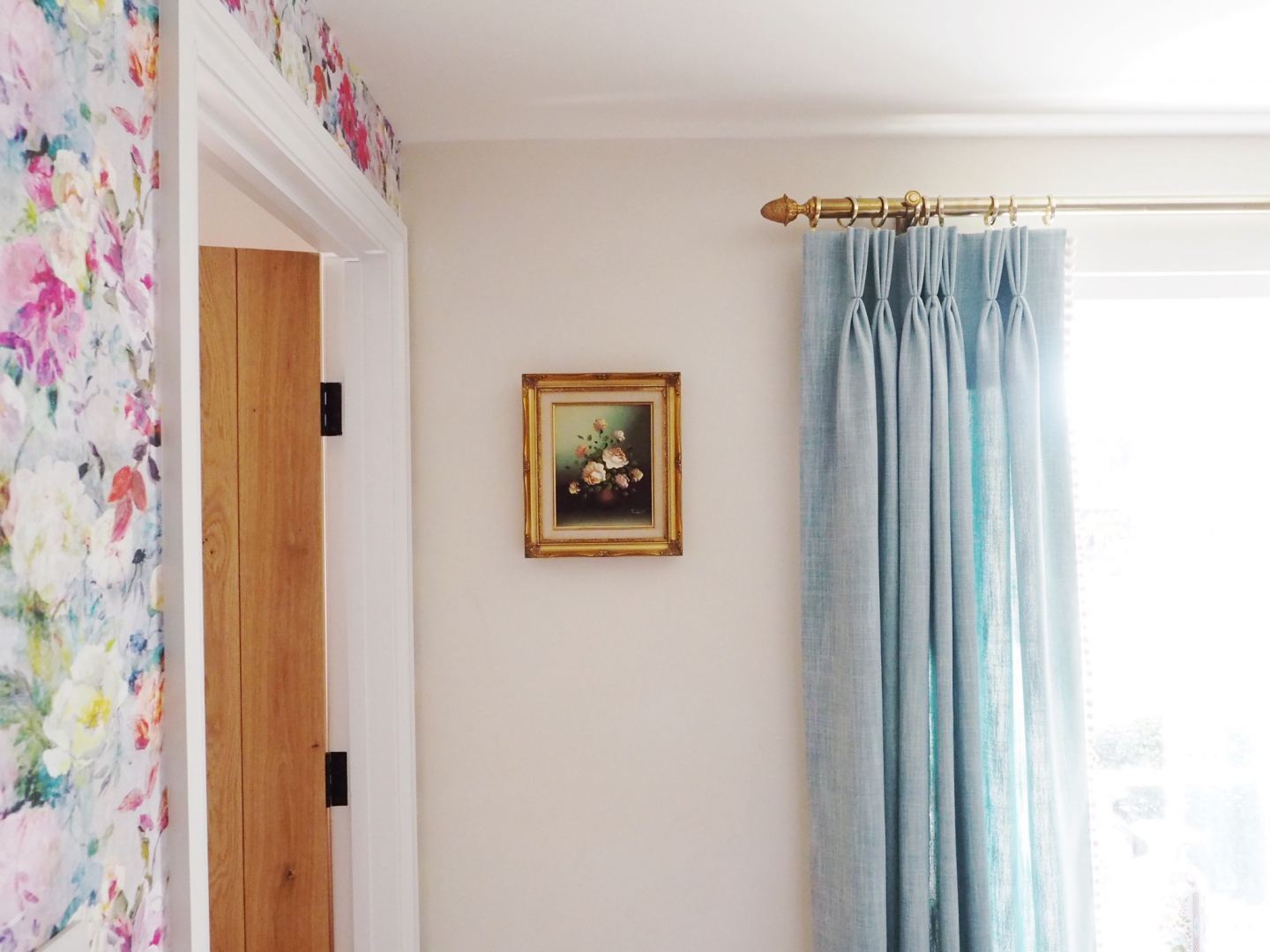 Our Landing: Before & After

Hello friends! Today I want to show you our landing, before and after! Although a lot of these pictures are more ‘mid renovation’ because we knocked out a room to make the landing. So if I was to show you the real before, it would basically not make sense because I would be showing you a room, so it would literally not make sense. OK… let’s get into it! 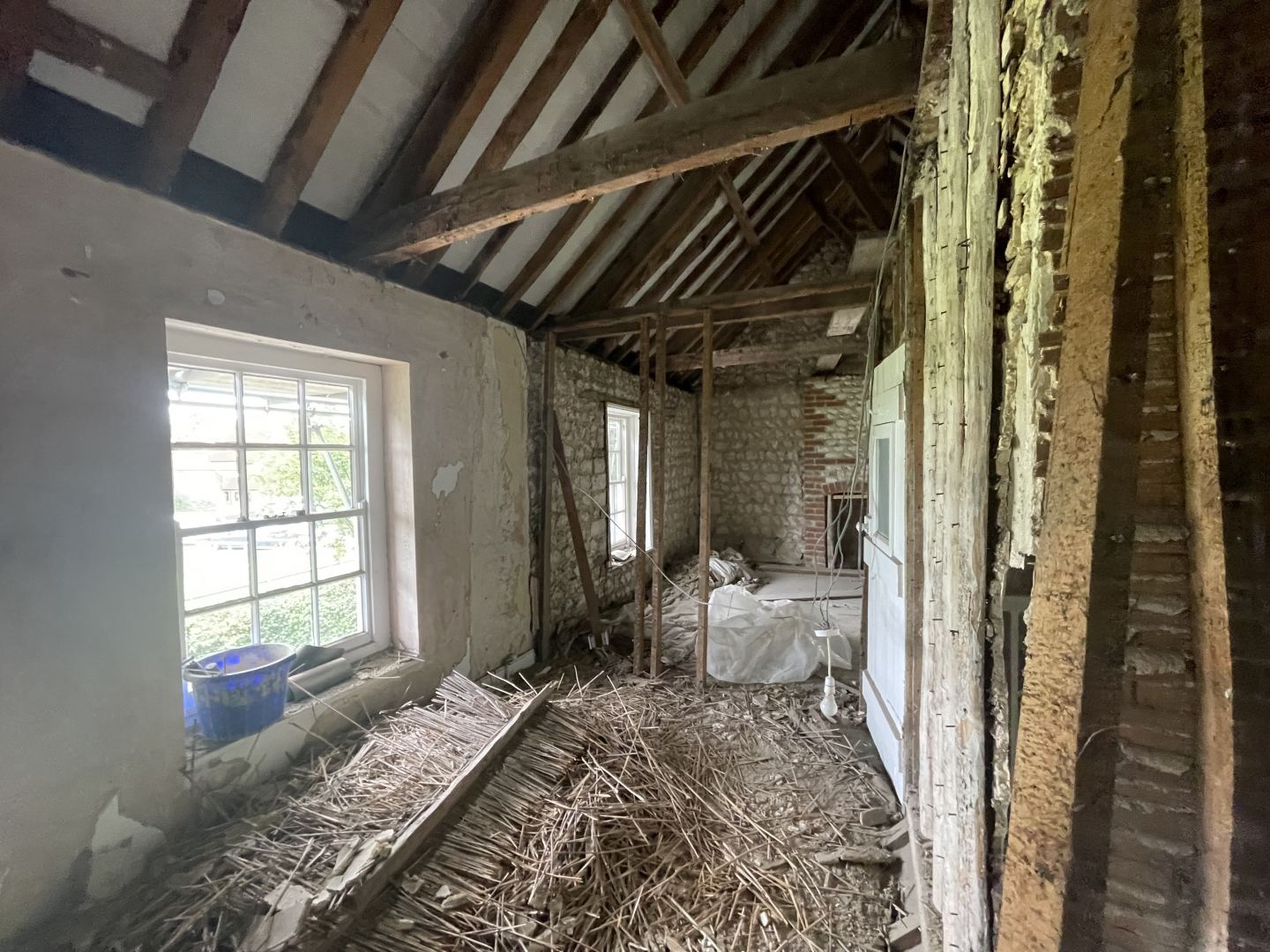 When we bought the house, the landing was a really weird space, it was quite dark as there was a tiny room at the top of the stairs which meant there was very little natural light in the landing. In fact, the only natural light there was came from glass panes which had been inserted into the doors to filter a little light into the space. So, it was a little dark and miserable. Another issue with the space was the fact that the staircase was lovely and wide, but the height was weirdly lacking. In fact, my boyfriend had to stoop when he walked down the stairs so he didn’t bash his head.

We had the idea of getting rid of the tiny pointless room at the top of the stairs which would not only allow a whole load of light into the space, but it would also mean we could remove some of the floor and give the stairs a little extra headroom. Originally we were just going to have it as more of a ‘C’ shape room, but my boyfriend pushed for us to open it up fully and make it a wall-around staircase. I was sceptical, but we measured it out and it wouldn’t ruin the proportions of the bedroom to the left, so we went for it! Thank god! It was such a good call!

Also, in the images you can see there was no ceilings, they had all been knocked out at this stage as they had been damaged by damp over the years, so we stripped them out after the re-roof and started fresh. When I say it’s been a major project, I’m not kidding! 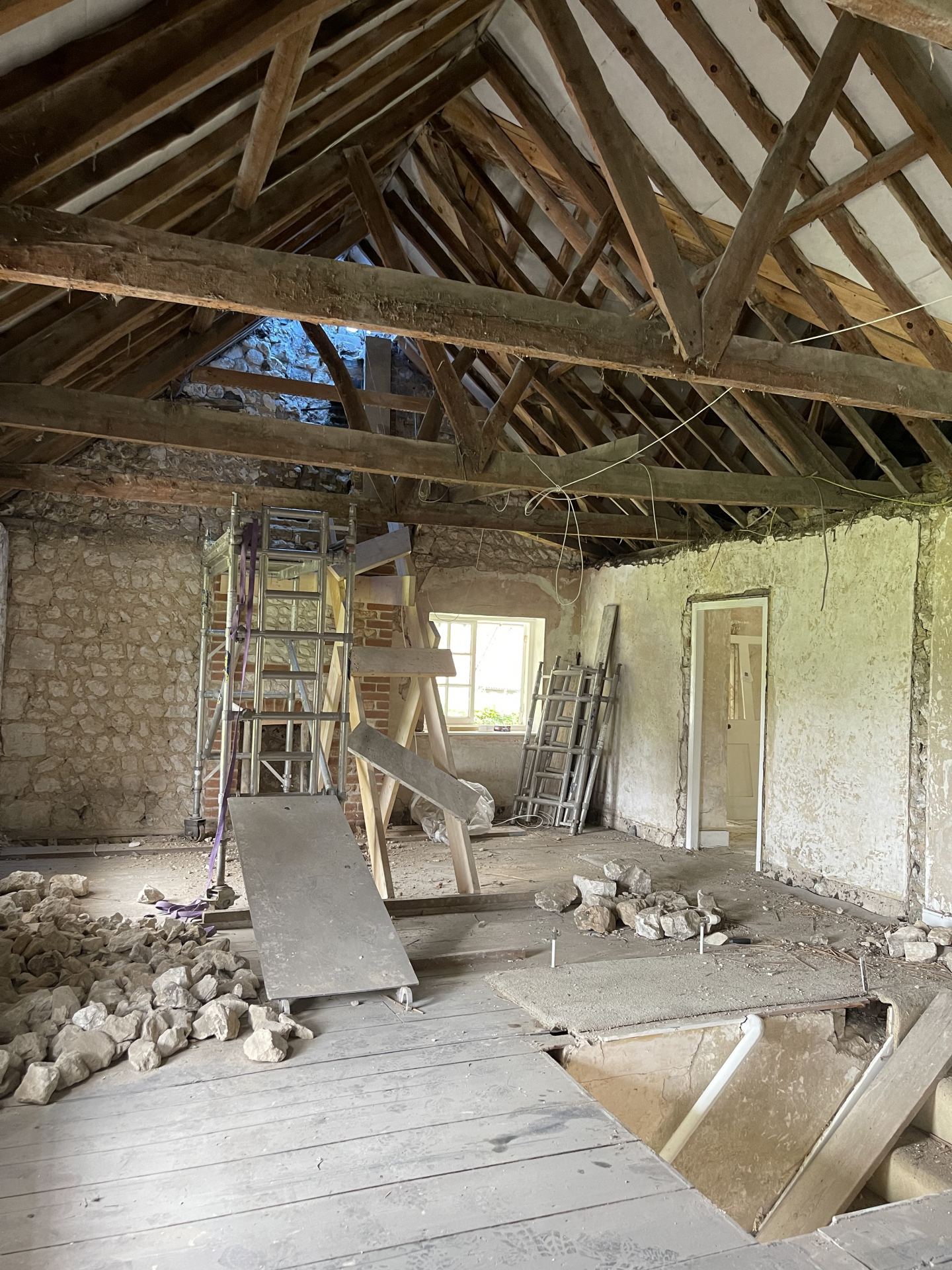 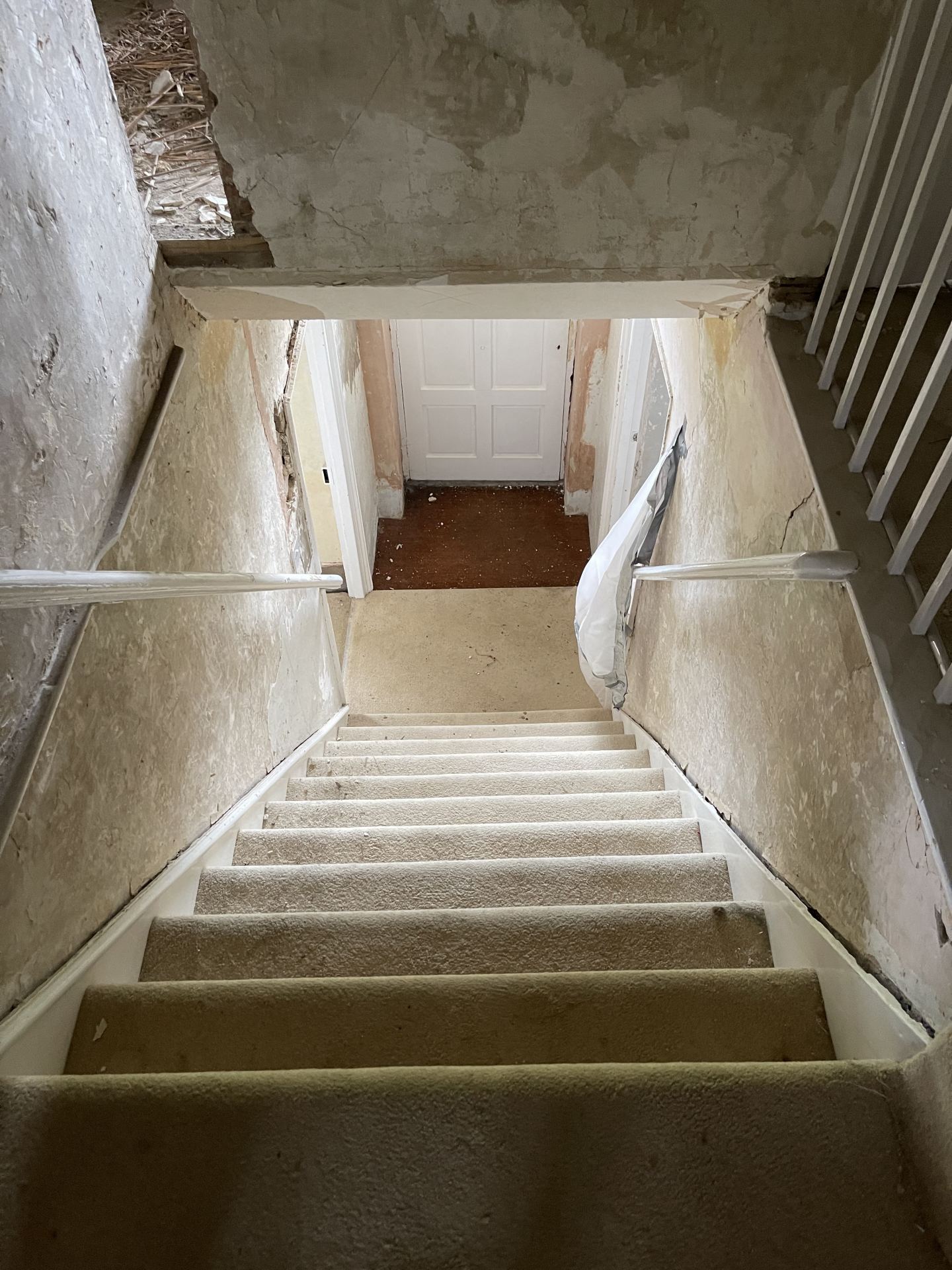 OK! So it’s kind of hard to see, but there’s no longer a room at the back, the staircase has been opened up to make it a full walk around. Sure, we lost a bedroom, but we gained a fabulous landing! Also, it means Jon no longer bashes his head when he walks up and down the stains when he forgets to duck! yikes! And it’s a much lighter, brighter space up here too! We also added in a loft hatch and a big ol’ chandelier.

In terms of styling, we added in handmade curtains, an India Jane chandelier, Designers Guild wallpaper and Chair, as well a vintage paintings I bought from eBay. As for the balustrade, I think we bought it from good old Wickes… eventually we will get the handrail too!

So tell me… what do you think? 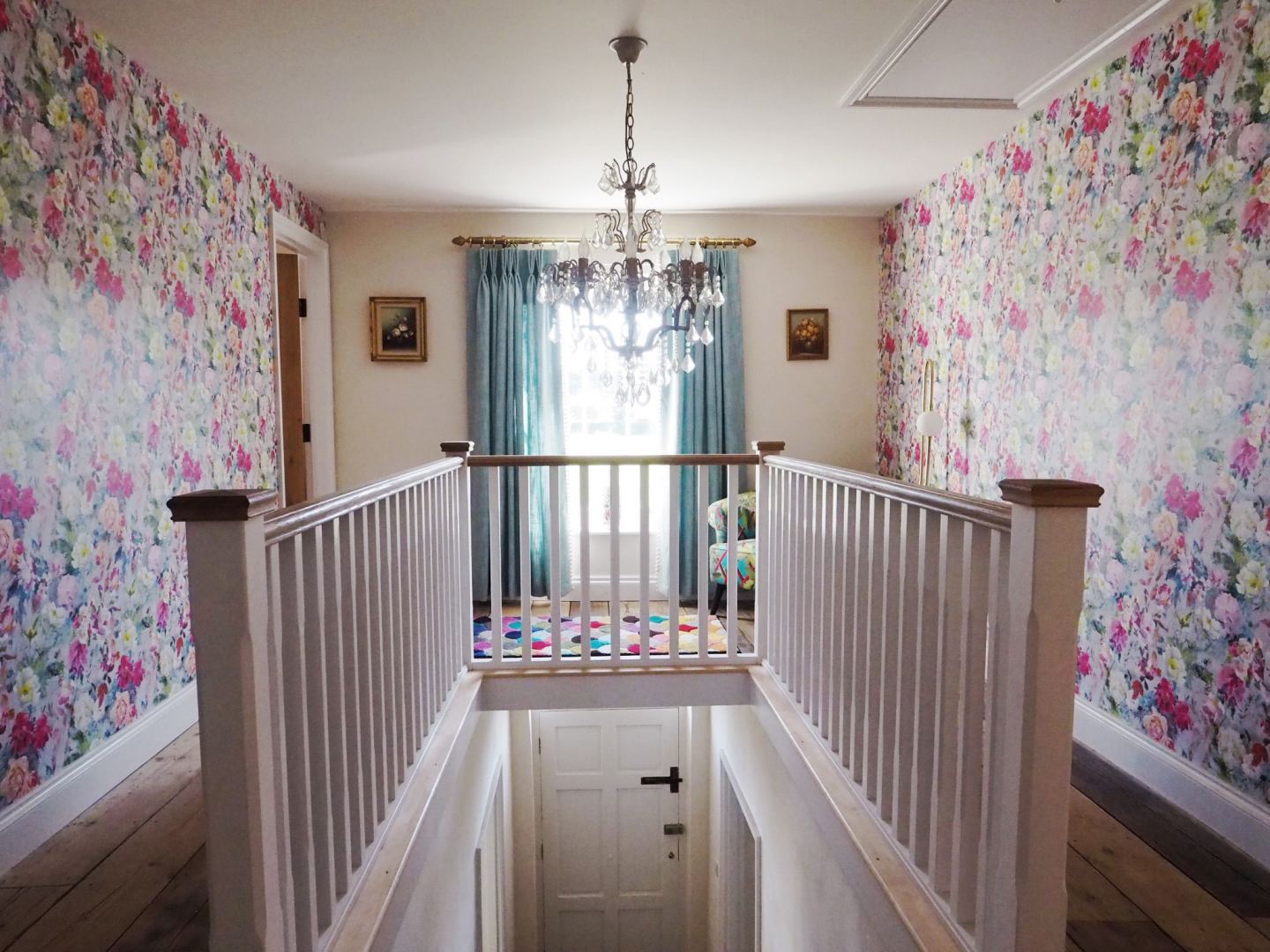 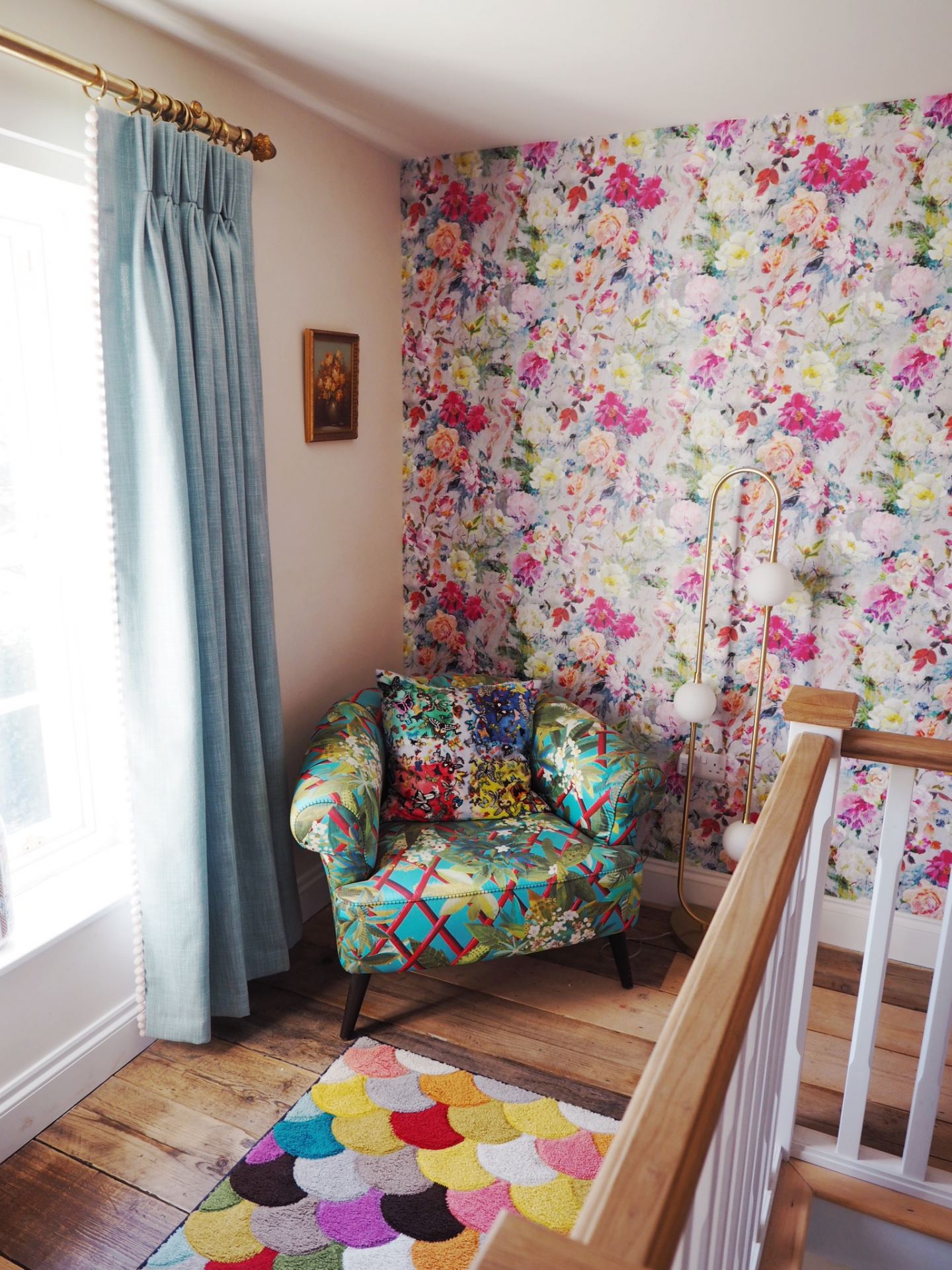 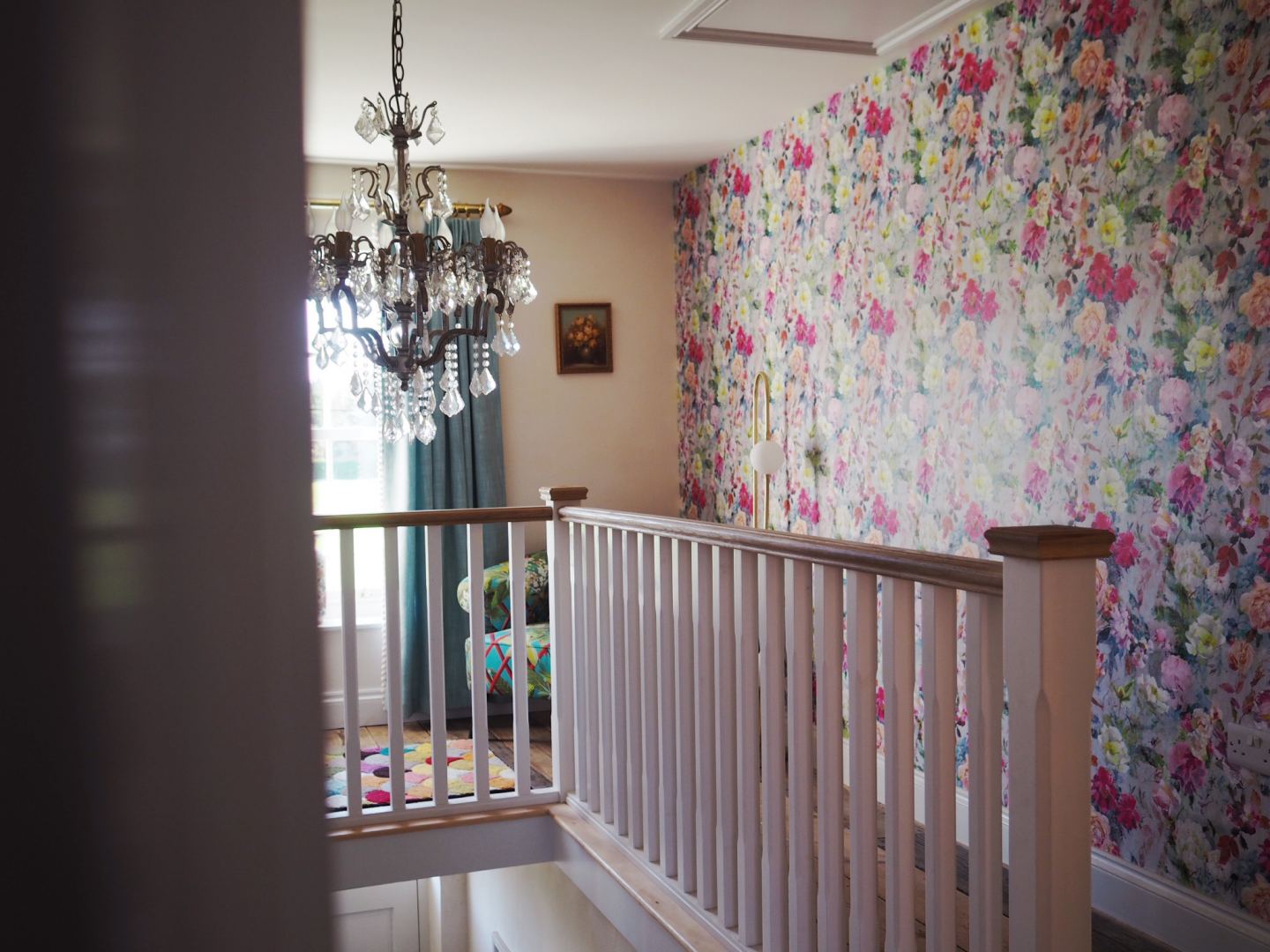