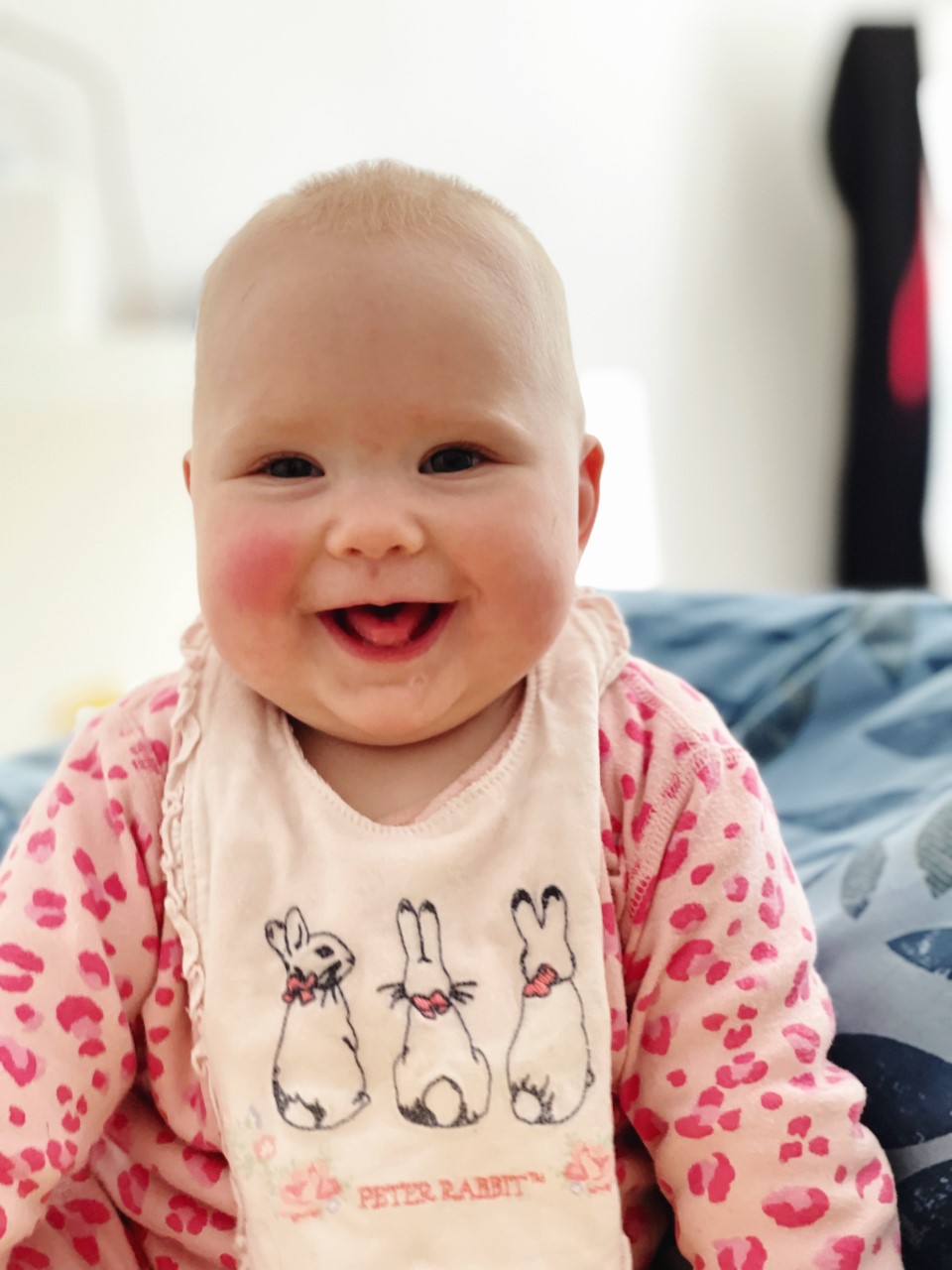 My Baby Had Tongue Tie; How It Was Spotted & My Experience Getting It Snipped

Hello friends, today I am writing a bit of an unusual post for me. I want to share my experience with Mary having tongue tie; how it was spotted, what effect it had on her feeding and what happened during the procedure. It’s a bit of a personal post, so if you don’t agree with it, please keep your thoughts to yourself as it’s not easy writing about experiences like this. I decided to share because it’s the kind of post I wish I had read when Mary was first born as I think it would have helped me a lot…

Also, I’m going to try and put as much information in this post as I can, but I am no expert and I’m just sharing my personal experience! with it OK! Let’s go!

It’s hard to know where to start with this one and it’s all a bit of a blur, but when Mary was first born she had all the initial checks including one for tongue tie and nothing was flagged up as an issue. A few days in, I realised I was really struggling with feeding and I thought (along with a midwife) it was due to my boobs being big and my nipples being small. I reached out to a fellow big-boob breast-feeding mama and asked her advice on positions and any tips she might have and she swiftly replied with ‘ASK THEM TO CHECK FOR TONGUE TIE!’. I told her that they had and I would ask them to check again (which I did) and then she generously sent me photos of her breast feeding her baby and shared her favoured positions of feeding with big boobs. Side note: Reach out to mum friends and ask them advice, it was so helpful and she was so generous with her time and knowledge. It meant a lot.

The best way to describe her feeding around this time is that she looked like she was doing the actions, but I could feel she wasn’t quite latched on. It also seemed like she would ‘slip’ off quickly and if felt like my nipple was both too big and too small for her mouth and it generally felt like her latch was quite shallow. I’m sure you already know, but the nipple is meant to be at the back of the babies mouth and it felt like mine was right at the front and she couldn’t quite get her mouth in the right place to get the milk out. It’s hard to describe and I’m sure others have different experiences, but that’s how it was for us.

Anyway, over the next few weeks I had multiple appointments with midwives and health visitors and despite the fact that feeding was an issue, tongue tie was rarely discussed as the cause and if it was, it was always in noted that she could stick out her tongue and she didn’t have a heart shaped tongue. Honestly, I blamed myself and my boobs. Feeding is hard, a hell of a lot harder than society tells you. Anyyywayyyy…

When Mary was two months old, we were at a routine check-up. Mary was being weighed and measured, when the midwife asked me about feeding, which was still a struggle. She looked at Mary and said ‘I want to refer you to the tongue tie clinic’. I was honestly shocked, I told her she had been checked multiple times, but she said that she wasn’t convinced and wanted the consultant to see her to confirm. She told me there was different types of tongue tie and whilst she could see she didn’t have a heart shaped tongue and she could stick her tongue out nicely, she wasn’t sure if she could lift her tongue high enough and thought that could be the problem. So she made the referral and we waited patiently.

The appointment was booked for the following month when Mary was three months old. I was told not to feed her for an hour or two before the appointment and to bring her red book and a bottle of breast milk (or formula if you don’t have any breast milk) with me. The appointment was short and started with the consultant asking me a series of questions about feeding and her health in general. And then it was time to look in her mouth… 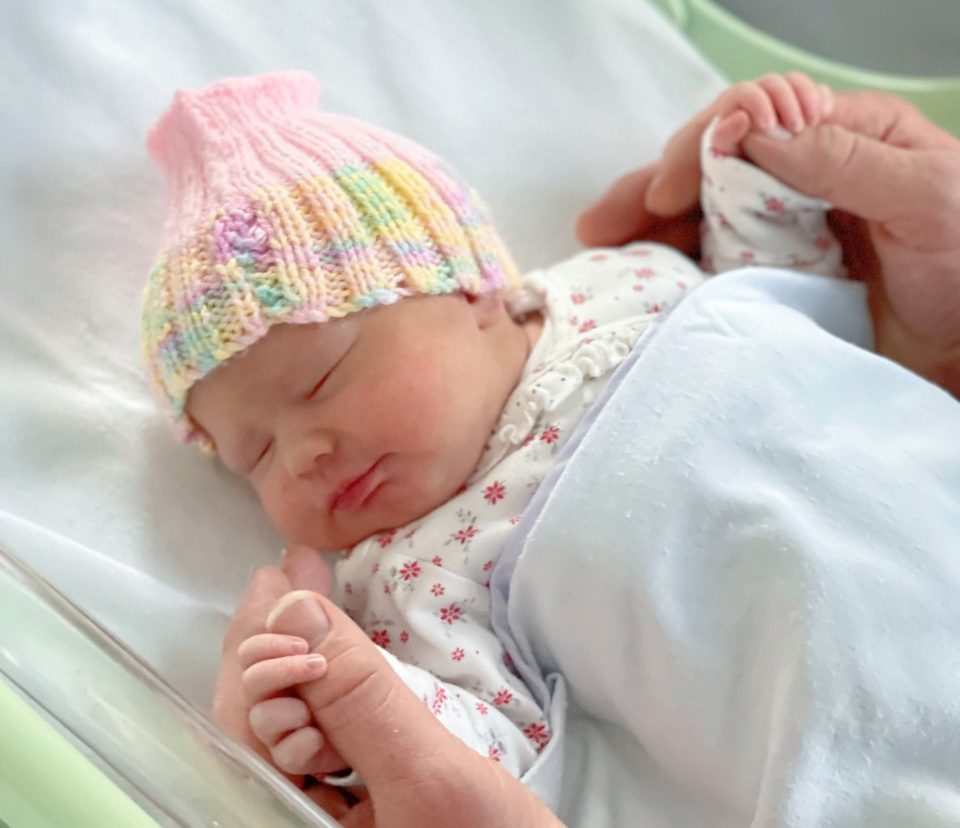 I’m going to be honest, from here on in, the appointment was really hard. They swaddled her in a blanket so she couldn’t moved her arms and lay her the bed with a rolled up towel under her neck so her head was tilted back. They needed her to cry so they could see in her mouth and I guess with a group of doctors surrounding her and the discomfort of her head being tilted back, she let rip. With her mouth fully open as she screamed, the consultant looked inside for a few seconds and confirmed she had tongue tie. She was passed back to me for a cuddle.

I think I was already a bit teary at this stage, so it’s a bit of a blur, but I signed the consent form and formally agreed they could do the necessary cut. I asked if I should watch or hold her and the consultant firmly said ‘no’. Instead, I was told to be ready to take her as soon as they were done and give her milk instantly.

They put her back on the bed and swaddled her again with the rolled-up towel behind her neck. She was really distressed by this stage and screaming hard. I’m not going to pretend it wasn’t upsetting, because it really was and I was crying along with Mary. The cut took a split second and as soon as it was done, she was thrust in my arms. I quickly gave her a bottle of breast milk to try and soothe her and she calmed down fairly fast. The consultant and midwives were incredibly kind and gentle with us both and it was over super quick, but it was upsetting. It was the first time she cried real tears and I felt SO guilty for putting her through it. That being said, I know other people who have had it and said it was a far easier experience for them. I have heard that the younger they get it done, the less aware they are of it they are. Whilst three months is still very young, from what I hear, most tongue tie procedures are done a little earlier at around 6-8 weeks, if not before.

In terms of caring for her mouth after the procedure, I was told it’s important to keep her mouth as germ free as possible. Mary likes to suck her hands so she had to wear mittens for a few days whilst it healed (I would advise you to take a pair to the hospital – I had to stop by the hospital shop and buy her a pair. Socks also work a treat!) Also, I was told if she used a dummy, so make sure it’s kept regularly sterilised. Aside from that, the aftercare is really straight forward and you are told to keep and eye out for bleeding etc.

Finally, I just want to mention, in my baby massage class there were six mums and three of the babies had tongue tie. So, it is very common and it makes breast feeding really hard. Granted if breast feeding isn’t important to you, you don’t need to worry, but if you are struggling to breast feed and you feel like this could be the issue, it might be worth pushing for a referral from your midwife / health visitor, or looking into getting it done privately, if you can afford to. If I knew then, what I know now, I would have pushed for a referral earlier on or happily paid for a private appointment, but I just didn’t know. The main thing is, it got sorted in the end.

Mary is still on 100% breast milk, but it’s not been an easy feeding journey, so I might share more information soon, but for now, I thought it would be helpful to share our experience with tongue tie. If you have any questions, please do let me know and thank you for reading!! Also, being a new mum is hard, so be kind to yourself and your new mum friends. Support is important.

PS. Feel free to slide into my DM’s if you have any questions. I’m @labelsforlunch on instagram. 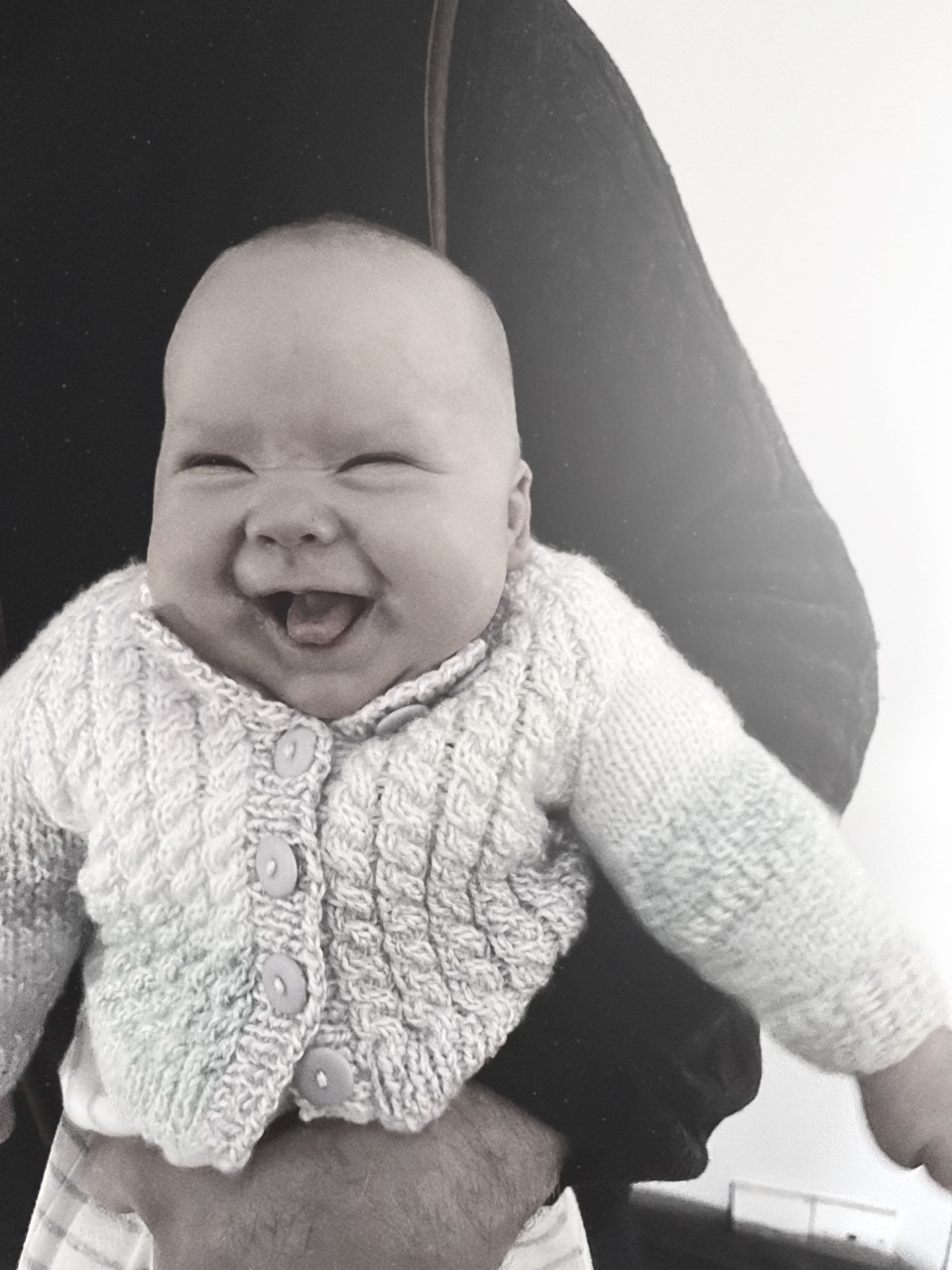