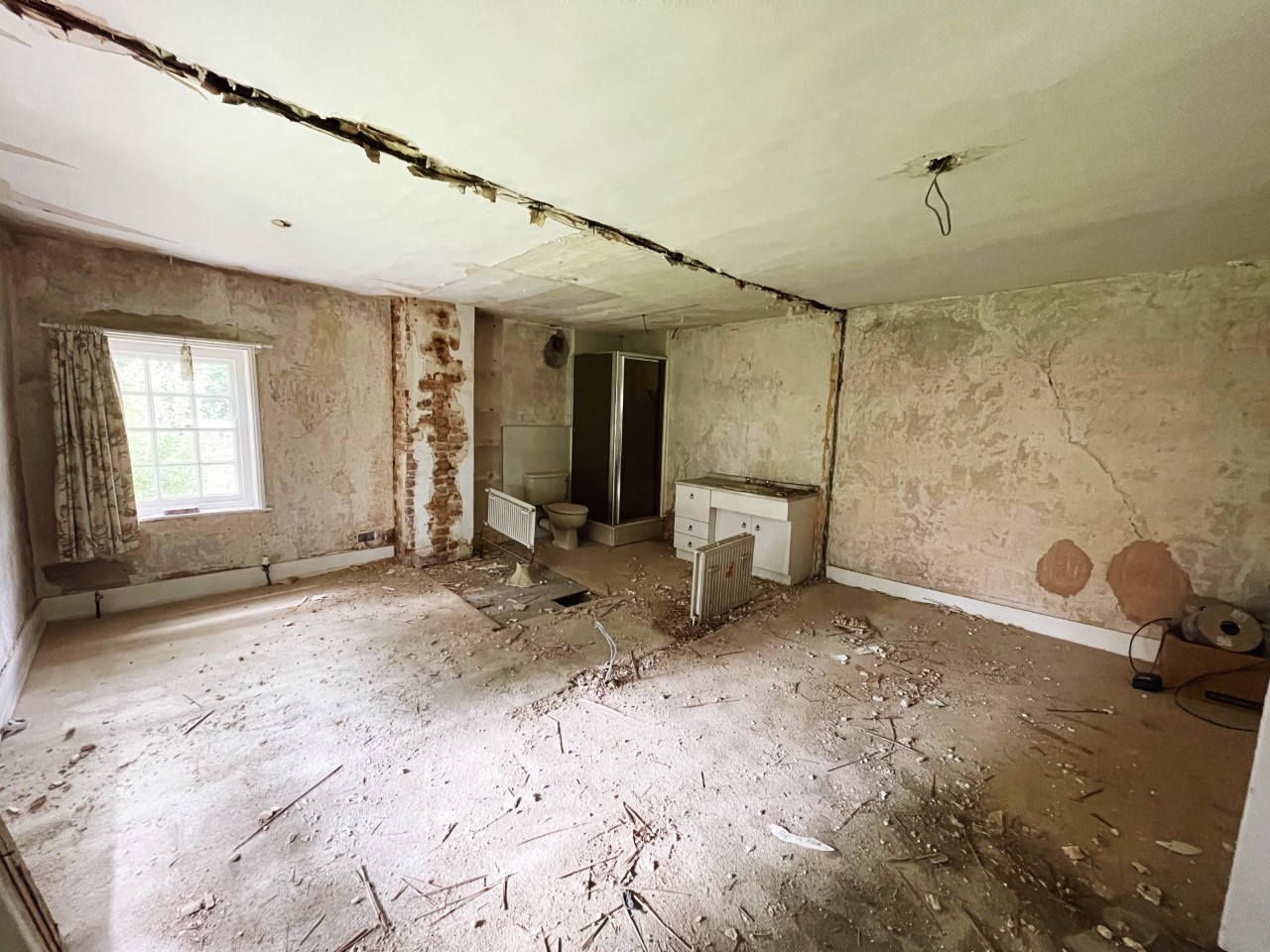 Our Home This Week

Hello friends! I just thought I would stop by today and share a few photos of our renovation so you can see where we are up to. It’s looking pretty crazy, but we are actually feeling pretty good about it!

We are *hoping* to get back in the house before the baby is due, but honestly… who knows!!! Here I am doing a pregnant mirror selfie, oh and I’m not wearing the hard-hat for fun, it’s actually a requirement before we step into the house! 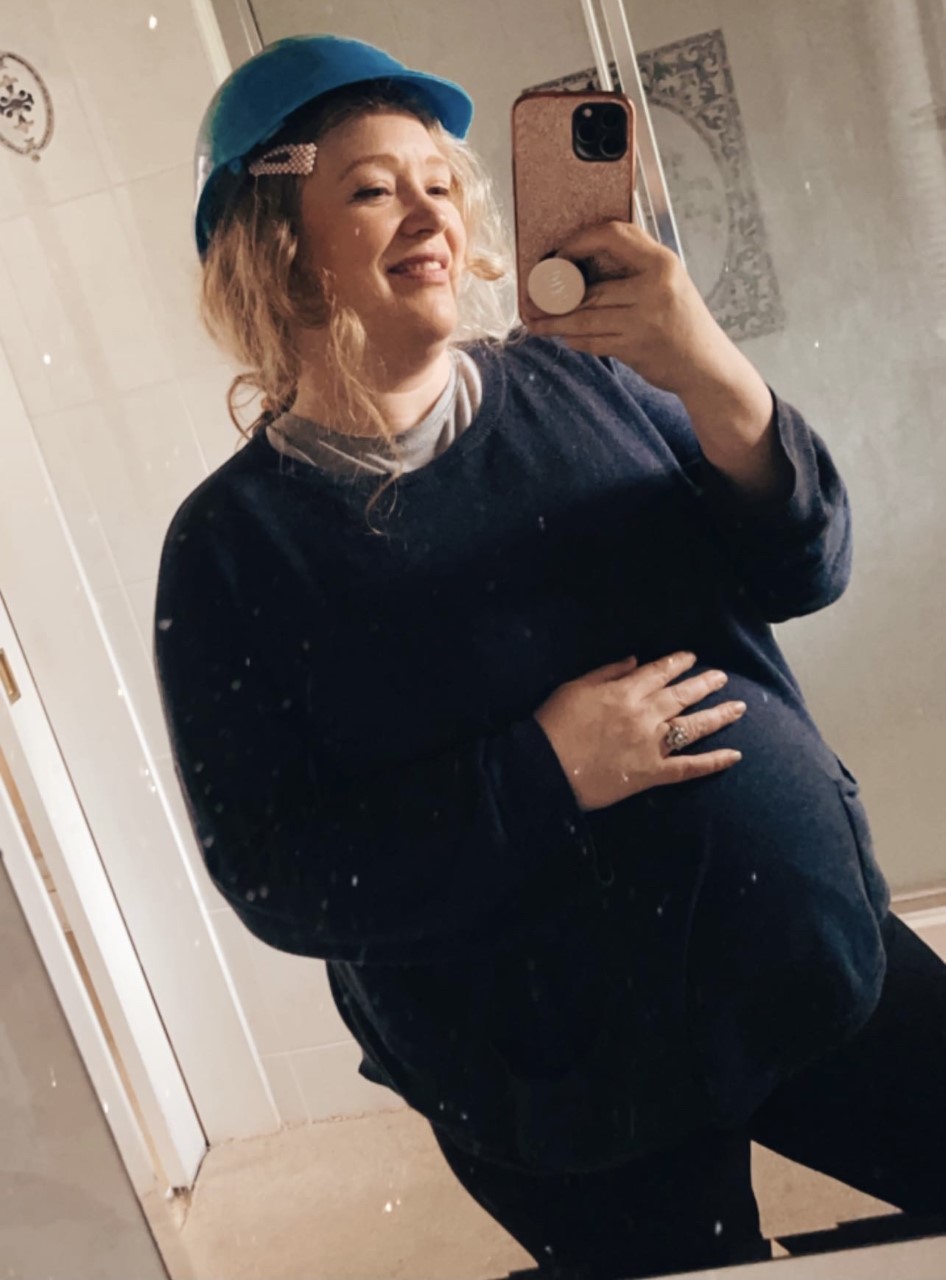 The first picture is before the wood panelling was taken down, the second is after… but the photo of my poor sofa had to be included! The stud wall is down so the room looks a beautiful big size. There was a beam hiding under the stud wall which we think is going to be a stunning feature and we *think* the fireplace will come out so that we can put an AGA in it’s place. AGA’s need solid floors and strong foundations and since the rest of the room is wood floorboards, the fireplace area is the perfect place to sit it as it’s already a solid floor and foundation to sit it on… Also, there is going to be 2 new windows added in this room, some extra steels and lintels for strength and all the other windows are being replaced too. I think this room could be the one I’m the most excited about. It’s going to be a stunner! Also, the wallpaper you can see was hidden behind the panelling, I can’t even imagine how old it must be! 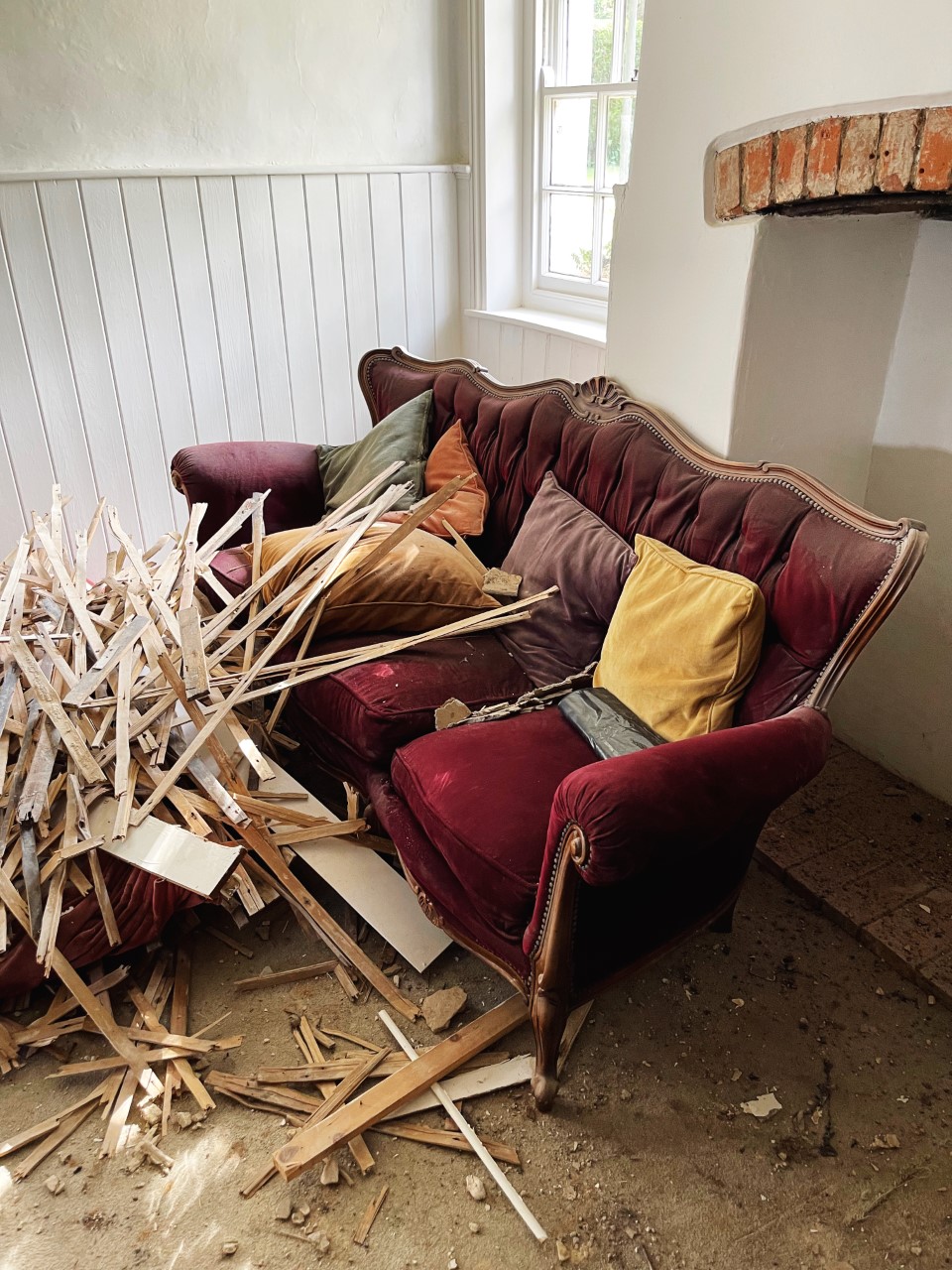 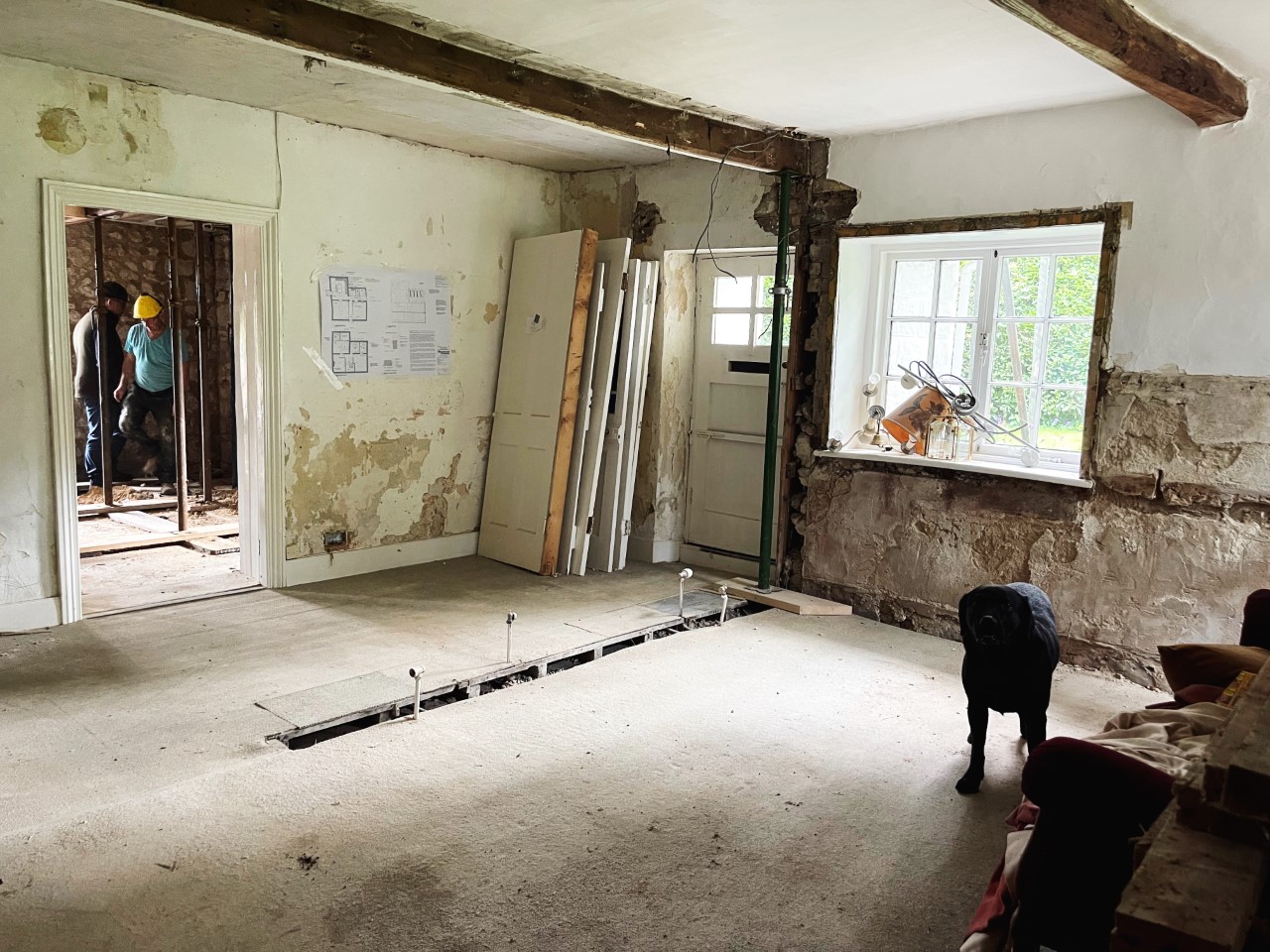 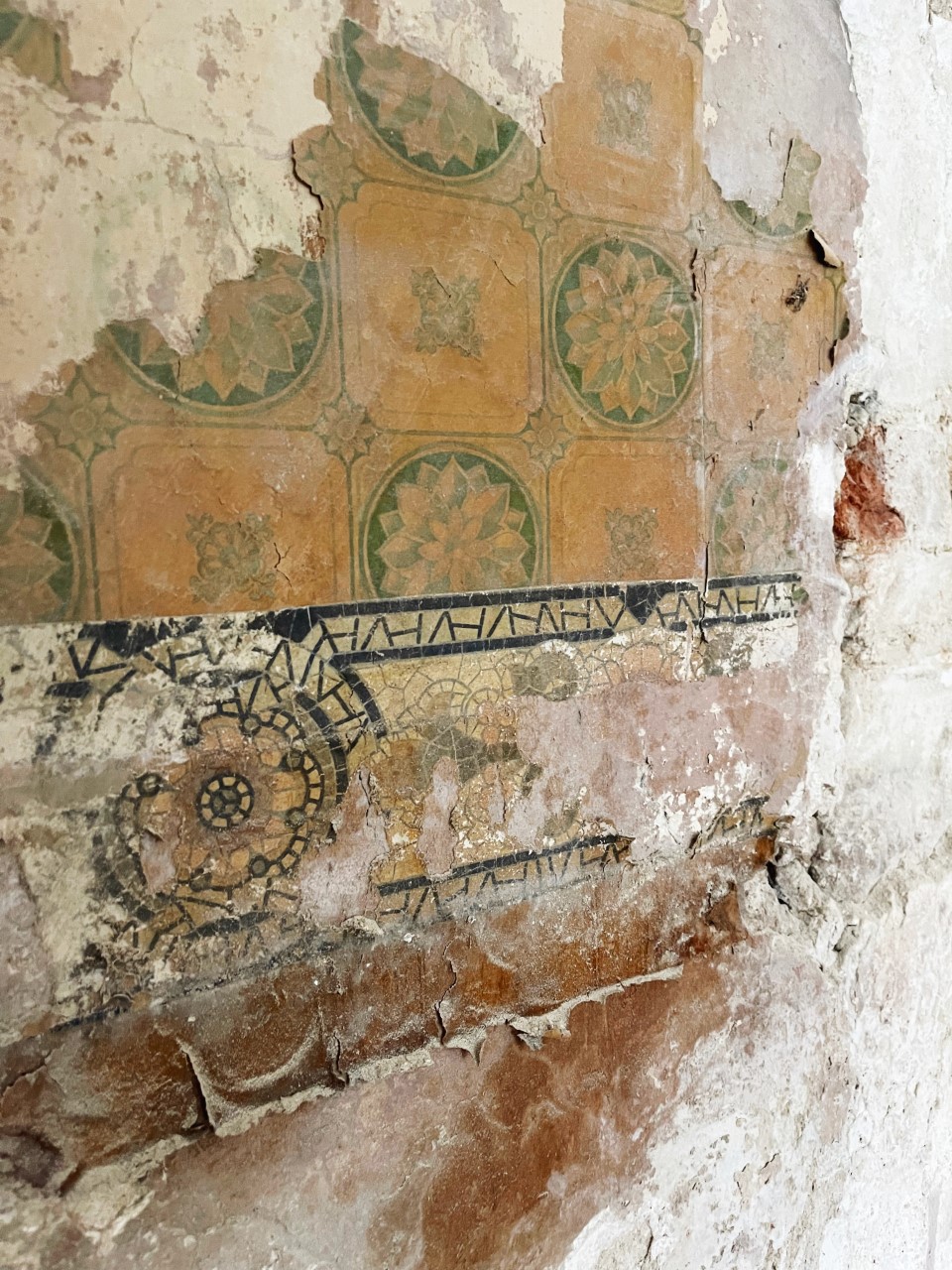 Not much has happened in this room for a few weeks, but I thought you might like to see the chalk block the house is made of. I think this room is quite fantastic as it is now, but don’t worry, it won’t stay like this forever! 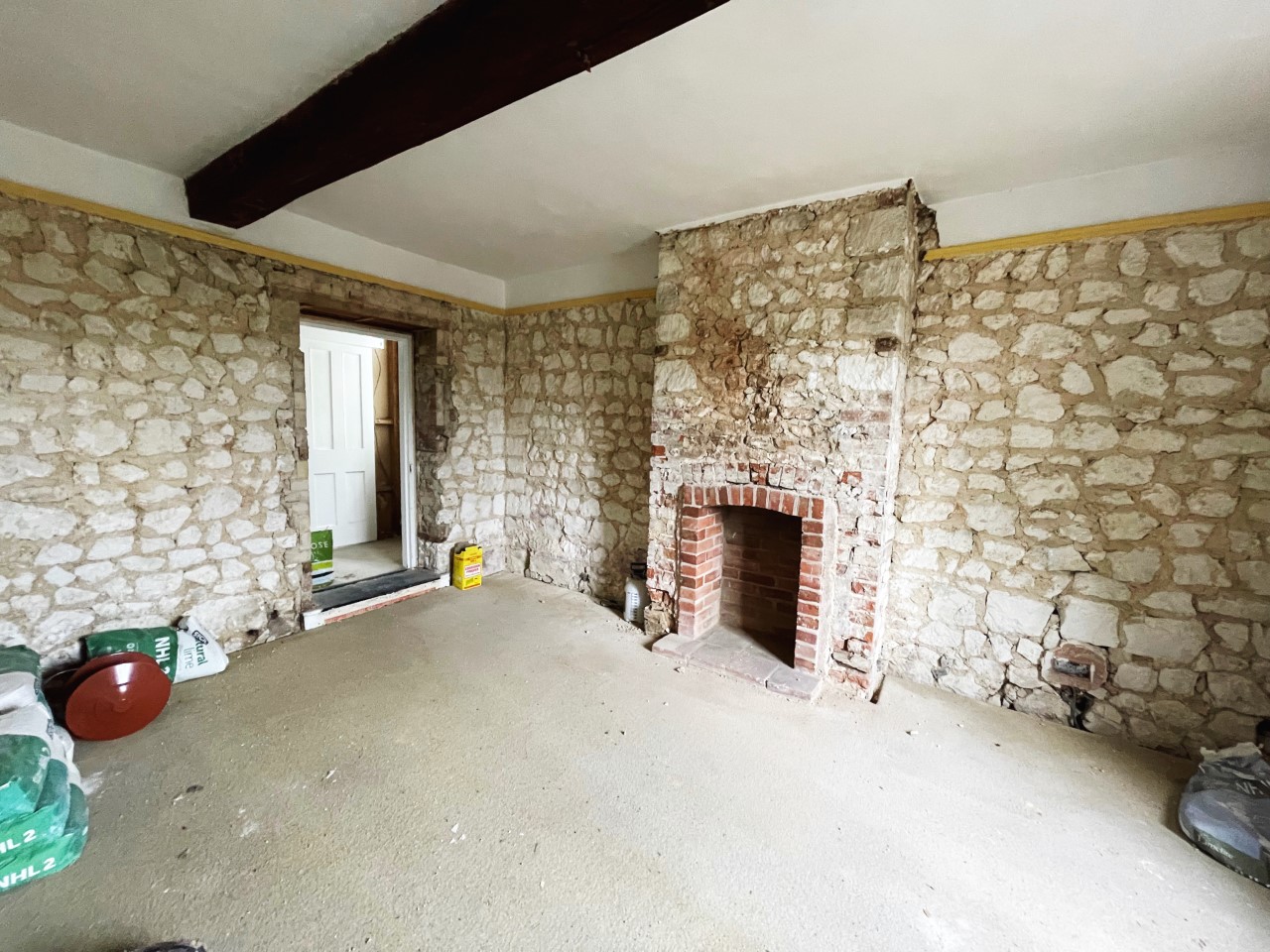 This is the master bedroom and where we had been sleeping for the past FIVE months!!!! Crazy right?! It’s been completely opened up and I’m in love with the size!! We are adding in a walk-in wardrobe and en-suite bathroom, extra window and the chimney breast will be removed as this is above the fireplace in the kitchen which is also going to come out. Weirdly the chimney stack on the top of the house was removed years ago, so that fireplace is completely unusable anyway. Oh and the old bathroom suite will of course be removed when the plumber is on-site in the next week or two. 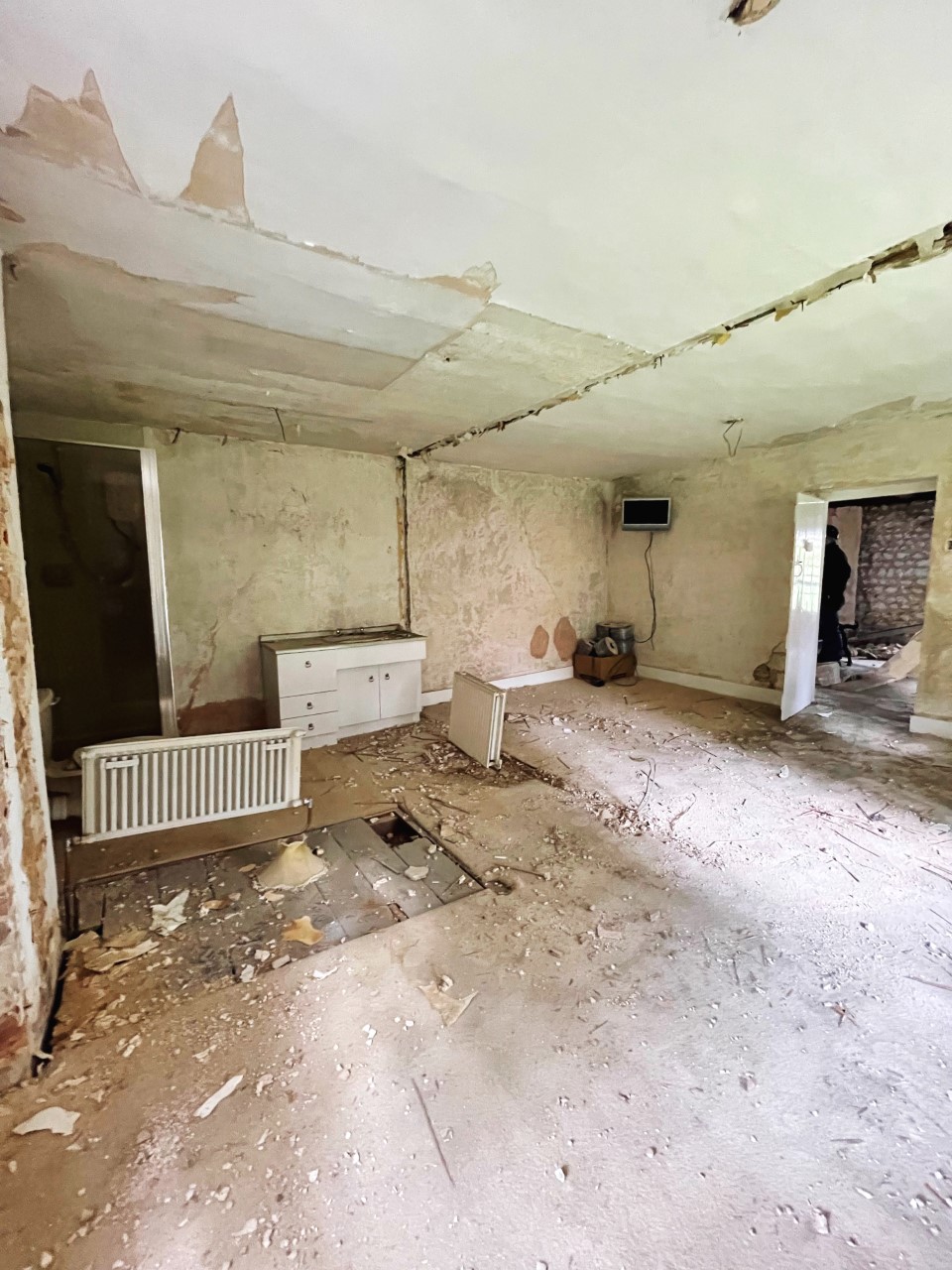 No joke, the end part of this barn-esque room will eventually be the babies nursery! It has a way to go, but I think it’s going to be lovely! Oh and the door into the master bedroom is going to be moved and the landing is going to be opened up too… I’m excited! As for the blue light at the top of the room, that’s because the chimney stack had to be removed and there is currently a hole in the top of the roof! We had a reroof a month or two ago before we knew the stack had to be removed, but thankfully the scaffolding is still up as the roofers have a small section left to do where the dormers are being added in. 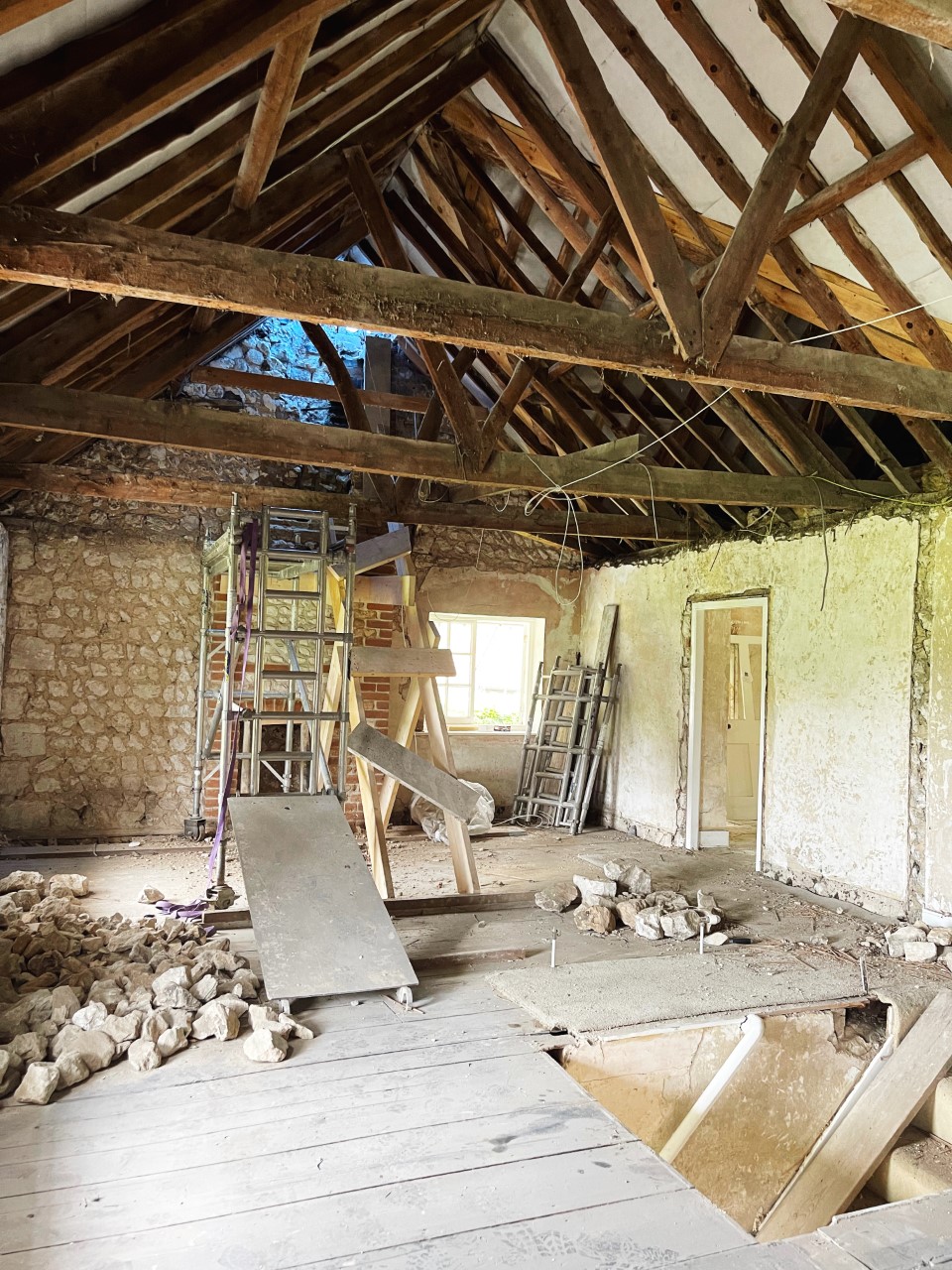 And there we have it!! Our home this week! What do you think?  And no, we aren’t living here at the moment – thank goodness!!! Also, here’s a little chat video sharing what’s been going on recently!