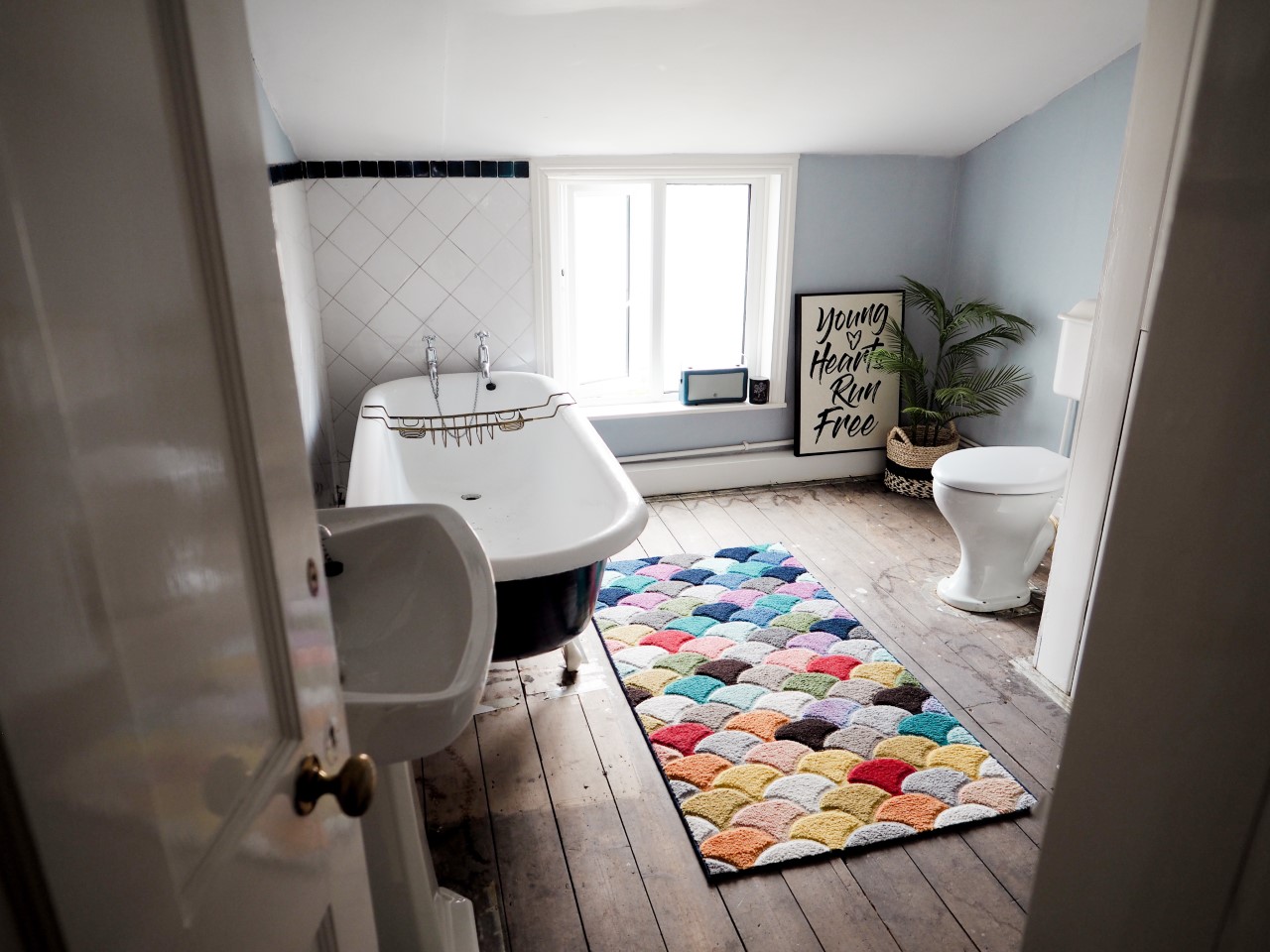 Hello friends!!! Today I wanted to share my super quick zero budget bathroom mini makeover with you! This room will eventually be transformed, but before that, I wanted to spend a day giving it a bit of a freshen up by removing the carpet and adding in a few accessories to make it feel a little more homely. Eventually this room will be completely remodelled with new flooring, wallpaper on the ceiling slope, the built-up cupboard removing, the hot water tank being relocated, the bath being moved and a shower being added. We are even discussing the idea of raising the ceiling height and adding in a cat-slide window, so a LOT will happen in this room…. but until then, we have to use this bathroom and I knew with a few hours, I could make it a whole lot nicer for us to use in the next few months / year. Also… if you missed it, I moved house!! 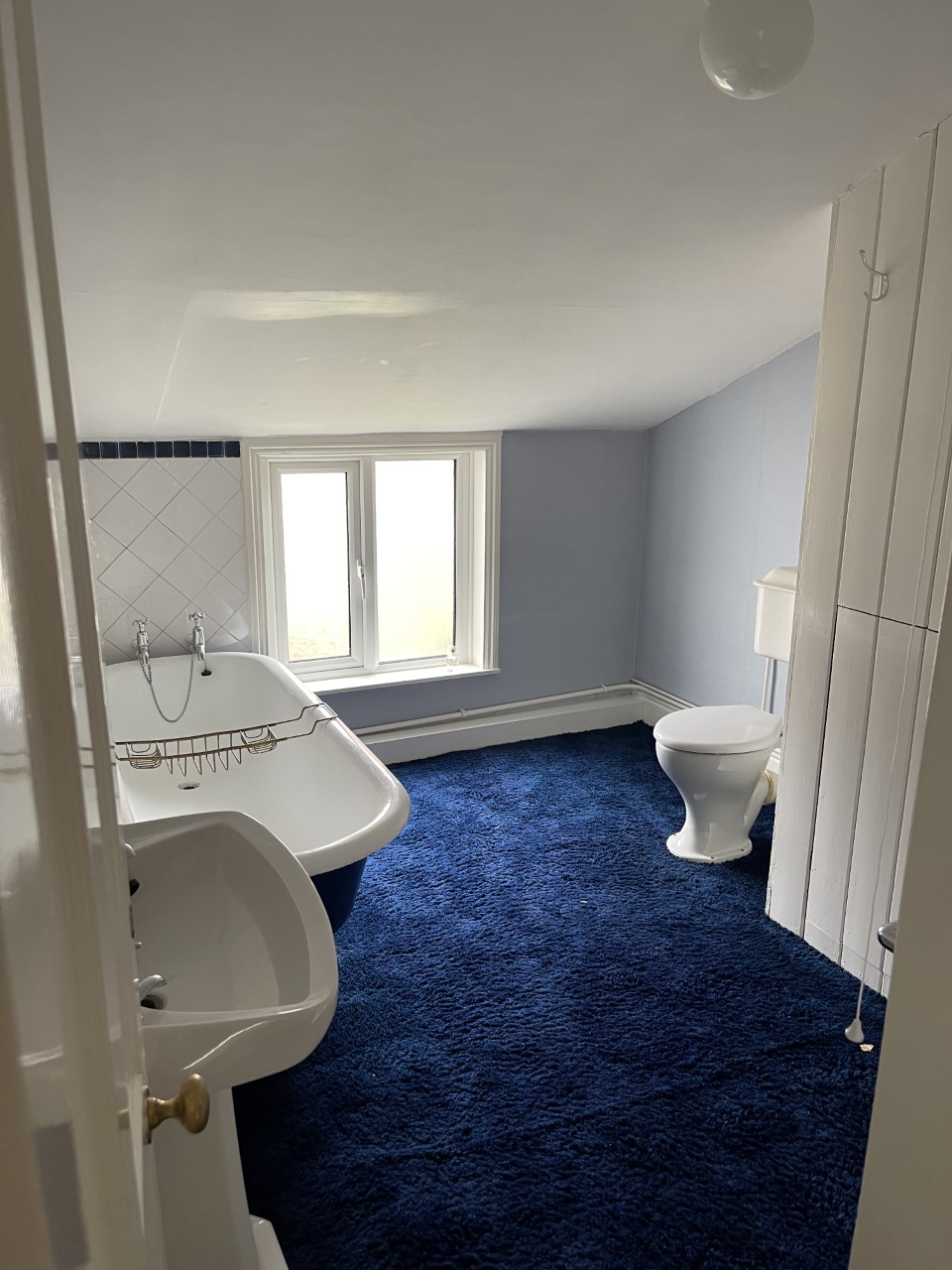 There are three bathrooms in this house and eventually they will all be ripped out. There is one downstairs which we will use the plumbing to covert into a downstairs toilet and laundry room. There is an en-suite in the master bedroom which was fitted in the early 80’s and feels pretty grim. Then there was this one, at the top of the stairs and serves as the main bathroom. This bathroom was old, but IMO had the most potential. I actually really love the cast iron claw-foot tub; these are pretty rare and expensive to buy so I feel lucky we have one and I think with some new Perrin & Rowe (or similar taps) and a re-enamel it could be pretty special. The toilet is also really old and rare which is fun and the sink is also original and a nice shape. We paid for a deep clean of the whole house before we moved in and actually, this room came up so well that I felt a quick fix could work wonders… with is what I did!

This mini first fix makeover was literally about an afternoons’ worth of work. I got busy ripping up the carpets and bagging them up. I gave the floorboards a bit of a scrape to get the gaffer tape off and some general muck, plus a few good hoovers. Then I simply added a faux plant, a print and a rug. The plant and the picture help draw attention away from the pipework and the rug was to make it a little cosier and also save our feet from splinters. It was actually a rug I was thinking about getting rid of, but I figured it might come in handy for a first fix makeover until the renovations were done. And actually… it was perfect!!! I don’t know if you remember, but this rug was in the Airbnb of our old house and it was a little sun-damaged, so I’m glad it got a little extra use before it was time to get rid. Also, when the electrician comes round, I’m hoping he will change the light fitting too, this room could do with a chandelier! 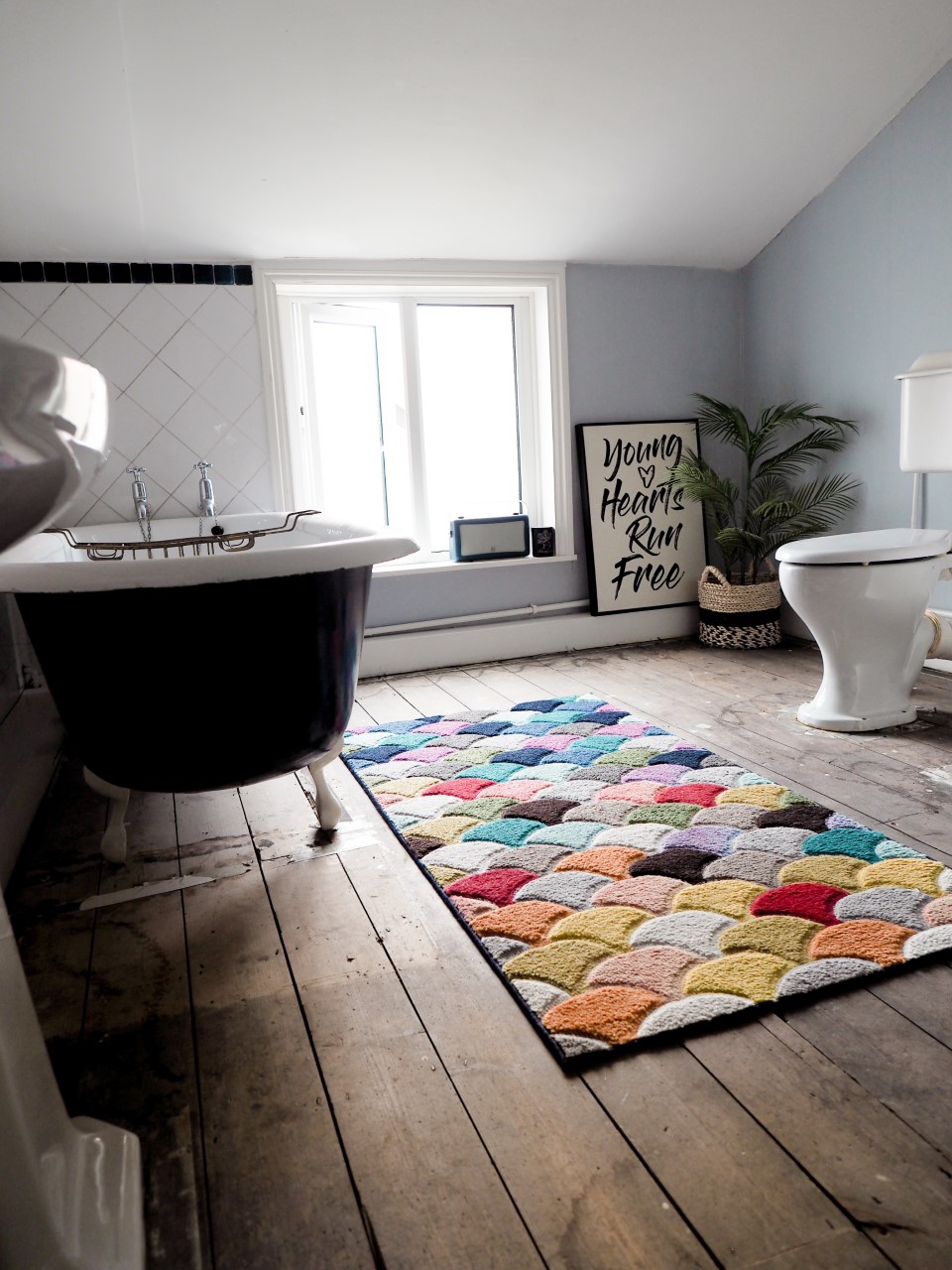 Honestly, I probably could have left it how it was. It’s not like I’ve done anything major in here, I haven’t laid vinyl tiles or even painted – although I might at some point. I just ripped up the carpets, which were the most offence part of the room and added a few accessories to make the room feel more like home. It was less than a days work, cost NOTHING but actually, I feel 100% happier every time I use this bathroom to wee or clean my teeth. Until the renovations are done, we still have to live in this house and quick fixes like this don’t take a long time, but they do make things feel so much better and cleaner.

Ta da!!! There we have it! I hope you like my ZERO Budget Bathroom Mini Makeover! Like I said, it was a days’ work and just a quick fix for the short term, but honestly, it feels SO much nicer in here! I’m so happy I took the time and effort to do it! 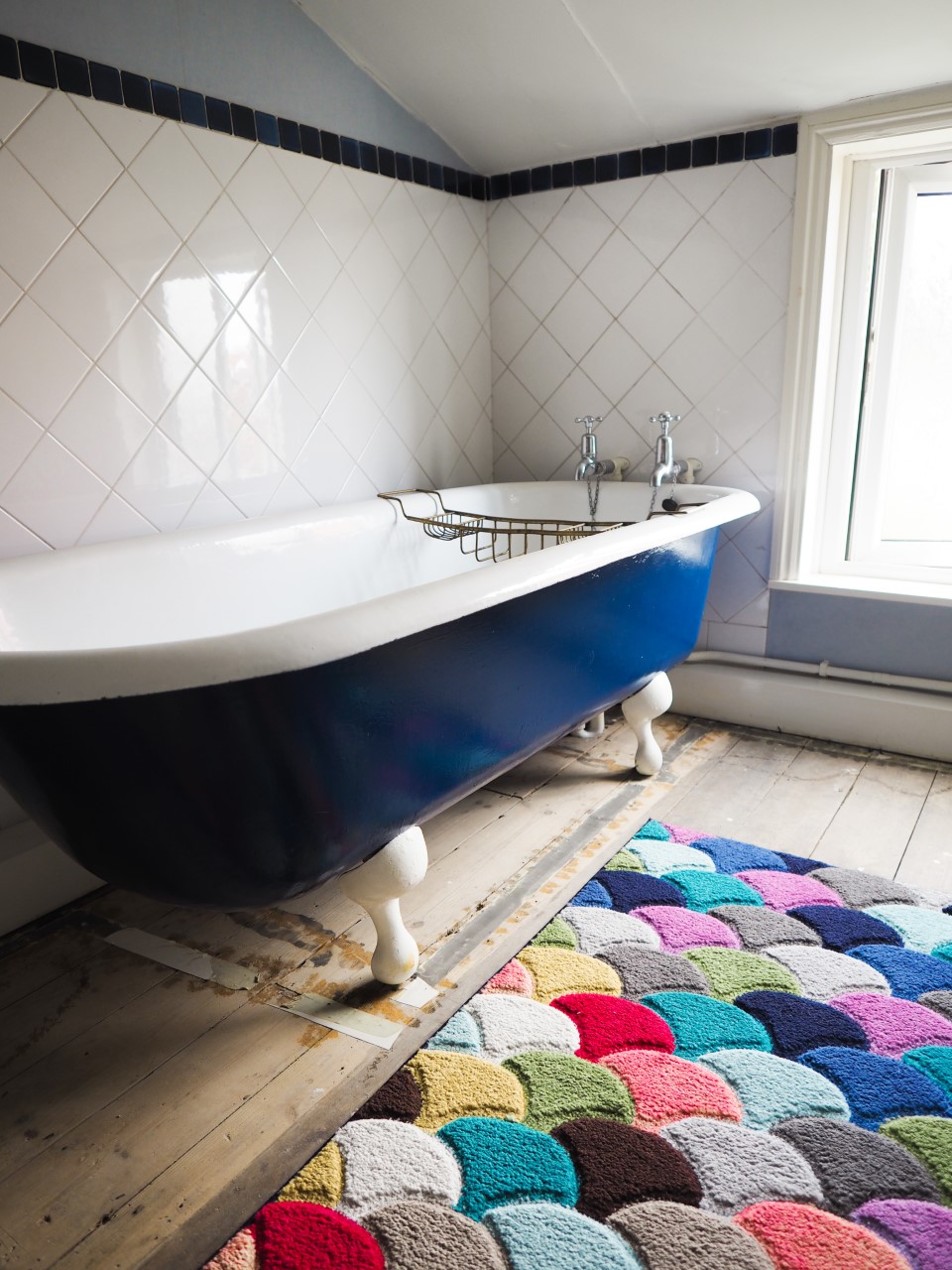