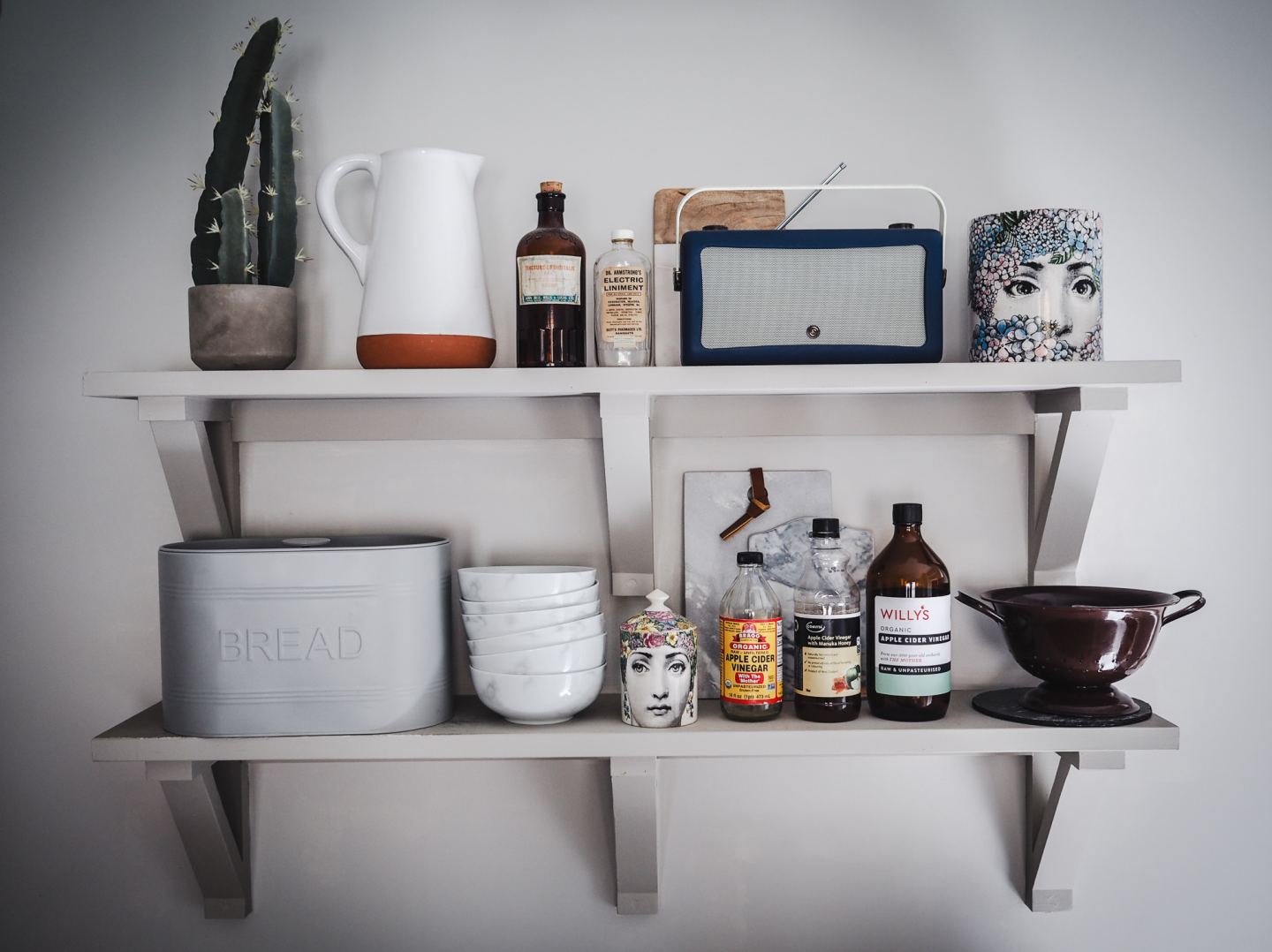 My friends, today I want to share 7 Benefits Of Drinking Apple Cider Vinegar, as well as which are the best tasting apple cider vinegars, how much to drink, tips for drinking it, what is ‘The Mother’, how much it costs and SO much more!!!! I am a huge fan of Apple Cider Vinegar and I hope by the end of this post you might be too and all your questions might be answered!! OK! Let’s get going!

Why We Drink Apple Cider Vinegar

When I lived in London there was a big craze for drinking ACV with cayenne pepper and water, as some kind of weird detox thing. This sounded like hell to me, but actually, I did quite enjoy the taste of a few drops of ACV in water and I figured if it was good for me… why not?! I’m not into sweet squashes, so this was a way to have water with a little zing. Over the years, I forgot about it and then a friend recommended it to me because my boyfriend was struggling with acid reflux. He was on pretty hefty medication for it and a friend of mine suggested trying ACV and recommended we try Bragg’s because it included ‘The Mother’ and it all started there! Just so you know, my boyfriend is no longer on medication for his acid reflux, but he does still glug a little ACV every day to keep it at bay. Fun fact, he’s such an ACV devotee, that when he lsat travelled to Seattle for work, on the day he arrived he walked the 60minute round trip to Whole Foods to buy a bottle for his trip!

What is ‘The Mother’ and why is it important?

‘The Mother’ is a culture which is inside raw, unfiltered apple cider vinegar, it’s where the magic is! Not all ACV’s are made equal and it needs to contain ‘The Mother’ to give you the benefits above. If you are a fan of Kombucha, it’s a similar thing, it’s a living culture which contains friendly bacteria and gives you all the goodness. A lot of supermarket ACV’s don’t contain ‘The Mother’, so you do need to check the packaging to make sure it mentions it. All the ACV’s I recommend do contain it. You will see ‘The Mother’ as a cloudy, almost dusty looking substance in the bottom of the bottle. A little like you see in kombucha if you have ever brewed that at home. it kinda floats around at the bottom!

Where to buy the BEST Apple Cider Vinegars?

This is a tough call, but I go between Bragg’s, Comvita and Willy’s. All very high quality apple cider vinegars and all contain the all-important ‘Mother’ culture. I know this sounds kinda nuts, but I personally love Bragg’s, they are a good staple, but I do think their ACV is quite inconsistent, some bottles taste better than others and even more ridiculous sounding, the bottles my boyfriend bought back from America taste way better than the ones we buy here. I know. I know! You can’t go wrong with Bragg’s but at the same time, that is something I have noticed!! Next, Willy’s a GREAT Apple Cider Vinegar and in many ways, I would say superior to Bragg’s. It tastes better, much more apple-y than Bragg’s and actually, more in line with the American bottles of Bragg’s. It’s got good flavour, it’s high quality and I generally just really like Willy’s. Also their sparkling cans of apple, ACV & Kombucha are SO good, truly a treat! Finally, if you want a slightly sweeter and possibly easier-to-drink ACV, I would say give Comvita a go. It contains a tiny amount of their iconic Manuka honey and it gives it a nice sweet note which I really like. One thing I would mention though, is the Manuka honey isn’t enough to really benefit from, it’s more to make it sweeter. So if you are a Manuka addict, then this won’t be a substitute for a teaspoon of the good stuff, it’s more for flavour. And of course, Comvita ACV isn’t vegan.

How To Drink Apple Cider Vinegar?

Much like with Matcha, it doesn’t really matter how you have ACV, it’s just that you have it! There are so many ways to add it into your diet, but here are just a few:

Personally, I have it as shots, because I’m lazy and I don’t mind the taste, but it’s really whatever works for you! Also, it’s good to drink it with a straw where possible as it can be quite a lot for your teeth!

How To Dilute Apple Cider Vinegar?

This really depends on you, technically you could do Apple Cider Vinegar shots – which is what I do, I have around 1-2 capfuls at a time. However, you can mix it with half and half water and drink it that way, or just drop a capful into a glass of water to really dilute it. Some people also like to put a capful in a cup of black tea.

If you want to make an apple cider vinegar tea, here’s a simple recipe:

Stir together and adjust to taste. Also, if you are drinking multiple cups of apple cider vinegar per day, I would suggest only using a capful per cup so you don’t have too much per day.

Just as a quick reminder, Apple cider vinegar for acid reflux is the reason we started taking ACV. My boyfriend would often wake up in the night with a burning throat that could make him wretch / vomit. He was on medication for it, but that wasn’t a long term solution which is why he tried Apple cider vinegar and IT REALLY WORKS. Not only is acid reflux painful and uncomfortable, but it can actually cause throat cancer over a long period of time. If you have issues with acid reflux, try ACV and make sure it contains ‘The Mother’.

Before we get started, I just want to mention I have not had issues with any of these side effects HOWEVER, we are all different, so I just wanted to mention them. Also, I only take small amounts of apple cider vinegar around 1-3 teaspoons a day and most of the side effects are caused by having too much ACV. So, please do keep an eye on your dosage.

Annyyyyyway! I think that’s my post and everything I want to share about Apple cider vinegar, please do let me know if you have any questions and if you are a fan of ACV too! Also, this post contains affiliate links. 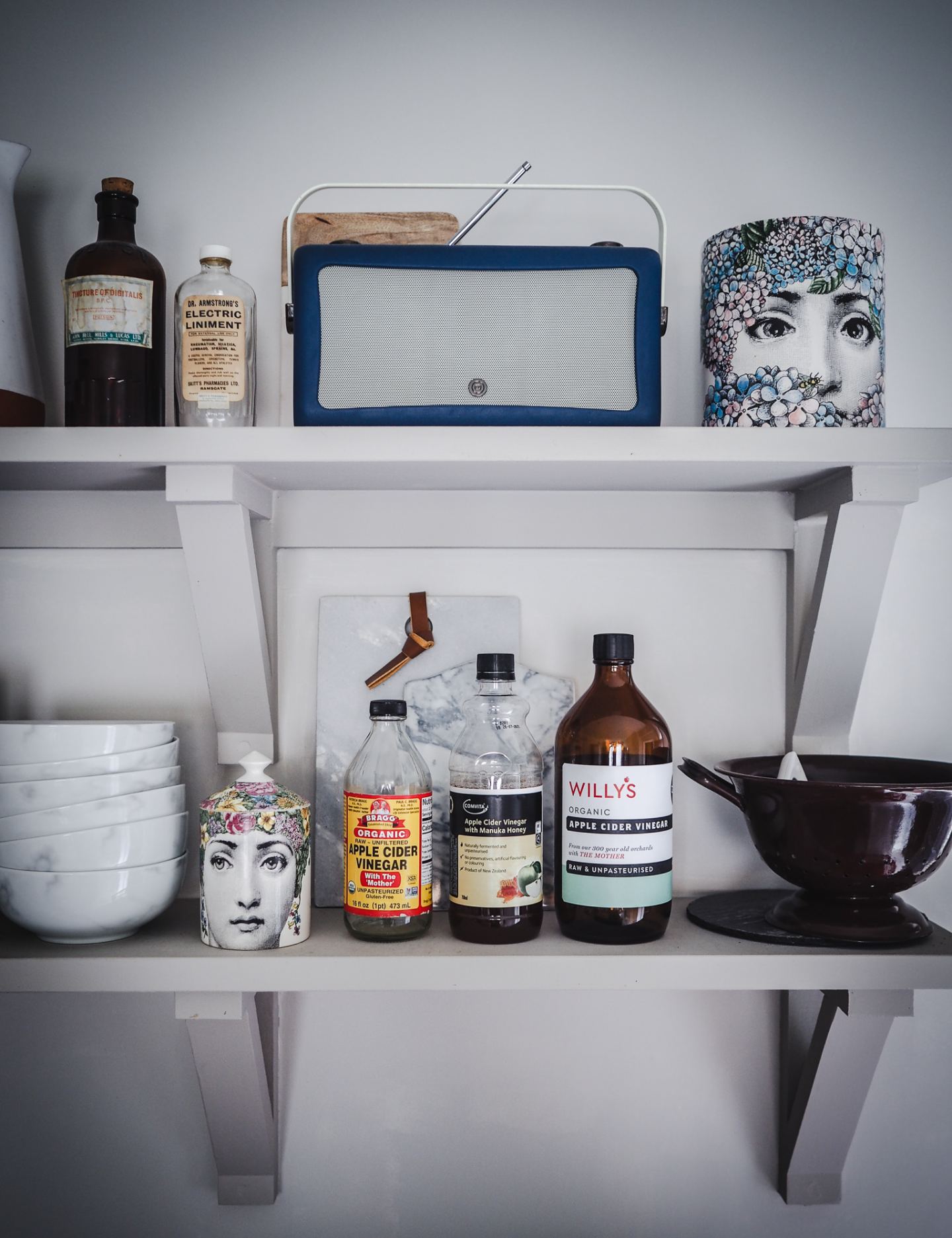