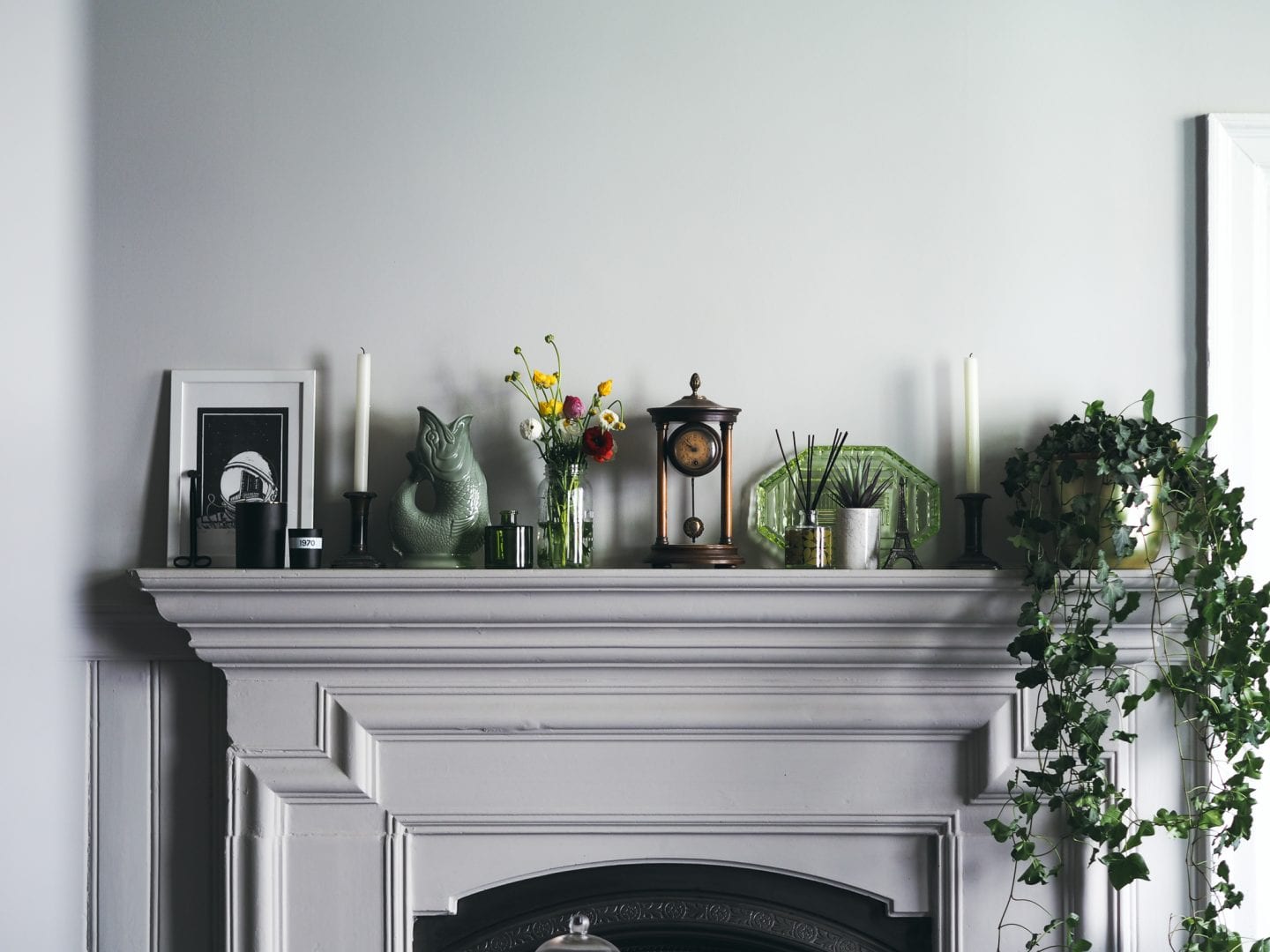 How To Restore A Fireplace

Hello friends! Today I thought I would do a little flashback to our Kitchen fireplace journey. When we moved into our house four years ago, our kitchen was pretty much the worst room, with the most potential. It was a beautiful big kitchen with two huge Victorian stained glass windows and wonderfully high ceilings. However, it had it’s drawbacks… like a lack of working fridge, oven, no washing machine and no dishwasher. It was essentially a few counter tops, cupboards and a sink. Oh and somewhat worryingly a fire extinguisher! Aside from those drawbacks, there was also one of the ugliest features of the whole house in this room… a big black and gold ridiculously tall fireplace. I mean, just look how huge it is, it’s taller than the doors (which aren’t small doors) and it was so big that I couldn’t even nearly touch the top of it. In short, it was a big, ugly, almost masonic looking fireplace beast. And Lord only knows why there was two square mirrors in the middle of it! My friends… this is how to restore a fireplace! 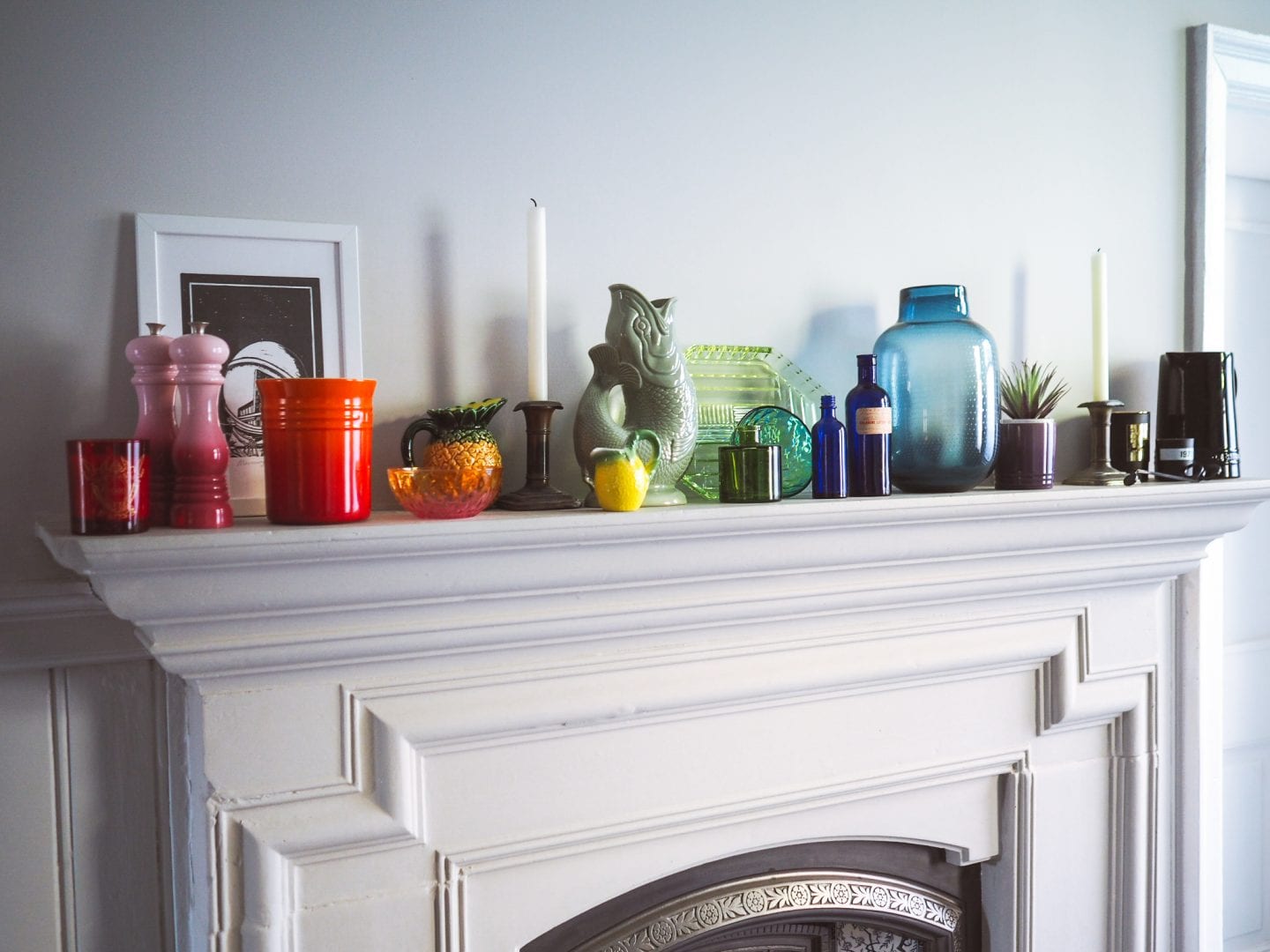 When it comes to our fireplace restoration, we did a lot of hard graft ourselves, which cost very little. For instance, we have a sanding tool, but you could sand it by hand for just a few pounds. The paint we had for other parts of the house, so that was free and the nitromors was around £10-20. However, we did pay for a chimney sweep, which I would recommend doing regardless of if you are planning on lighting a fire or not, it just cleans the chimney and gets rid of anything that might be hiding up there. Also, we did pay a specialist to come round and look at the fire to give us options, which you wouldn’t need to do. We are just a bit extra and we had three fireplaces we wanted him to potentially work on. As for the removal of the top of it, that was charged by the builders as part of a job lot, so it probably cost us around £100-200 but we did also have to pay for a skip to remove it, which again, we had a skip at the time. In our area a skip is round £350 for wait and load. Finally, we paid a plasterer to come and fix some of the cracks which was around £100. Finally, we used Stovax grate polish which is around £10 to get that beautiful polished cast iron finish, which was the best and most satisfying job of all!  So I think a pretty thrifty project, this one was more about hard graft! 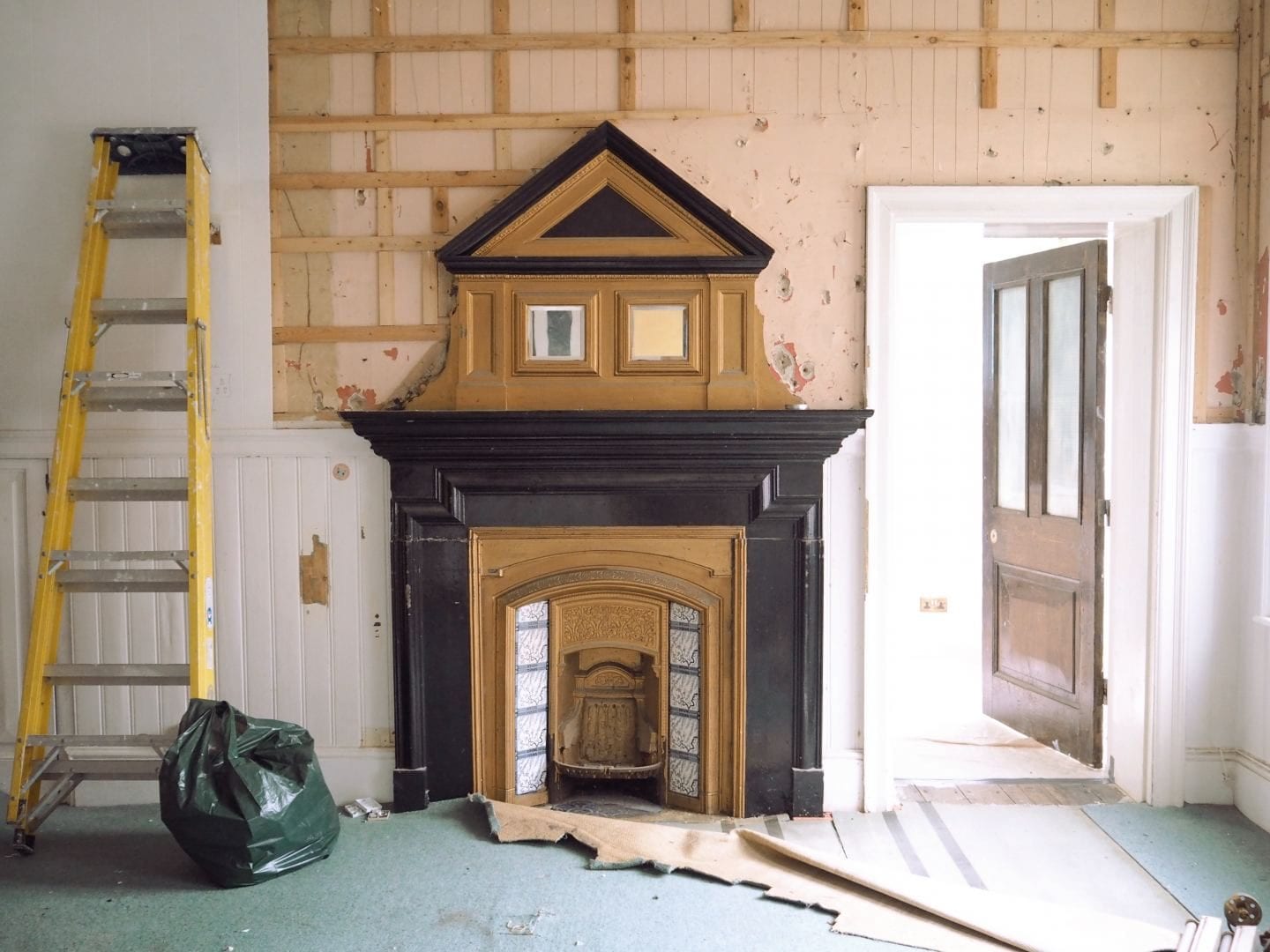 It took us a long old time to figure out what to do with this fireplace, it was so ugly it made my head hurt, but it was also original to the house and I feel SO bad ripping out original features. However, we spoke to a fireplace expert and he pointed out the huge crack in the top of it and he advised us that it might have been old, but it wasn’t special and it was cracked and we shouldn’t feel guilty if we wanted to get rid of it… so we did!

The top easily came off with the help of a few strong men and power tools and then we got to work with the sander wearing face masks, of course) trying to smooth out the rough edges from where the top had been taken off and the fireplace had generally had some wear and tear over the years. Also, where the bottom part of the fireplace had cracked when the house had settled, we smoothed off some of those edges and gaps in preparation for the master-plasterer to fill them in with plaster of paris and a palette knife. Over the next few months we were preparing the kitchen for remodelling, so we sanded down the fireplace, smoothed all the imperfections and took off the vile gold and black gloss paint with the electric sander. As for the inside of the fireplace, this was wrought iron and needed a little Nitromors to remove the paint from it. Once the old paint was gone, we primed and painted the surround with a grey that was marginally darker than the pale grey on the walls and it was done! A lot more work than you might think, but totally worth it! As for the blue and white tiles which are in-laid into the wrought iron, these were original so we worked hard to clean them and they were also one of the reasons we decided on a blue kitchen. 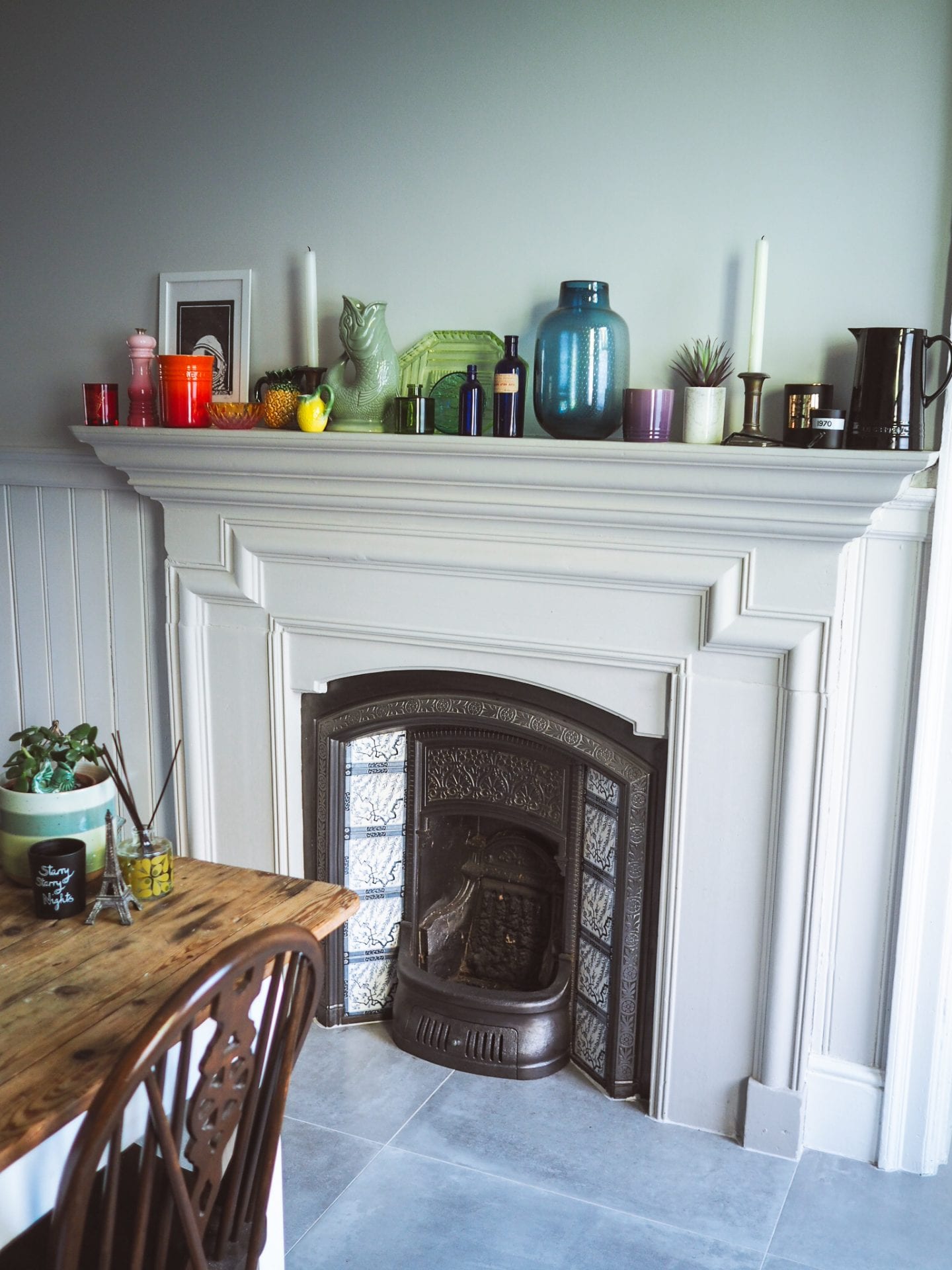 Four years on I love this room and I like to think of this fireplace and actually, the whole space, as kind of unrecognisable from where it started. I’m forever proud of it. It took a long time, it was mucky and hard work, but it was really fun and I love it all the more for the hard work we put into it! Anyway, I just thought it would be fun to share these before and after snaps with you and if you are thinking about buying a house which is a bit of a wreck and renovating it, don’t be scared! This was our first house and we learned so much and we are so proud of the end results. It was totally worth it! Oh and there’s a full before and after post of our kitchen here! 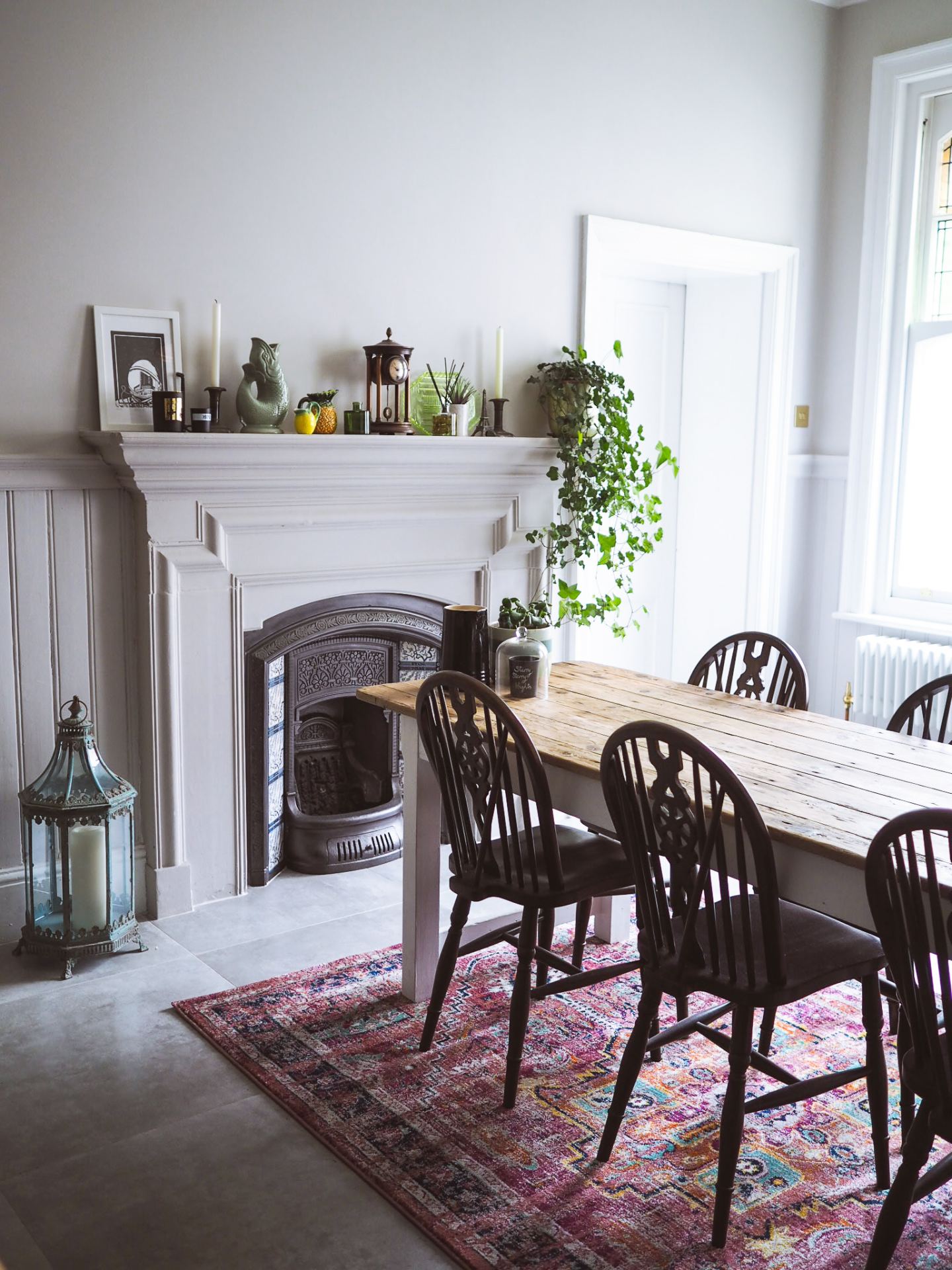 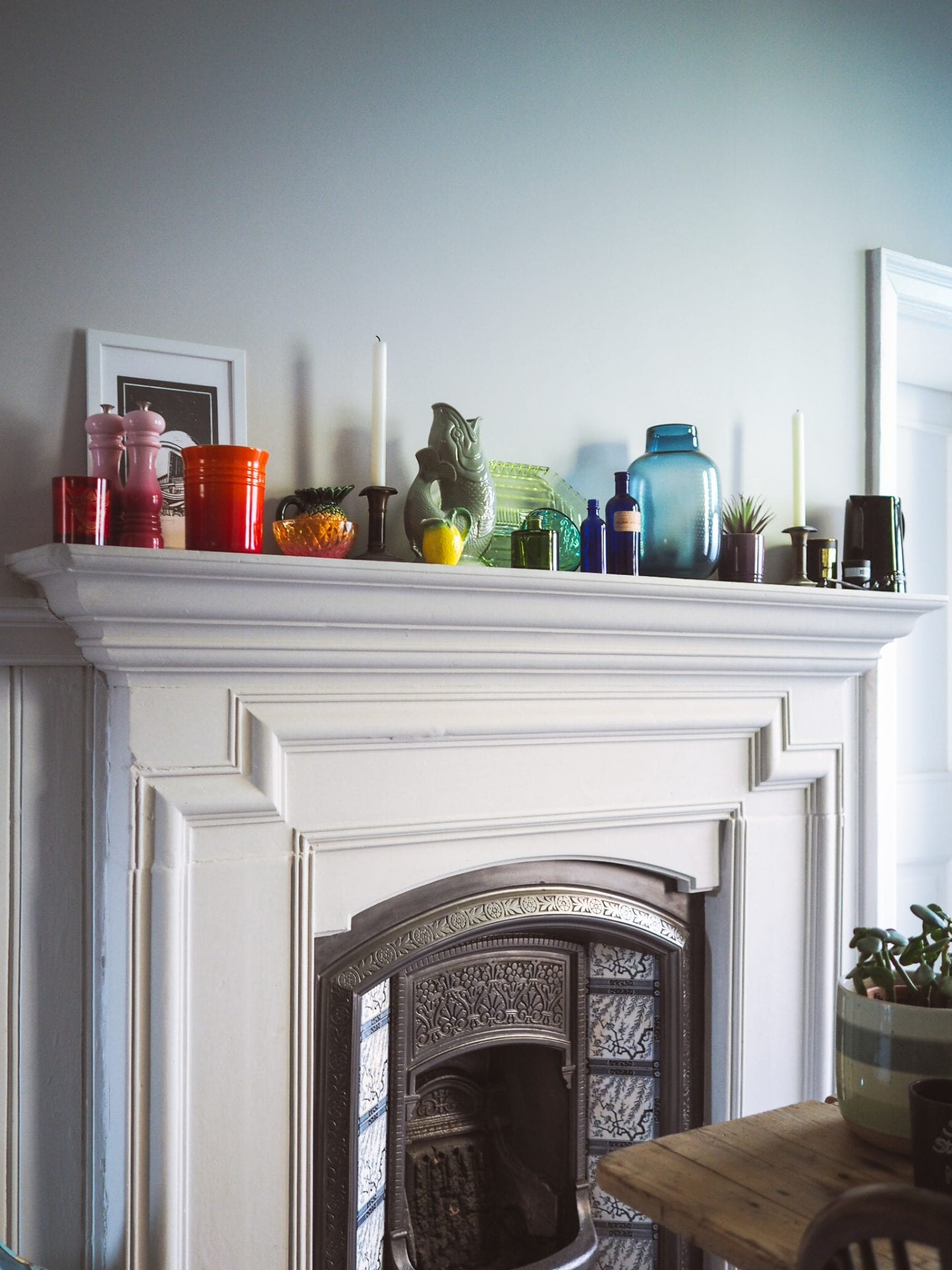