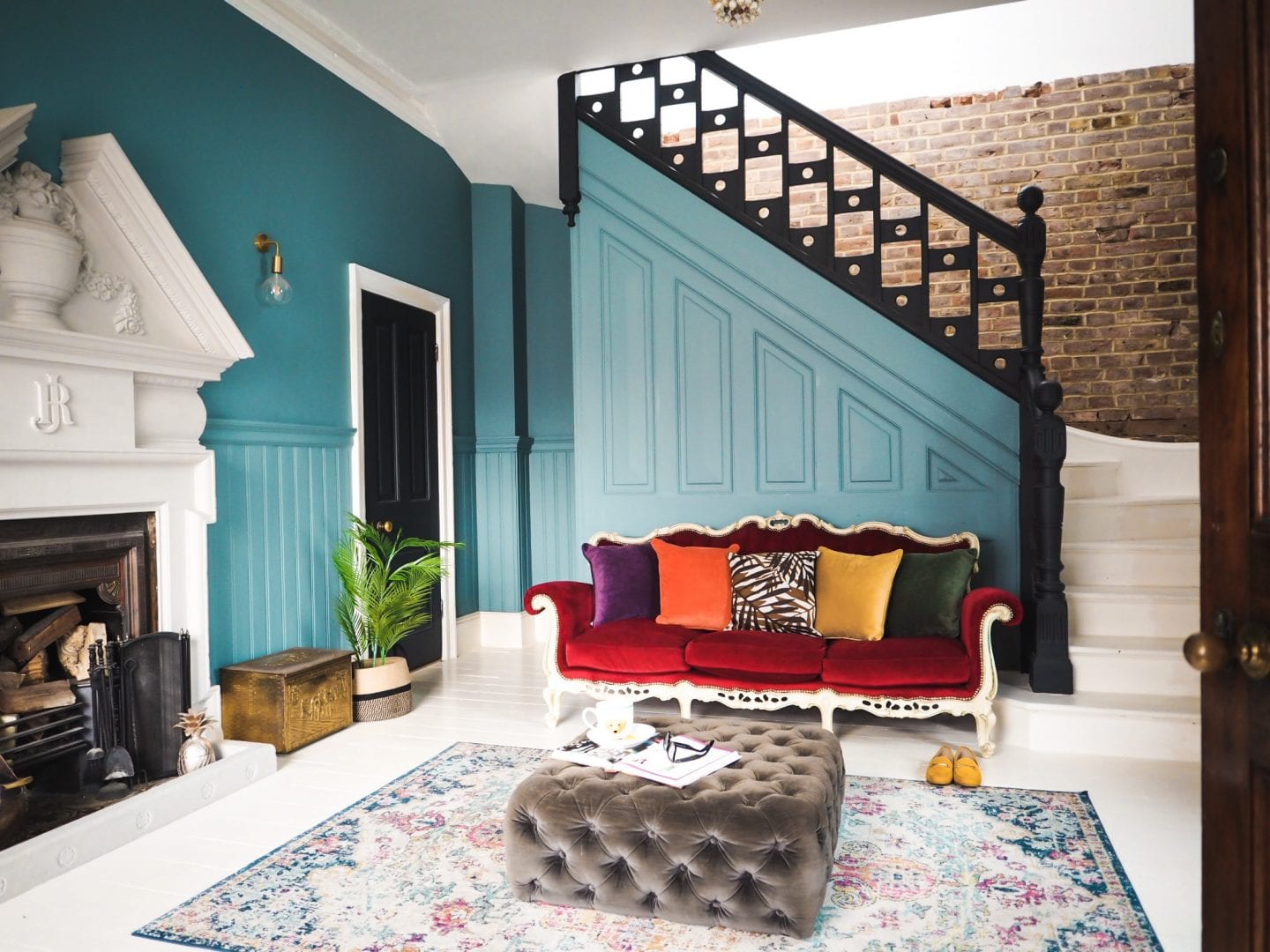 My friends, today I have a post which feels kind of monumental, well, to me at least! Four years ago we bought a wreck of a house and it has literally taken YEARS to fix up! We have done EVERYTHING! Removed walls and ceilings, re-plumbed, re-wired, sanded, painted, plastered, repaired windows… you name it… we have done it! I wish we had been lucky enough to just roller some walls, but we had some serious hard-graft to do first. However, I’m kinda glad we did, because as nice as it would have been to have moved into a ready-made home, I don’t think we could have afforded something quite like we ended up with. When we moved in… it was a gothic looking hell-hole, now, it’s kinda cool! So, without further ado, I want to show you our hallway! I hope you like it!

We had it all going on here, dark vanished woodwork, a dated ceiling fan, artex on the ceiling, plastic-y wallpaper, decades old green carpet and a gold and black panted fireplace. Sure, we loved the ceiling heights, the 150 year old staircase and the original fireplace which was made bespoke for the original owners, but aside from that… it needed a LOT of work! 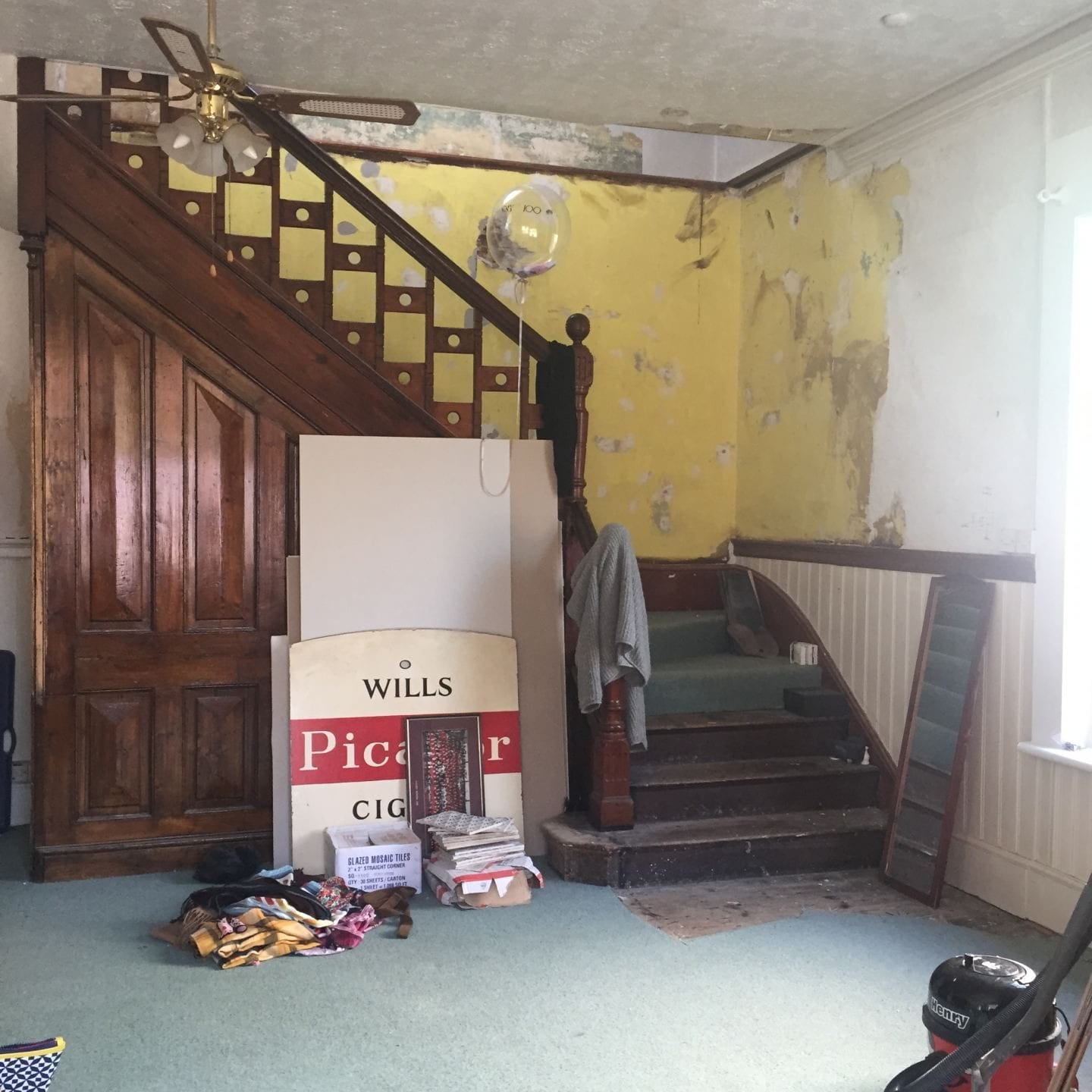 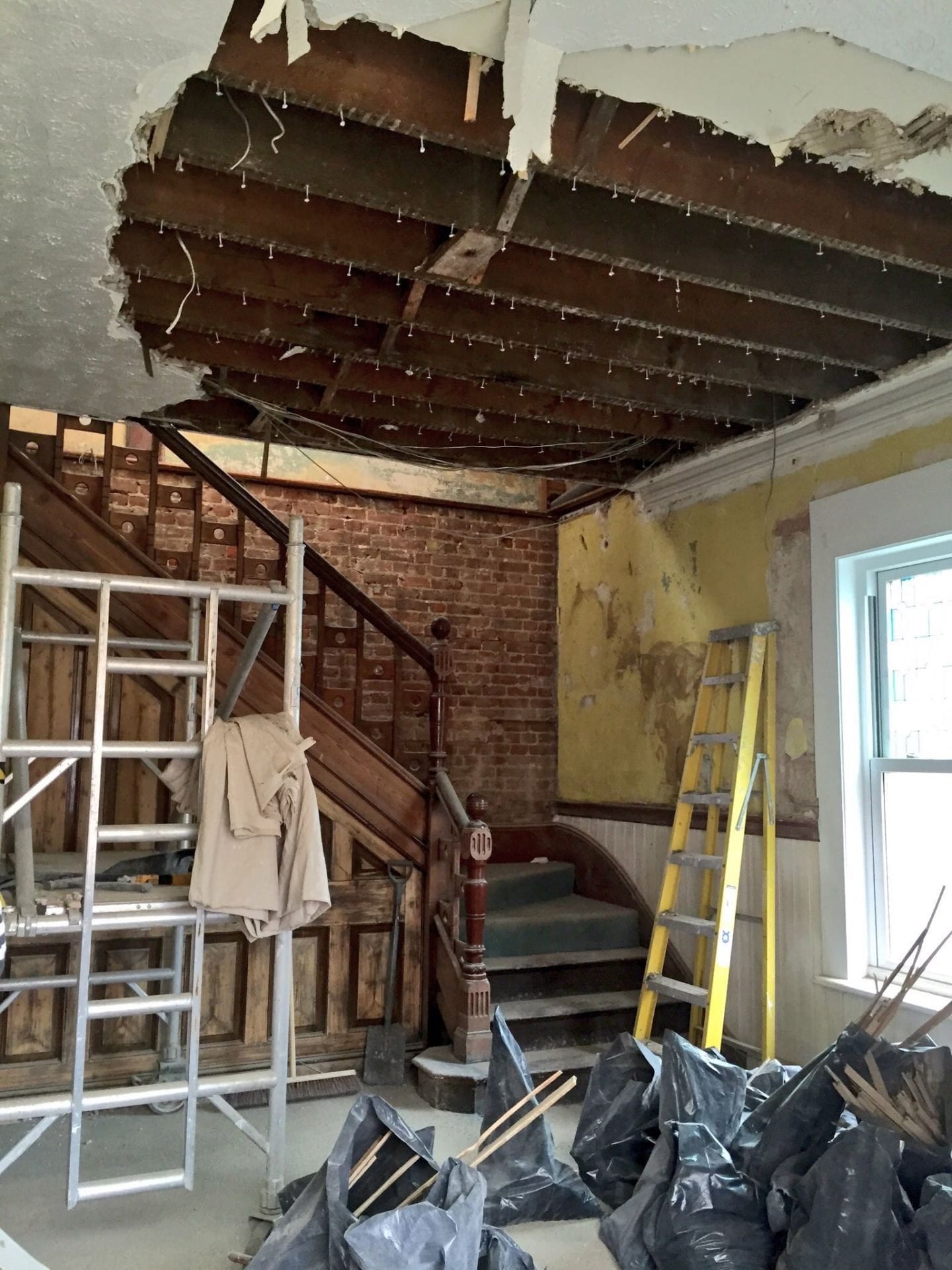 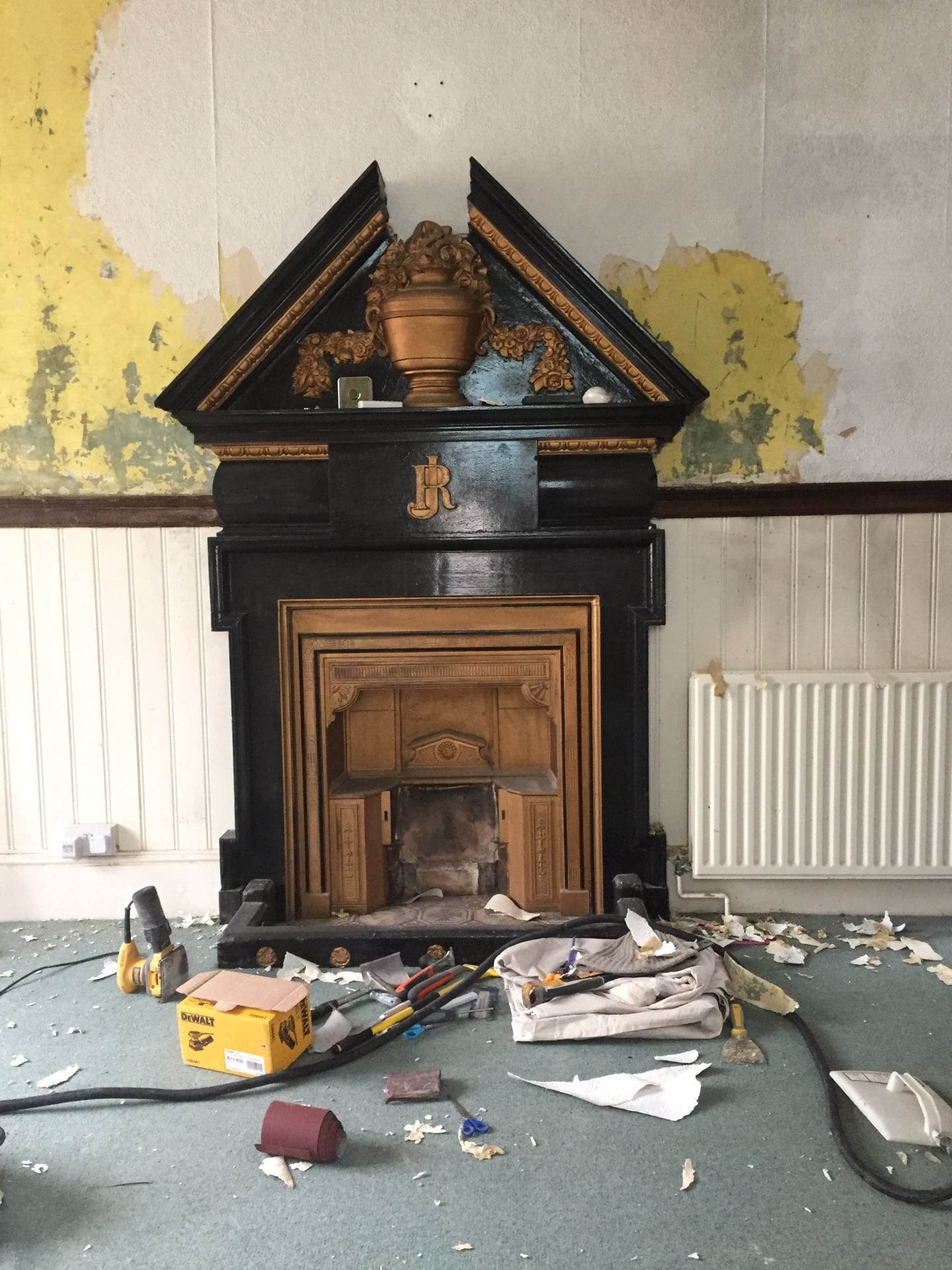 It took a long time to get here and it was a LOT of work, and once we were ready to decorate and buy furniture, I couldn’t really work out what I wanted this room to look like. It was so big, with a HUGE fireplace (I can’t touch the top!) and quite frankly, most hallways just don’t look like this, so I had no template and inspiration images to guide us. I just had to keep thinking and keep trying things out. After we striped everything out, we went white and from there, we decided it felt cold, so we warmed it up with some deep dark colours. I have a mix of vintage pieces in here (like the sofa and a small table which isn’t in shot) but to be honest, the vast majority of these pieces came from Matalan. In case you haven’t guessed yet, I’m a HUGE fan of Matalan and because Gordon hangs out in here a lot, I didn’t want to put anything super fancy like my Designers Guild rug in here because I knew he would get it wet and sandy within minutes of me putting it down. So Matalan works great for us, especially in here as it looks really stylish, but if I’m also not nervous when a wet and sandy black Labrador climbs up onto the sofa and leans up against the cushions or rolls around on the floor! We live right by the beach and we walk him twice a day, so I’m not exaggerating when I say this room sees a lot of wear and tear! 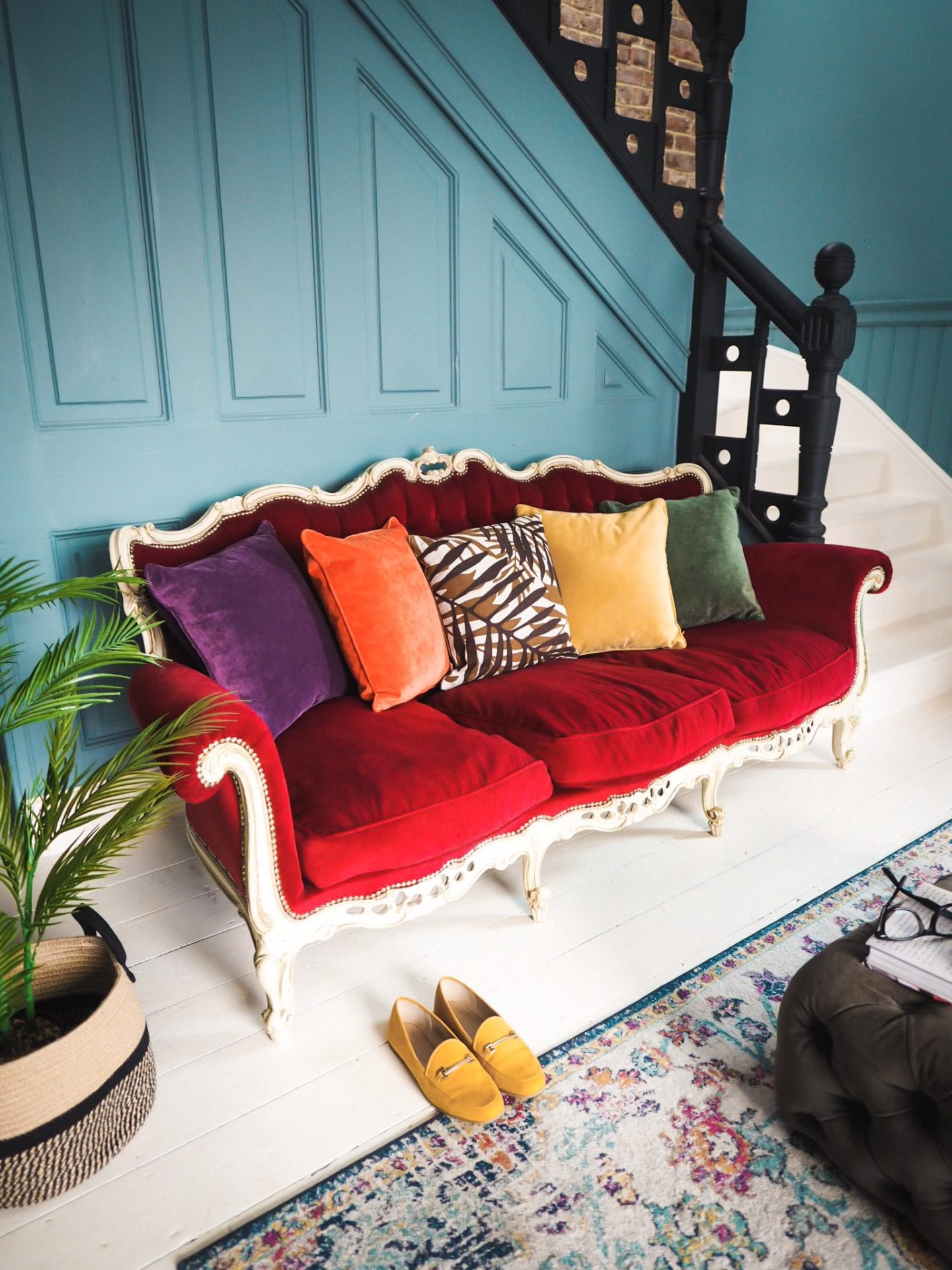 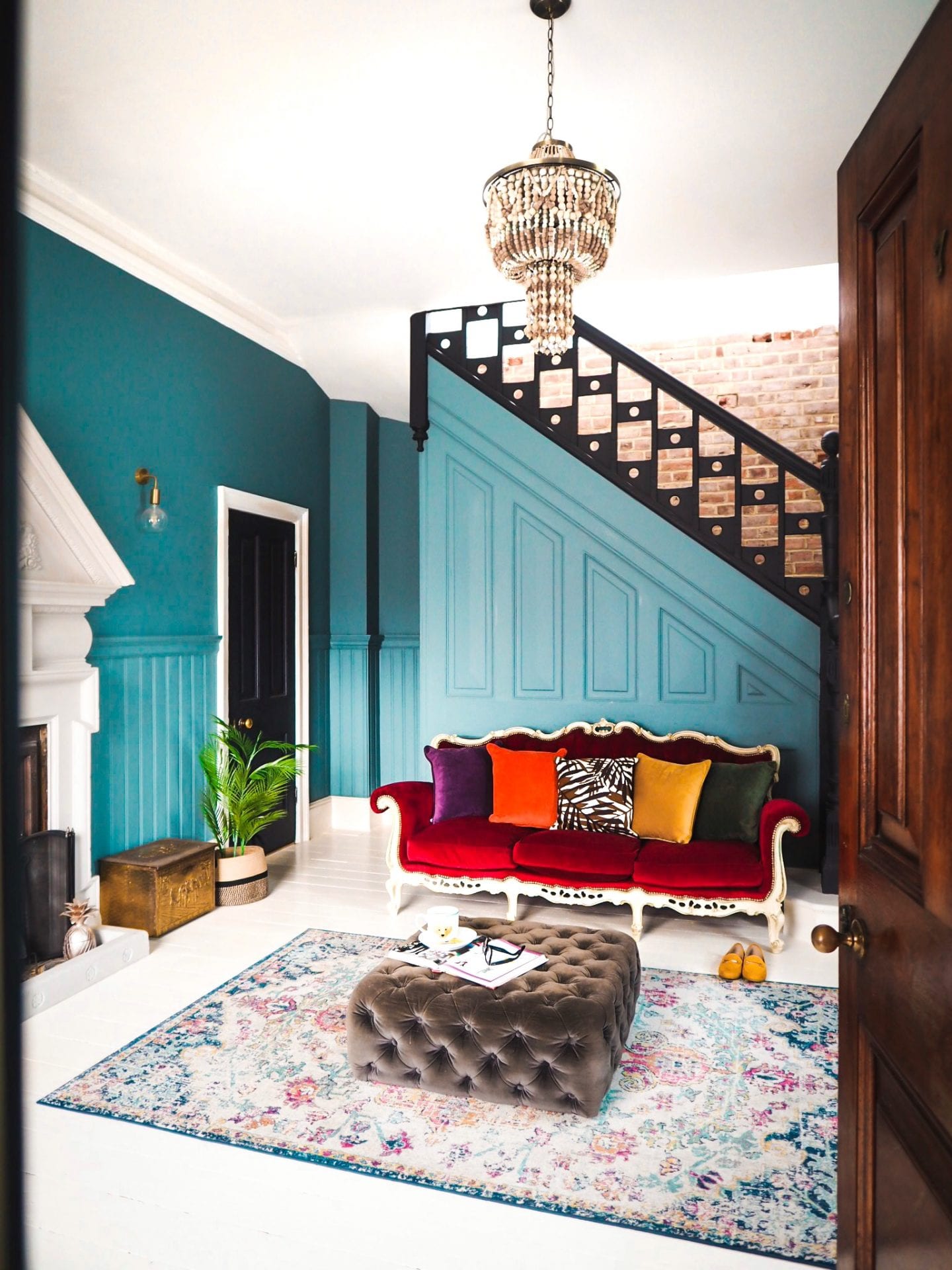 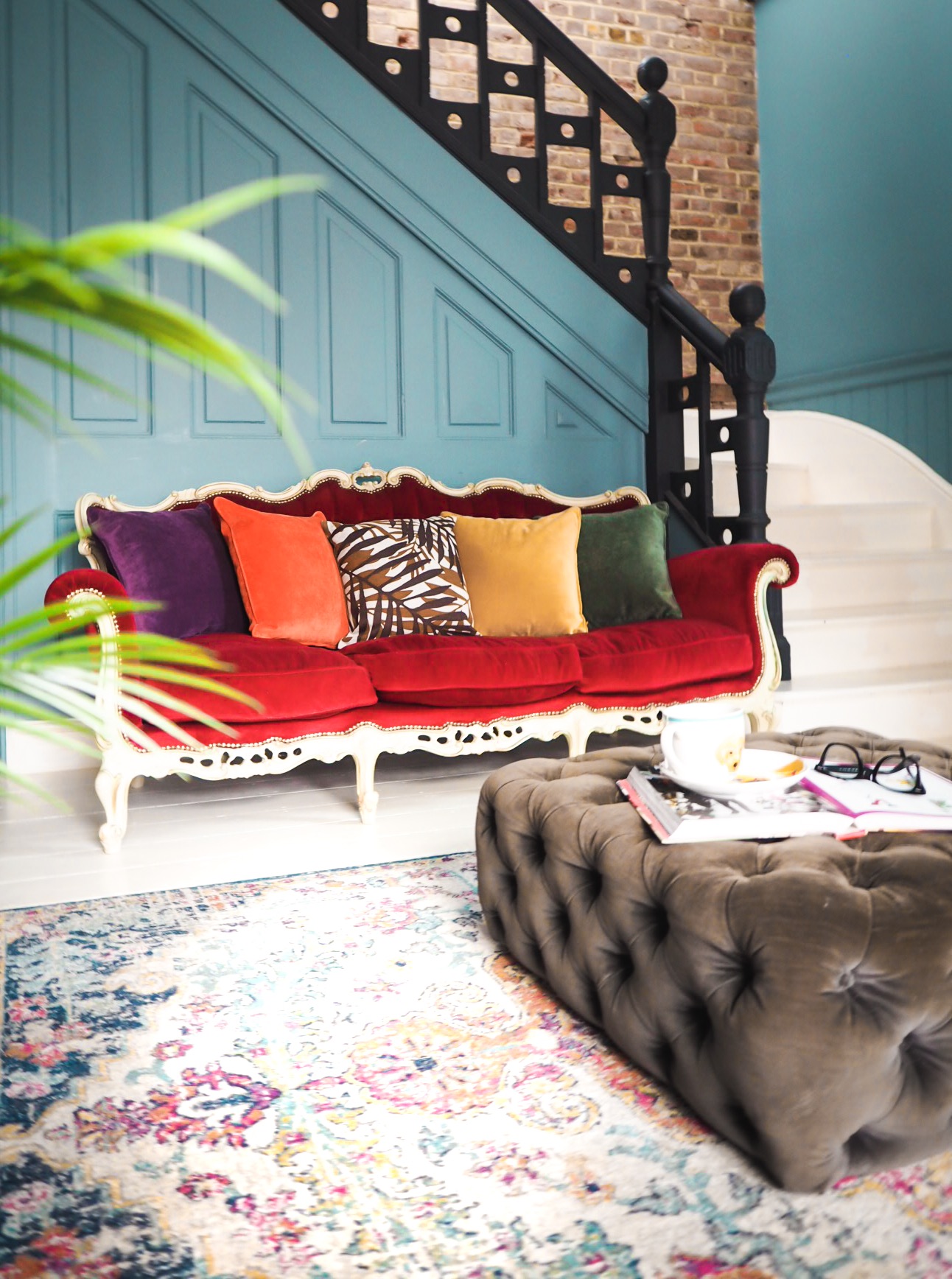 This post contains affiliate links and gifted items. A huge thank you to Matalan and Johnstone’s Paint for being so incredibly generous with us. We love you guys so much, thank you for believing in us!