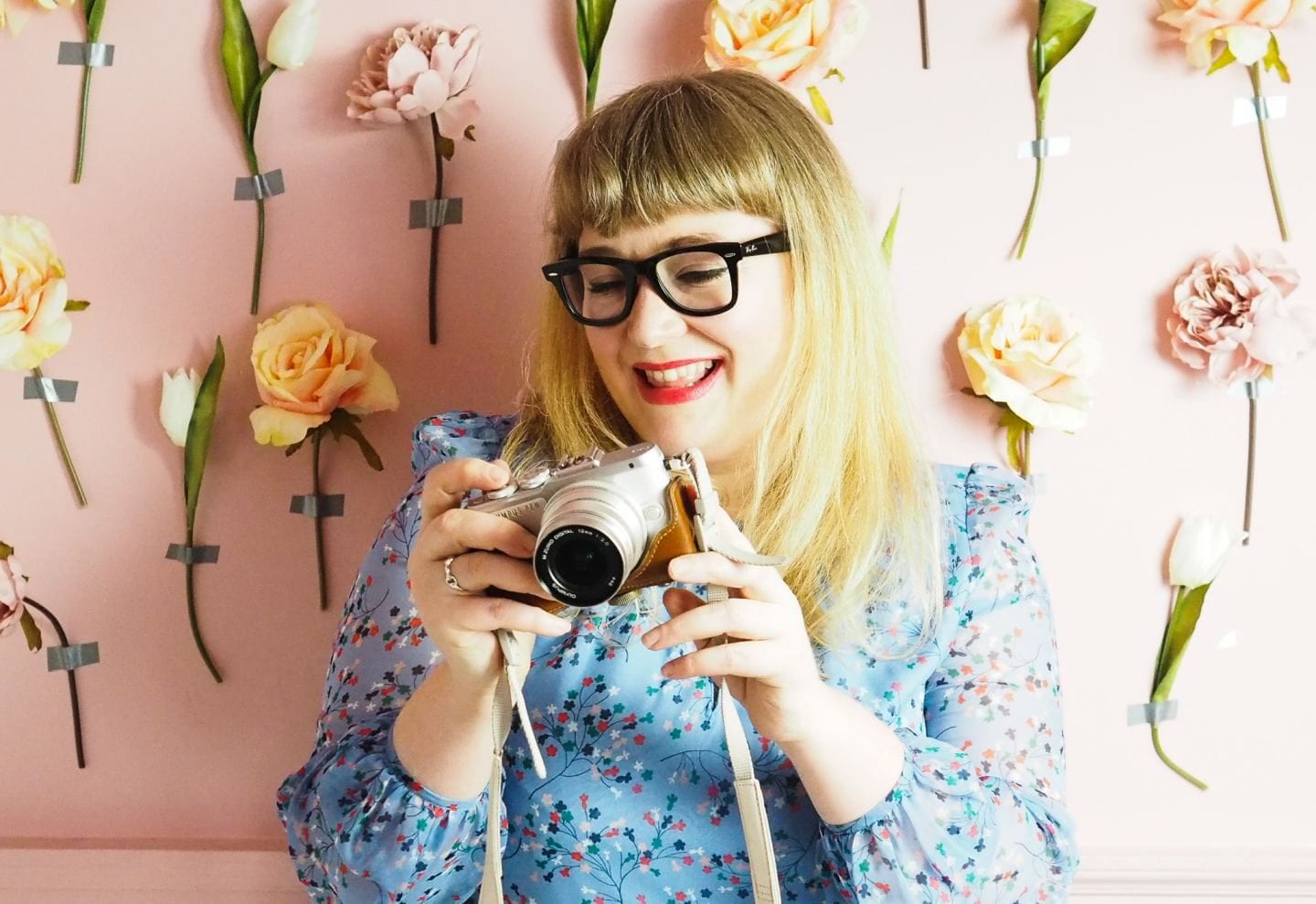 Ah Lightroom! I love you so much! So first of all, let’s chat a little about Lightroom. It’s a little like photoshop, but some might say a little easier, you can use it to apply beautiful filters (let’s refer to them as presets as that’s what they are technically called, but for newbies, they are basically filters!) to your photos, or you can do things like edit out people, blemishes and all those things people generally refer to as ‘photoshopping’. I’m sure the technical people who KNOW WHAT THEY ARE DOING will laugh at me for saying all that, but for the basic b*tches out there, Lightroom does what we want photoshop to do, but without all those terrifying layers which confused the bejesus out of me! 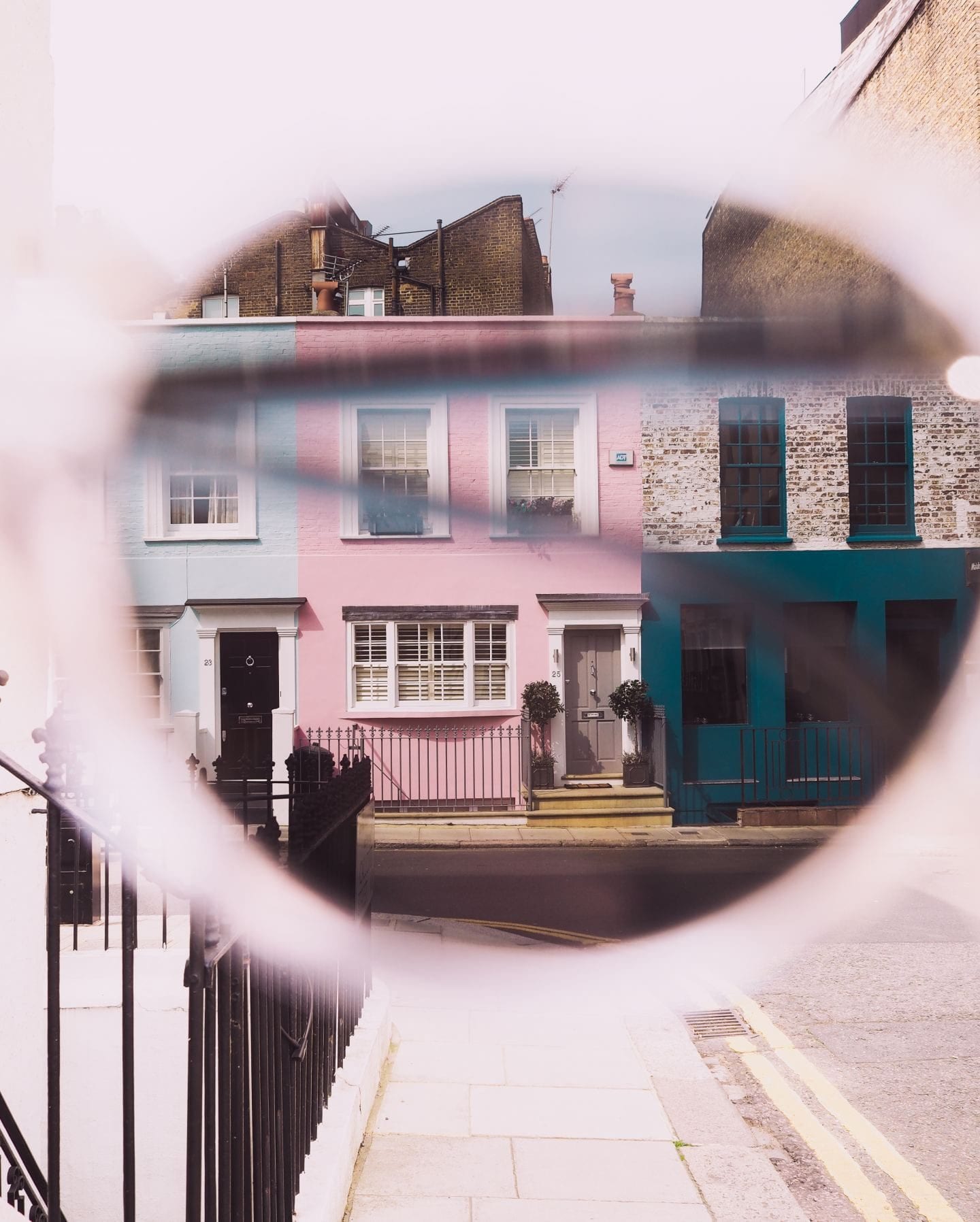 The Lightroom app is free and I would highly recommend starting with that to get a feel for it. A lot of the functions are easier to pick up on the app (aren’t they always!) and they are transferable to the desktop version of Lightroom. Both the mobile and desktop versions allow you to easily install presets and start to get a sense of what Lightroom can do to your images. It’s obviously a more basic version but for newbies, you’ll get a good feel for how it works. You’ll also get a feel for the types of presets you want to use. Like I said the app is free, the presets you can occasionally find for free or you can buy for as little as £2 each or £10 for a big ol’ bundle. As for the Desktop version of Lightroom, you have to pay for this, but you can get a free trial. I have the package which is just Lightroom (no photoshop) which is £9.99 a month and I’ve installed a variety of presets from free ones (more on that later), affordable ones and more expensive ones (around £100 for a bundle). As for the set up time, well, it couldn’t be quicker or easier, so if time is putting you off, the process is fast, you could be up and running in about 20 minutes! 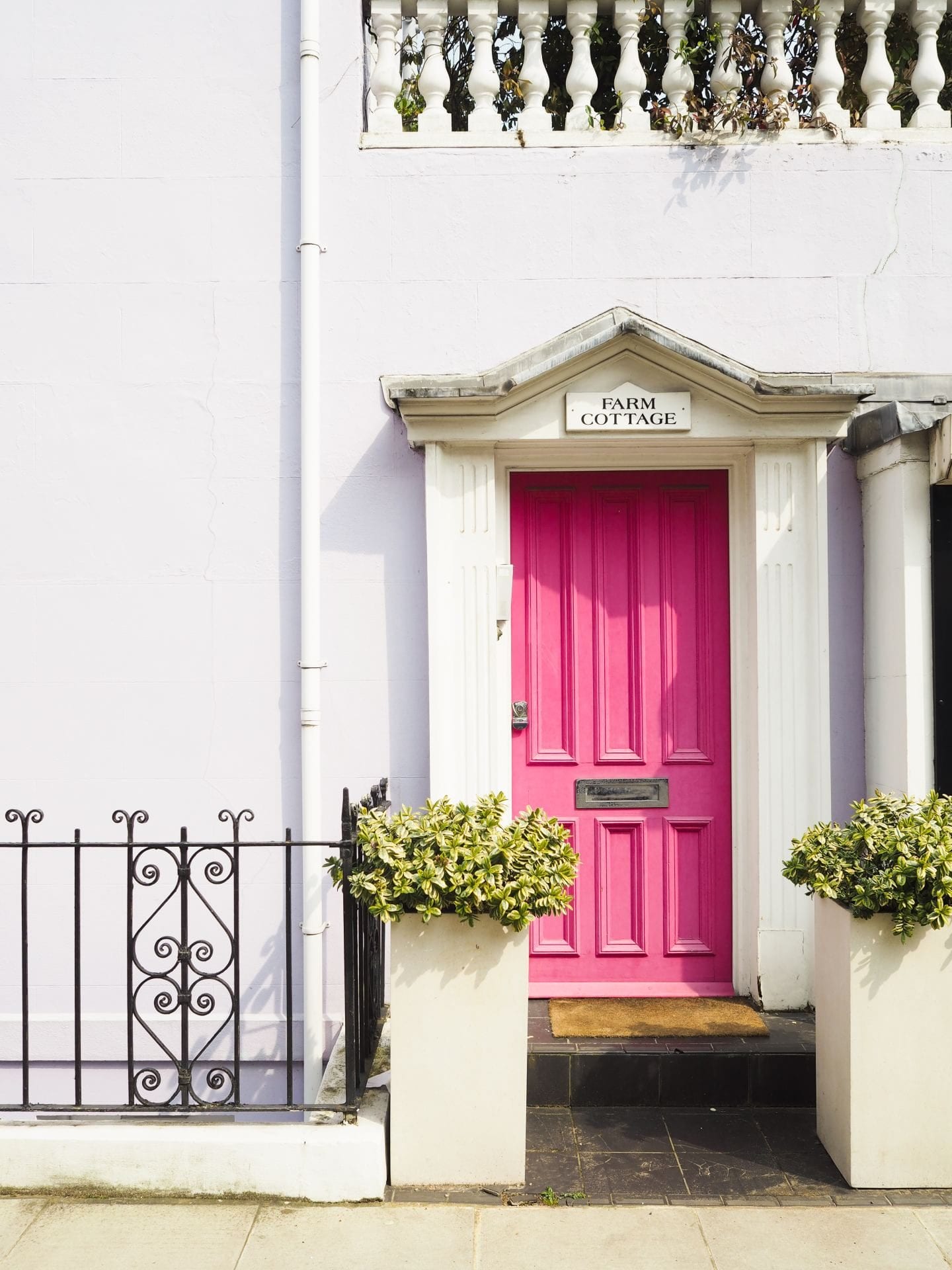 Just a few pieces of housekeeping before we get started…

Just before I get started, I want to share a few things with you! Firstly, presets are brilliant, but like everything in this world, one size does not fit all. So you might need to invest in a few presets, or a preset bundle as some presets will be brilliant for some images and terrible for others. Also, when you apply a preset, you might need to make some further changes and tweaks, sure, you can keep them exactly as they are, but you’ll get a better result if you make some further changes, for instance, a little more / less exposure, some ‘cloning’ to get rid of any weird marks. Personally, I use the clone tool to get rid of the speakers in our ceilings as they often detract from the light fittings etc, I will often get rid of light switches or muddy paw prints gordon has left on the floor. Also, for full transparency, I have shown the ‘before’ shots as completely un-retouched and the ‘after’ image with JUST the preset applied. No, further editing etc. so you can see the presets EXACTLY as they are. Also you can make your own presets, but if you are new to this world and time-short, then I’d recommend buying them to get you going, also, start with the cheaper / free options and build up as and when you need them!

Did You Know There’s Free Presets Built In to Lightroom?! 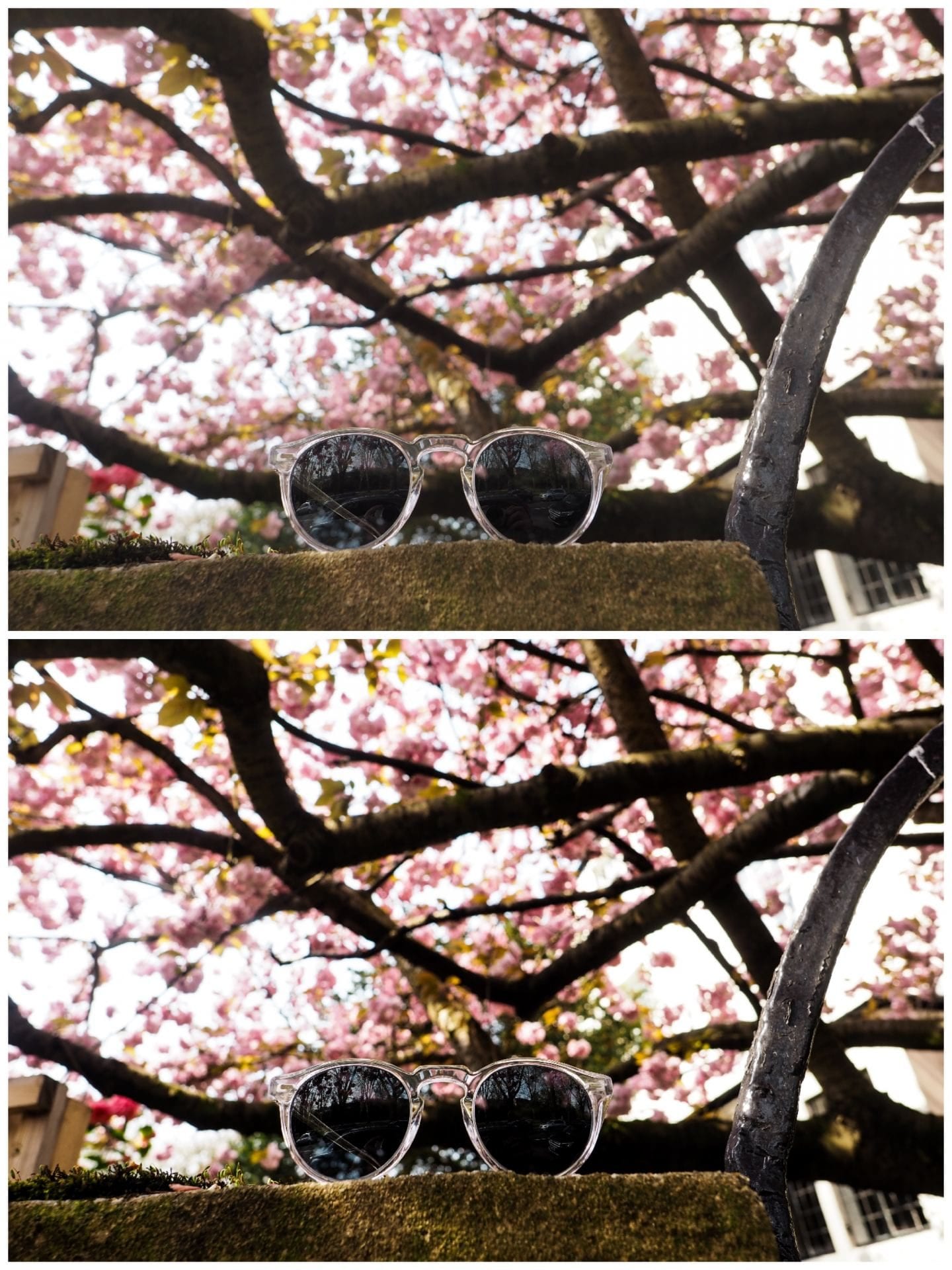 (Shot using the Olympus E-PL8 Camera with the 12mm Lens. Bottom Image edited with a FREE preset ‘Hight Contrast and Detail’ which is built into the Lightroom platform, both in the mobile and desktop version.)

Easily forgotten, but these presets are built into the Lightroom features and they are actually pretty good, especially if you want to tweak the colours afterwards or if you are happy with the image but you just want a little more ‘POP!‘, y’know? For this image I’ve used the ‘High Contrast and detail’ preset, but there’s plenty more which add grain, sharpen, saturation and turn your images black and white with varying levels of contrast and detail. Sometimes I use the brush details over the top… sometimes not! But to be honest, even if you don’t invest in any further presets, I’d still recommend getting the Lightroom app (or evening investing in the desktop version) to access these presets alone!

Where Can I find FREE PRESETS?! 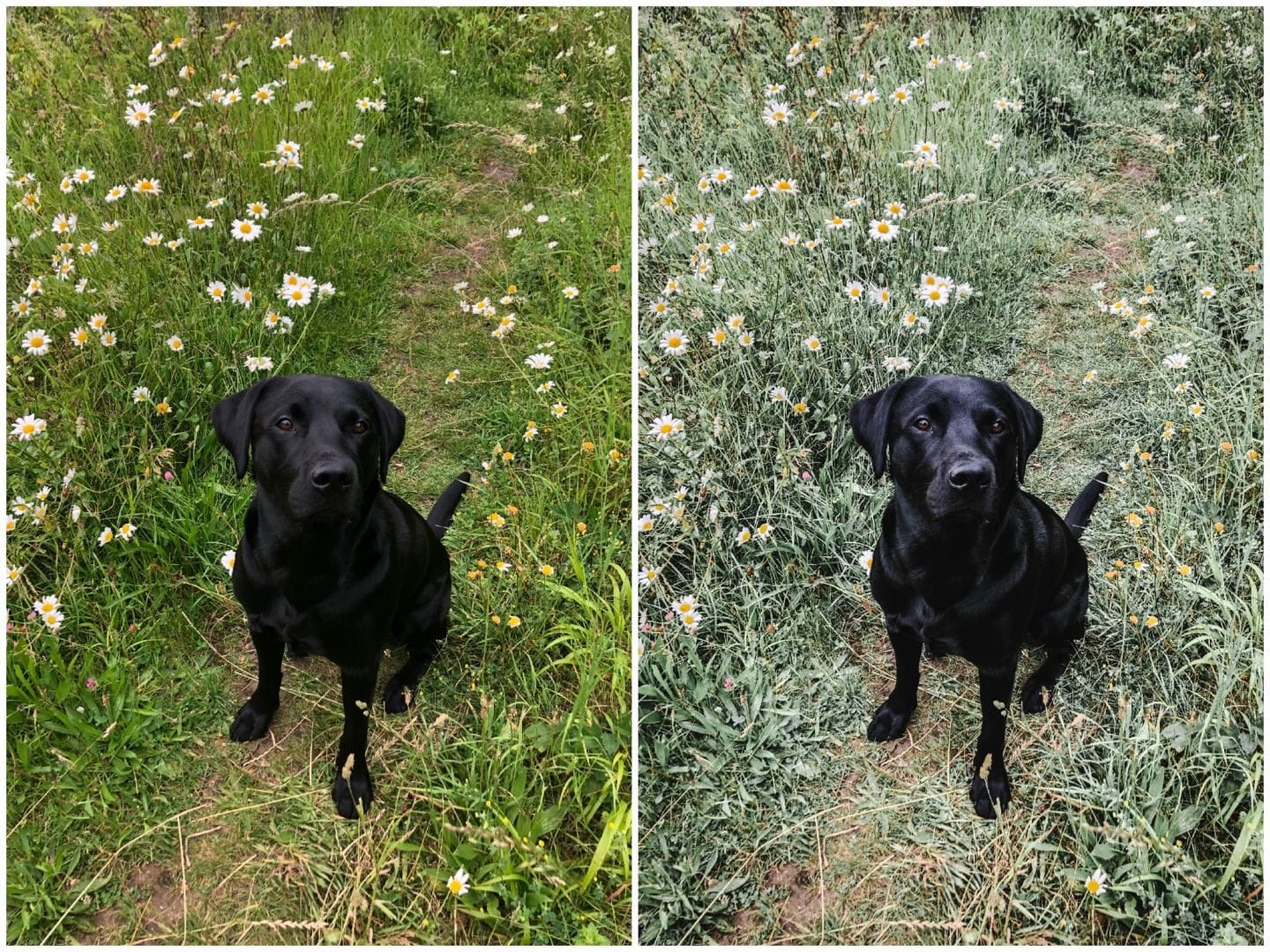 (Shot using the iPhone 8. Right hand side image edited with a FREE Local Milk preset – I’m not sure of the name, but it’s the lighter of the two, but you get both free when you sign up to her mailing list.) 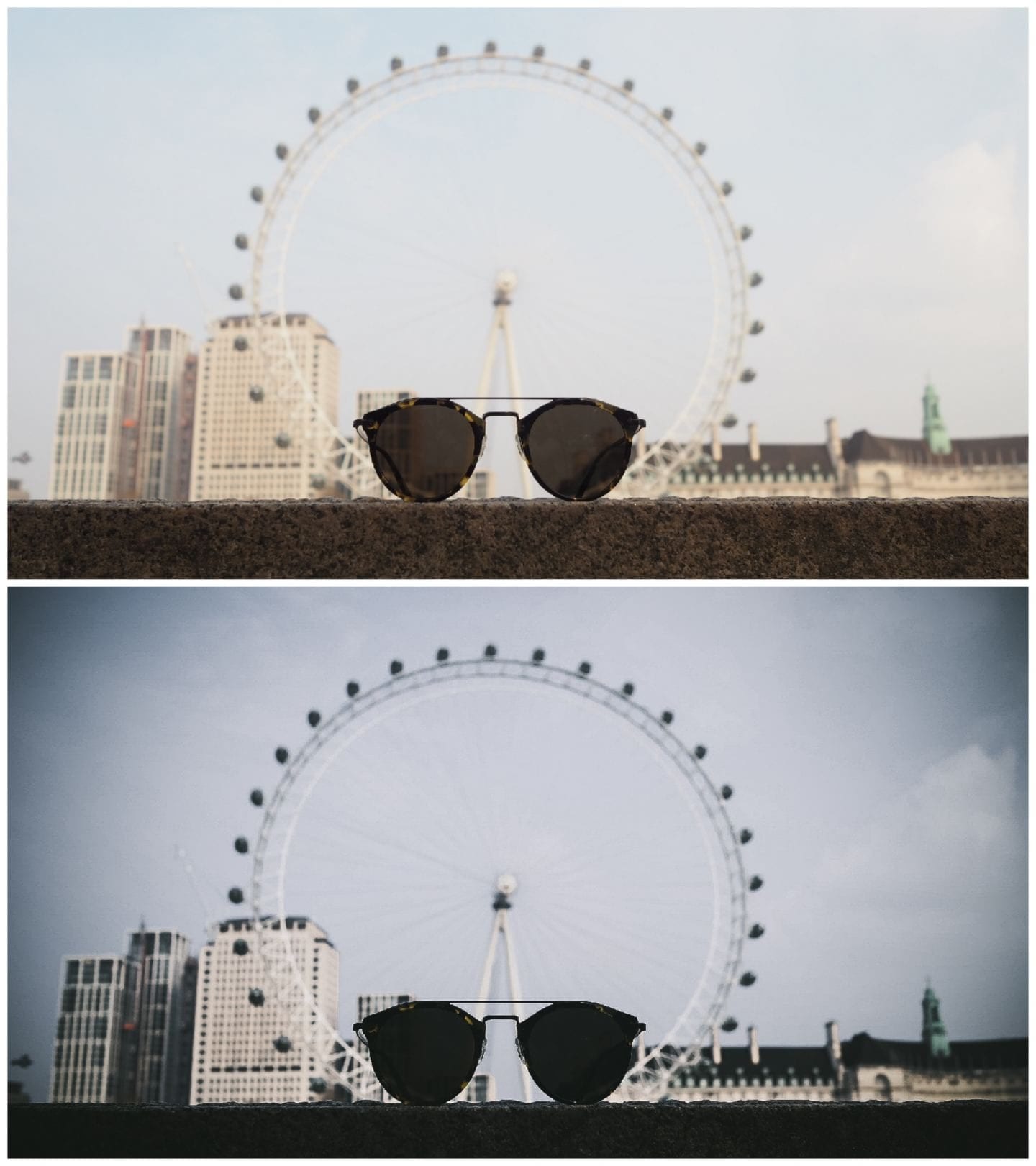 (Shot using the Olympus E-PL8 Camera with the 45mm Lens. Bottom Image dited with a FREE Local Milk preset – I’m not sure of the name, but it’s the darker of the two, but you get both free when you sign up to her mailing list.)

Ok, so it turns out there are a LOT of free presets out there, but I’m gonna be honest here. Most of them are BAD. Like SO bad I deleted them off my app / computer because every single photo I tried them with they made the photo look worse. Flat, lifeless, overly orange. Just not good! They ended up just cluttering up my presets folders so I got rid! However, I have found two presets which I absolutely adore. They were free and I use them alllll the time. One of them I use more often than presets I paid a hefty amount for. OK, want to know more?! Then head over to Beth Kirby’s Local Milk blog, she gives them away when you sign up to her mailing list. Seriously! Go do it now, I’ve shown examples of the two presets above, the one of Gordon is my favourite of the two as I love the way it brings out detailing, adds a little vignette and takes the saturation out of the green! The top preset with the sunglasses is great if you have a moodier, darker account, I don’t, so I use this one less, but it’s still a great preset, it’s just not my style. Aside from that, if you are willing to spend some time googling ‘Free presets’ then you can find some, but in my experience, I’ve not found anything I’ve loved anywhere near the Beth Kirby ones. I’ll update you if this changes and let me know if you know of any and I will add them to this post!

Where Can I Find Great Affordable Presets? 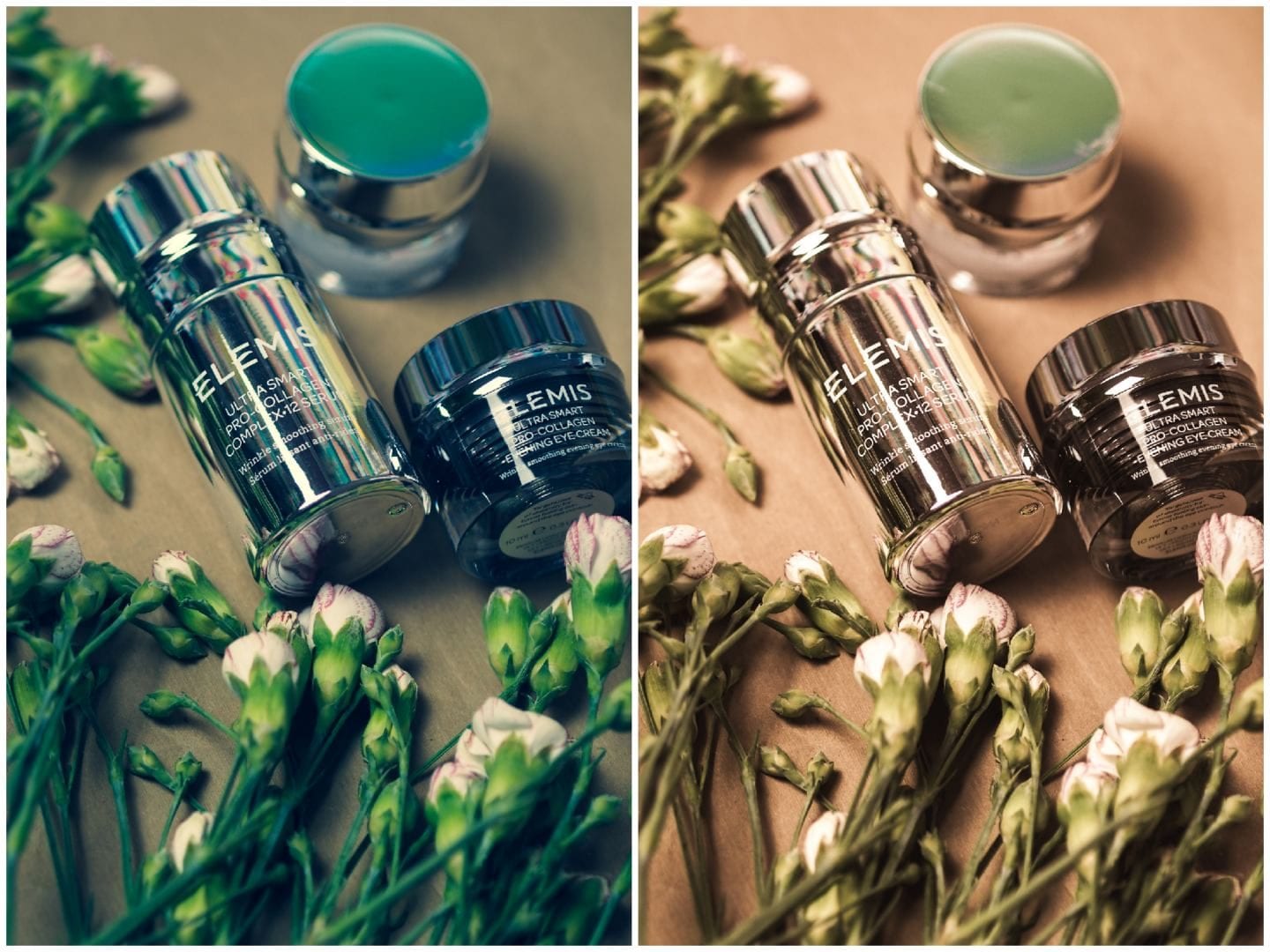 (Shot using the Olympus E-PL8 Camera with the 45mm Lens. Right hand side image edited with Mastersets ‘Cafe’ Mobile Preset bought from Etsy for £4.95 – also available as a desktop preset)

Whilst lots of bloggers and photographers make and sell pre-sets directly via their websites, I generally head over to Etsy and have a search and scroll. There’s oodles to choose from and they are generally pretty cheap, like £2-5 per preset of a bundle for £10-20. Plus a lot of sellers seem to send you discount codes and deals once you have bought one, so you can buy further presets at an even better price. One seller sent me a message telling me if I liked the preset and wanted to review it, they would love to gift me a second preset of my choice. I loved the preset I bought and I was happy to leave a review (I would have done it anyway!) and viola, another preset landed in my inbox! Thank you! I’ve never paid over £4 for a single preset on Etsy (most were £2) and I bought a bundle of 20 for about £10 -£15. Some presets have worked better for me than others, but because it’s good to have a selection of presets for all your different photos, it’s handy having plenty to choose from. When you are shopping on Etsy, the only thing you NEED to do, is make sure when you search of ‘Lightroom presets’ make sure you type in the word ‘mobile’ or ‘desktop’ afterwards, so that you don’t accidentally buy a Desktop preset when you wanted a mobile one! I’ve linked a bundle below, if you want to have a look at some examples that I love and use! Also, I’ve tried a fair few presets from different sellers on Etsy and I have found my faves are always Mastersets, they are great presets which make a nice impact, without being ‘too much’ and seem to be really universal presets too, which don’t leave my images with weird pink / pink / orange /  grey hazes over them, y’know what I’m saying!?

…And If You Want To Splash Out!? 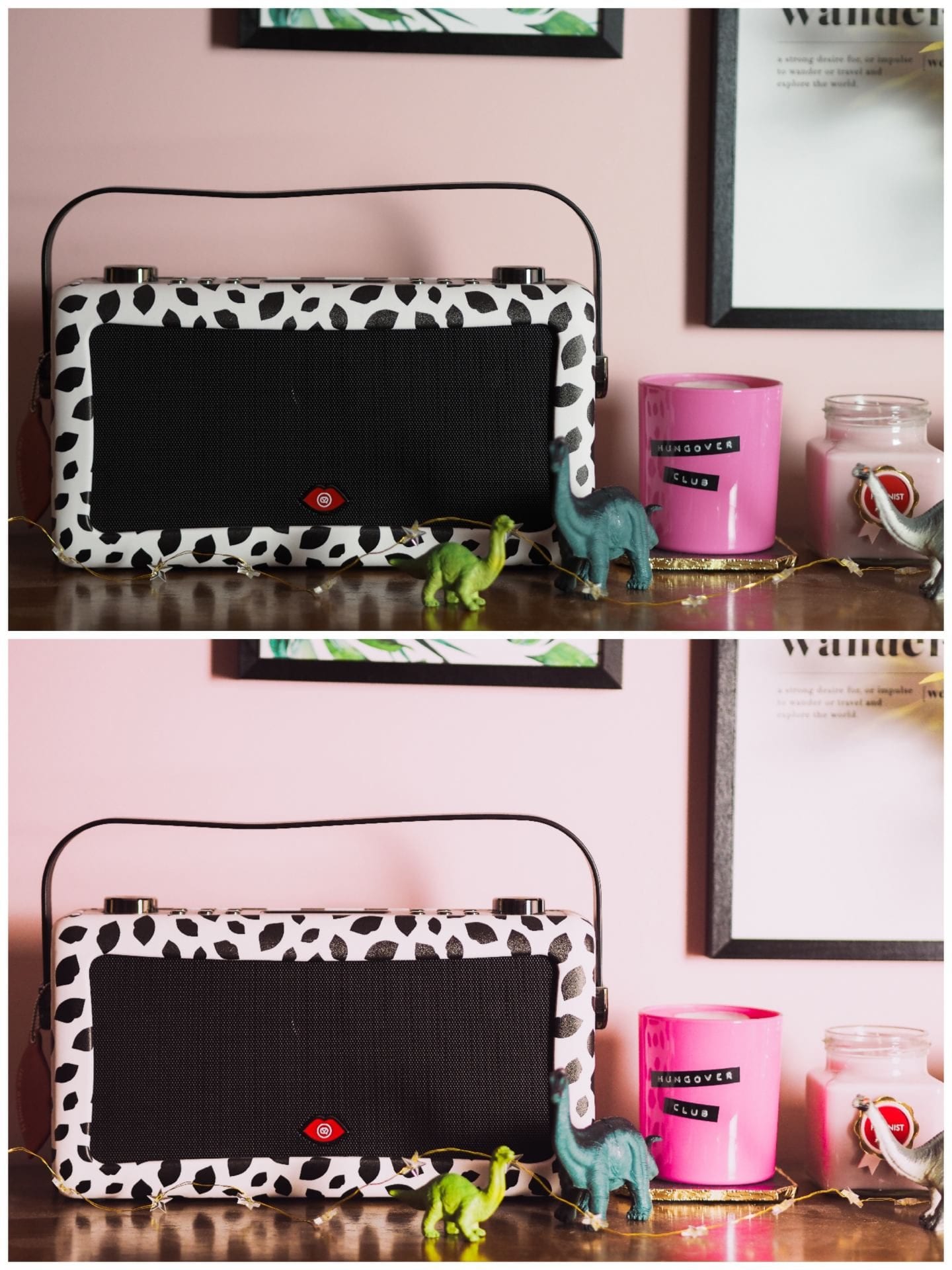 (Shot using the Olympus E-PL8 Camera with the 45mm Lens. Right hand side image edited with A Color Story ‘Flatter Me’ preset. Bought from acolorstory.com as part of a bundle for $99) 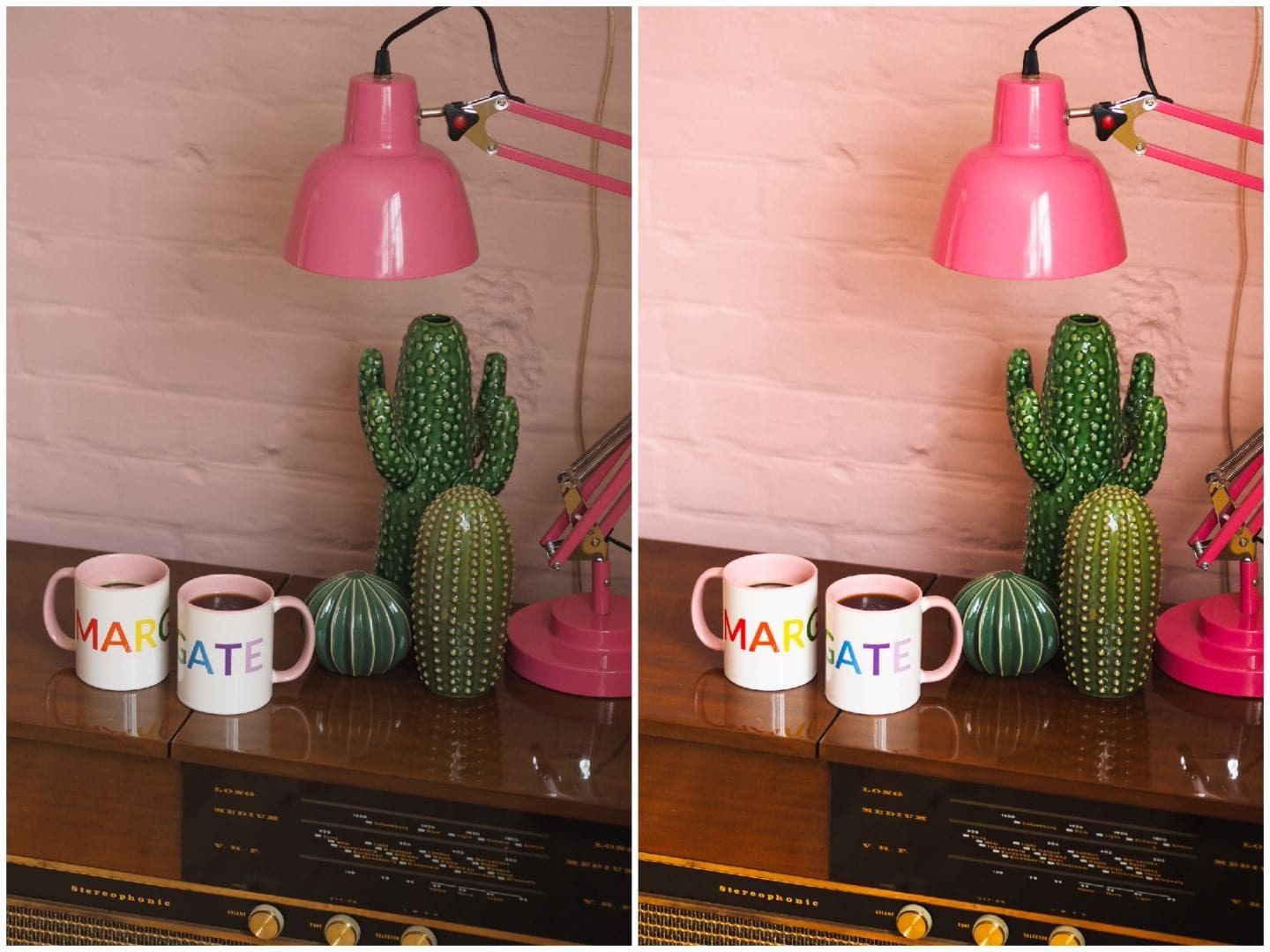 (Shot using the Olympus E-PL8 Camera with the 45mm Lens. Right hand side image edited with A Color Story ‘Chroma’ preset. Bought from acolorstory.com as part of a bundle for $99)

So, your blog is your business and you want to invest? Right?! OK! Then I have a few great options for you! First of all, Beth Kirby of Local Milk (who I mentioned earlier) sells some amazing bundles of presets, they aren’t cheap, but they look incredible and the two free ones she gives away are amazing, so these are deffo on my wishlist. I also recently bought a bundle of presets from the amazing A Beautiful Mess ladies, who also have the platform ‘A Color Story’. You might know their amazing editing app by the same name, but they also have desktop versions which you can buy via their website. It was $99 dollars, so with the exchange rate it was around £90, but I really wanted them and I saw them as an investment… and it’s business expense! I’ve shared a few examples above, but you can see more examples over on ‘A Color Story’.

I hope this post is of help, if you have any presets you love (free or not) and want to share / plug, feel free to comment below! Thanks for reading! Also the Etsy links are affiliate.