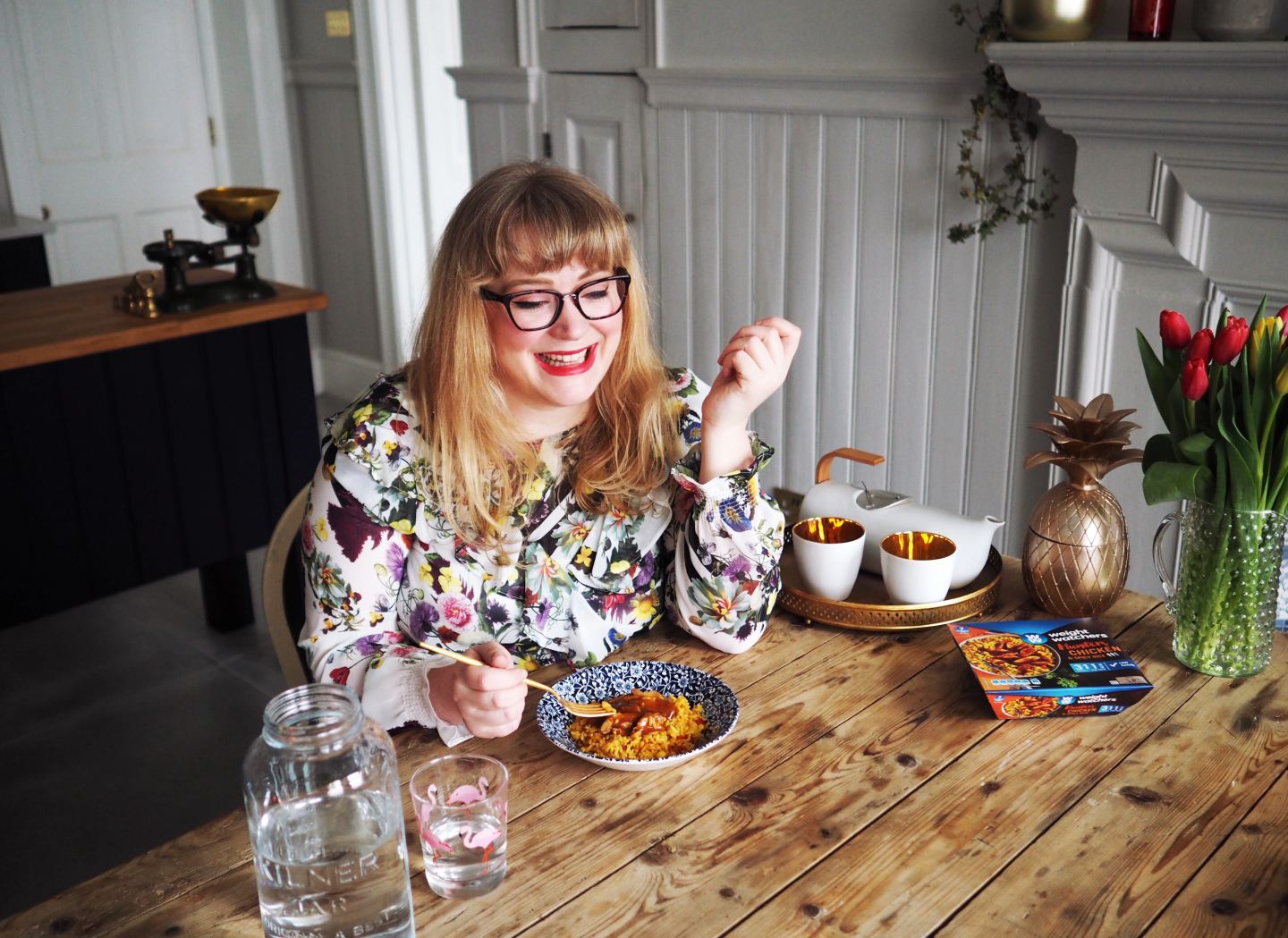 NB. Before we get started, this is an AD with WW, formally known as Weight Watchers Prepared Chilled food, but I don’t want anyone to think for even a second that this is a new years diet / ‘you’re not good enough’ / #ThinToWin post. It’s not, I’m all about confidence and body positivity, but I also believe that us ladies flying solo should be stuck eating the same meal twice on the trot or worse, cereal for dinner! I’m hoping this post gives you another option dining option!

My boyfriend travels with his work a lot. He goes everywhere from Hull to The Hague, Seattle to South London and whilst he’s living the dream and eating a room service burger in a hotel bed, I’m generally at home looking at an empty fridge trying to figure out if I should have a bowl of cereal for dinner or a couple of slices of toast for dinner. I’m so hopeless (and lazy) when it comes to cooking, that when he goes away, his parting line is often ‘Please eat some real food whilst I’m away’. And that’s when I find myself creating some odd ‘fusion’ dishes based on what’s in the fridge, I’ve been known to add lettuce leaves in my stir-fry (cooked lettuce, not on the side!), or my personal favourite solo meal; Soup & Crumpets. I often get asked why I don’t just order a take-out and there are two reasons for this, firstly, he goes away far too often, I would be seeing the delivery man 1-3 nights a week, do you really think I have the budget for that?! Secondly, with take-out food being notoriously bad for containing excessive amount of salt, sugar, saturated fats, it’s again, a bit of a no-go. So this year my friends, I’m embracing the world of WW Chilled Prepared Meals. Why WW? Let me explain! 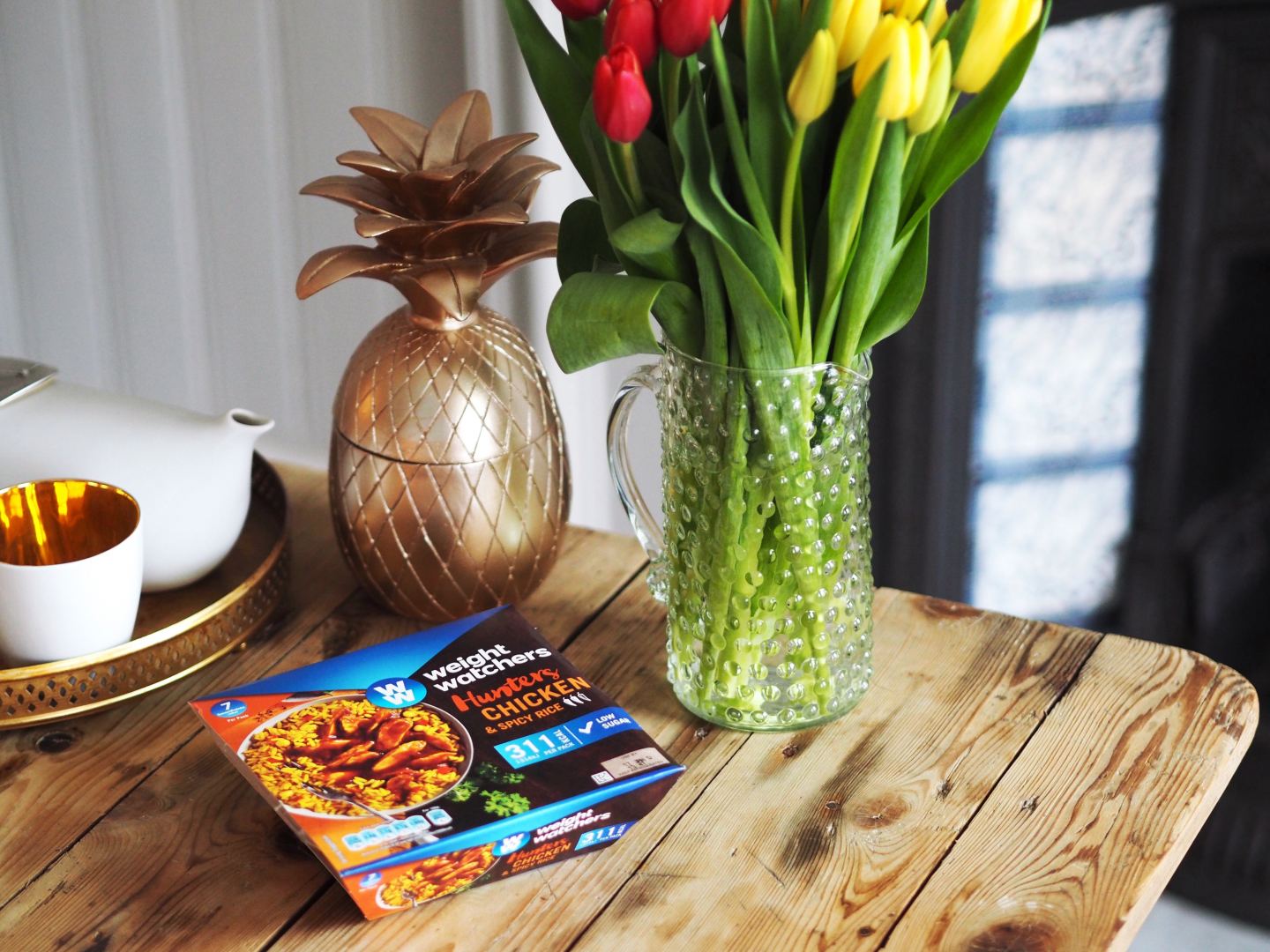 Much like take-out, ready meals are known for being laced with salt, sugar and fat. Some contain half (or more) of your daily recommended amounts of some or all of these things. Which is why I have traditionally avoided them, I’ve never been able to justify spending a fiver a go on a meal in a box filled with excessive amounts of everything I shouldn’t have. However, times have changed and ready meals aren’t what they used to be, Weight Watchers promise that every meal contains less than 400 kcals and are low in salt, sugar and completely free of artificial flavours and colours. Each meal is created with by top chefs using only ingredients you would find in your kitchen to make sure they taste great without the nasties which a lot of ready meals use. Plus right now, at Asda they are on offer for the whole of January, just £2 each compared to £2.50. It’s the perfect meal for one and believe me, cooking for one is hard! Pretty much every recipe is created for couples and families and every soup, stir-fry and packet of pasta sauce or meat has been created for two people minimum and I hate being forced to eat the same meal twice in a row! When I was single I used to joke that the supermarkets were punishing me for flying solo, but since my boyfriend travels so much, I’m finding myself having cereal for dinner way too often 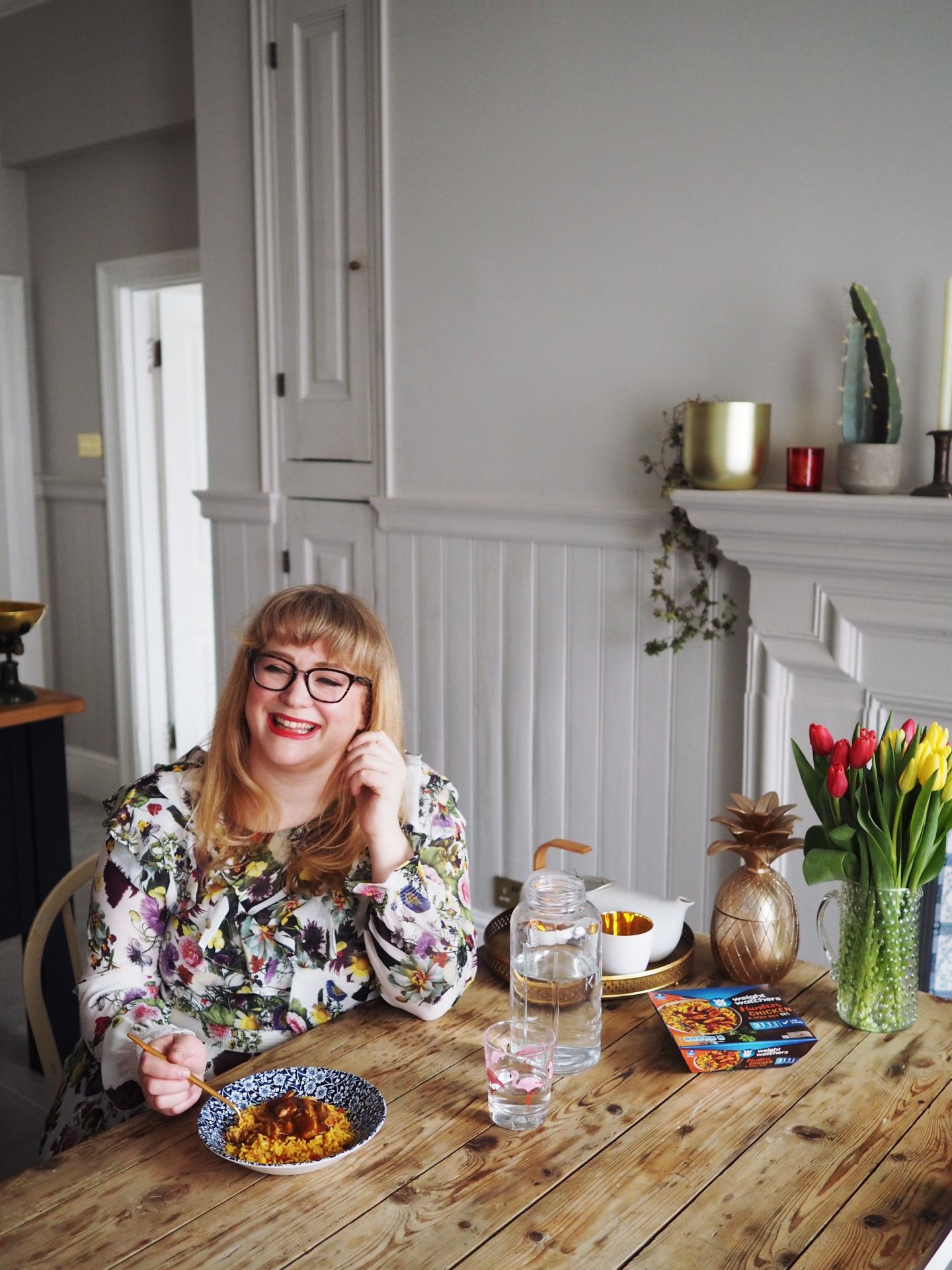 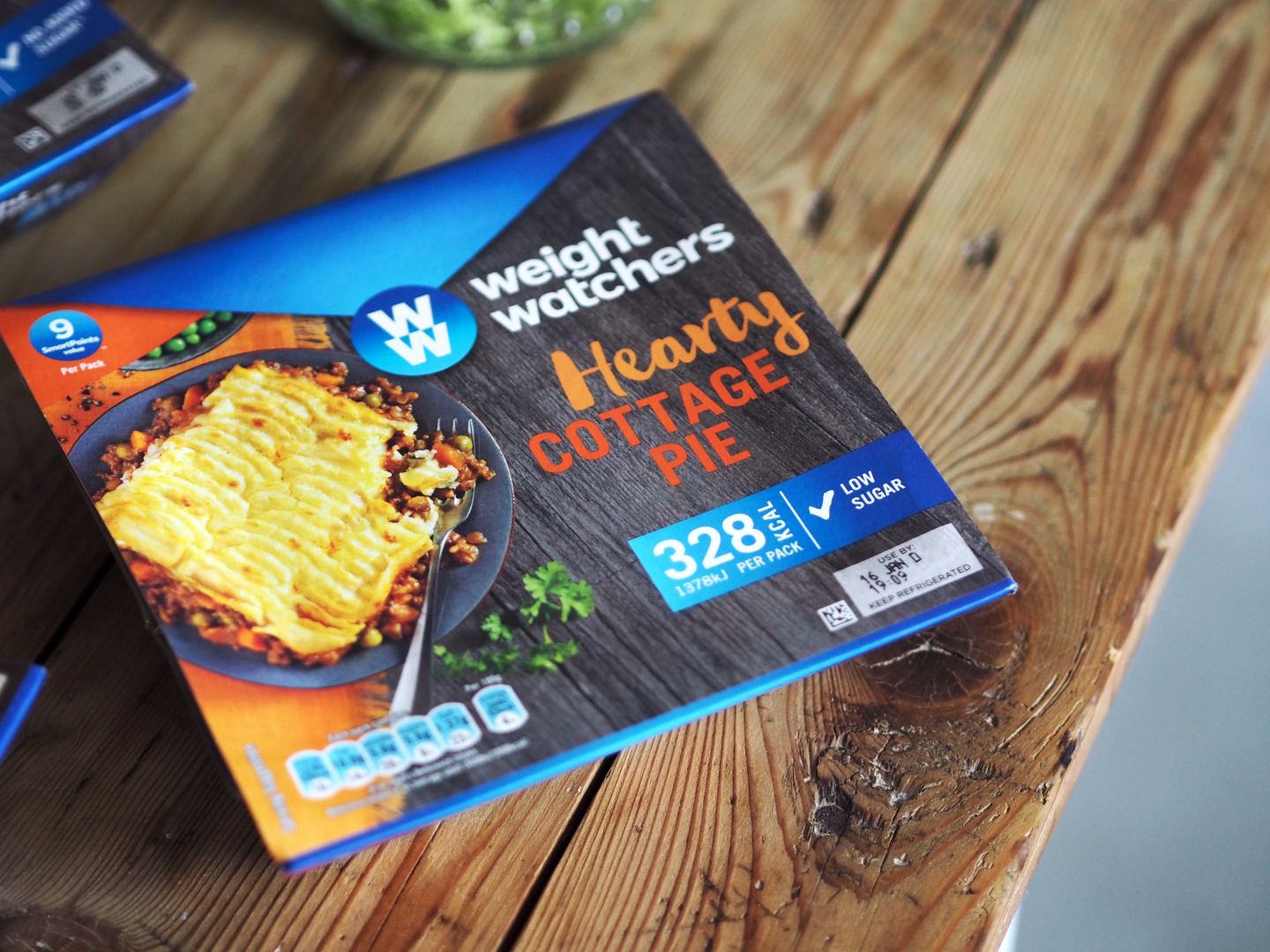 There are oodles of delicious meals to choose from in the range, including Spicy Mac & Meatballs, Hunters Chicken & Spicy Rice, Chilli Con Carne & Potato Wedges, Hearty Cottage Pie, Lincolnshire Sausage & Root Vegetable Mash and so much more. Over the past week I’ve been working my way through a fair few of them, so far my favourites are the Red Thai Chicken Curry, which has just the right amount of spice and despite the fact it’s low in calories, it still tastes really creamy with the coconut milk based sauce. I also really like the Hunter’s Chicken & Spicy Rice, which is also a delight. I wasn’t sure what hunters chicken was, but it’s basically a chicken in a BBQ sauce, the rice has extra vegetables in and again, it’s really tasty and again, has a nice spicy kick. My boyfriend may have helped himself to the Creamy Chicken, Leek & Mushroom Pie which he loved (I didn’t try this one as it contains cheese) so instead I had the Chilli Con Carne & Potato Wedges. Which again, is really delicious and I was *very* drawn to because chips and potato wedges are my biggest vice in life! Also, I don’t own a microwave as I’ve never been a fan of microwaved food, so if you are like me, don’t worry, a lot of the meals like the pies and chilli are oven cooked and the thai curry and hunters chicken I just popped in a pan and cooked through. Easy!

This post has been sponsored by WW Chilled Prepared Meals, as always, all opinions are my own. You can find these meals at Asda in the fridges and right now, they are reduced to £2 each until the end of the month. 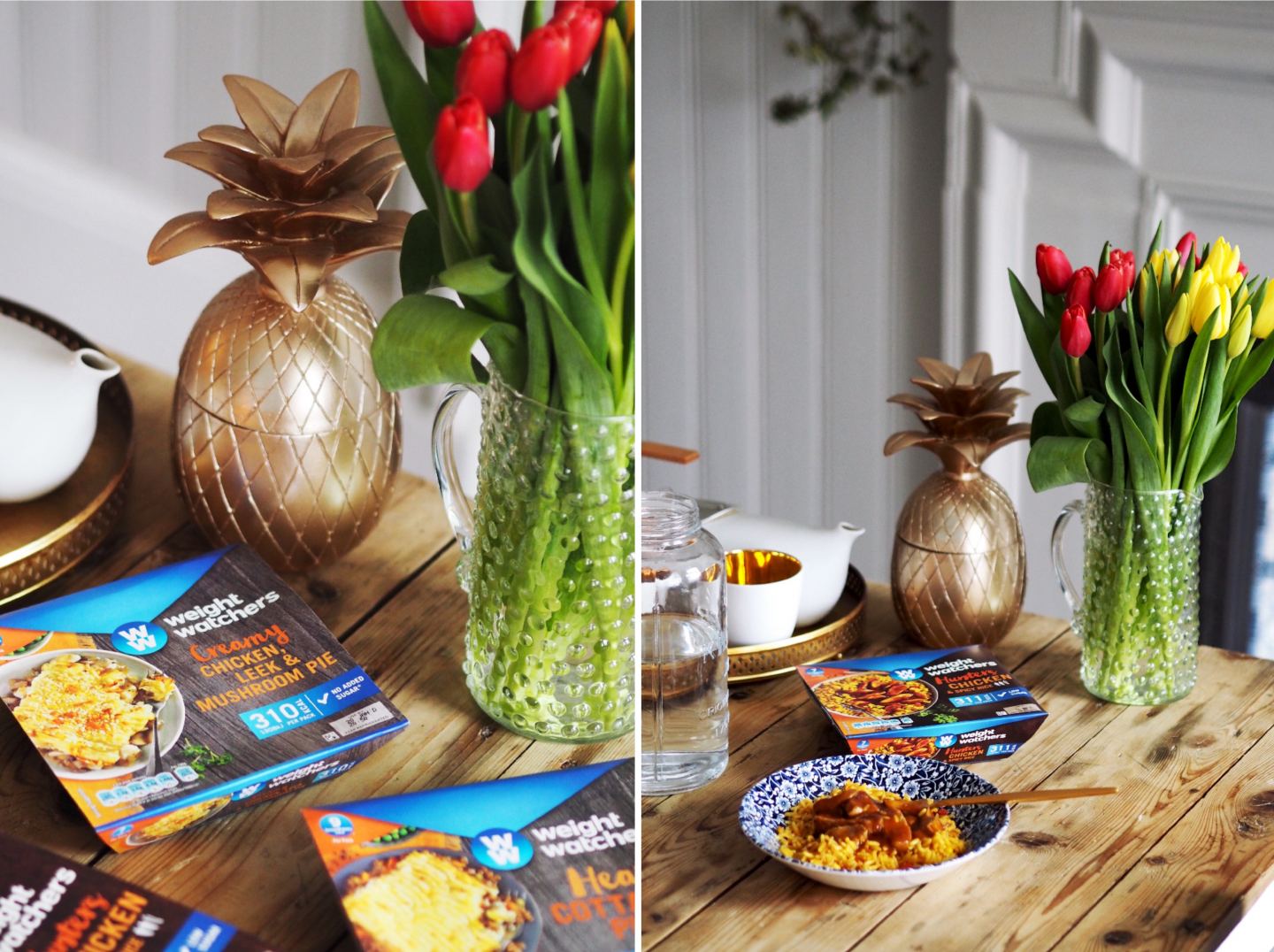 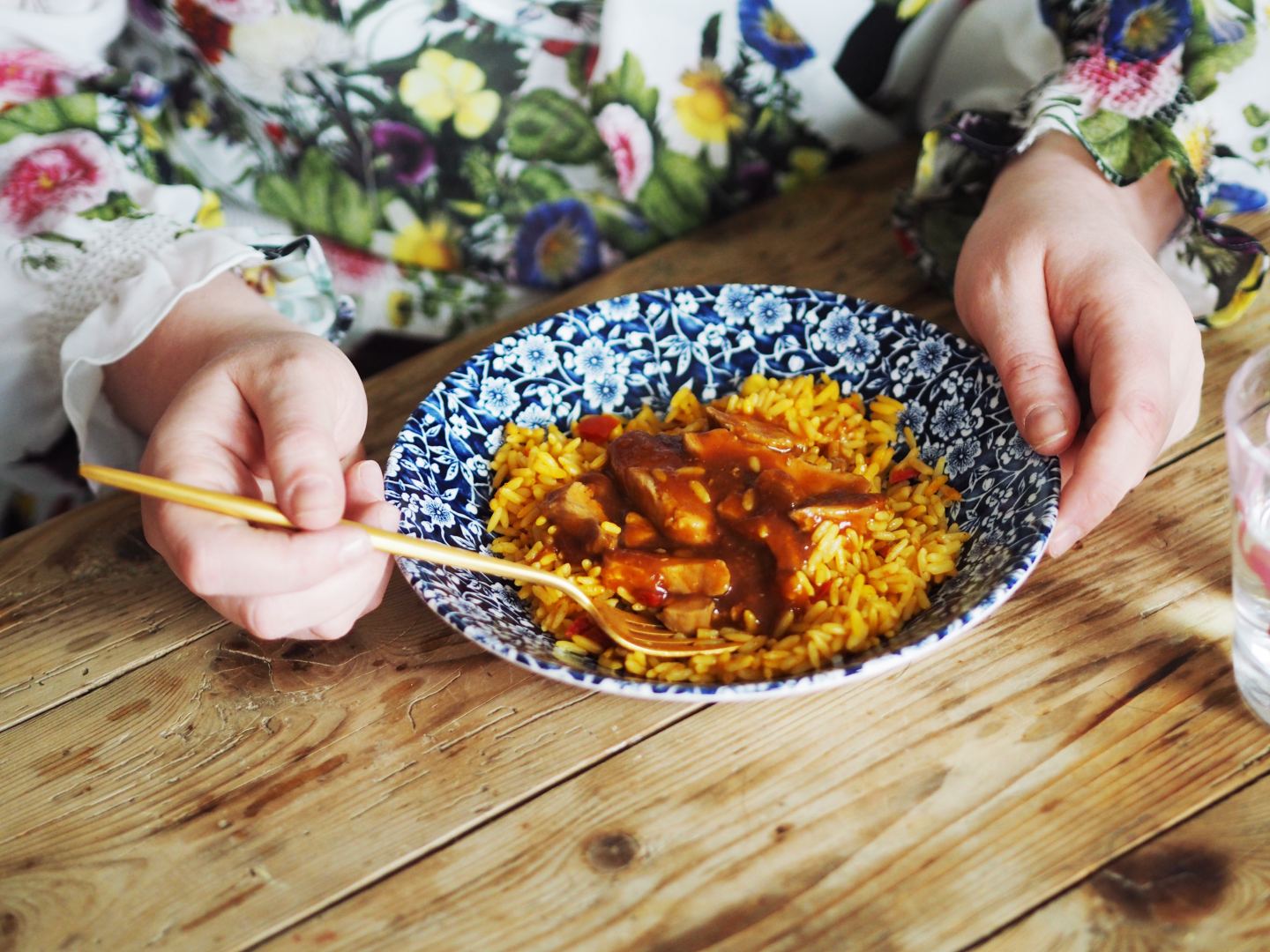 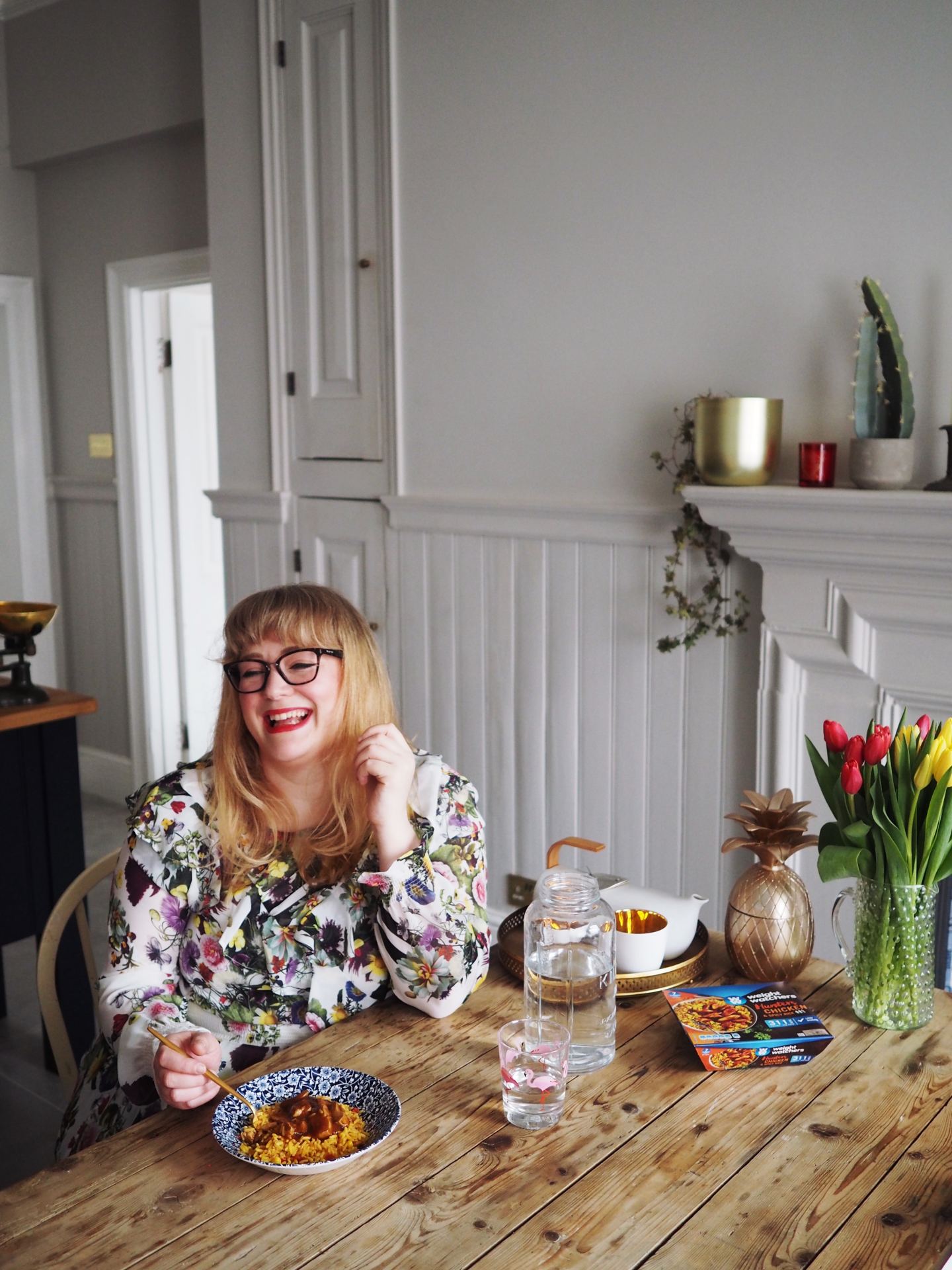