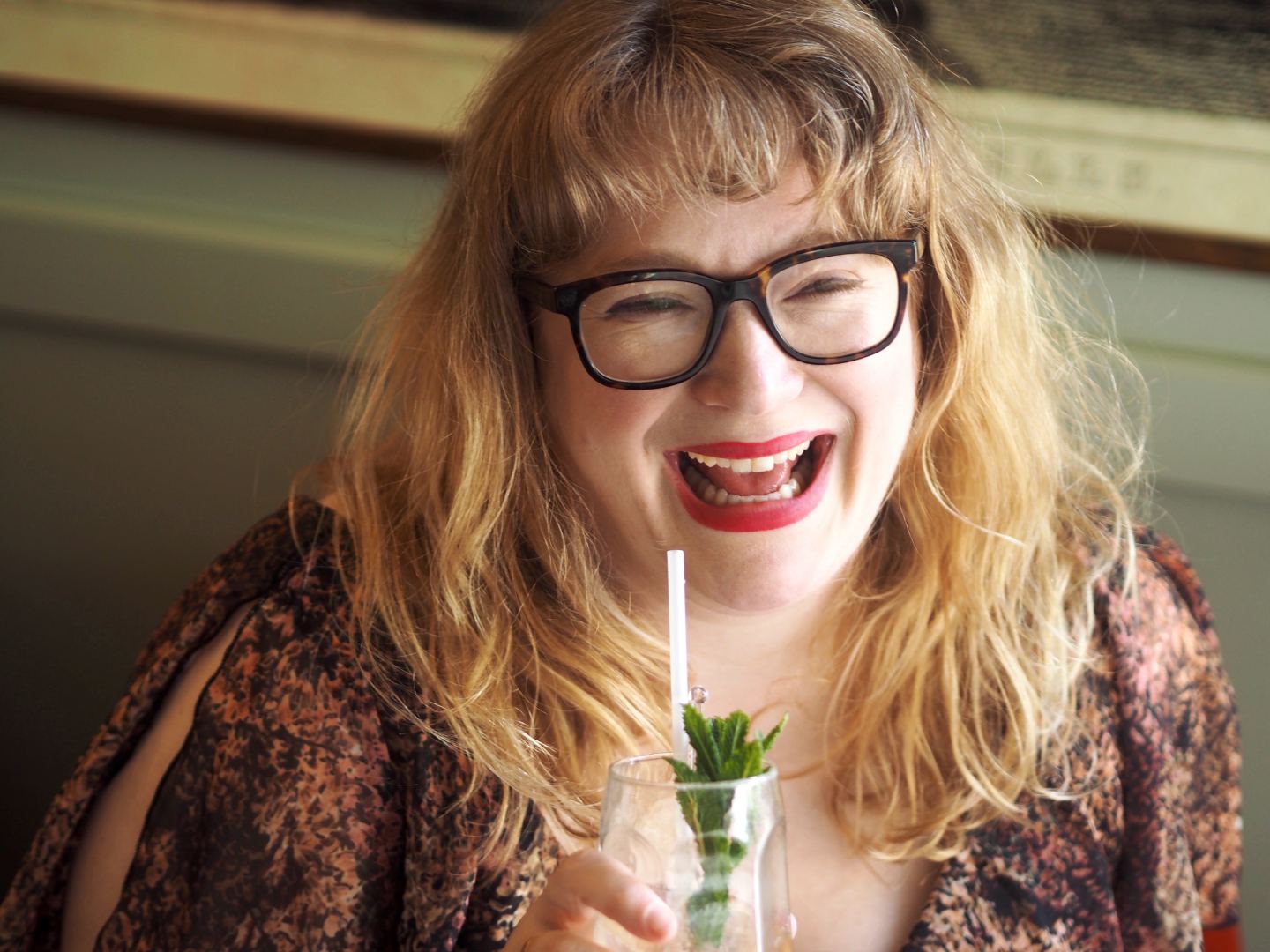 Have I been a little MIA this week!? If so, I’m sorry, but it’s been my boyfriends birthday and I was taking a little time off to spend some time with him. We went for drives and drinks, brunches and lunches… in fact we didn’t have dinner for three nights in a row because we had eaten such epic lunches that my dinner time we were still full! My favourite of all the days was an incredible lunch at The Ivy, Royal Tunbridge Wells and I’m SO excited to share some snaps and even a vid I took whilst we were there! 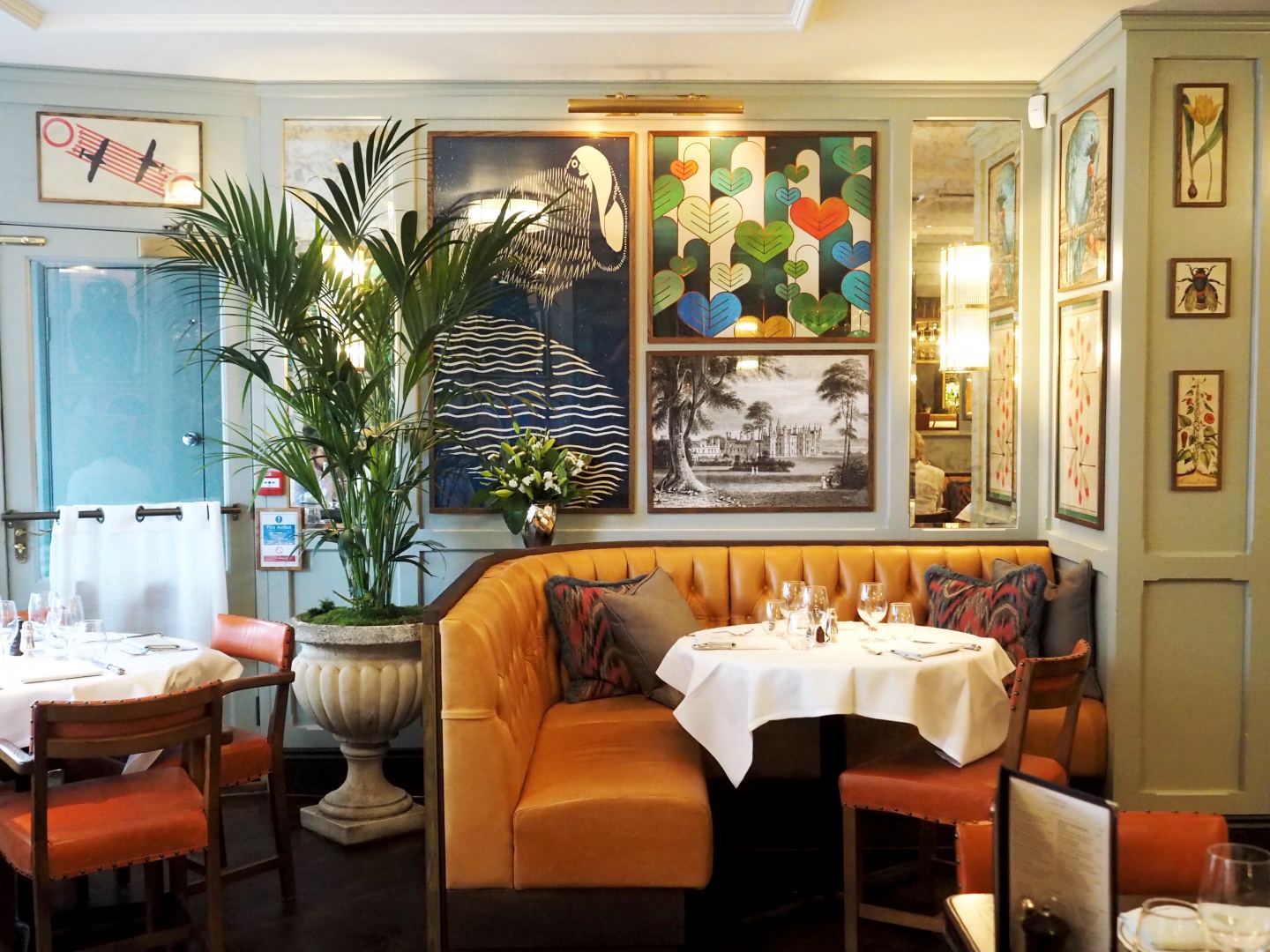 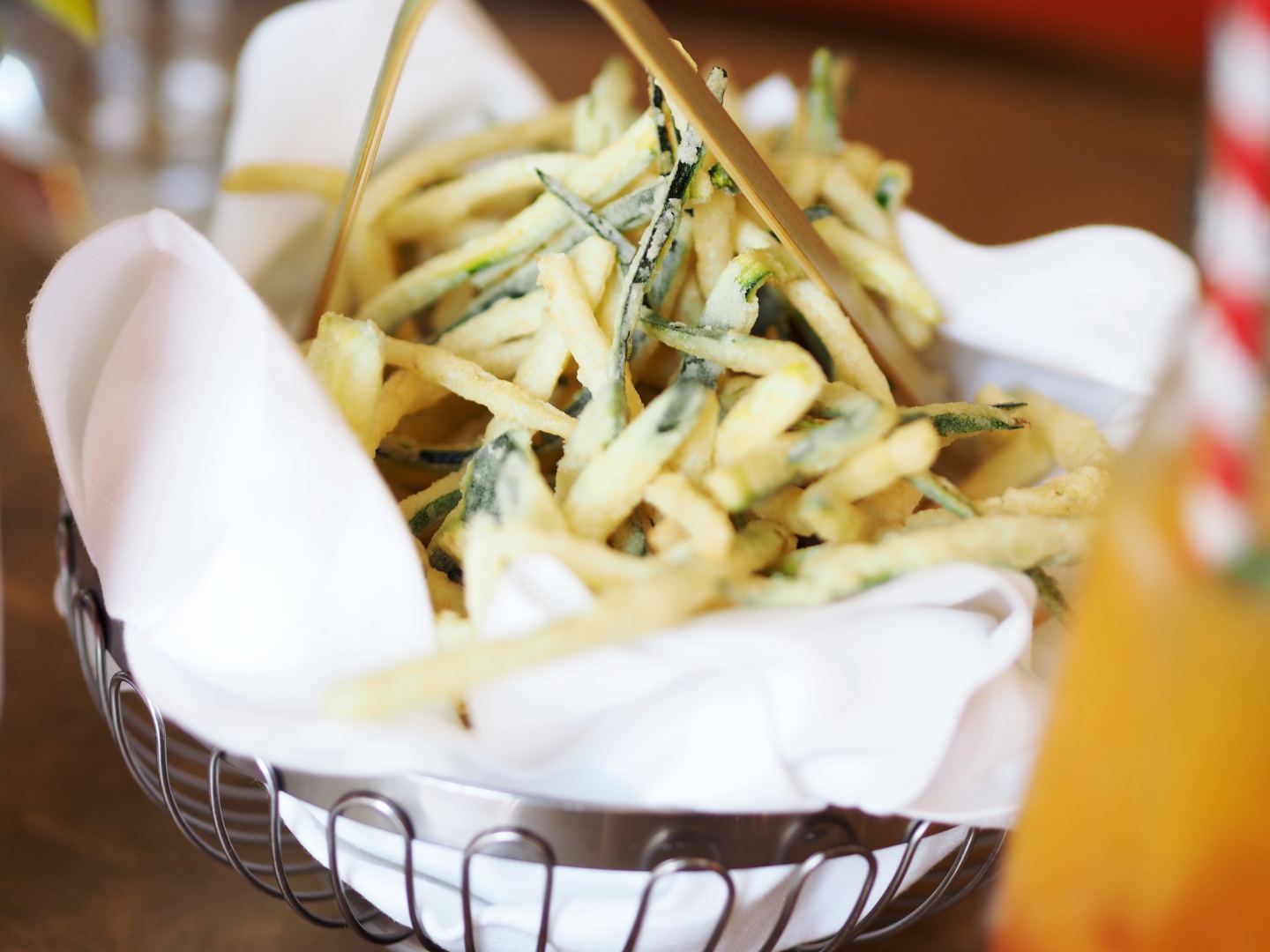 This year we decided to do a gift-free birthday because we are still renovating the house and quite frankly we have a list as long as our arm of things we still need to do to the house (re-pointing, the garden, stair runners… you name it!) However, I couldn’t resist treating him to a few slabs of cheese from an artisan cheese seller (no really, I bought him birthday cheese!) and a lovely lunch at The Ivy in Tunbridge Wells. Funnily enough, he said to me after all the festivities were over it was one of his nicest birthdays ever, which was lovely as in previous years we have really splashed out and stayed at places like Babbington House, Le Manoir, New York, Marrakech and a whole heap of other places! I guess it doesn’t really matter how much you spend, as long as it’s special and my friends, The Ivy really was! 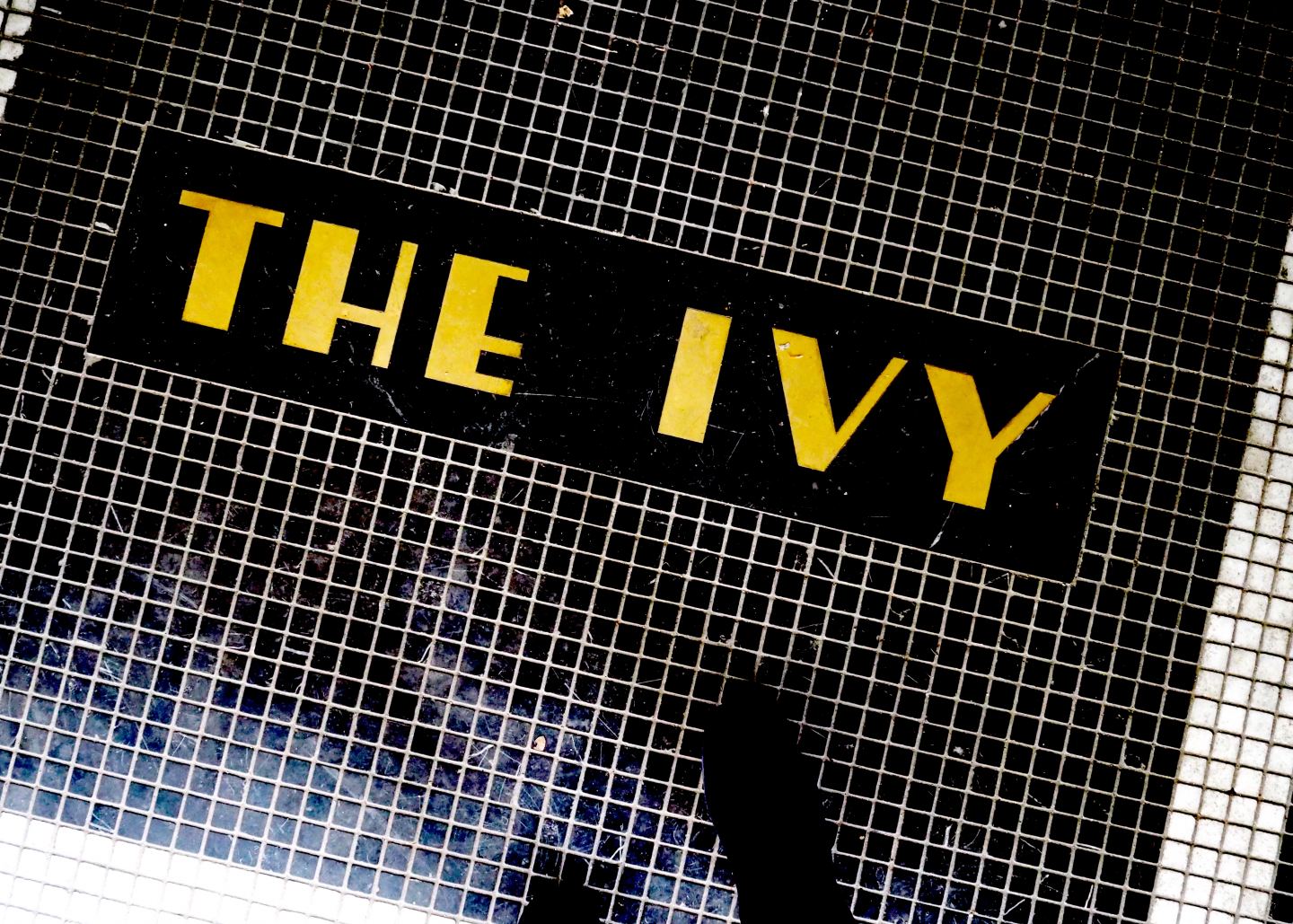 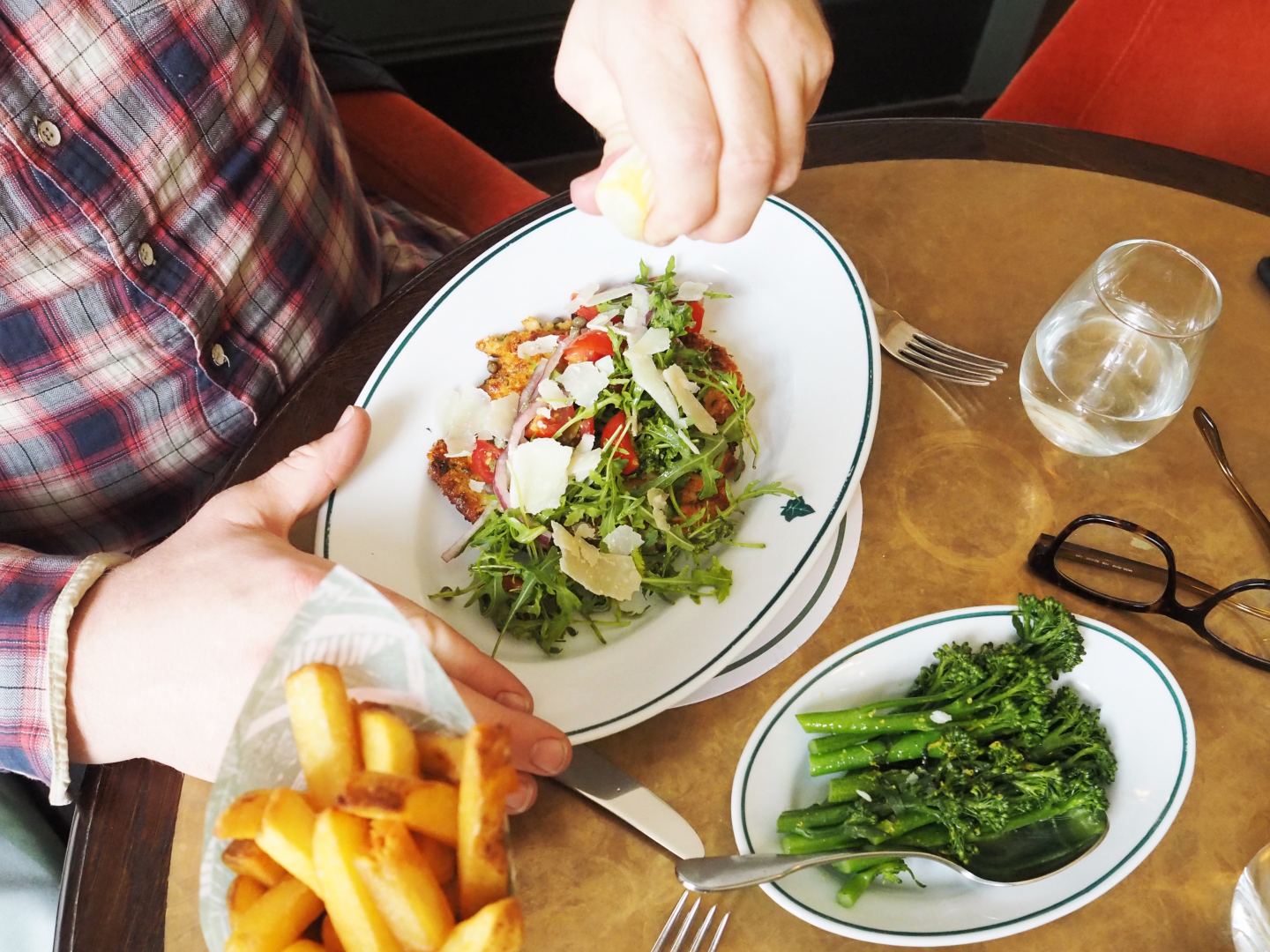 So, let’s chat about our experience at The Ivy shall we? Well, until my visit to Tunbridge Wells, I had only been to the central London Ivy’s (Soho, Chelsea & Covent Garden) and I was super happy to discover the menu, decor and service was the same level of excellence. I saw all my menu favourites instantly; the insane zucchini fries, the incredible fillet steak, the perfect scallops, the endless side dishes and of course…. the desserts! I mean, it’s worth coming to The Ivy just for the desserts alone! The chocolate bomb is incredible! It’s like a big ball of melting oozing caramel, cream, ice cream and chocolate. I’ve had other chocolate bombs  in other restaurants over the years, but often found the main event is the serving experience (you gotta love the theatre of the pouring and melting!), but at The Ivy, as exciting as ‘the bomb’ is, it’s still all about the taste! 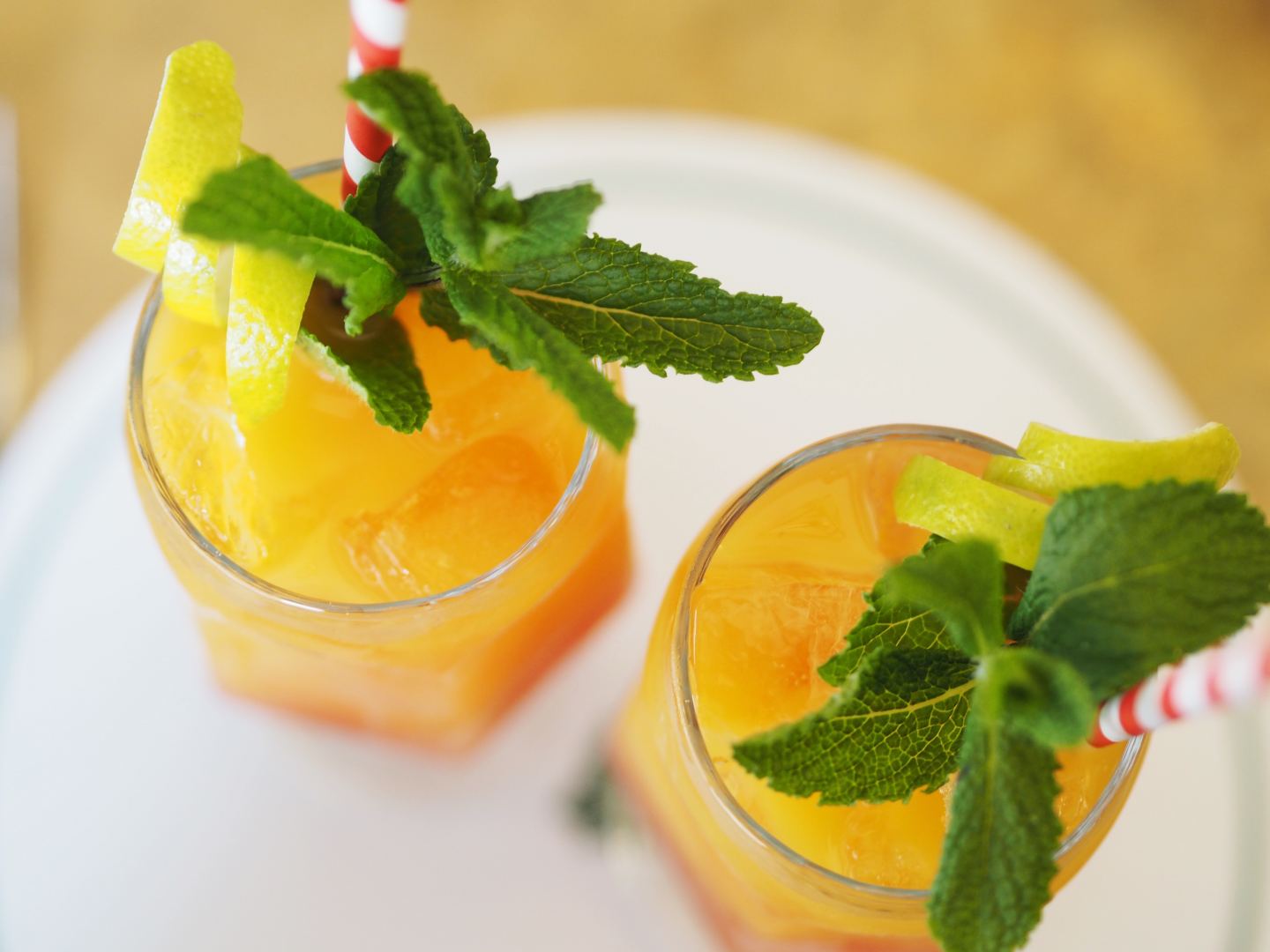 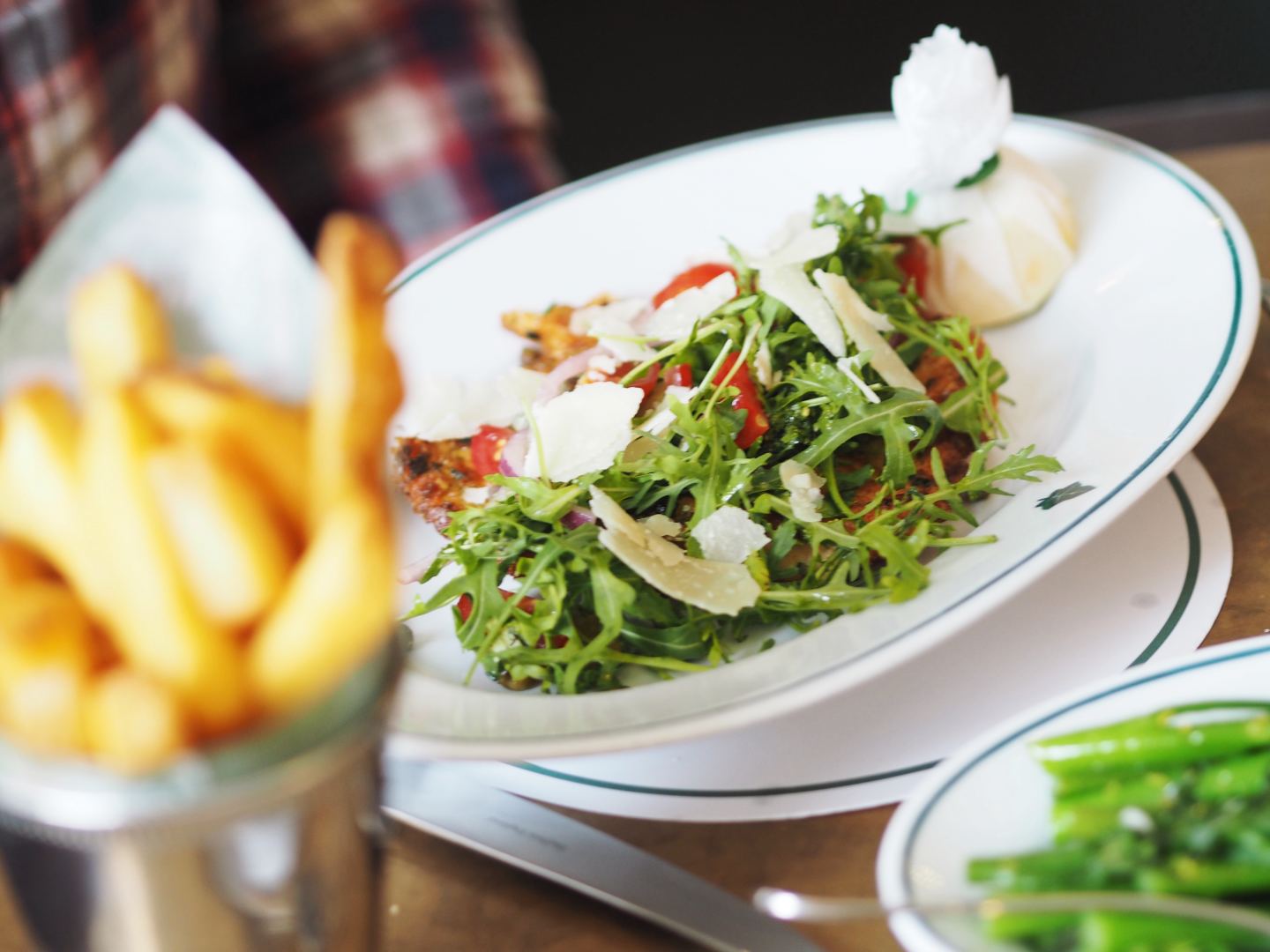 The Ivy are well known for their incredible cocktail menu, which is why we couldn’t resist a sneaky lunch time cocktail. It had to be the Rhubarb Collins for me which is just divine; Zesty, delicious, sweet, indulgent and a little bit tart! As for the starters, I went for a simple garden salad and he had the scallops. I know my green salad sounds a little boring, but I promise, it was everything I wants, simple mixed leaves with a dreamy dressing and not too filling because I had ordered the steak for main (a girls gotta pace herself!). His scallops looked amazing too, he pretty much inhaled them and he promises me they were divine! 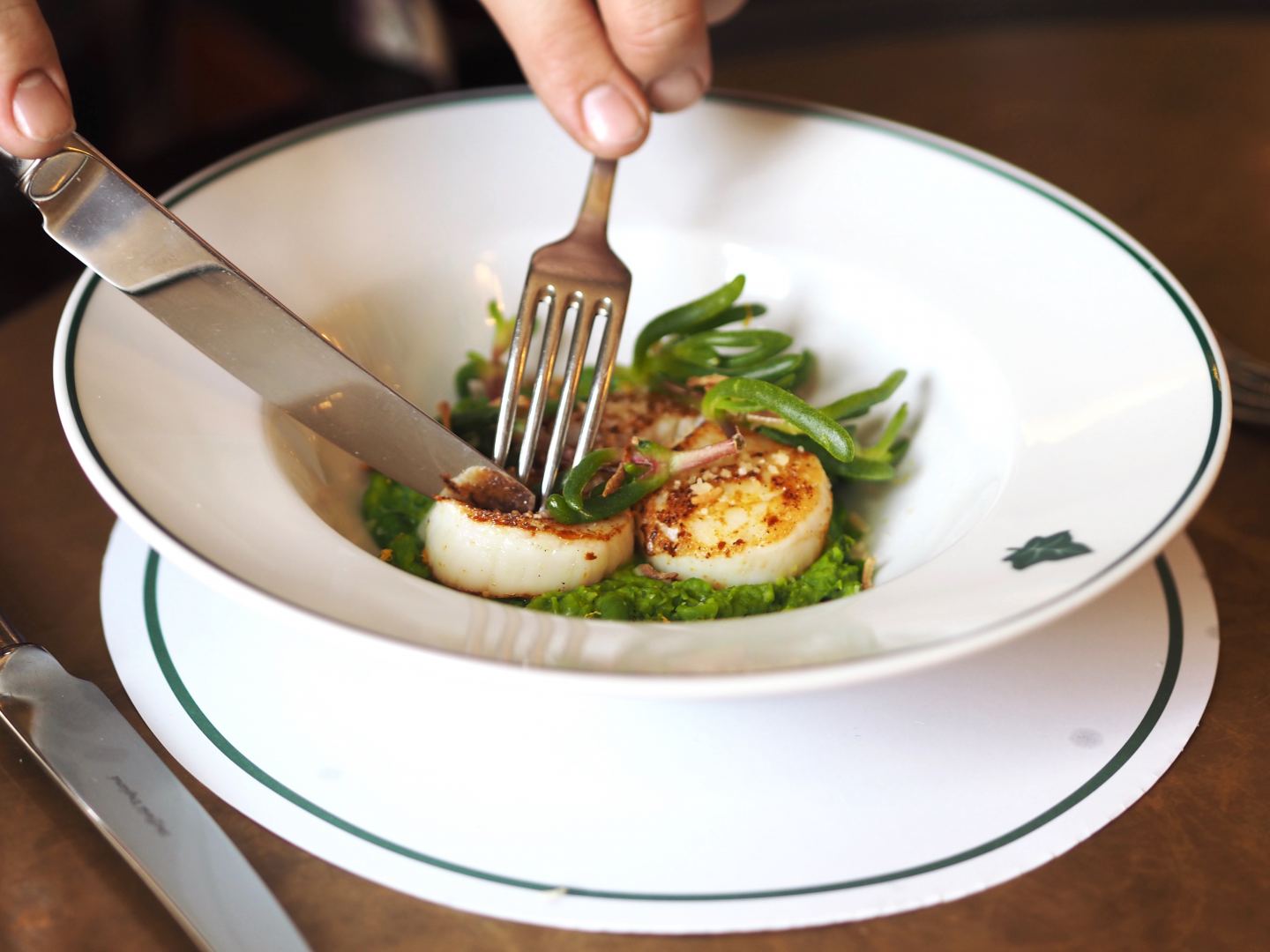 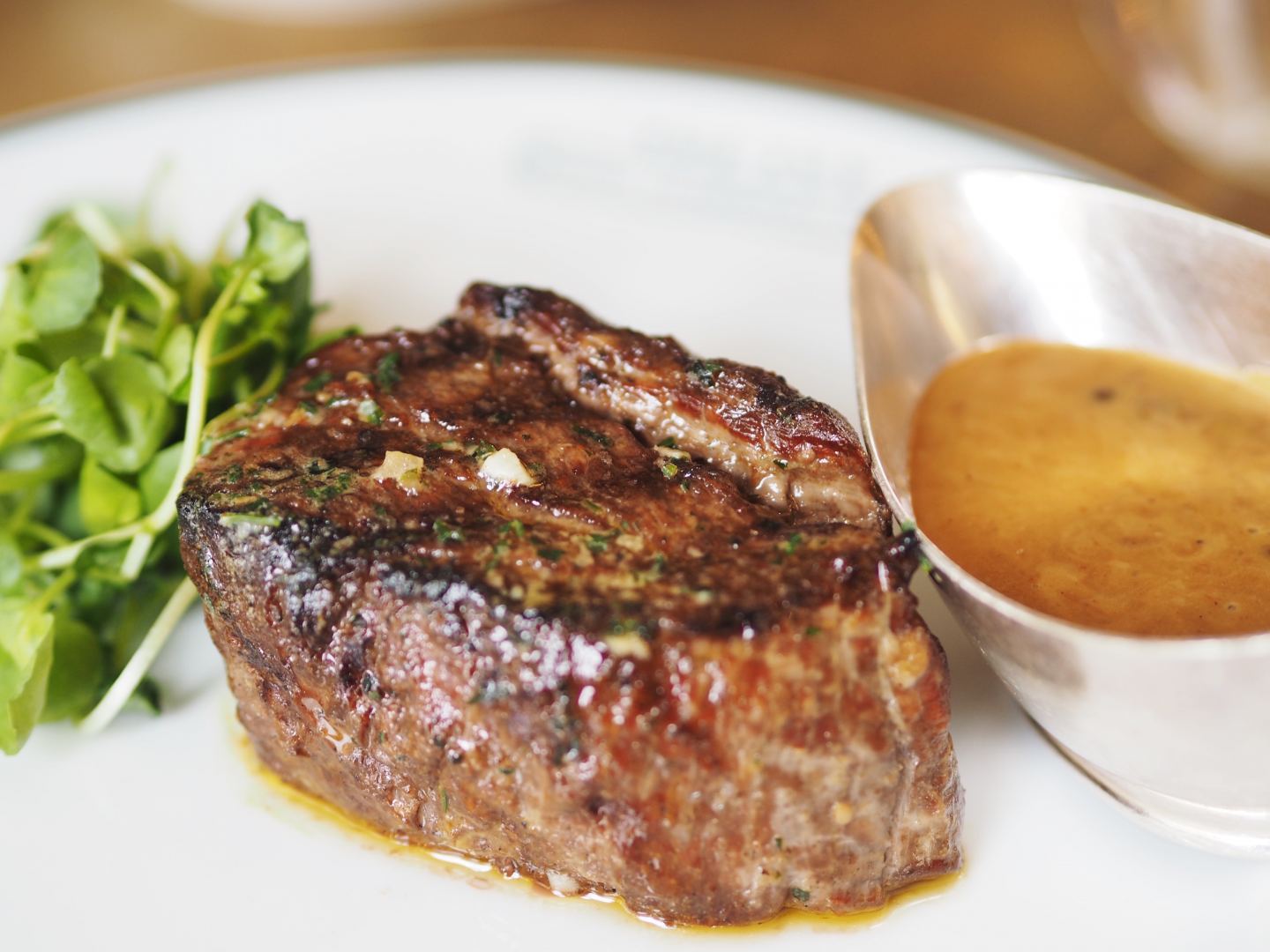 For the main, he went for the chicken Milanese and I couldn’t resist the fillet steak with the green peppercorn sauce… what can I say, it’s my favourite! I had it medium, which is unusual for me as I usually go medium-well but it’s such perfectly hung, tender fillet, it would have been a shame to have cooked it any longer. It was fabulous! His chicken Milanese was also delightful and we shared my triple-cooked chunky chips because I wanted to save space for dessert! Side note here, if you do fancy getting the steak, I can assure you it’s worth the slight surcharge, they serve a beautiful fillet which is faultless. However, if you are torn between the Ivy Burger or the Steak Sandwich, my personal favourite of the two is the steak sandwich, it’s a real winner! 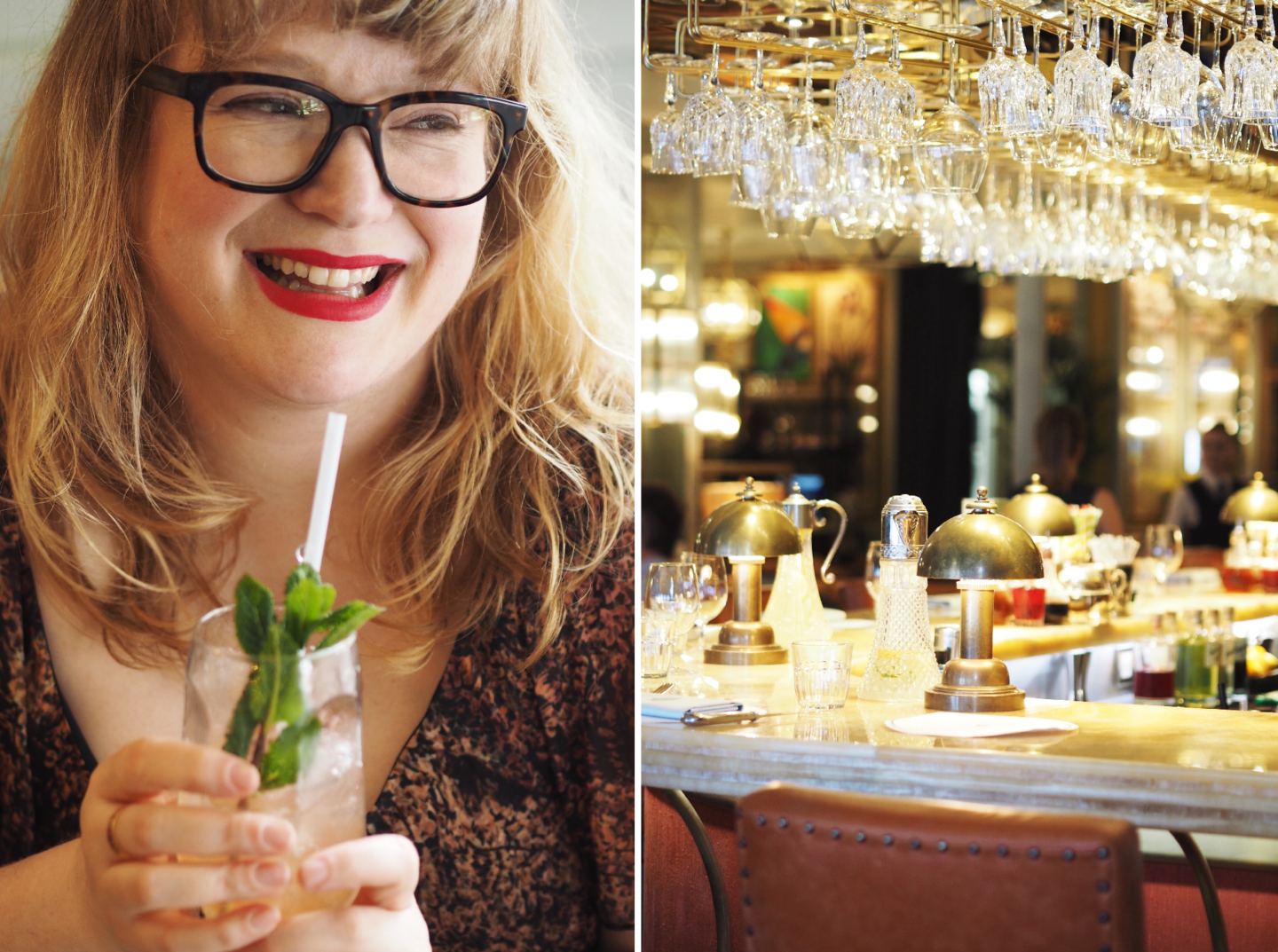 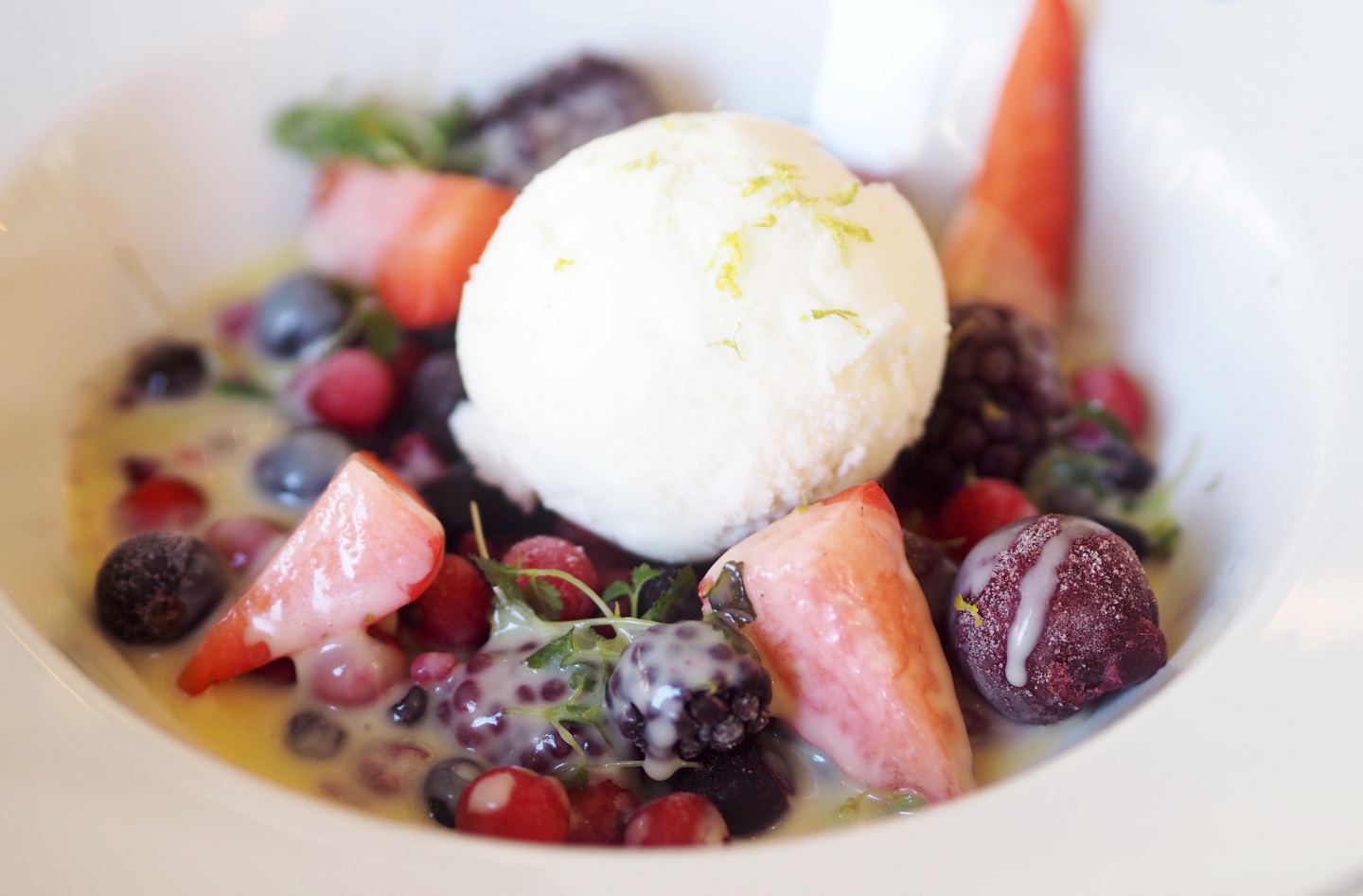 When it comes to dessert I often insist on us ordering one each and going halves on them both. I was pretty full from my amazing steak so I opted for the frozen berries (it’s divine, frozen berries with ice cream and white chocolate sauce, seriously, it’s amazing!) and he went for the chocolate bomb which was rich and decadent. I promise, it tastes every bit as good as it looks… if not better! Seriously, just watch the vid and if it doesn’t make you hungry, I don’t think we can be friends!

A huggeeeee thank you to The Ivy for inviting us down to Royal Tunbridge Wells to celebrate my boyfriends birthday! We had the most amazing time and our waitress was a dream!