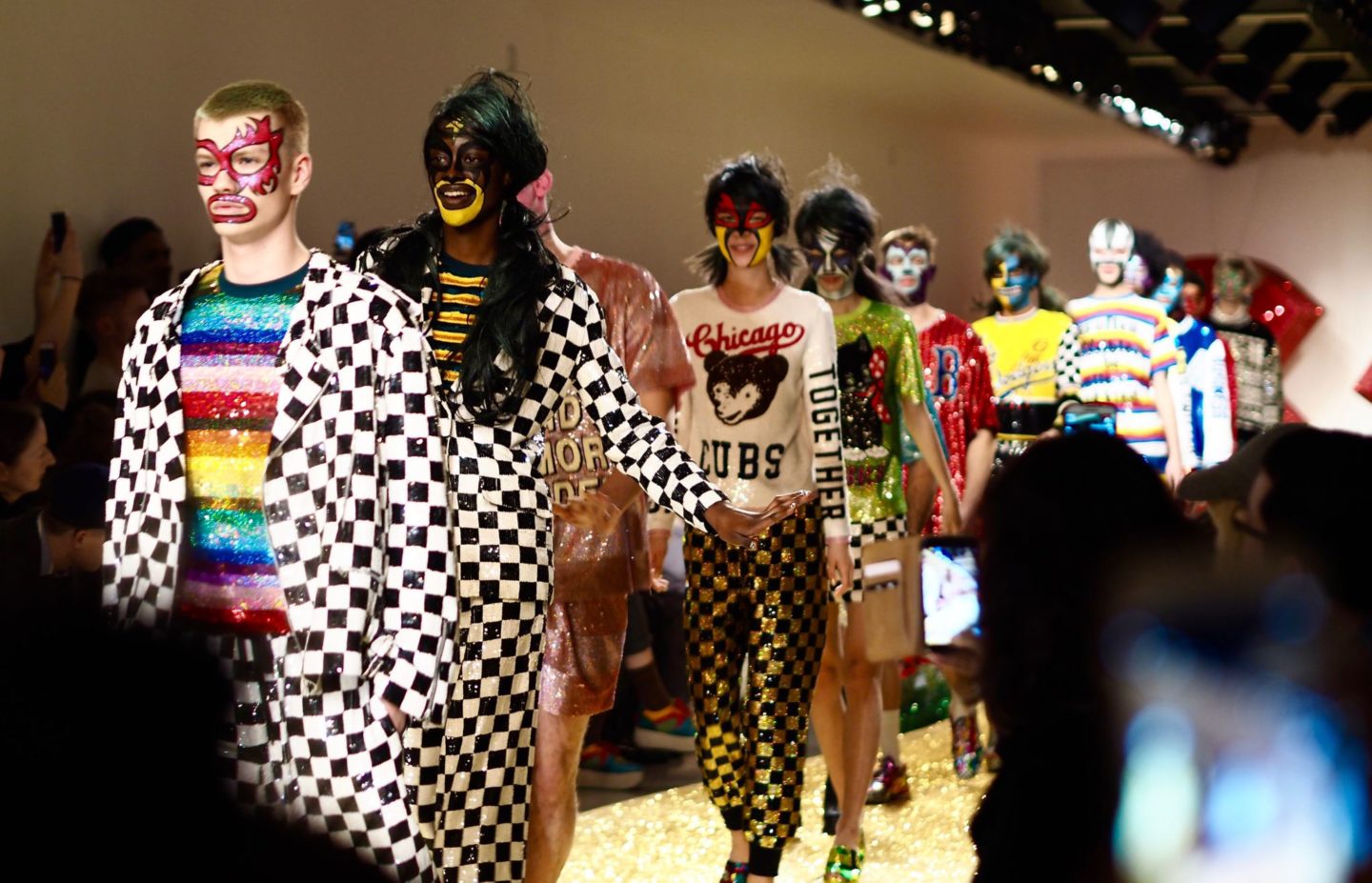 Don’t Give Up The Daydream

Declaimer: Blogger Rant ahead, but bare with me, it’s going somewhere! A few weeks ago my friend, Adorn Girl wrote a post about how some bloggers are going to London Fashion Week, requesting show tickets and basically not doing anything with said tickets. They spend the morning hanging out in lounges, get their hair done and nails sorted, then they head off to the show and do a selfie from #FROW (actually, it’s more likely to be the third or fourth row) showing off their new blow dry and talking about how they are at a #LFW show. Personally, I think if you are not going to support the designer who gave you a highly coveted seat, then why attend? If it doesn’t ‘fit your IG theme’, or you can’t be bothered to blog about it, it’s a bit rude TBH. It’s something Adorn Girl and I speak about often; Bloggers, please do you job and show some respect to the industry. The designer is putting everything they have (both creatively and financially) into designing a collection, running a business and trying to make a name for themselves. Selfies of your new blow dry can be done elsewhere and instagramming the ticket on your lap doesn’t count either. Why am I bringing this up? Because the Ashish collection was so incredibly good, every single person there (blogger or not) should be shouting about how good it was. Brexit was bad, but Trump, he’s another level of terrible. Ashish told us through his collection, it’s time to stay strong. 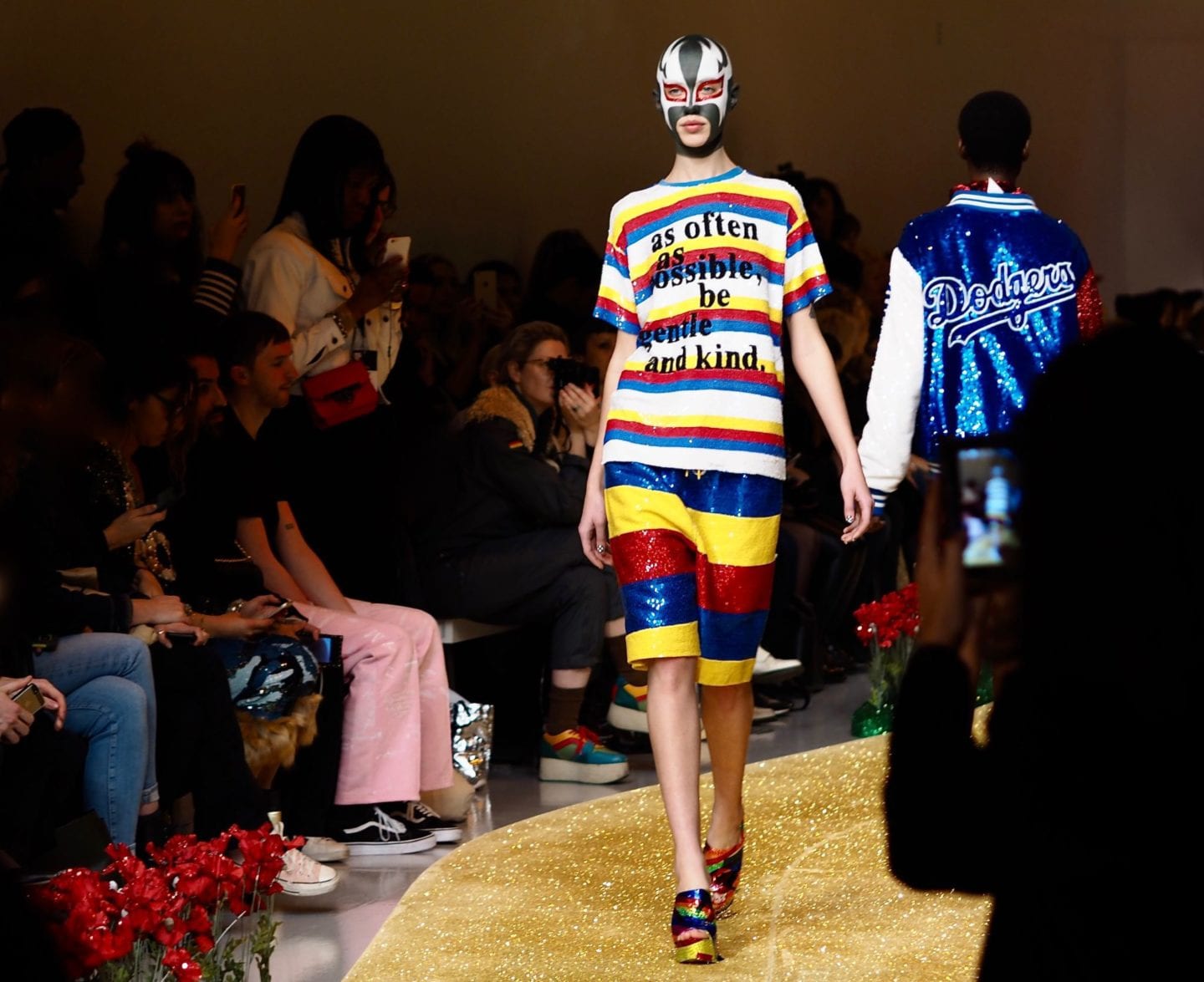 Earlier this week, I crammed all my LFW favourites into one day, it was pretty hectic. I started the day backstage with Benefit, moved onto The Apartment for GBK Lunch, hopped in a BareMinerals cab to Aspinal of London presentation, then onto Clio Peppiatt (see the show here) and then had some food, Lavazza coffee (in an limited edition Ashish cup, no less!) and replied to emails whilst we waited for the Ashish show. I don’t want to pick favourites, but the Ashish show was SPECIAL, like really special! Rainbow sequins, 70’s style cartoons, spangly sportswear and lots of optimism. Instead of drawing attention to the problems in the world, Ashish made the show more of a celebration of awesomeness and joy. 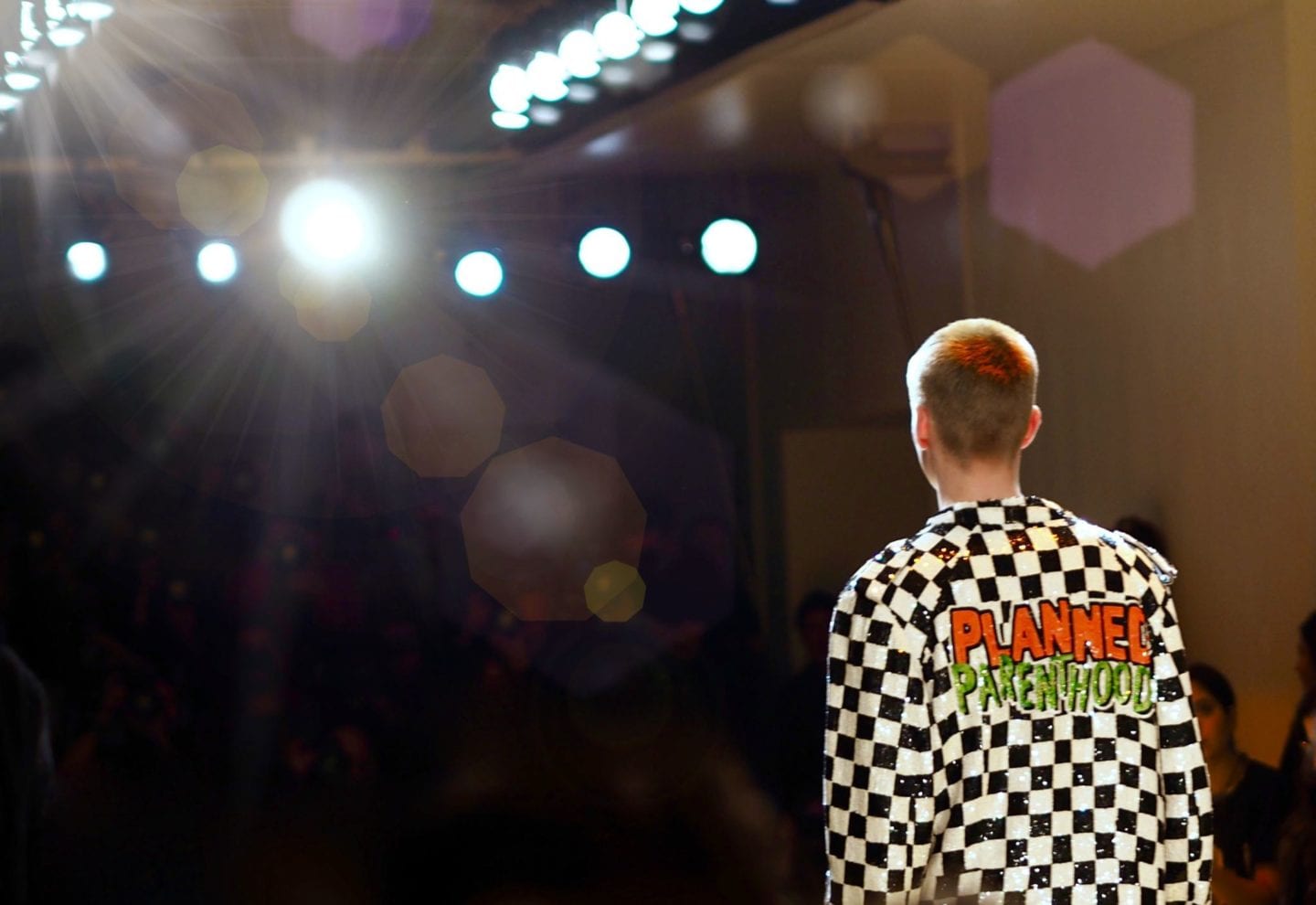 In His Own Words…

“I would say it’s about positivity in a time of so much confusion. It’s about courage, equality, love and freedom.  The phrases I’ve used on these pieces are trying to make this statement. I think it is a wonderful opportunity because I love baseball as an inspiration for equality and unity – the fact that it was the first sport to allow a person of colour to play professionally is incredible.

This collection brings together the male aesthetic translated in the most feminine way. I think I see it this season as more like the pieces being a labour of love, with really positive messaging.” 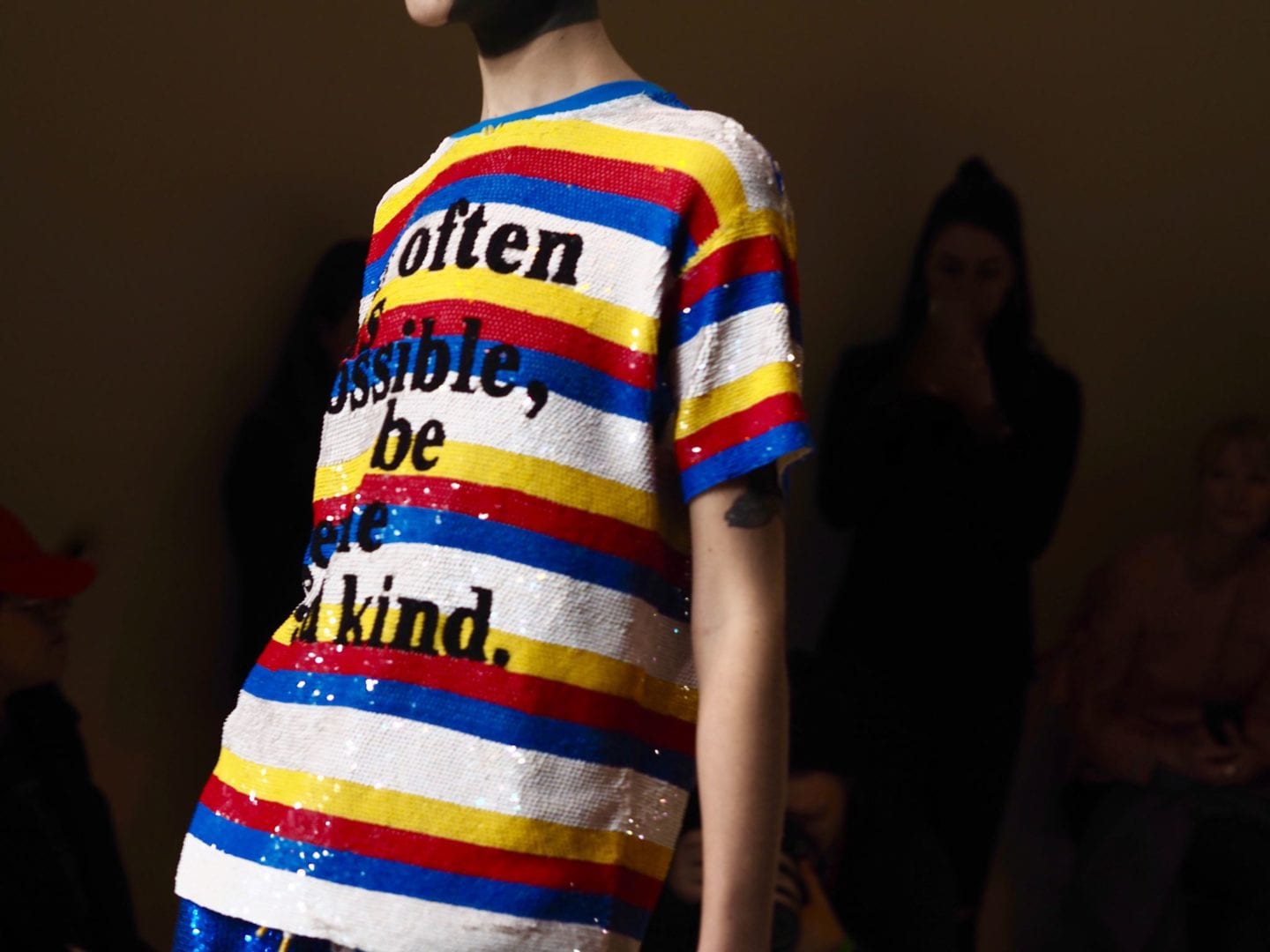 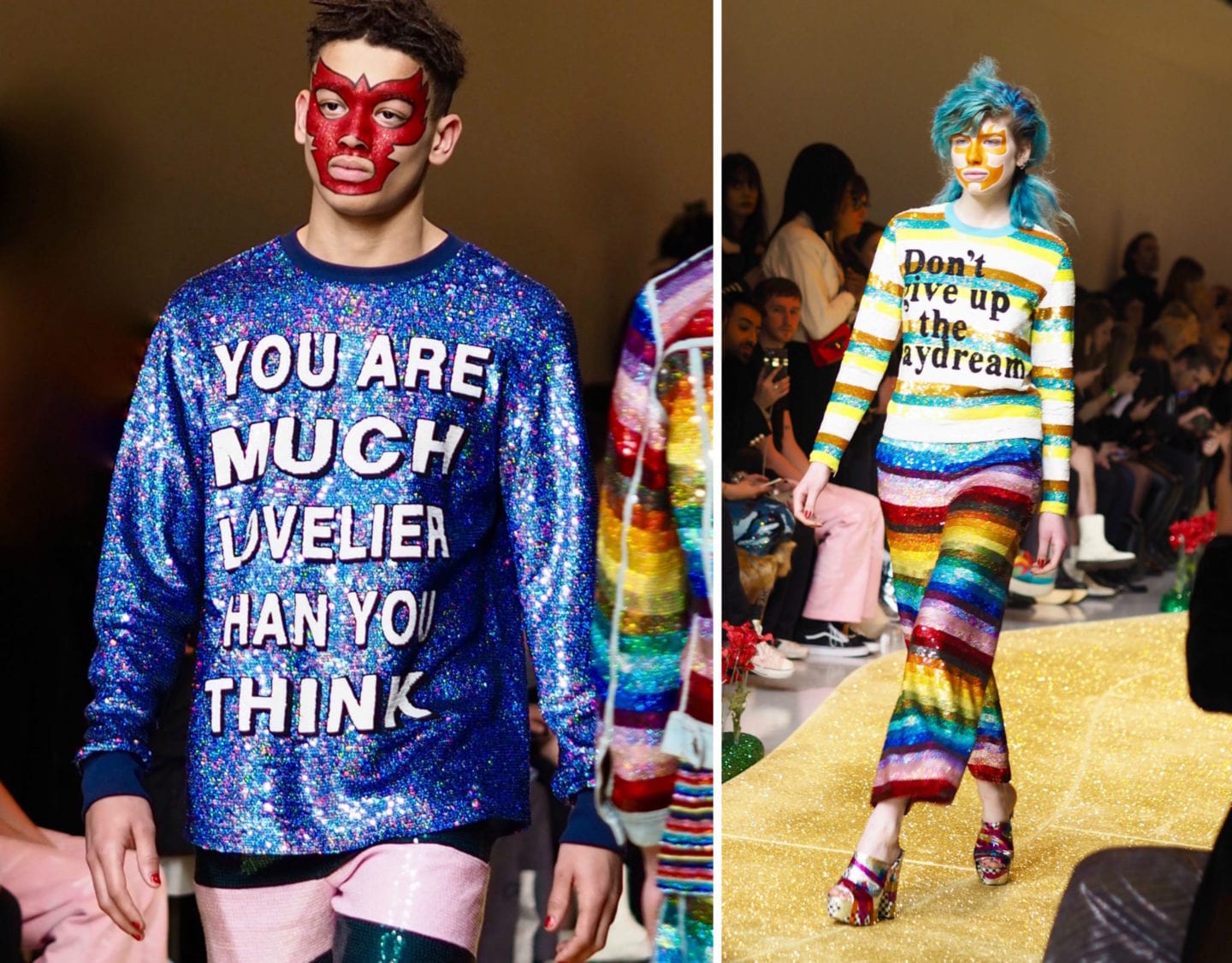 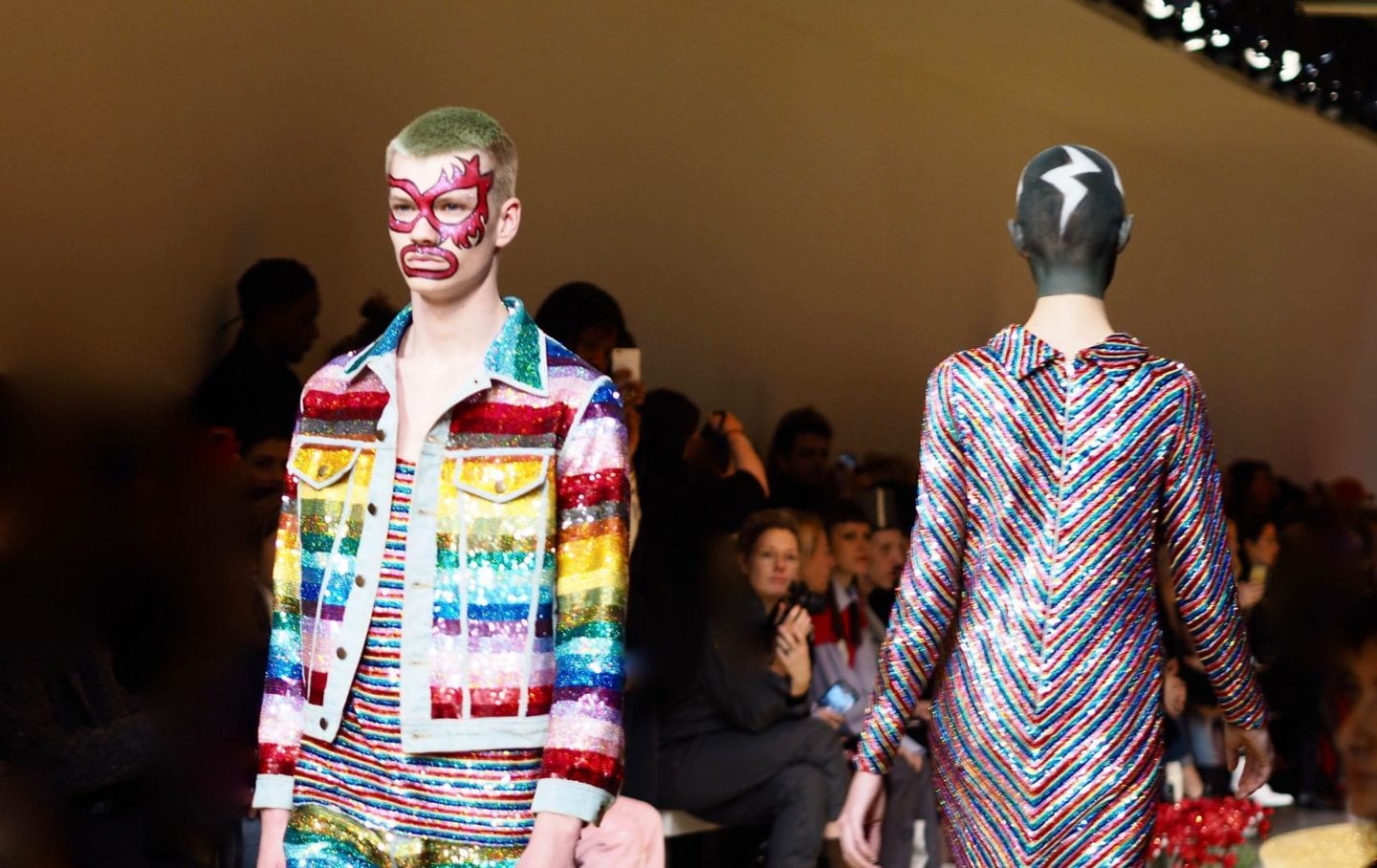 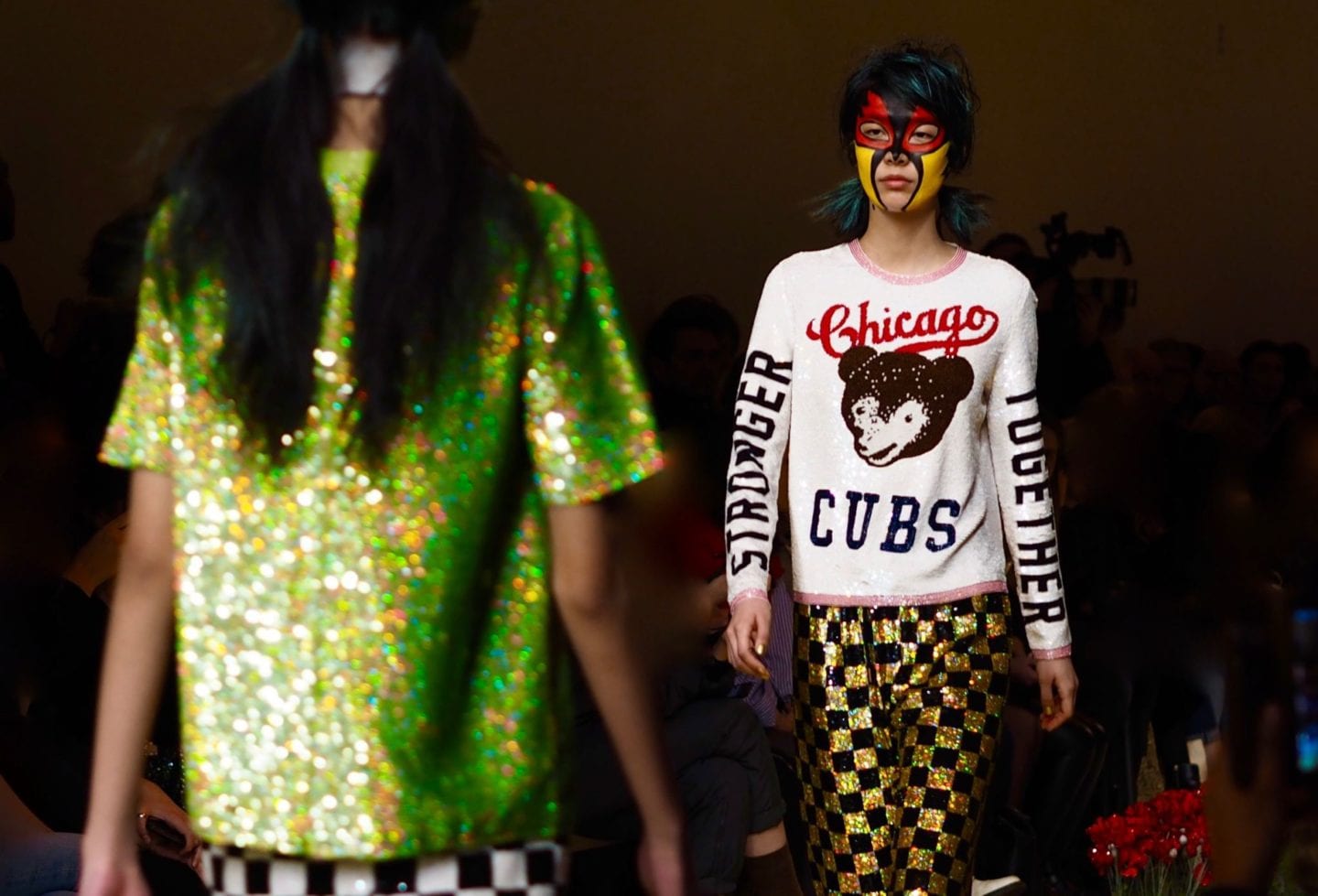 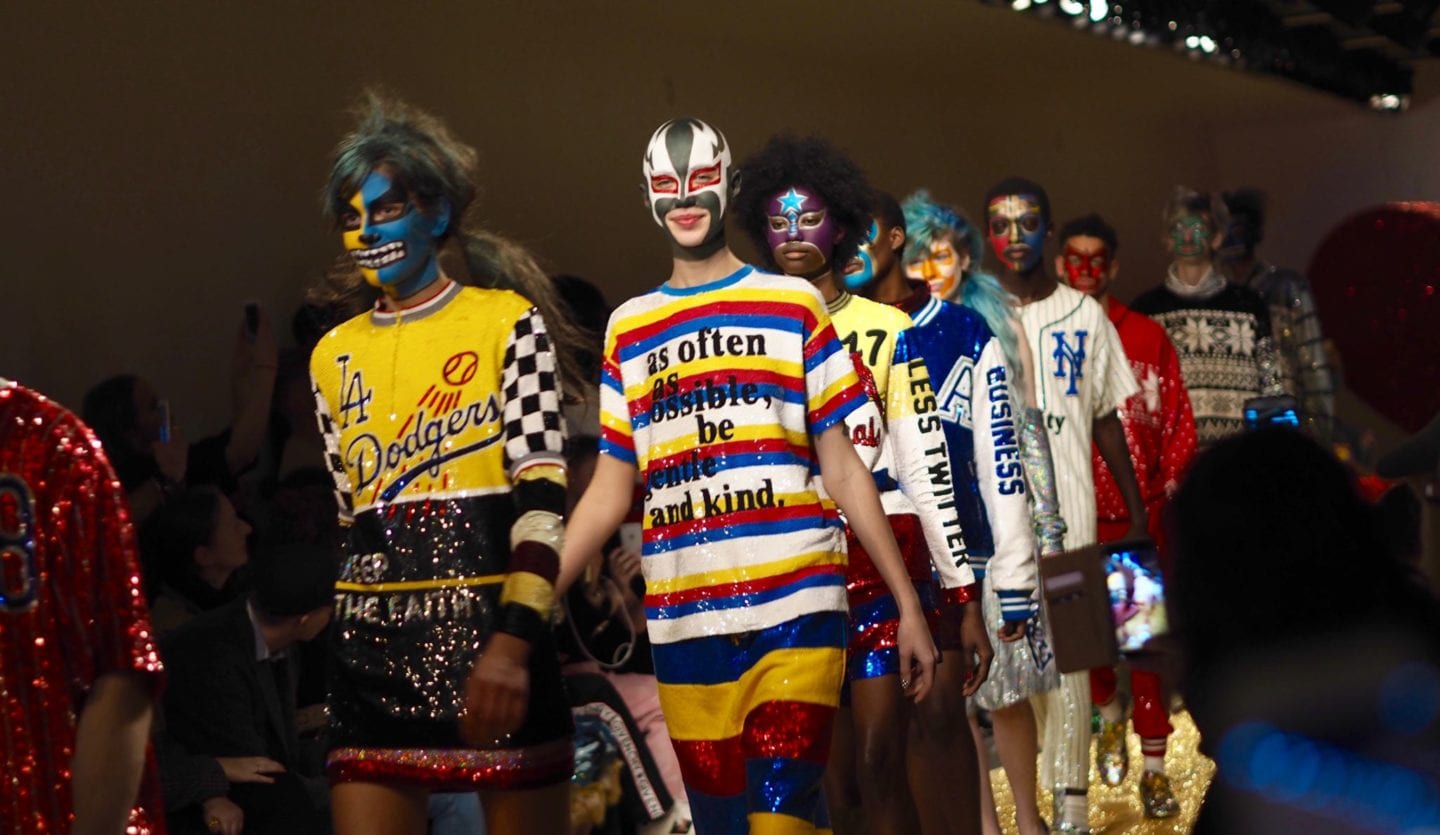 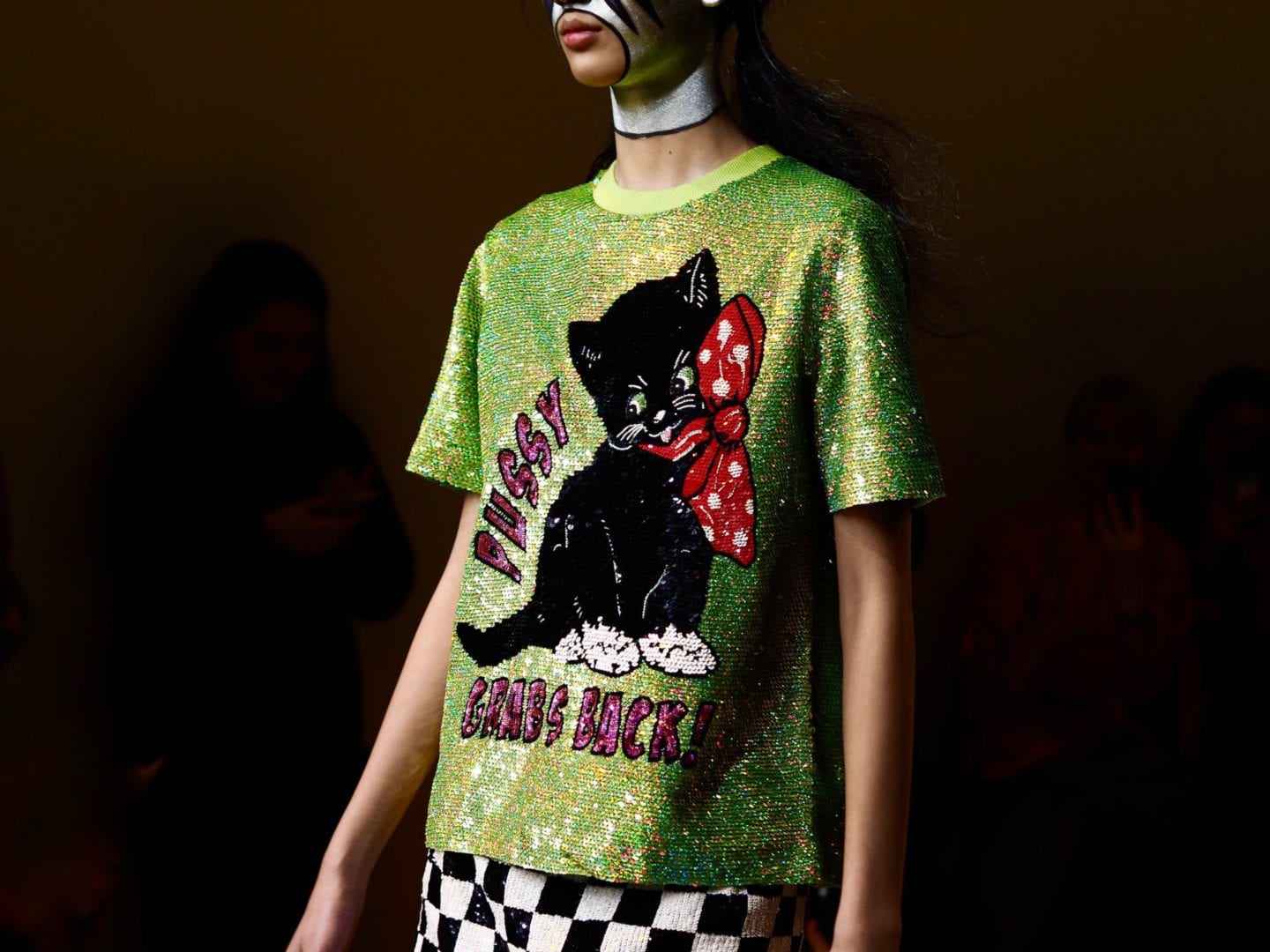 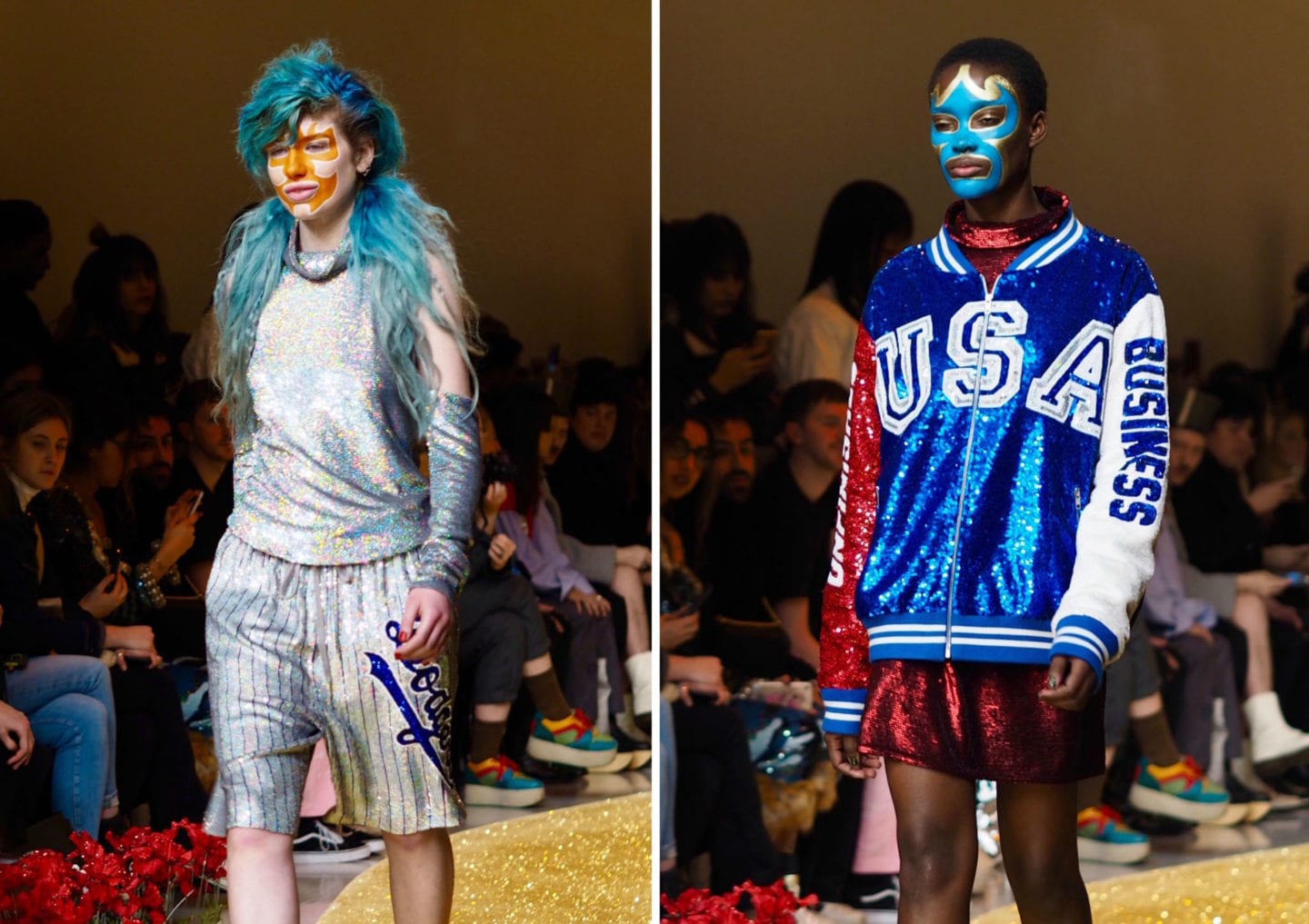 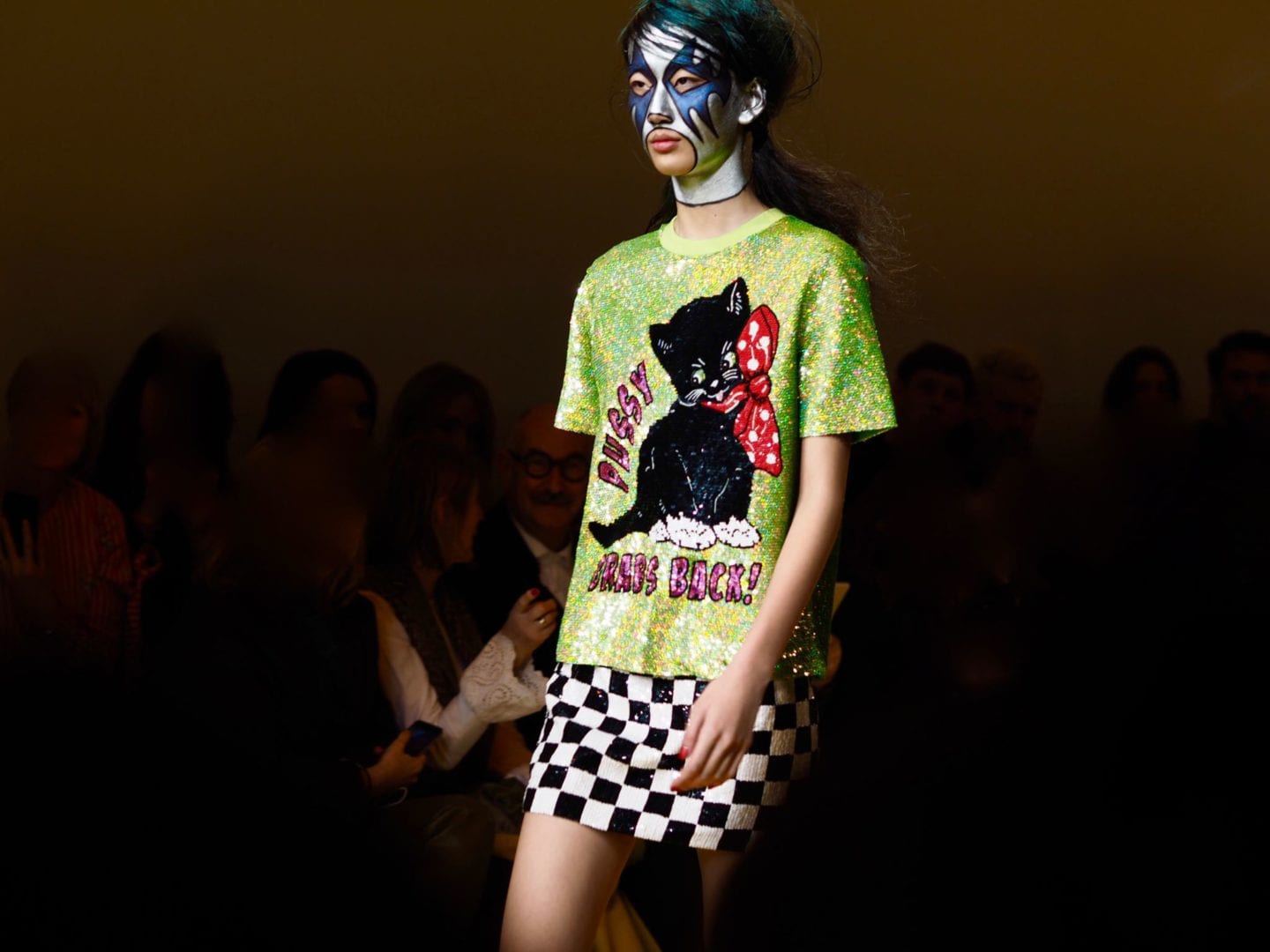 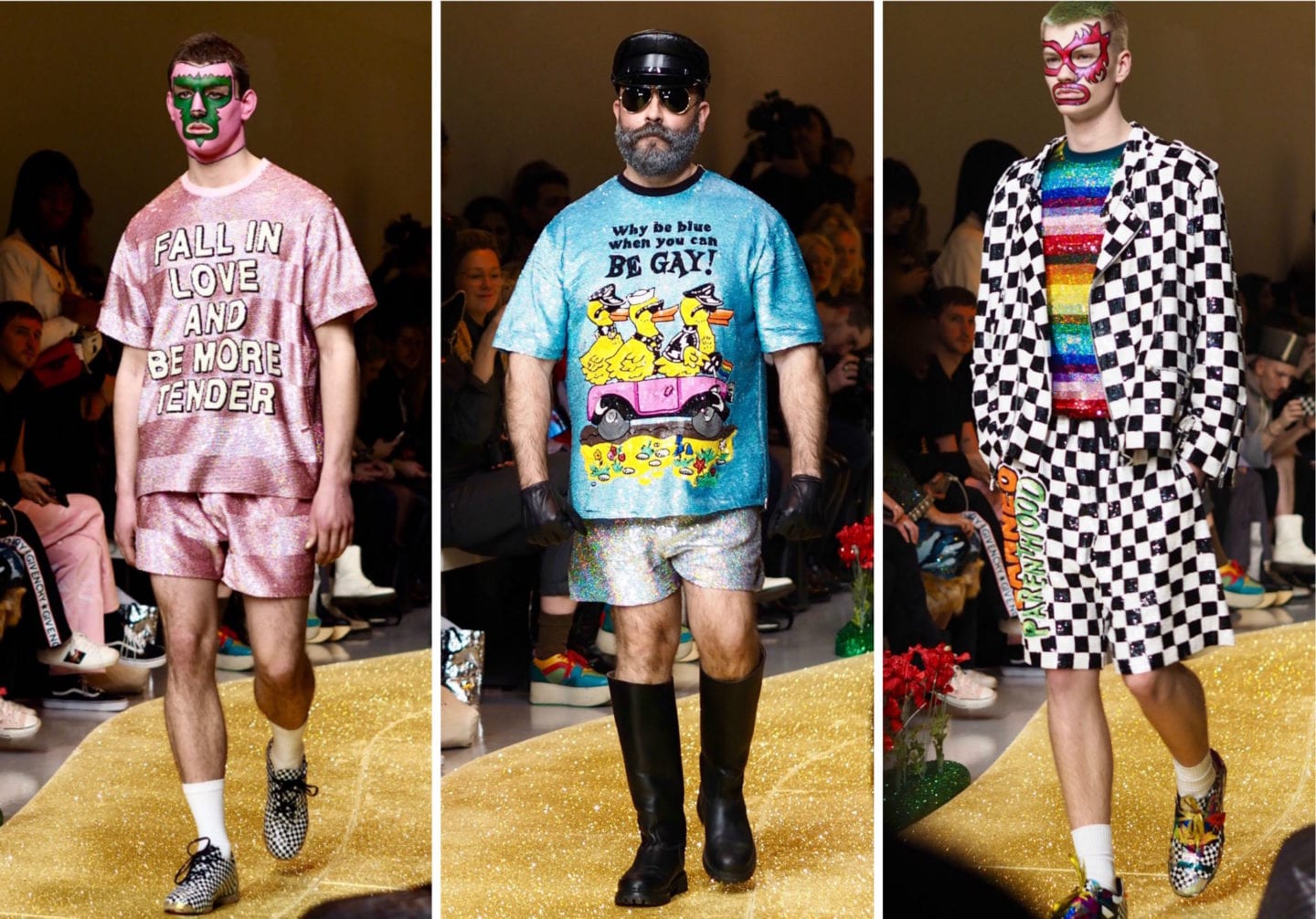 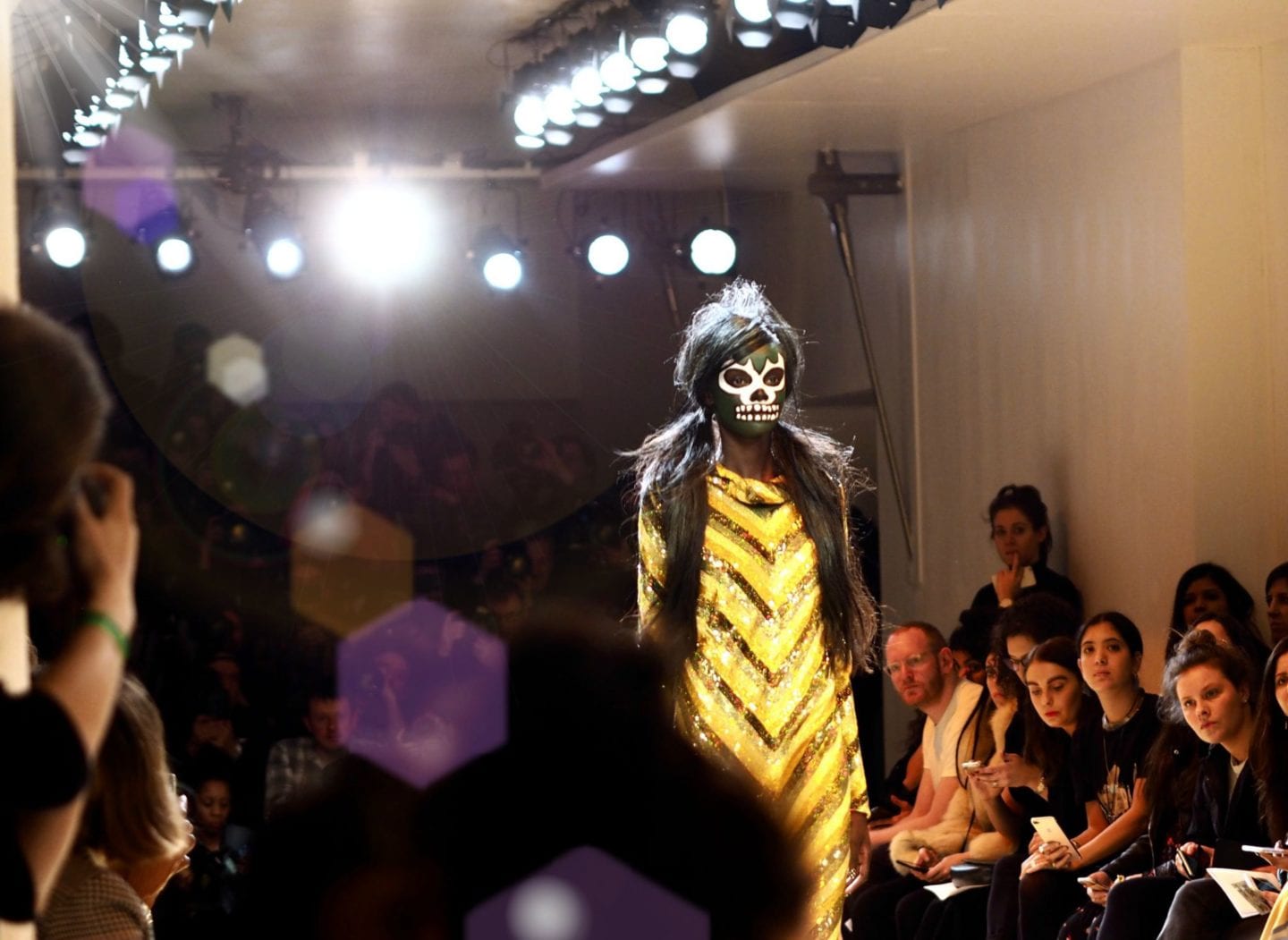 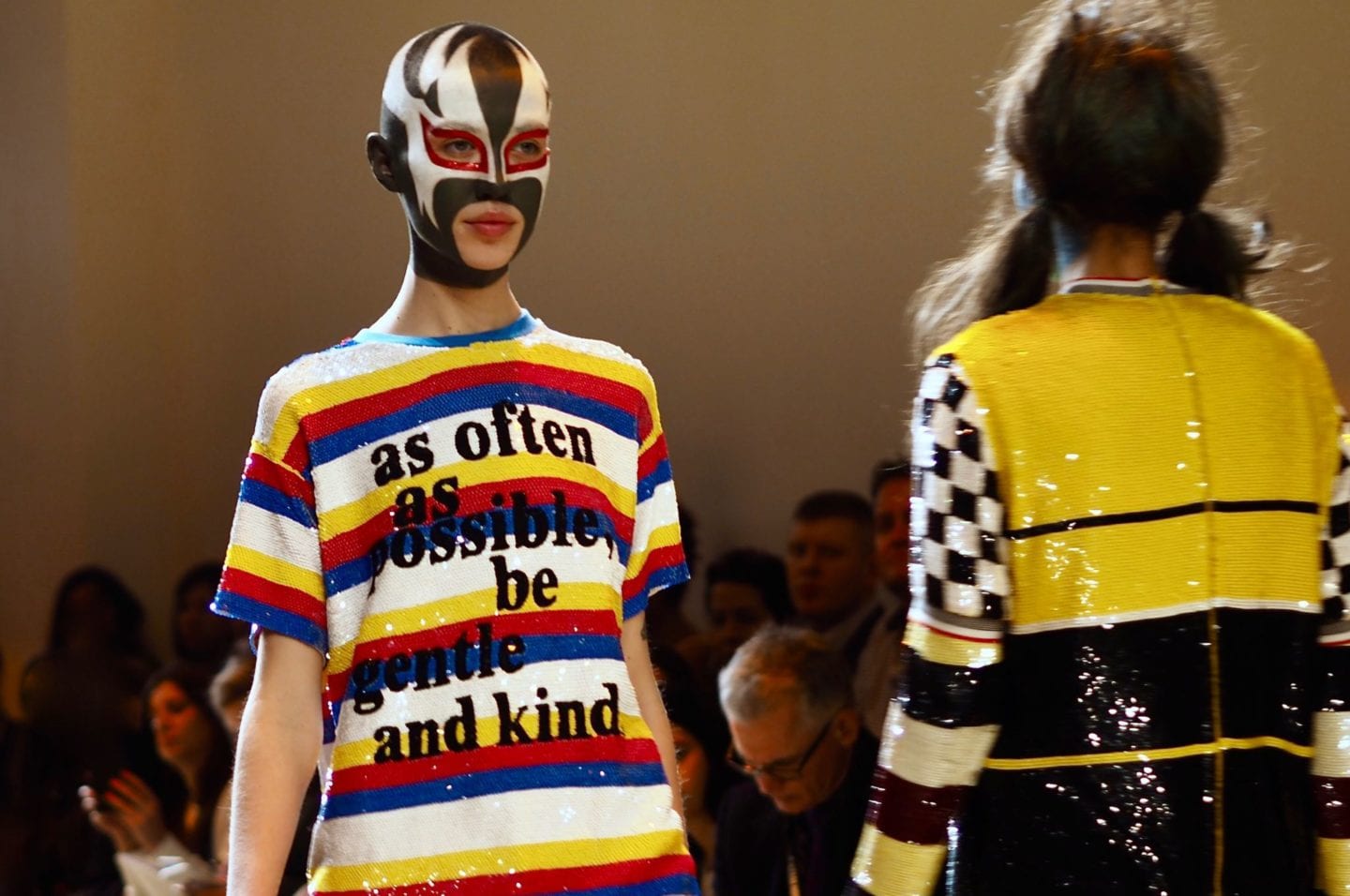 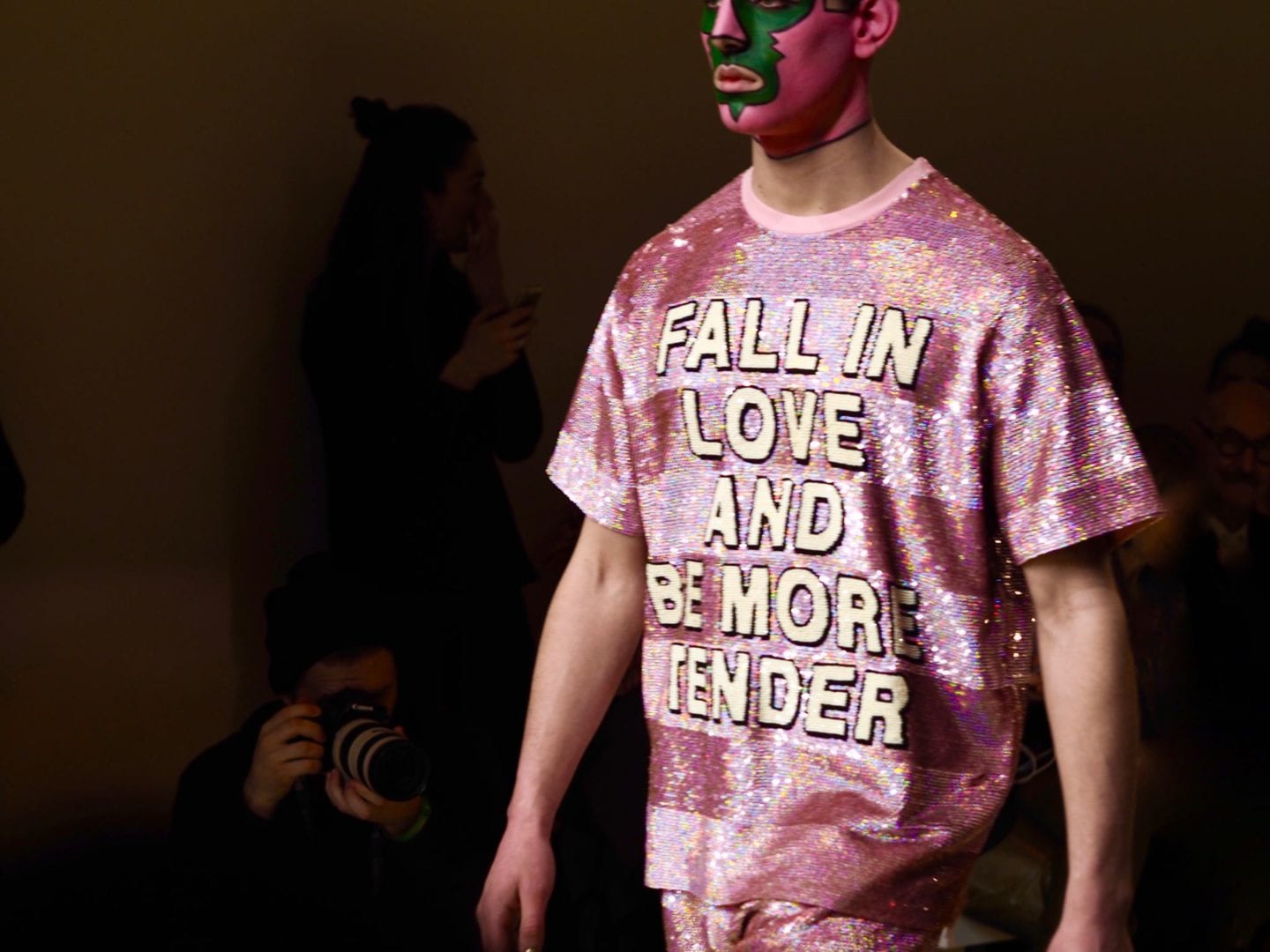 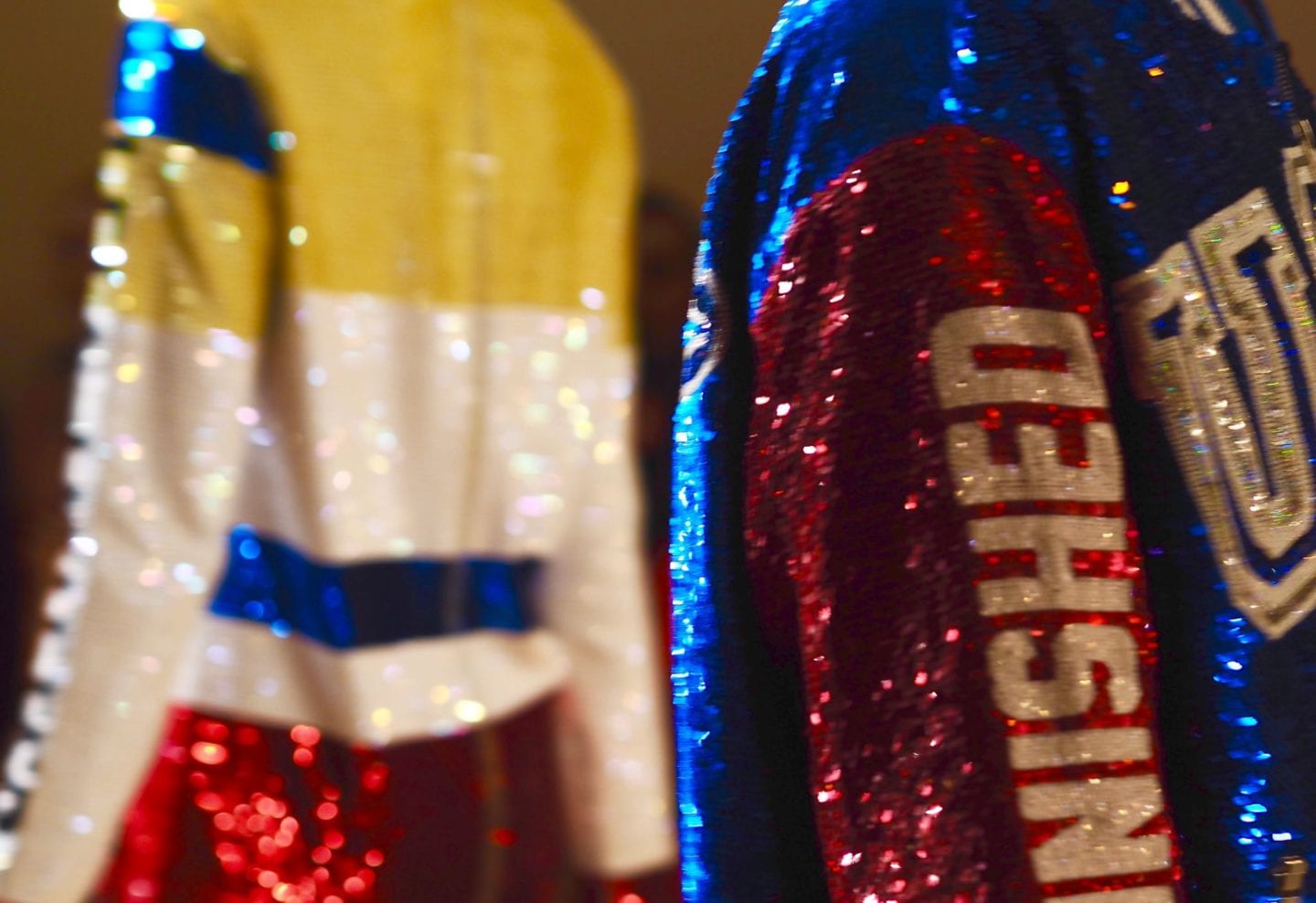 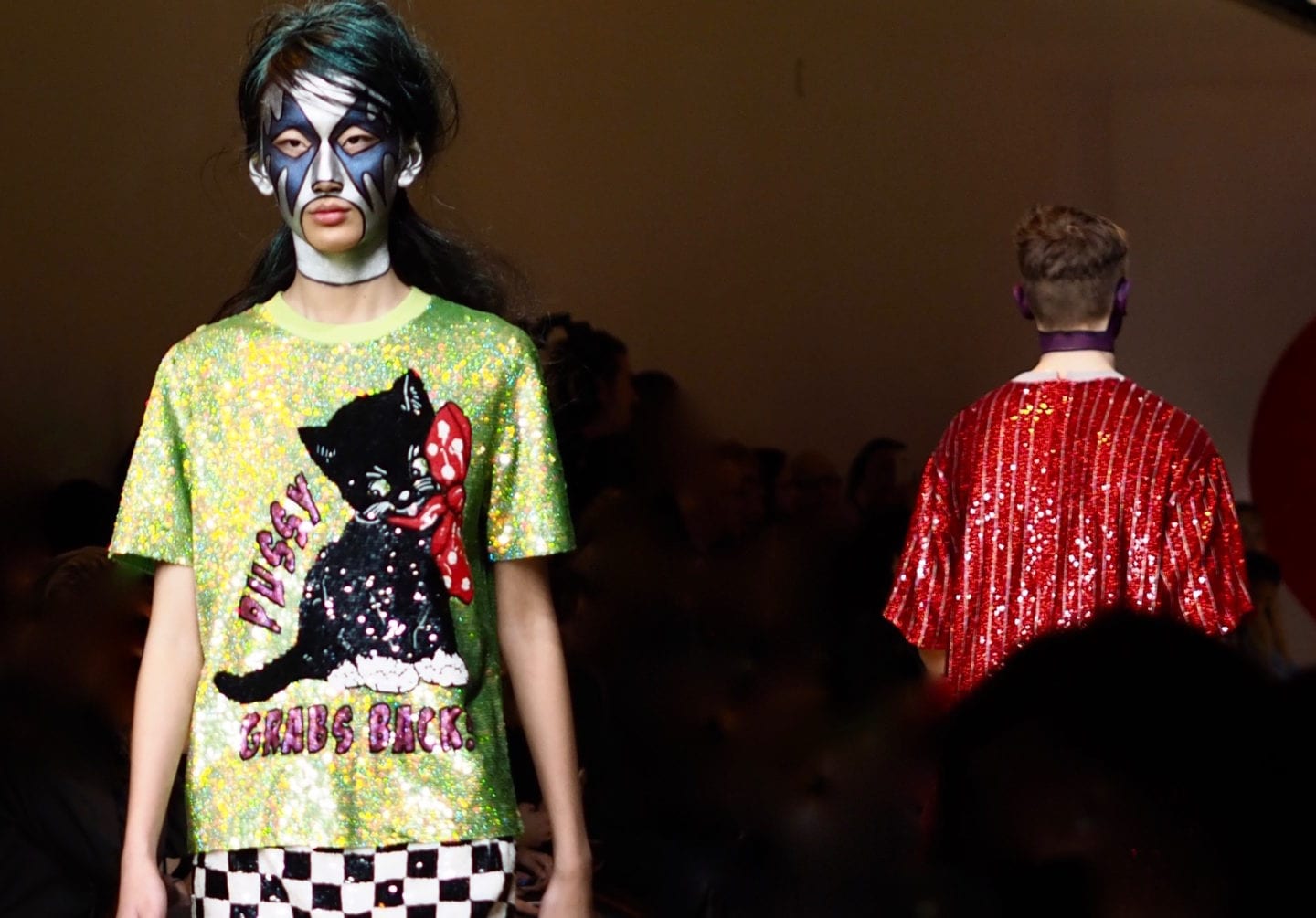 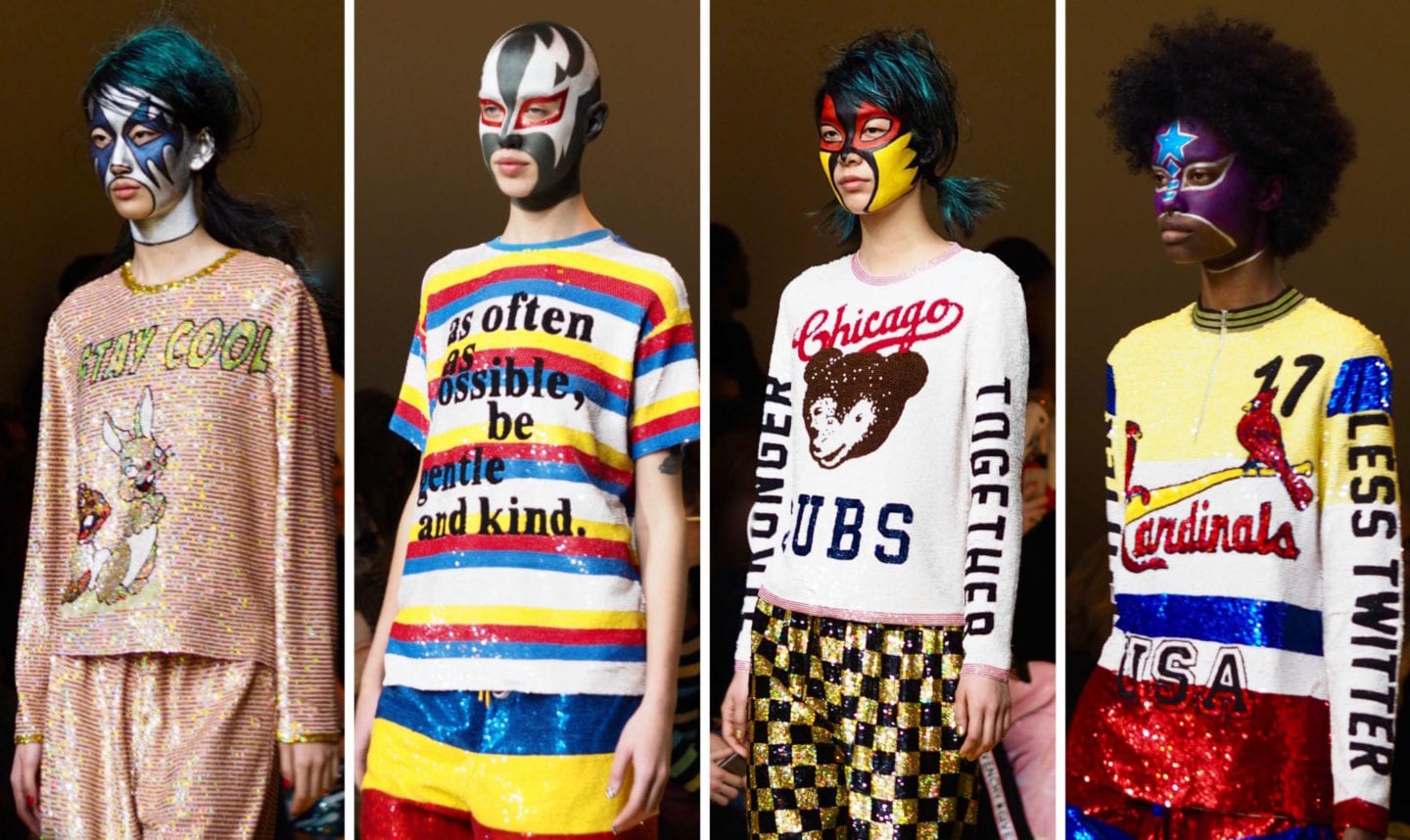 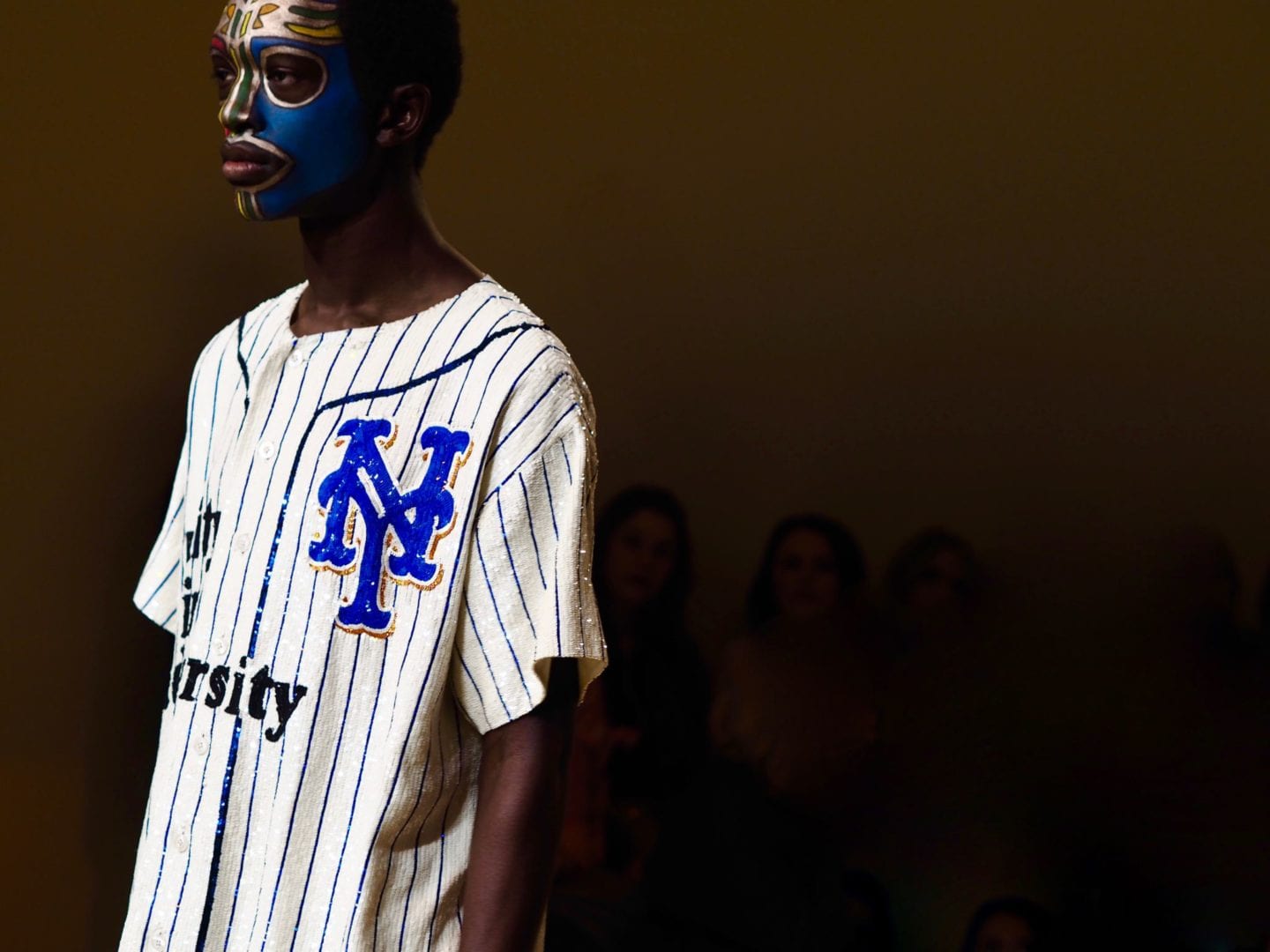 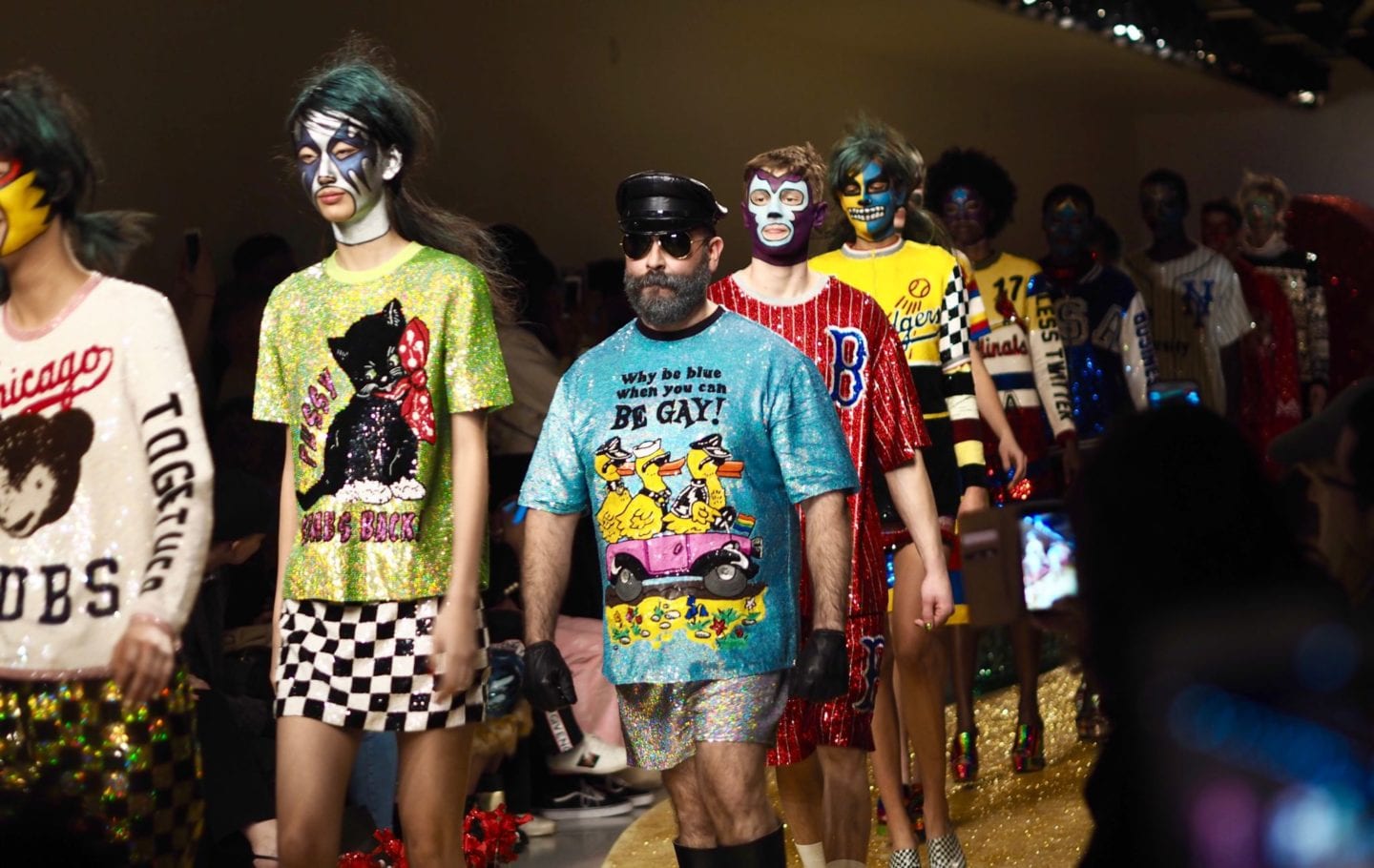 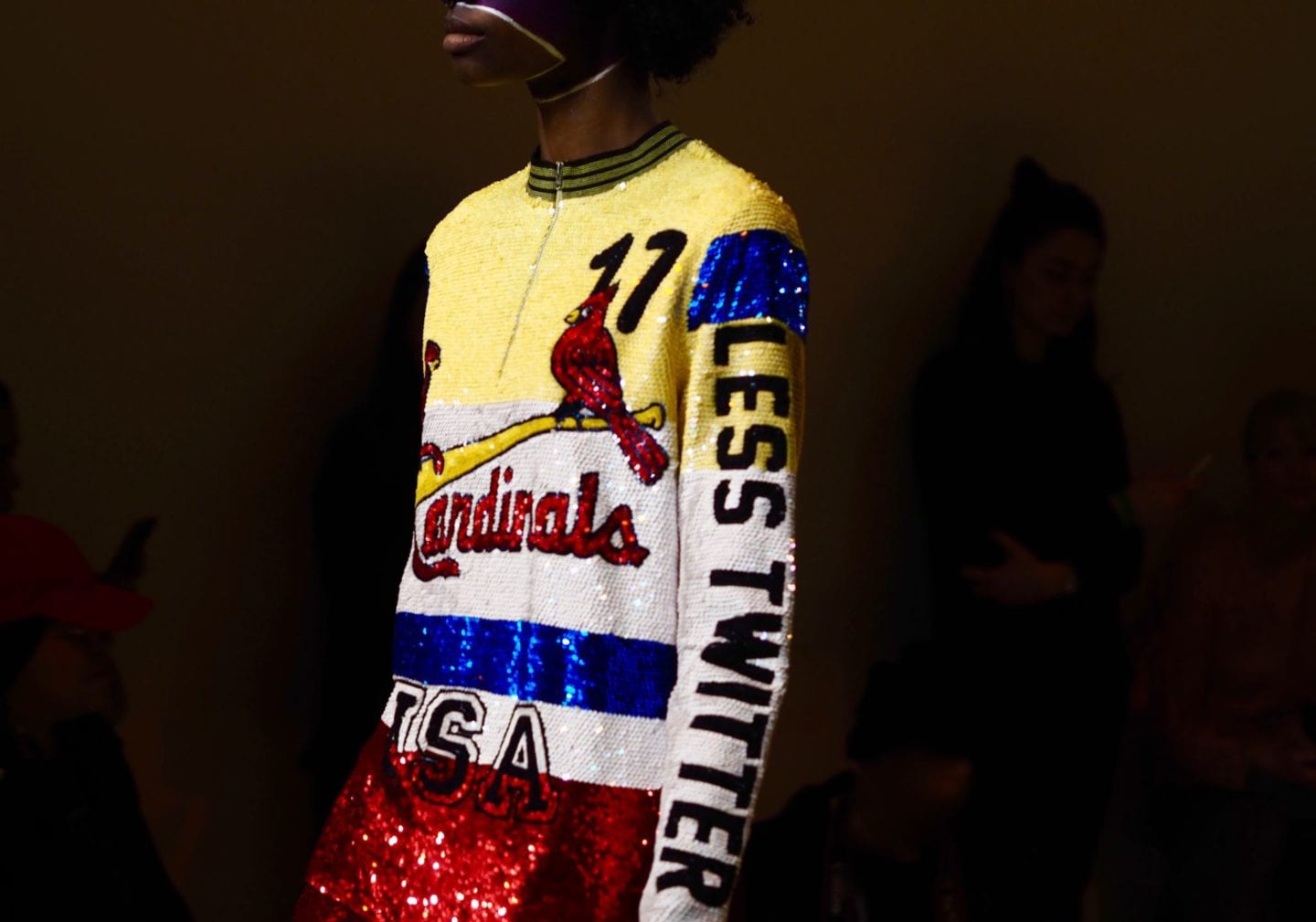 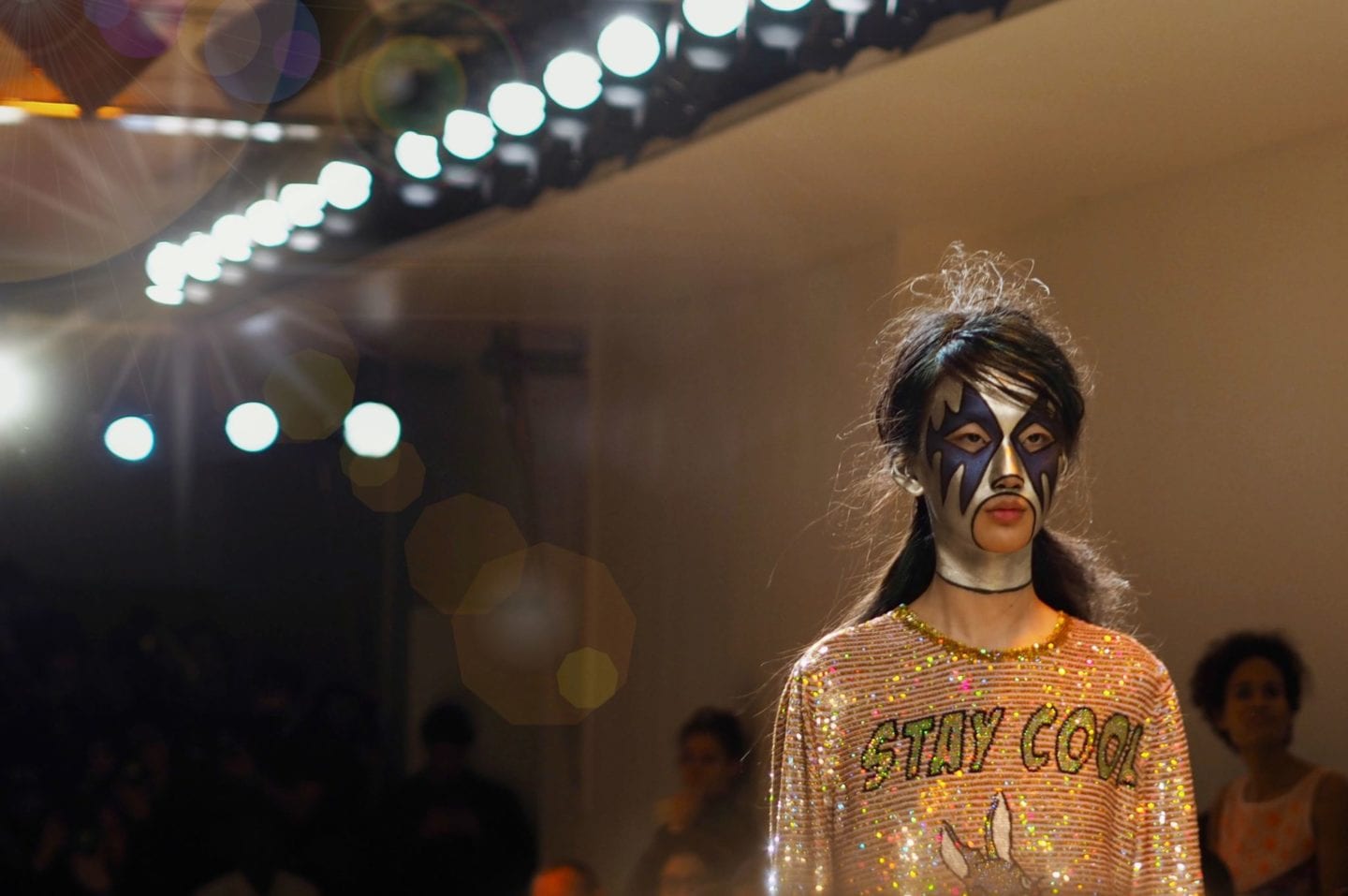