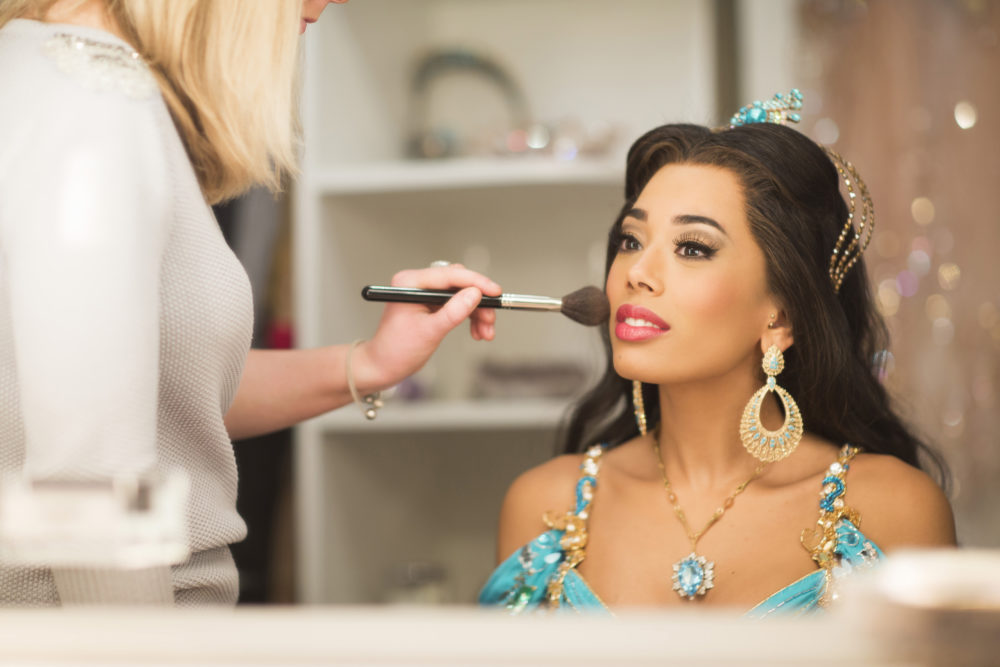 Yesterday I had pretty much the best day ever! Together with Hayley of LBQ blog we traded a grey, rainy day in London for a day of magic and splendour! I hopped off the train at Kings Cross and headed straight down to the Superdrug #FeelSuper Salon where I got myself a fresh manicure, then I went to meet Hayley for a spot of brunch at Muriel’s Kitchen. We drank some coffee, had a catch up and then walked the 10 paces to the Prince Edward Theatre to catch the matinee show of Aladdin The Musical.

Why Aladdin? Because it’s the hottest show in town right now! So hot, it was actually Hayley’s second visit to the show, she loved it so much the first time, she was desperate to go again. We took our seats and the show promptly started. From start to finish, everything was perfect, the music, the performance, the sets and costumes. This is one of those ‘no expense spared’ productions and it was incredible! I’ve see a fair few musicals in my time, mostly in London, some in New York, but this one, has to beat them all. Literally, my face hurt from smiling so much!

The Cave Of Wonders

I’m sure you have all seen the animation of Aladdin, it’s a Disney classic after all! The story of Aladdin and Jasmine, and a fun-loving Genie. In the animation, you might remember some specular scenes in the marketplace, a castle, on a magic carpet and my personal favourite, the cave of wonders. I can’t even begin to describe how these moments come to life on the stage, add in a few tap dancers and a lot of Swarovski crystals and you have a visual feast! If like me, you hadn’t been to the theatre in a while, then it’s time to go back, Aladdin is wonderful and just like Hayley already has, I want to go see it for a second time! 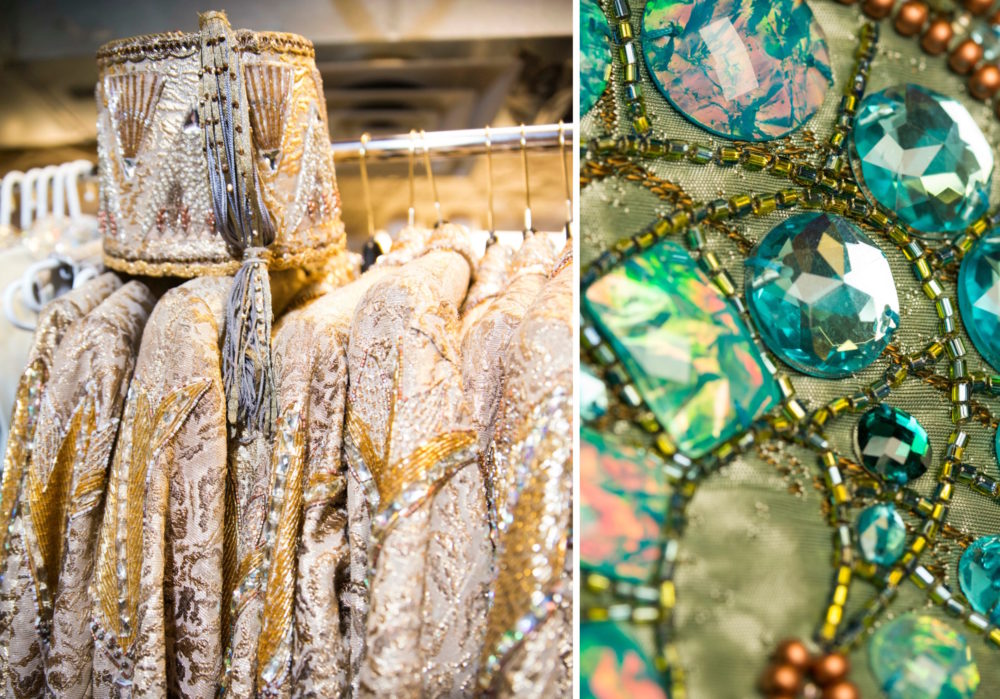 After the show, we headed backstage to be given a tour, we saw the beautiful sets up close, played with some of the props (oh yes, I wielded the swords and they were heavy! Respect to the cast who can sing and dance with these bad boys!). We also saw all the backdrops which magically appear from the ceiling, floor and wings and we even saw all the spaces where the genie rose from below the stage. It was incredible to see it all… and that’s when we saw the costumes and make-up! We saw all the amazing costumes, felt the fabrics, saw the incredible attention to detail and the make-up stations. The cast is pretty big, 35 members, but some of the cast can change up to 9 times, so the number of costumes needed is vast. Even in terms of the hats, we saw shelves and shelves of them, each one painstakingly handmade and adorned with crystals, sequins, feathers and beads. It was incredible! We were secretly hoping to bump into the Genie backstage, but we weren’t that lucky. When you go see the show yourself, you will understand why, he’s incredible!

Post-Aladdin, we headed to Cutter & Squidge, one of our favourite cake shops for a slice of pretzel & peanut butter cake and then we roamed around Soho for a while and decided we were having too much fun to go home, so went to Five Guys for a burger and milkshake for dinner. It’s been a while since I have taken a week day off from blogging just to do something really fun. I don’t even care that my emails are piled up today, I had so much fun, it just don’t matter to me! It’s so easy to live in London (or close by) and forget to experience things like the theatre, but if you have a chance to go, Aladdin The Musical is truly magical!

This post was written in collaboration with Disney, all opinions are my own. All images owned by Disney, they gave me kind permission to use them as there is a no-photo policy during the show and backstage. 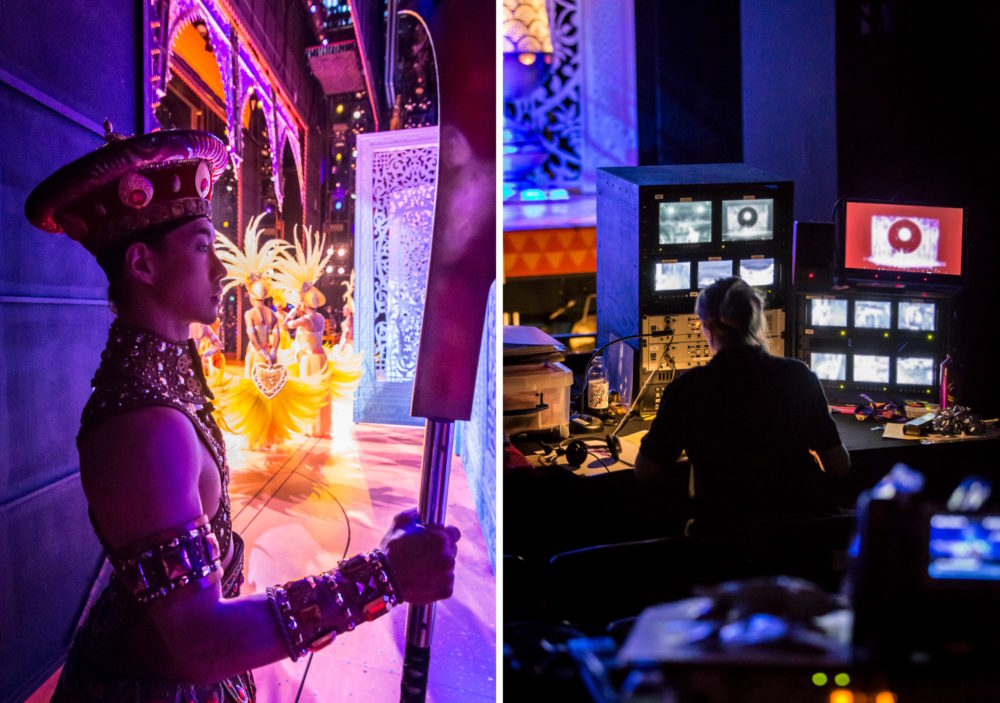 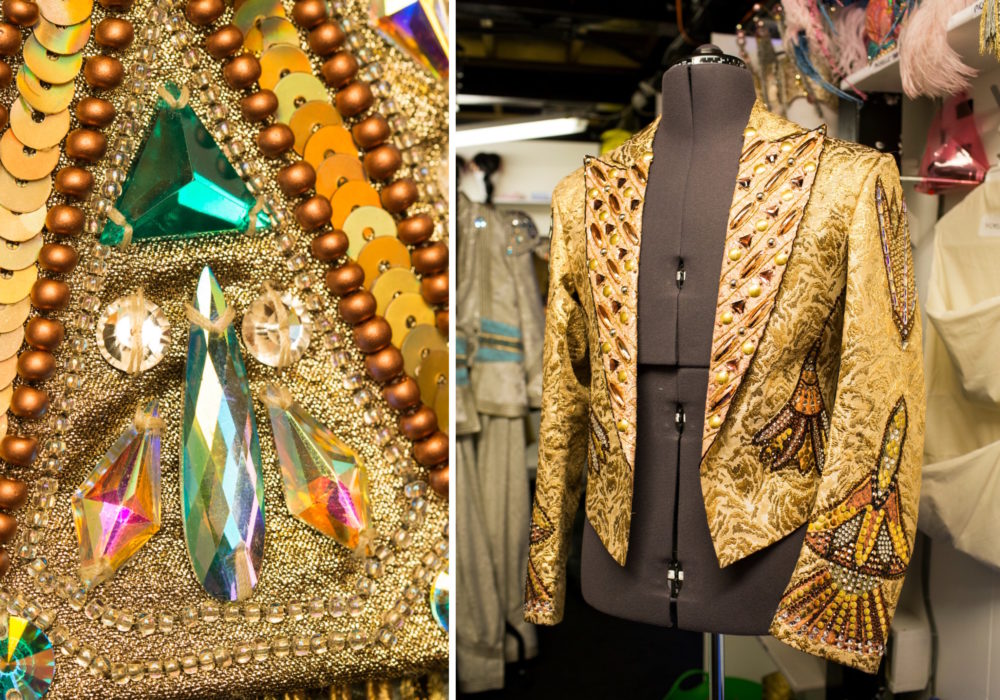 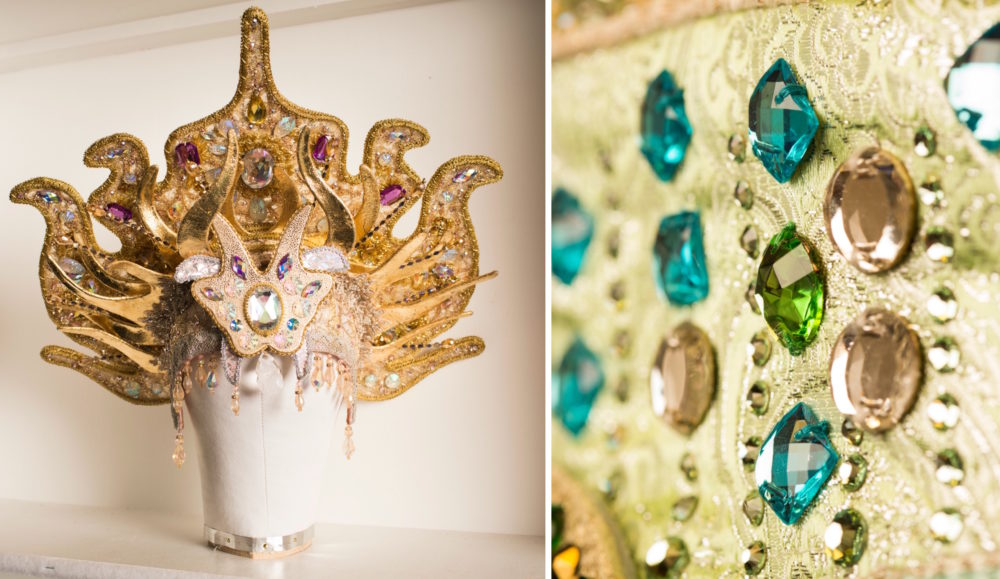