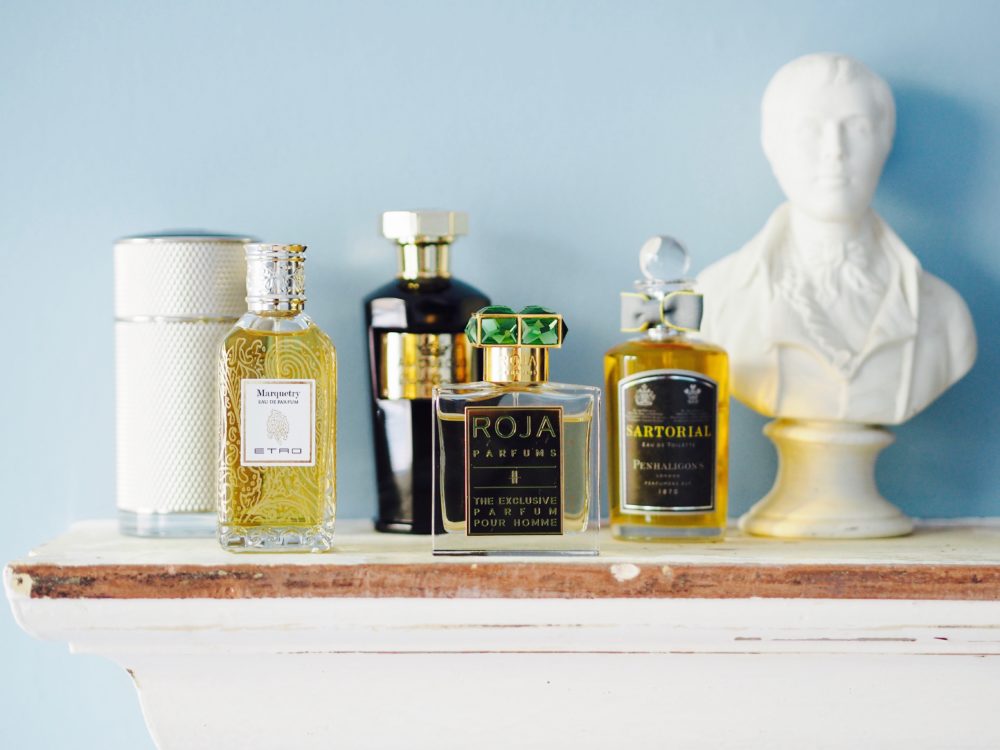 Last week, I was having a casual conversation with my boyfriend and I asked him to list his five favourite colognes. He gave me such a good list that I thought to myself ‘Dang! My boyfriend has good taste! I’m gonna make this into a blog post!’. So here we have it, Five great colognes! 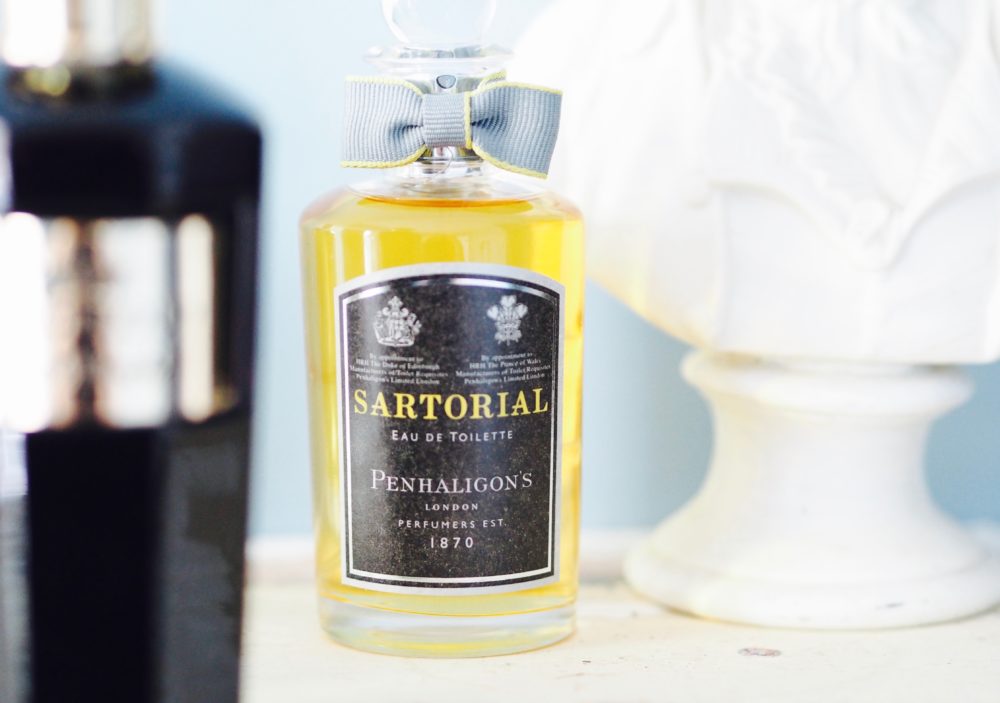 Penhaligon’s Sartorial is one of my boyfriends all-time favourite fragrances, he has rattled through bottles and bottles of this cologne and he is showing no sign of stopping! Inspired by the tailors of Savile Row, this fragrance contains notes of woods, leathers, spices, oakmoss, tonka bean and lavender. It is complex, rich, masculine and has a real traditional-modern feel to it. It’s very ‘English Gent’ and really unique. 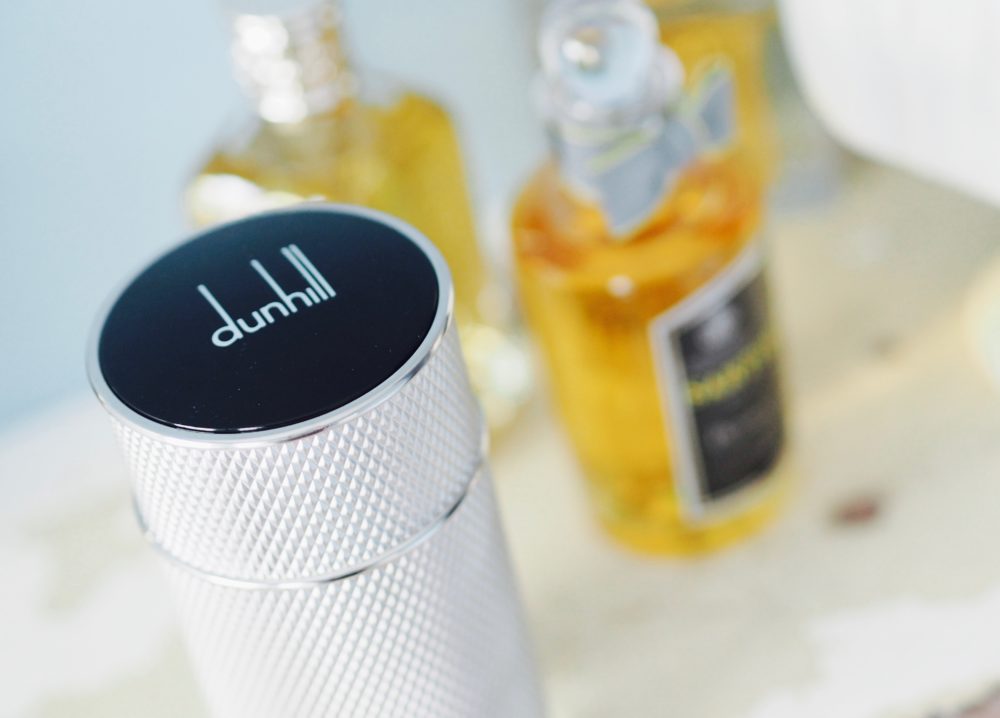 When my boyfriend first sprayed this cologne, he was really unenthused by it. I think he said something like ‘Yeah, it’s alright. I’ll wear it’ and then proceeded to ask me what I wanted for dinner or something equally mundane. A few weeks later he told me how much he loved wearing it and how he had never had such an incredible response to a fragrance. Over the course of just a week or two he had been approached by friends, colleagues and strangers asking him what he was wearing and he had been asked to write down the details on a number of occasions too. Within weeks of dunhill Icon being launched it had sold out everywhere, because men and women alike, love this fragrance. I don’t know what it is that makes it so addictive, but it’s a real winner! 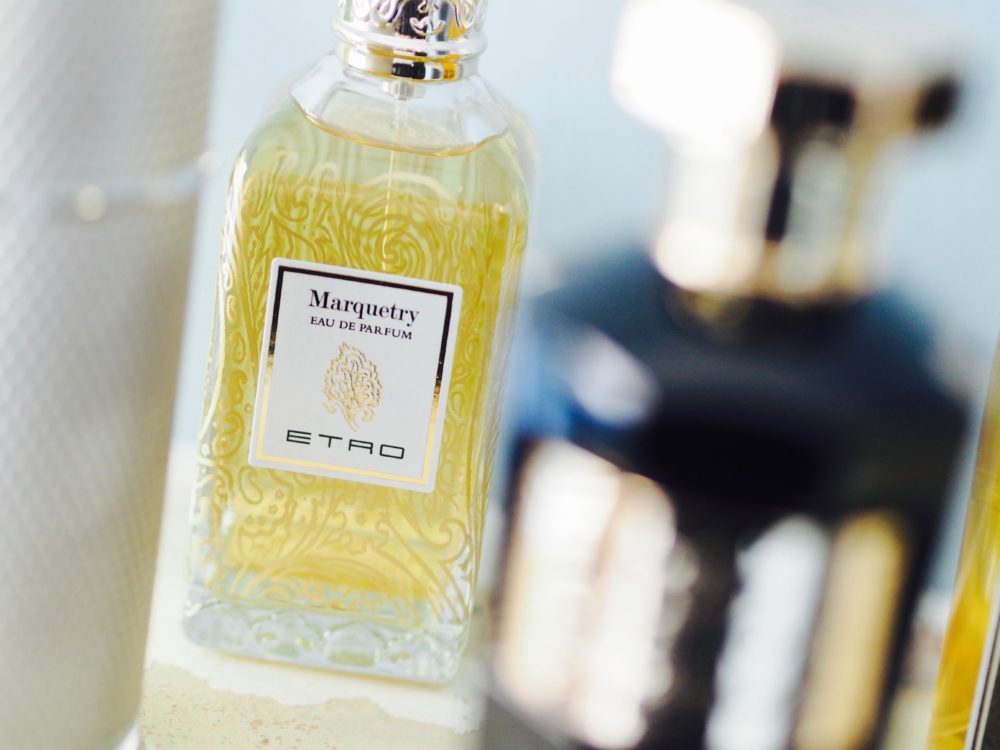 I first discovered this fragrance by accident in Liberty, I was searching for a different Etro fragrance and I picked up the wrong bottle (I think I was chatting with a friend and not paying enough attention!). Whatever the reason, I ended up spraying Etro Marquetry on my wrist and I spent the whole afternoon complimenting myself on how damn good I smell! This complex unisex fragrance is filled with top notes of Bergamot, lavender, peach, heart notes of Rose, tobacco, almond, tonka bean and a rich base of Amber, musk, vanilla. It’s sweet, smoky, spicy, warm, floral and oh-so-exotic. It’s rich and heady but it’s got a lightness and a subtly to it as well. Whilst it is unisex and I first discovered it by spraying it on my skin, it’s my boyfriend who it suits the best and he loves it, especially in the Winter. 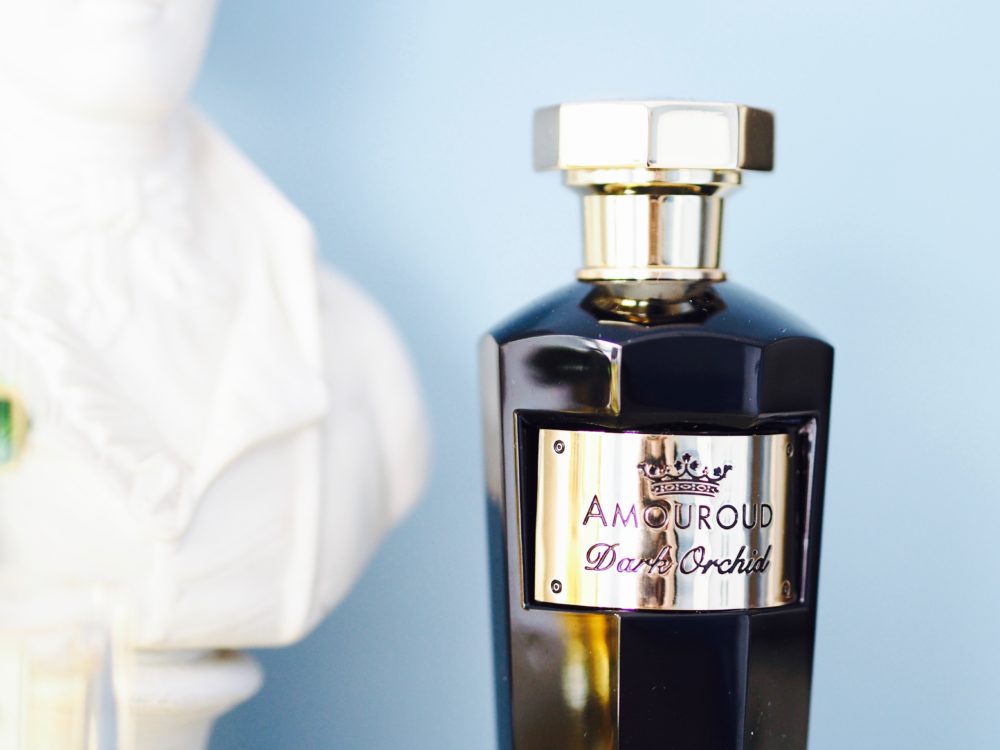 This is a fragrance my boyfriend and I fight over, I love wearing it, but I also love to smell it on him, so it’s a win-win situation really! It’s rich, complex and heavy, but it’s a little more floral and sweet with it’s darkness, but it’s totally intoxicating. Filled with notes of mandarin, jasmin, ylang ylang, orchid, sandalwood, amber, vanilla, gardenia and incense, it’s exotic and addictive. Not for the faint hearted, but you know I am bold in my fragrance tastes and I rarely recommend soft and subtle fragrances! Amouroud Dark Orchid is a heavy hitter and it’s absolutely fabulous, if you have not heard of them before, head into Harrods where you can find their collection, Safran Rare is also stunning! 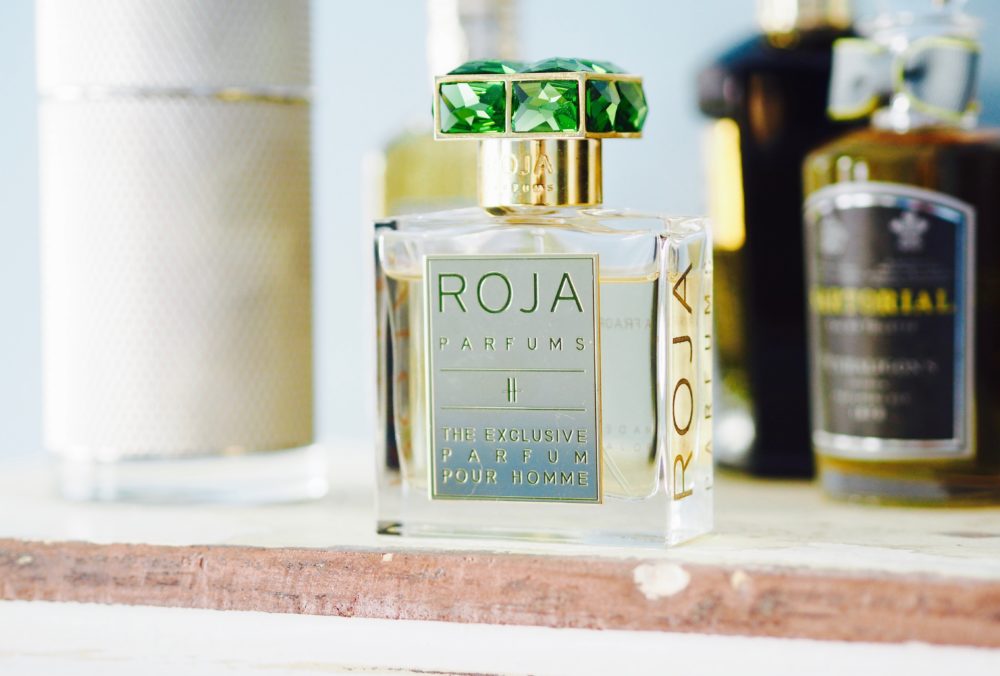 Regular readers will know I adore this fragrance as I only blogged about it a week or two ago, but it’s honestly so beautiful, I would feel weird leaving it out of this post, even though I only featured it recently. Roja H is exclusive to Harrods and it’s just divine. It literally knocks my socks off because it’s so beautiful! It comes with a price tag which reflects it’s beauty, but if you love bergamot, vetiver and oud, and you are looking for something insanely special, this is well worth investigating. My boyfriend saves this one for weekends and special occasions!

Do you know any great fragrances for men? If so, comment below and let me know which ones!