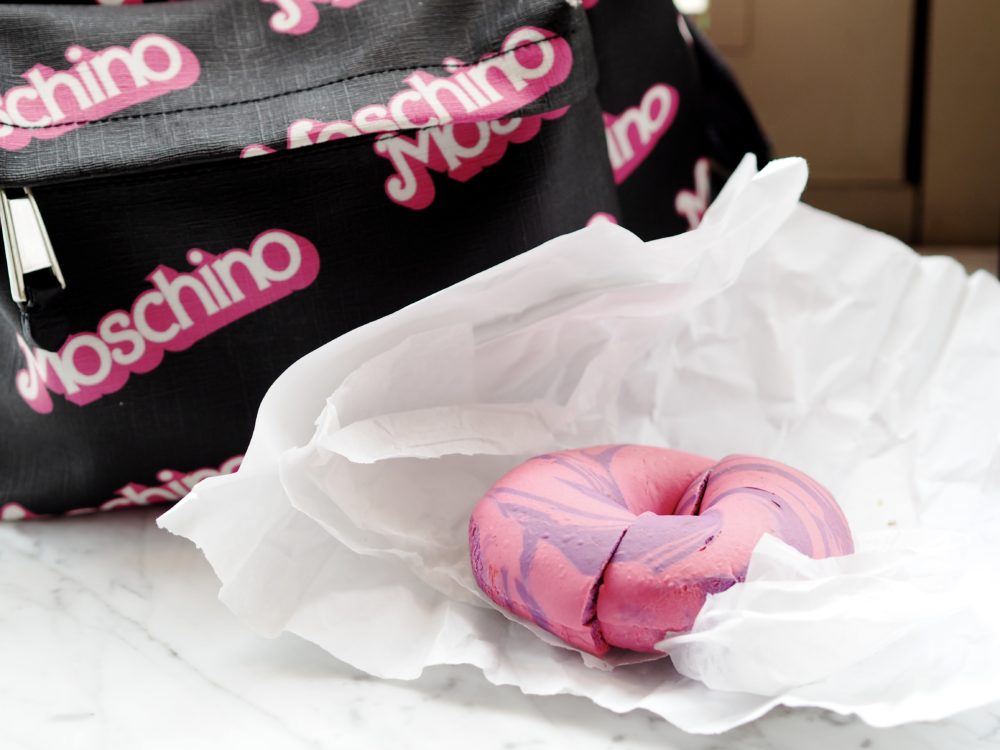 Does marketing products via Instagram work!? Hell yeah it does!! I saw Rainbow Bagels on my Instagram feed a few months ago and I knew I had to visit The Bagel Store in Williamsburg that created them. I couldn’t help myself, it was like in Josie & The Pussycats where she suddenly *needed* orange trainers because ‘orange is the new pink’ (though, I think we all need orange trainers TBH). Anyway, I saw them, I wanted them, I flew thousands of miles to get them. Actually, that’s not true, I was already going to New York, I just made sure I got the L Train down to Williamsburg, Brooklyn to get me some.

Oh, this is hard to describe, kind of like a regular bagel with a bit of a funny twist or aftertaste or something, maybe it’s all the chemicals and colourings which make them rainbow coloured (I was hoping it was the work of unicorns, but it would appear not!). Like there is something different about them, but you can’t quite describe what it is. In terms of texture, I was served mine warm from the oven and they had almost a marshmallow quality to them. Texture-wise, it wasn’t unpleasant. Taste-wise, it was a bit weird. Saying that, I was pretty hungry and I did manage to eat the rainbow one. The pink one may not have been finished.

How Much Do Rainbow Bagels Cost?

Bagels are everywhere in New York and a simple toasted bagel with butter on can cost anything from about 50c, to about $2. A rainbow bagel with butter on, that costs a little more. Instead of a couple of dollars, I found myself handing over $11 for two of these bad boys. I didn’t mind, I’m sure they take longer to make and you are paying for the concept and the experience, but if you are expecting them to cost the same as a regular bagel, think again. But let’s be honest, $11 isn’t going to bankrupt anyone and I was happy to hand over a few extra notes for rainbow food.

Was it worth it?

Next time I’m in the area, I will probably go back (which is impressive as I live so far away) however, next time, I will simply Instagram the rainbow bagels on display and buy a regular old seeded bagel. I love the concept, it was fun to hunt them down and I always love rainbow food. They might not taste great, but they look brilliant and sometimes that’s all I want, that and a little adventure!

Have you tried Rainbow Bagels yet? What did you think of them? 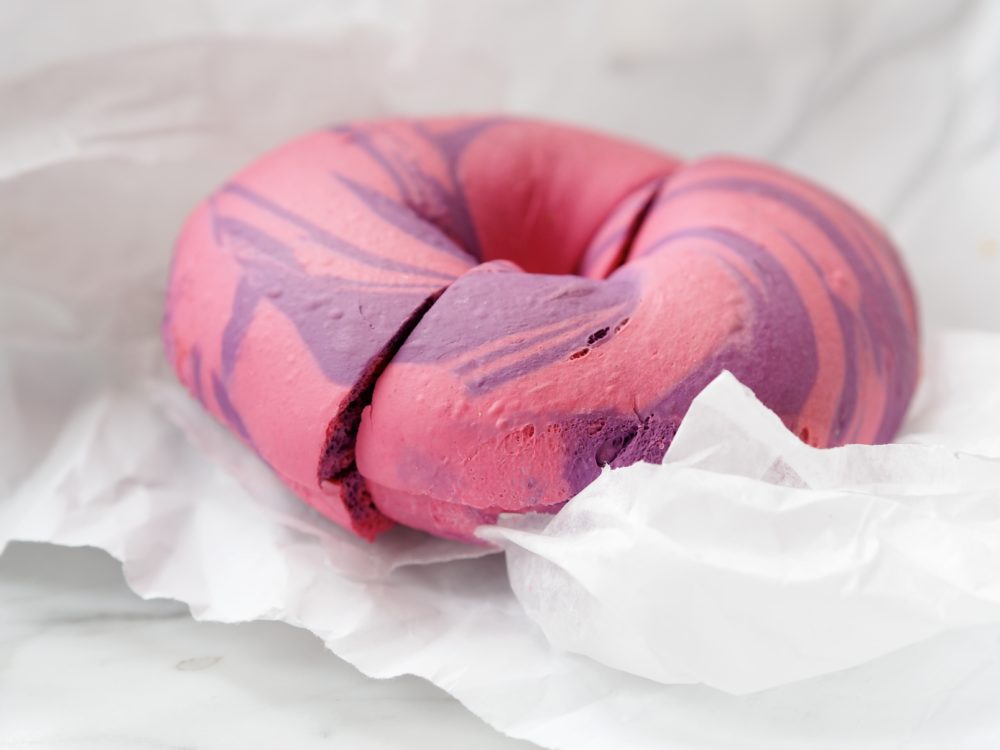 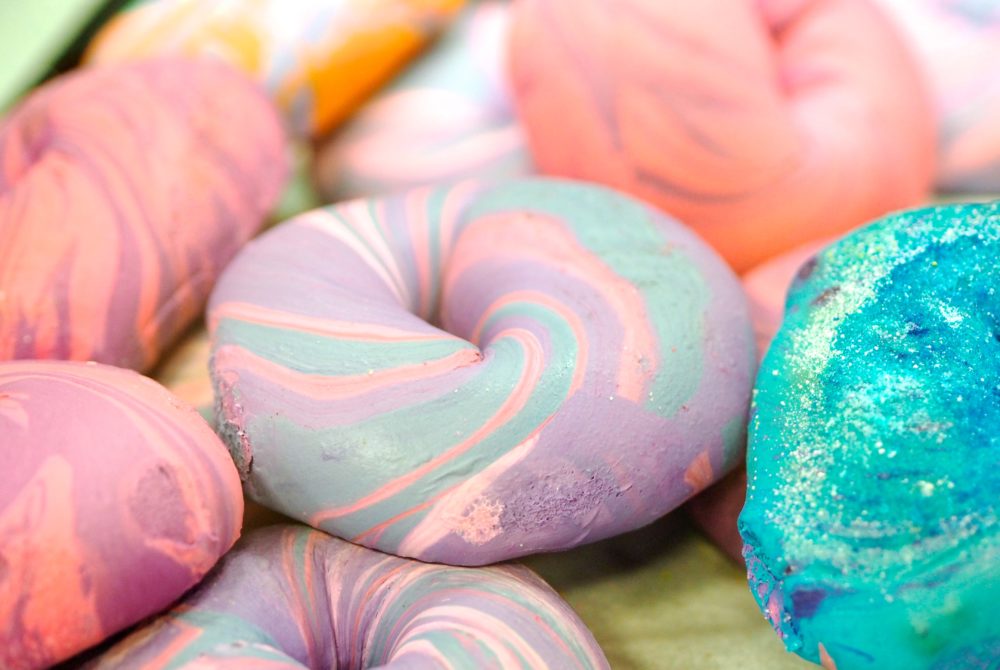 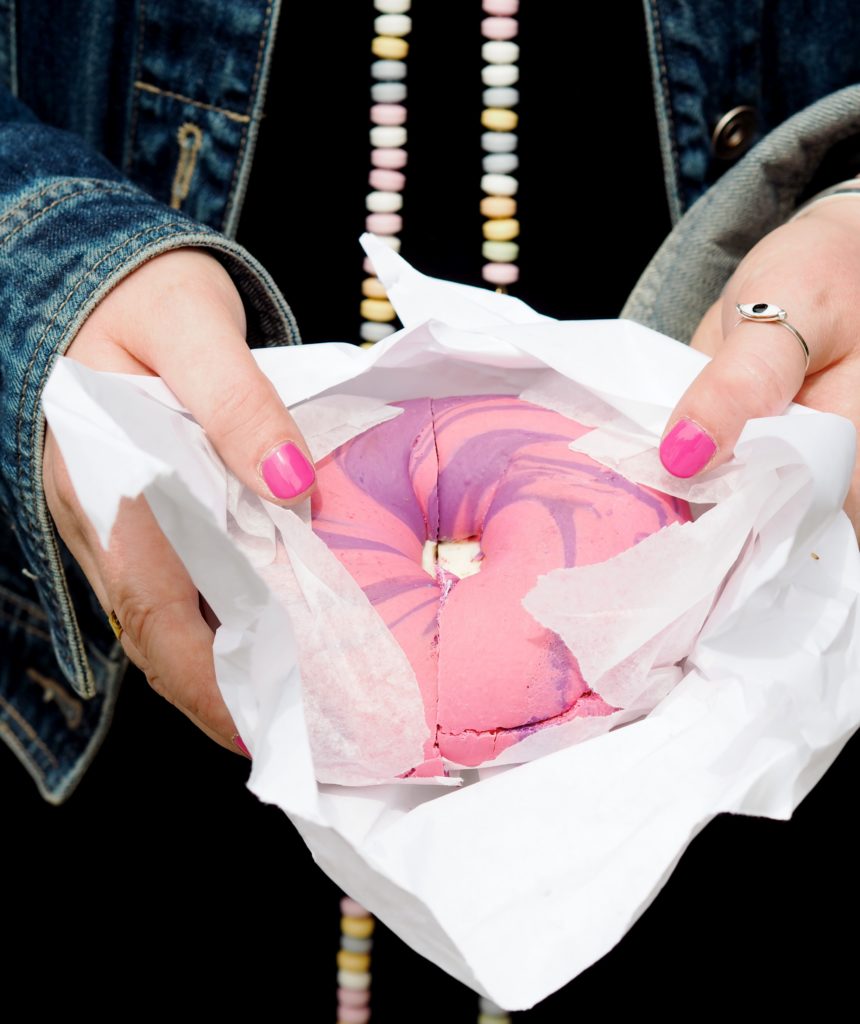 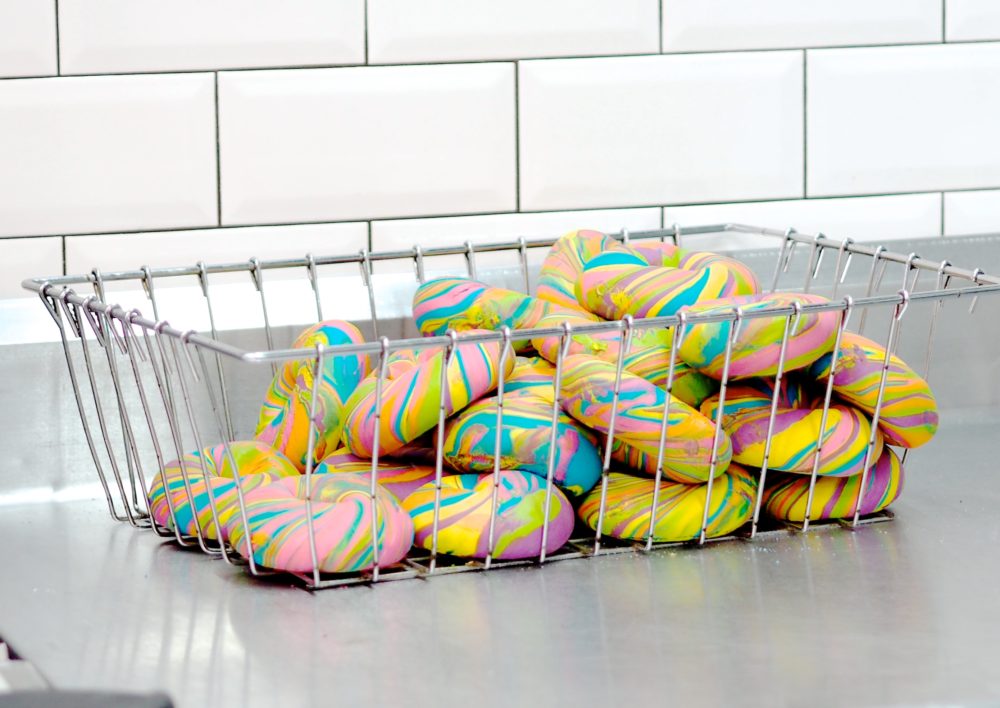 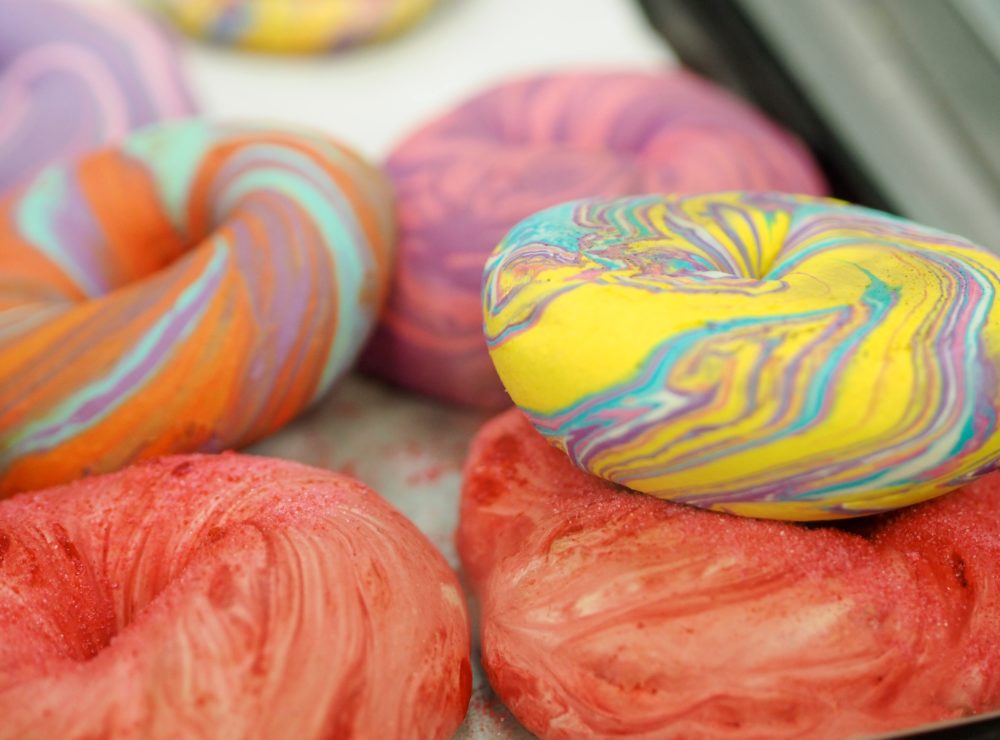 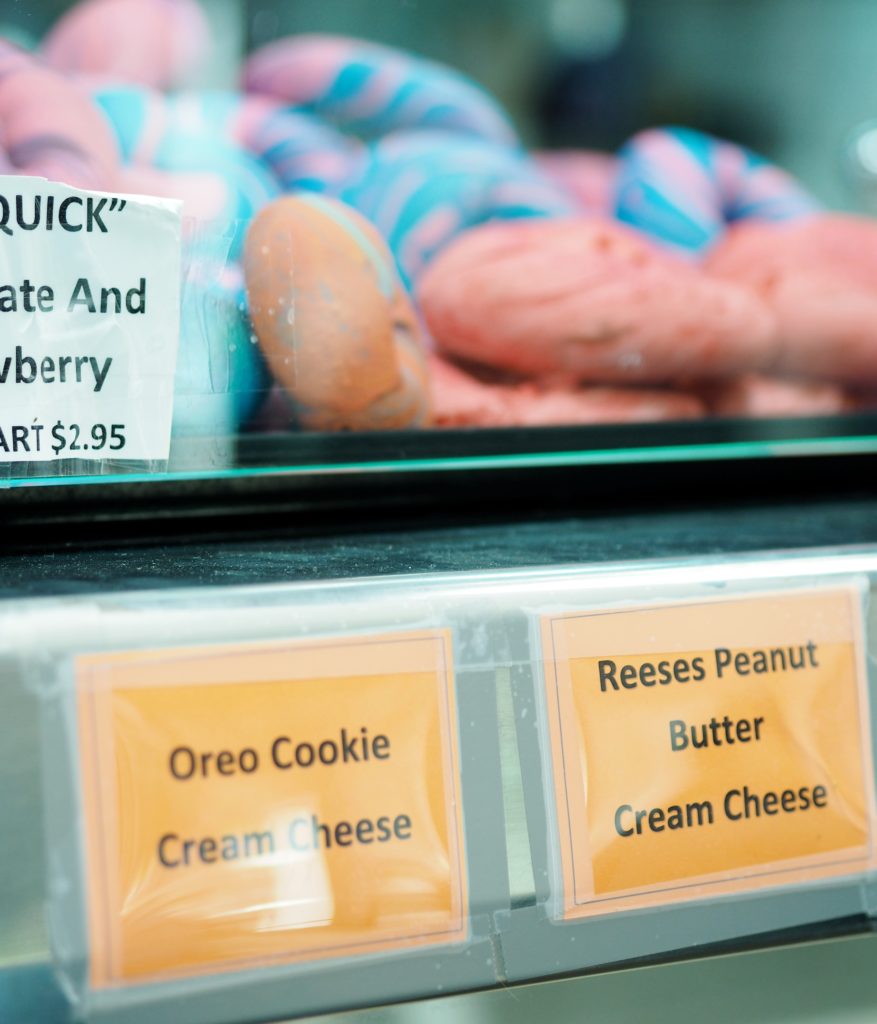 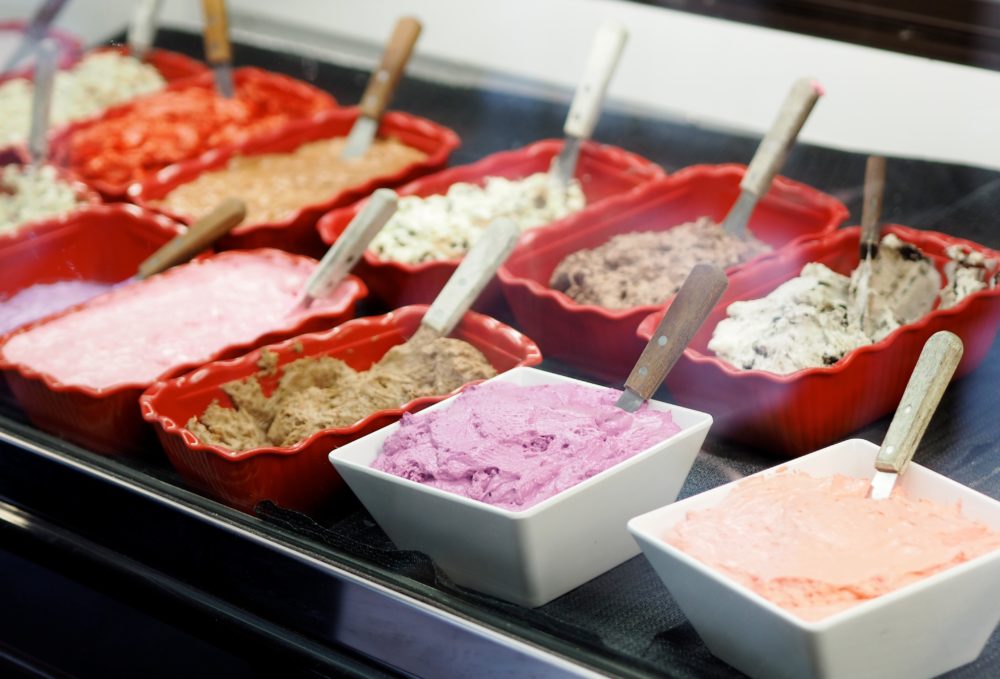 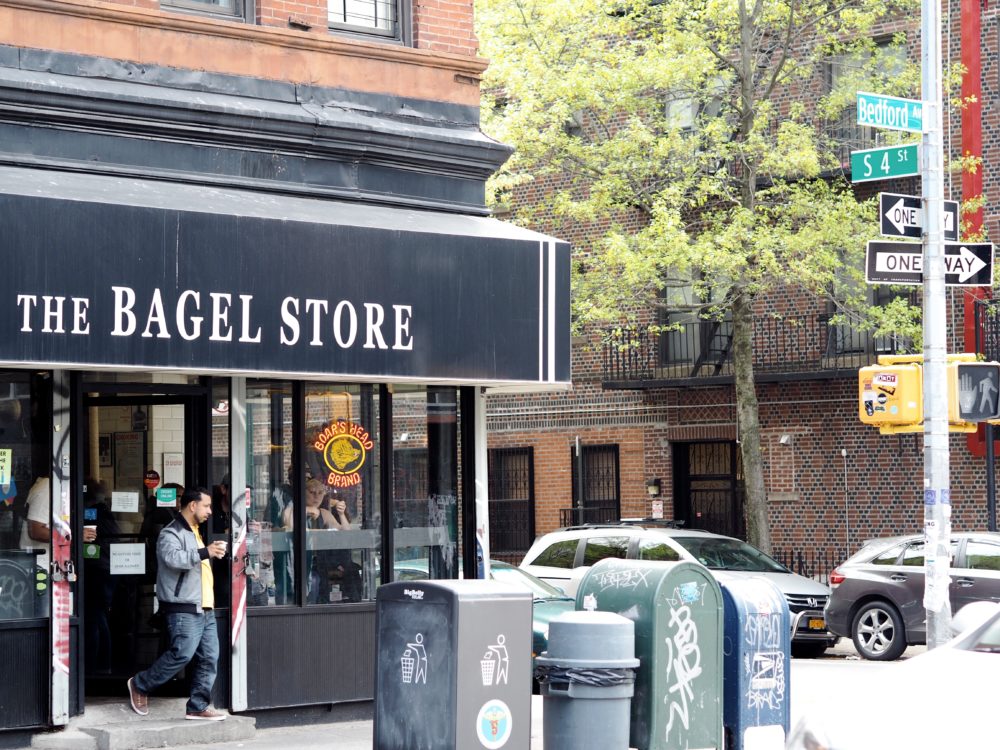 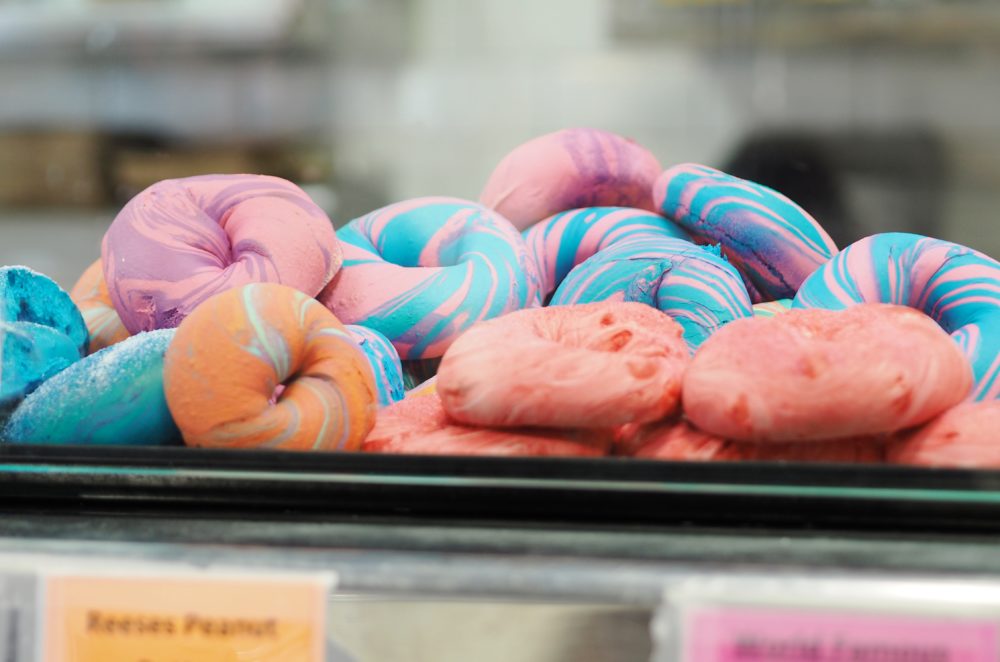 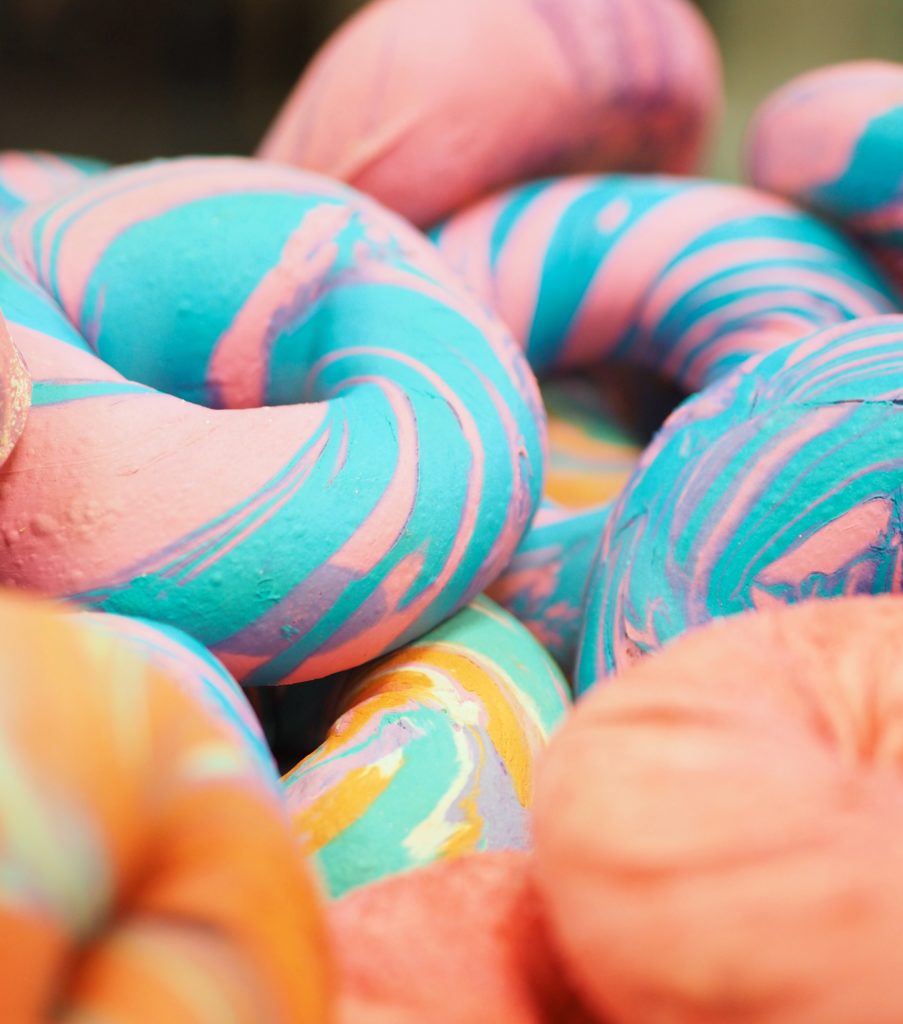 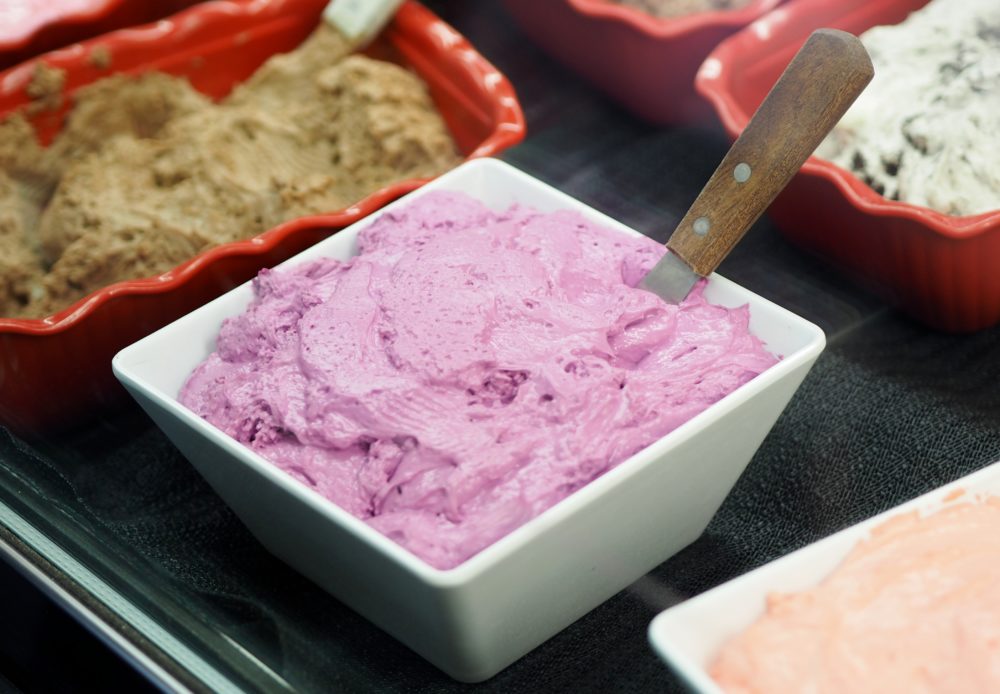 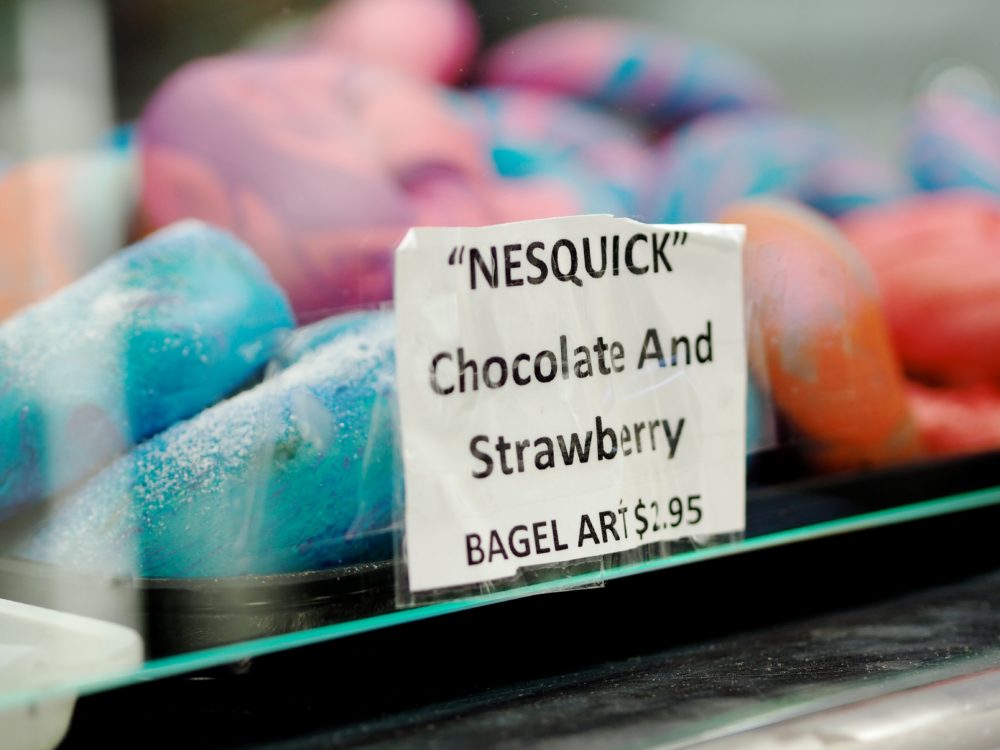 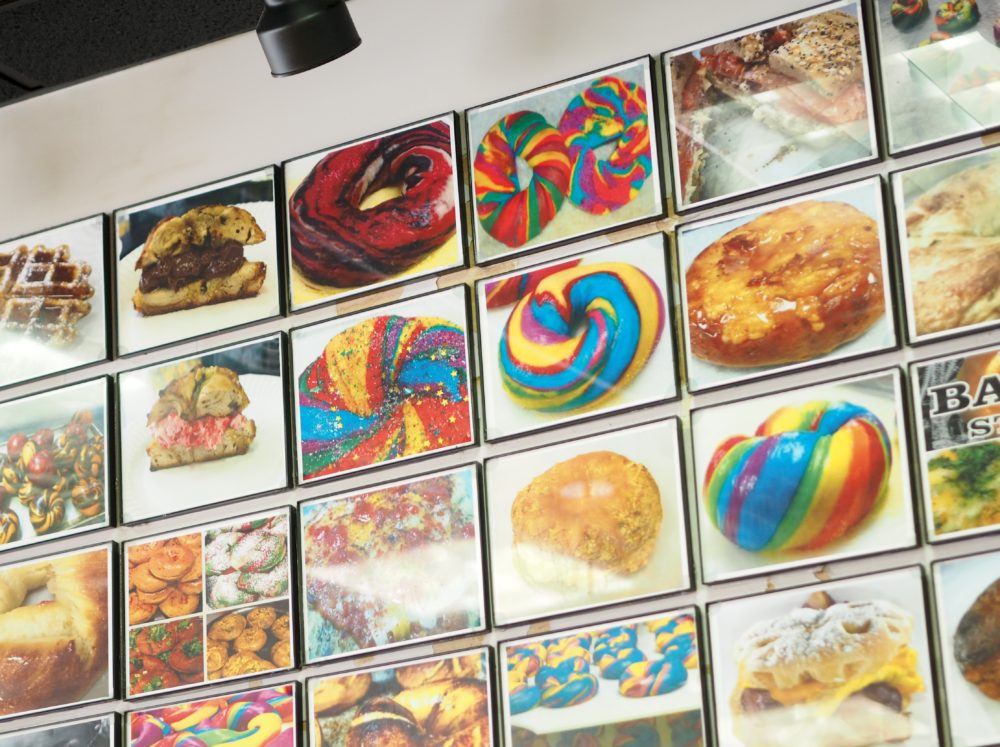 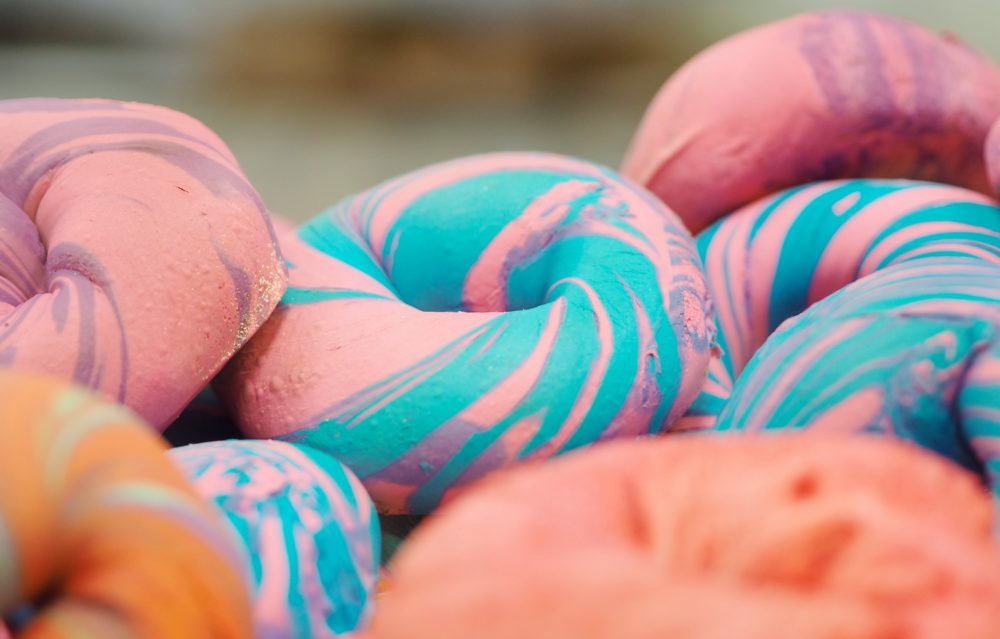 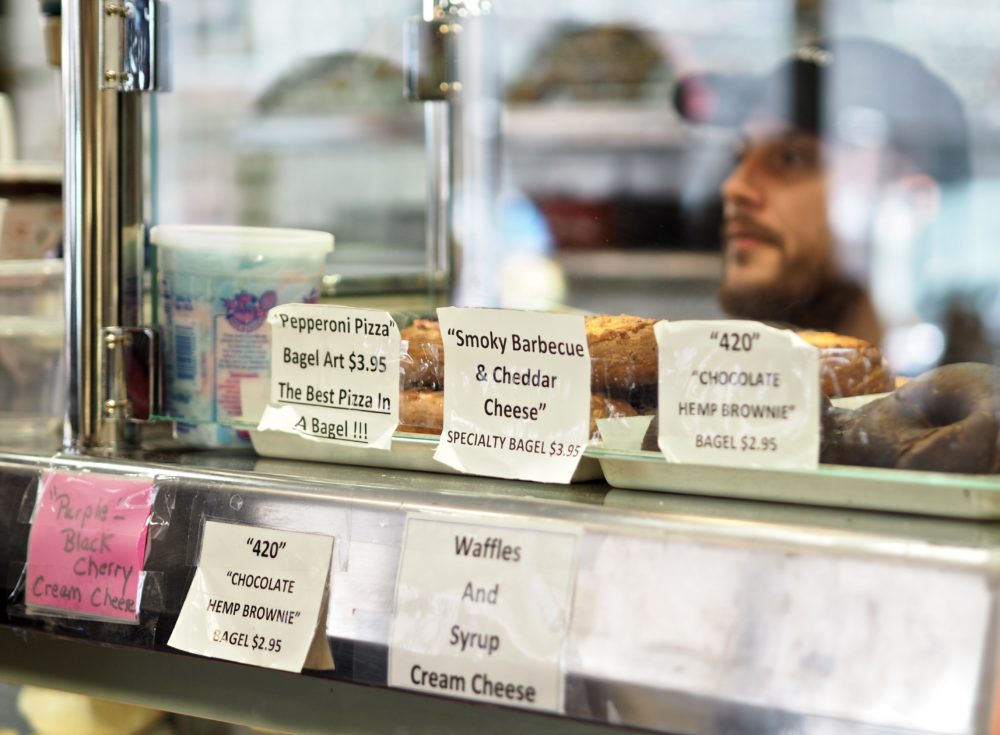 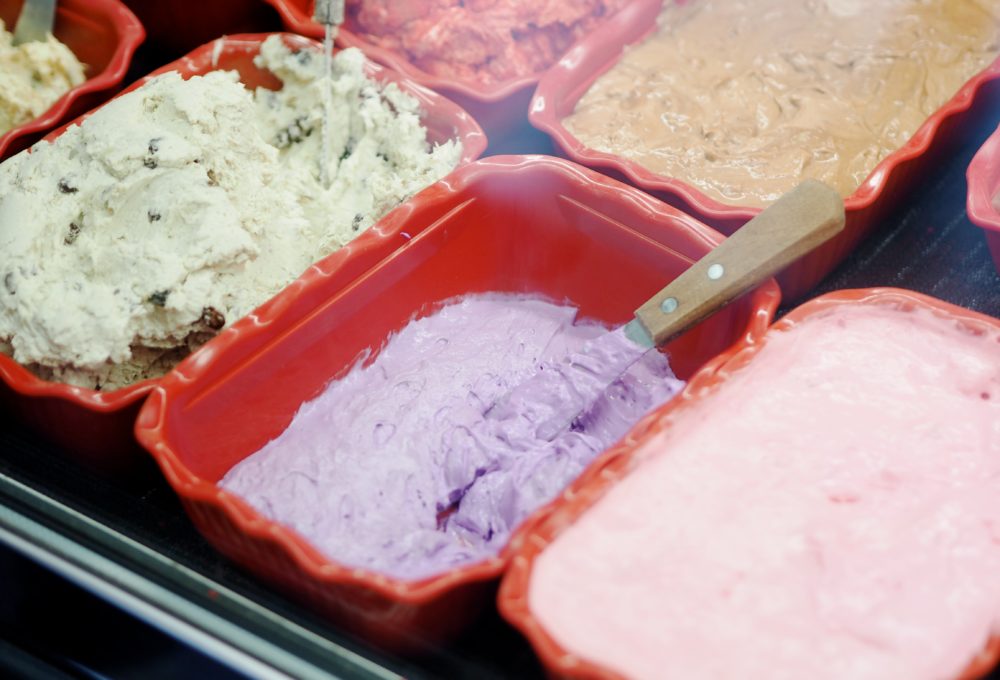 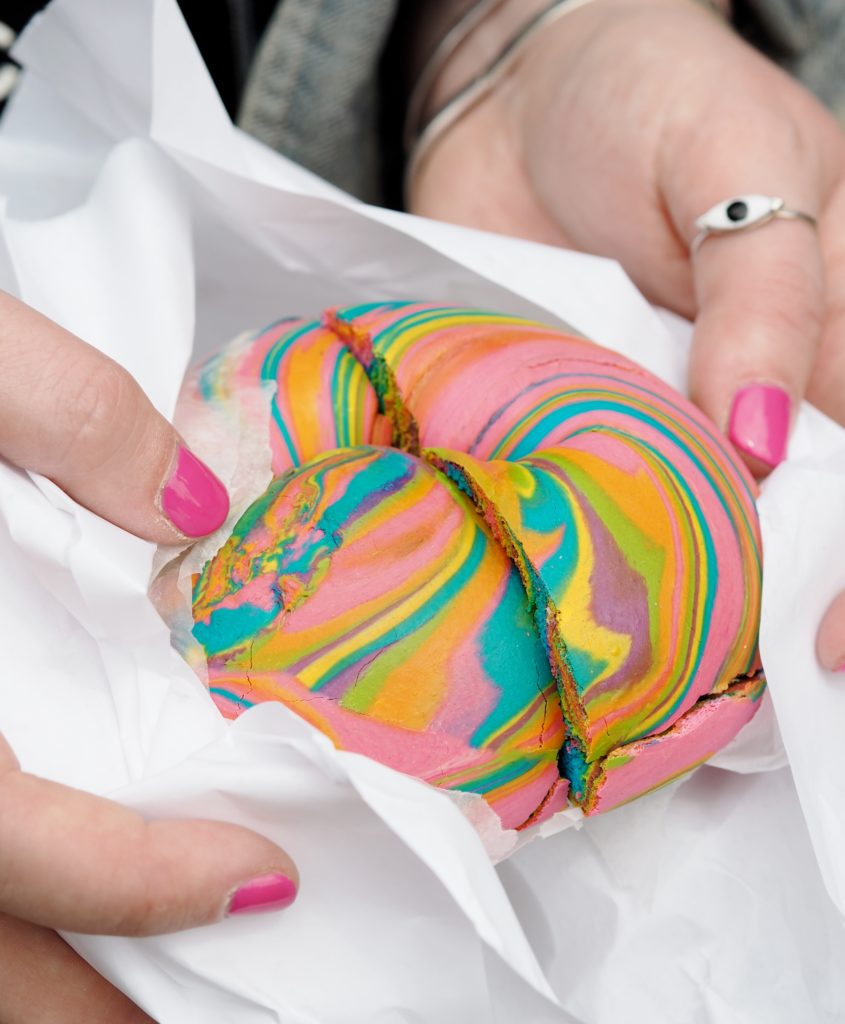