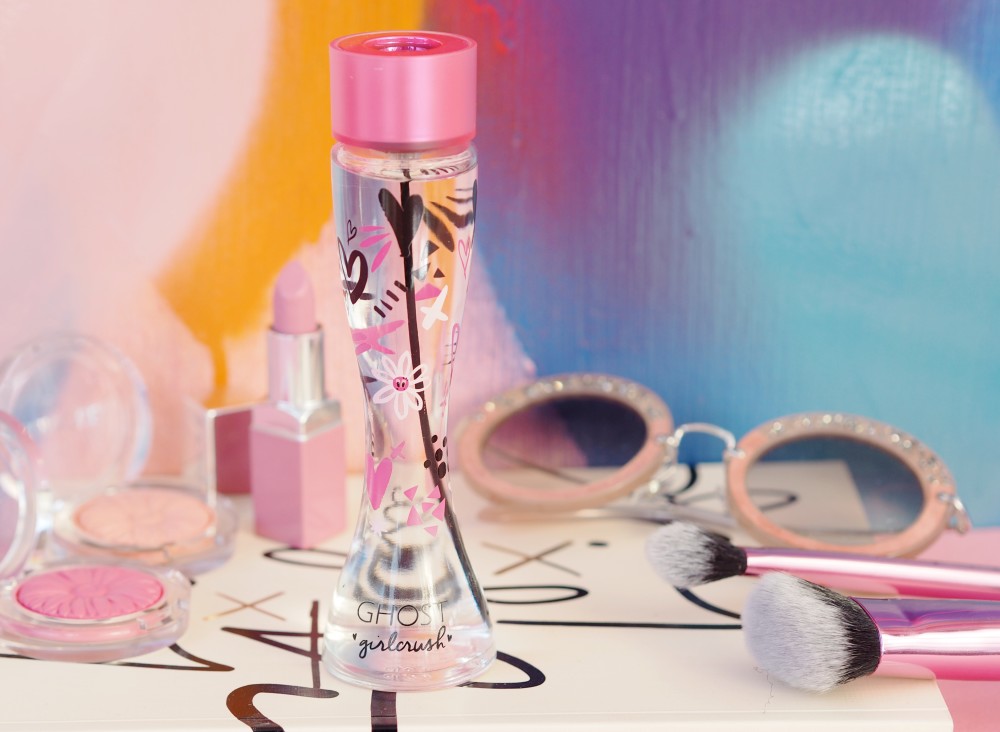 Memories of your first crush, the first girl band you formed, that spellbinding first kiss, Ghost’s GirlCrush is a nostalgic love potion that no one will be able to resist… One spritz will ignite that buzzing excitement of the beginning of something new

Last year Ghost released GhostGirl and it felt like the world went nuts for it. The campaign was shot by Rankin and Charlotte Free was the face of the fragrance, it was everywhere!  GhostGirl was pink, sweet, playful and free-spirited. The latest release GirlCrush is an extension of the sassy fun. It has the same sugary fruity floral feel to it, but this time it’s a little less pink and sweet, instead it’s a little lighter, fresher and fruitier. The fragrance bursts open with fun and fruity raspberry, sweet peach and darker woodier pomegranate. The heart is pretty with soft rose, pink peony and almond flowers. At the base there is sensual musk, sweet vanilla and cedarwood. I feel like the young fragrance market is filled with sickly sweet, cheap and nasty perfumes, but Ghost have once again managed to side-step this landmine and instead create something with a pretty and delicious, without making their mother’s nose upturn. *emoji hands clapping*!

Ghost GirlCrush is £25 for a 30ml bottle and £34 for a 50ml bottle. It is available from 9th March 2016 at Superdrug. From 20th April it will be available at The Perfume Shop, Amazon and World Duty Free. 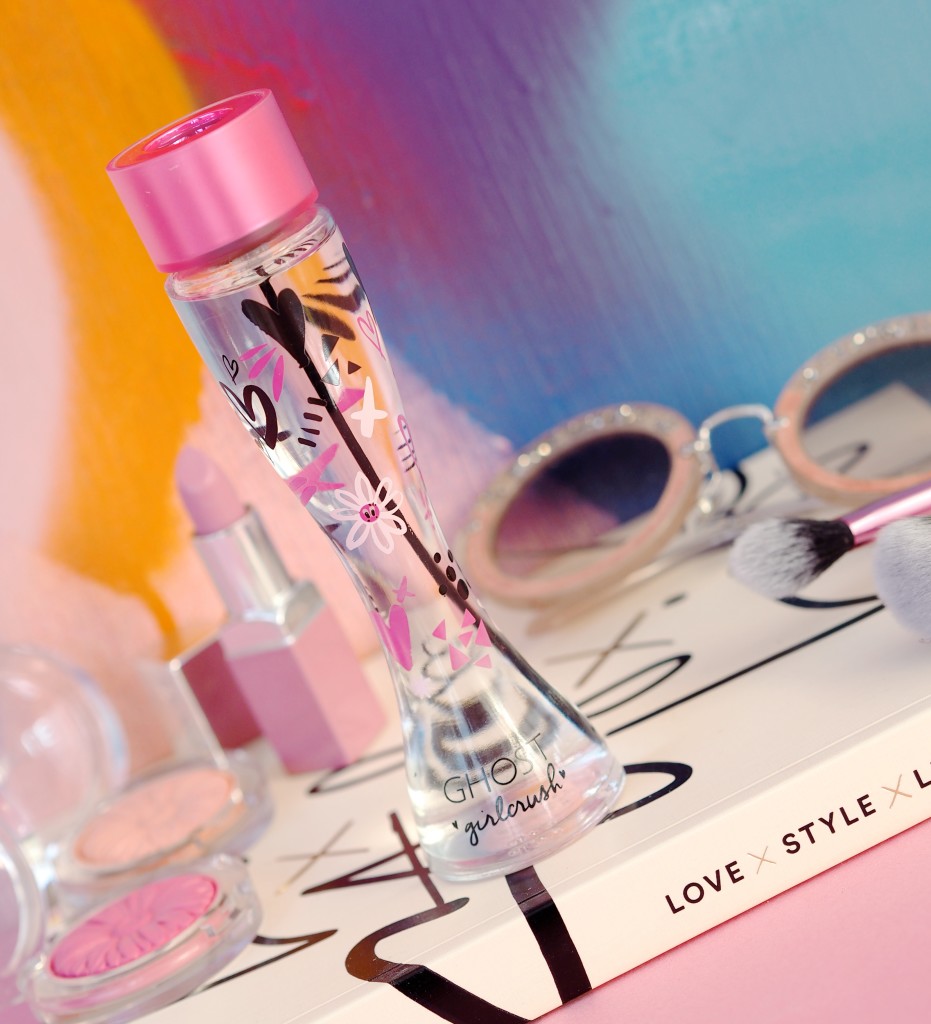