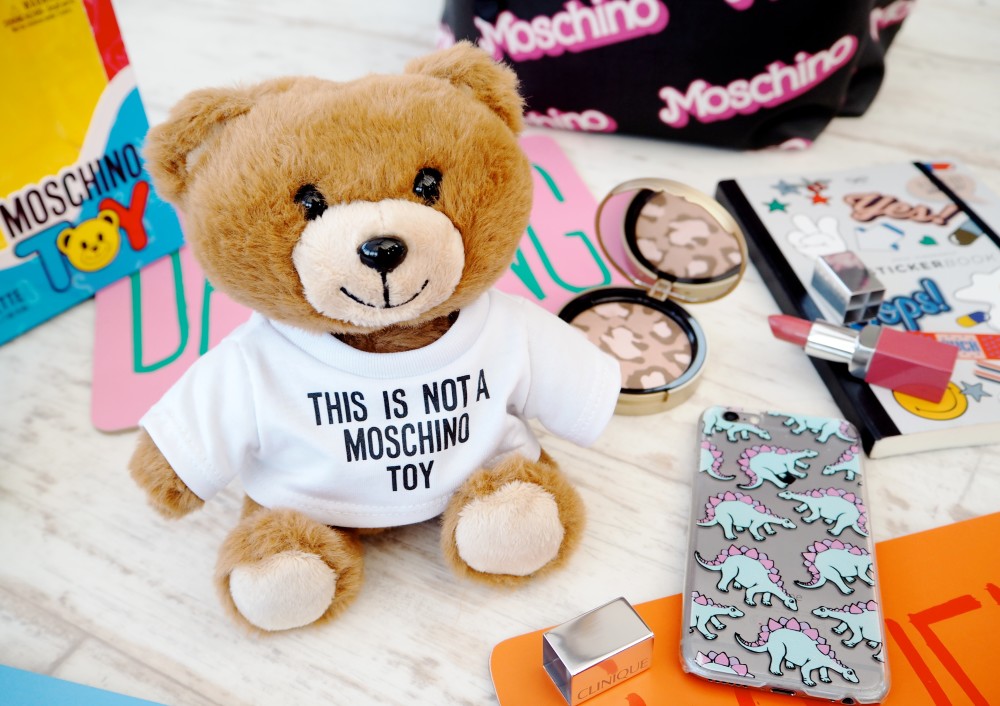 I wanted to push the fragrance beyond the realm of what a perfume looks like, or how it’s package… I think we’ve achieved that!

Is it my imagination or does this perfume have a bit of a bad reputation. I heard a lot of people saying they thought the bottle was stupid (say what?! It’s amazing, more on that later!) and they thought the fragrance was a disappointment. I had considered buying it at the time it came out, but after hearing a few negative comments, I was put off. I still lusted over the teddy bear shaped bottle, but I didn’t bother actually hunting it down to smell the perfume. What a fool I was! My taste in perfumes isn’t exactly run of the mill, so many of the fragrances I adore are niche and just occasionally, perfumes I love are discontinued due to disappointing sales. In a world where Britney (sorry babes!) is a worldwide best selling perfume, do I really want to be listening to other peoples opinions when I can judge for myself?! Probably not, we are all different and just because I love something doesn’t mean it’s right and vice versa. Annnnyyyyway, first things first, I think the bottle is fantastic! It’s an atomiser inside a teddy bear for crying out loud! You pop off the bears head and find the nozzle, it’s BRILLIANT! Even the cardboard box it comes in, is genius! It just doesn’t get much better and if it does, it’s the bottle for Fresh, which is also another Jeremy Scott for Moschino masterpiece! As for the fragrance, it is unusual, I will admit that, but I actually really like it, it has quite a unisex feel, perhaps it’s the lavender heart or because it’s a boy bear. Imagine the make-believe woods where bear might live; woody and mossy, filled with wild flowers of lavender, violet and hawthorn. Then imagine the bear finds himself boxed up and sold in an old fashioned newsagent. The shop smells like tobacco, newspaper, orange flavoured boiled sweets and peppermint candy. It’s got an air of childhood nostalgia mixed with fresh, woodsy notes. The more and more I wear it, the more I love it. It’s time to try this perfume for yourself and it’s more than just a brilliant bottle!

Moschino Toy is available at Look Fantastic, Selfridges, The Hut and Harvey Nichols. 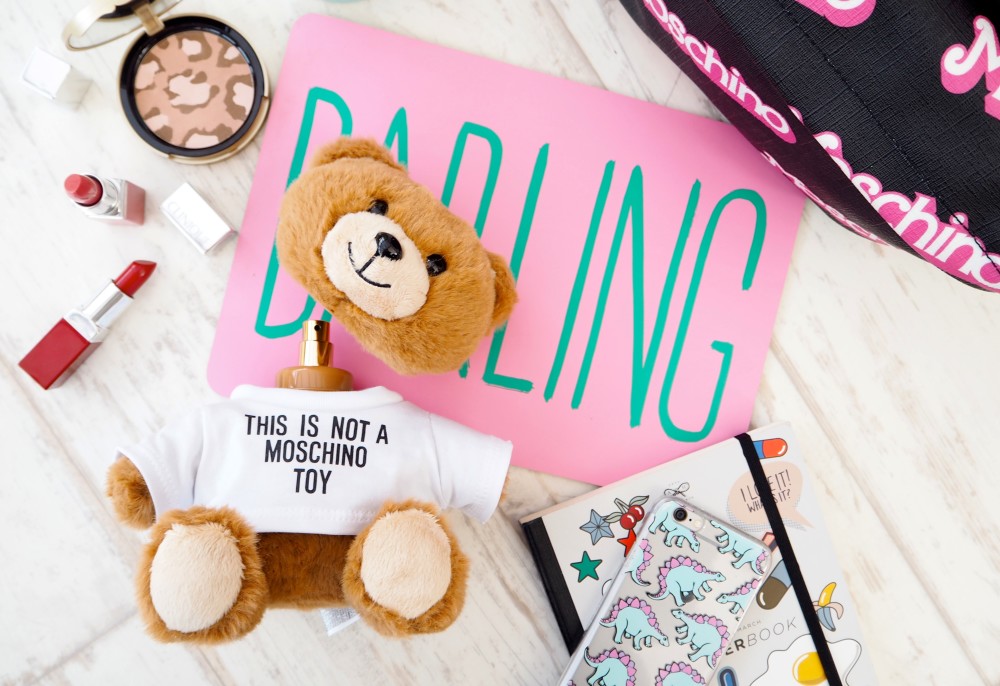 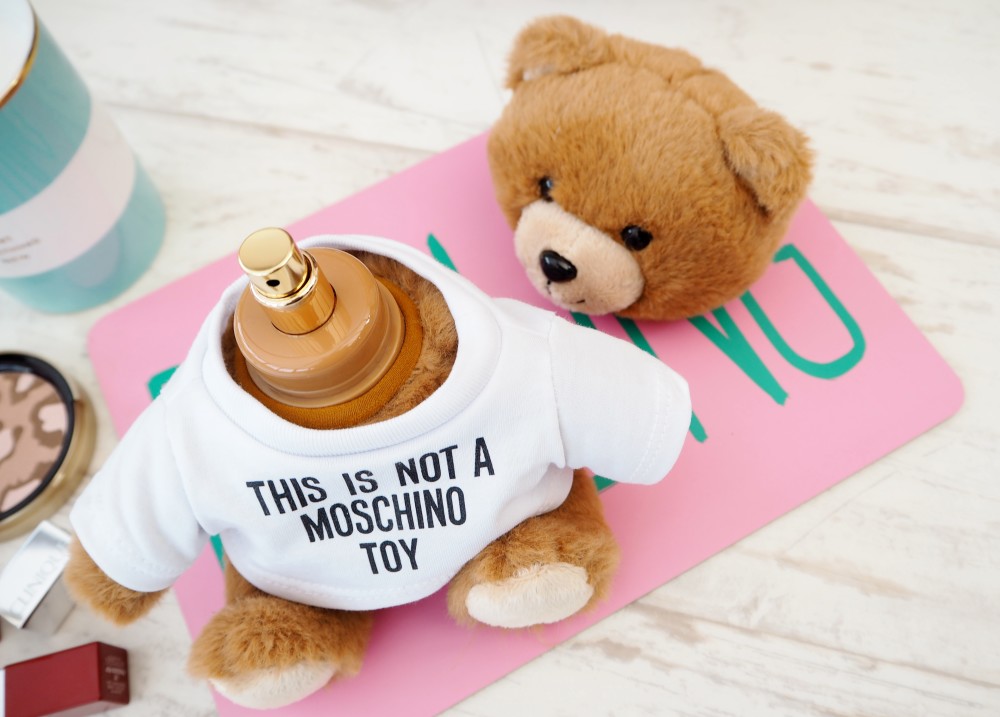 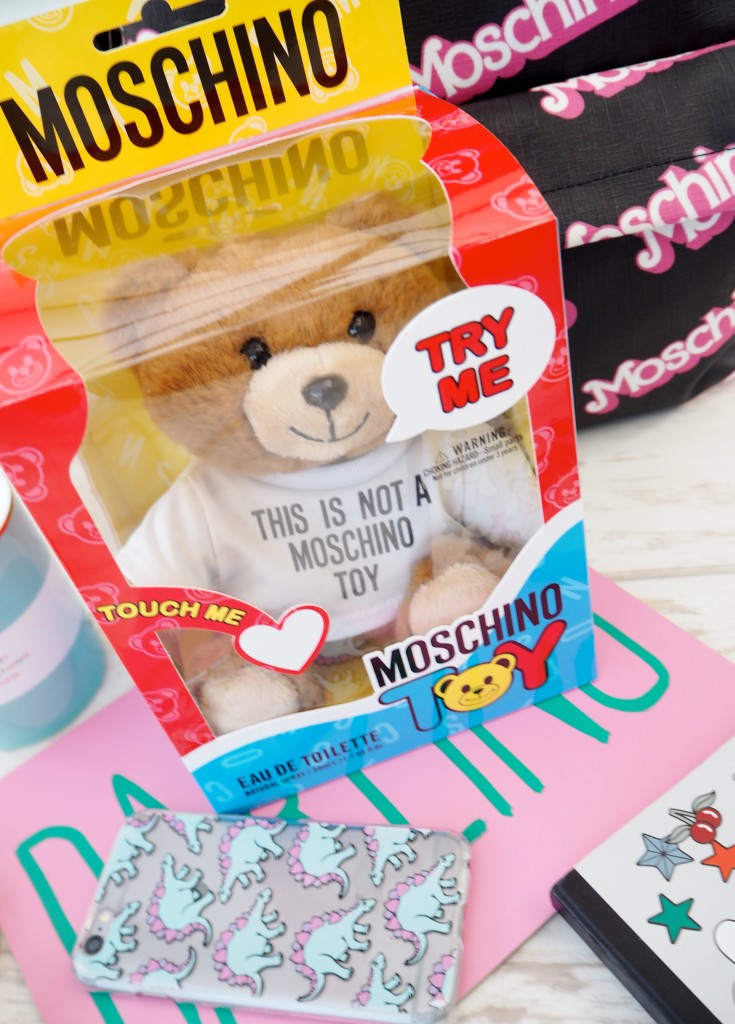