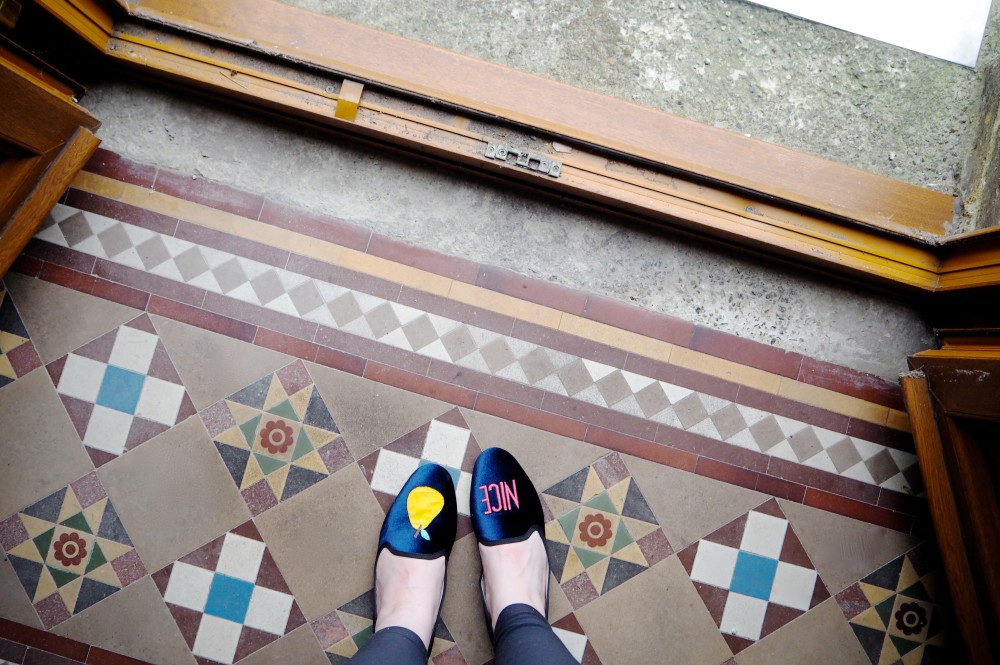 A couple of weeks ago I posted the picture above on my Instagram and I made the announcement that I have bought my first house and moved to the seaside town of Margate! I have been meaning to write more about it, but it has been hard to find the time and I had a feeling it might be a bit of a lengthy post!

I have been living in Bethnal Green, East London for the past seven years or so, it’s such an amazing area and I loved the location, closeness to central London, the people, independent cafes, galleries, shops and well, everything. It was amazing! But over the past few years it has become more and more expensive to live there. My rent was a crazy amount (I’m not going to admit how much, but it was a lot!) and whilst my boyfriend and I could afford it and still have the excess money we needed to fund my Chanel and chocolate addiction, we couldn’t really afford to buy a flat there, not unless it was a basement bedsit or similar! It’s hard enough getting on the property ladder in the UK, but in East London, a 2 bedroom flat can cost around half a million and it’s just impossible! My boyfriend’s job allows him to live in or out of London, and he felt ready to move to somewhere which was accessible to London, but not in London. We thought about what we wanted, access to London, fresh air, a home of our own, independent shops and cafes and exciting things happening. One of my dearest friends told me that Margate was the place to be and the rest is history!

Margate is awesome! It has everything you could imagine, a high speed train to London, oodles of amazing independent cafes and restaurants. It has stacks of vintage boutiques and independent stores and best of all, it’s on the coast! I can see the sea from my window, the second I step out of my front door, it’s right there! I can hear the clock tower chime every hour and when I wake up, I hear seagulls and I can lie in bed and see them from our skylight. That’s right, I have a skylight! Margate has some cool places to visit like Shell Grotto, which is underground passageways and a huge chamber completely covered in mosiac shells. Another amazing thing about Margate is Dreamland. Back in the 50s and 60s, Margate was the place to be, each Summer the beaches were packed full of Londoners taking a summer break and Dreamland was the fairground to visit. When package holidays took off, Margate had a bit of a rough patch and Dreamland ended up closing, it was in a bit of a sorry state before locals campaigned to restore and reopen it. Dreamland is now a beautiful vintage fairground which has many amazing old fashioned rides and attractions which have been restored from the original Dreamland and bought in from other theme parks which have updated their rides for modern ones. Anyway, Dreamland is amazing, and I can see the big wheel from my window and it is literally about 100 metres away from my house! Another thing I love about Margate is the Turner Contemporary, the modern art gallery on the seafront which stands on the location where Turner stayed many times and it looks out at the same views which he saw and famously painted. It’s a beautiful gallery with constantly changing exhibitions. We have only been living here a few weeks, but we have found the people here are so nice and friendly. We have been given oodles of numbers of people offering to help us find tradesmen, offer us help in finding out the history of our home and I have even been chatting to some bloggers who have offered to show me around their favourite places in the area. It’s so nice!

The house we have bought is amazing, it was built in the 1860’s, we are a little unclear of the exact history, but it was a tobacconist’s and it was the former home of the Mayor of Margate and his son, who created Dreamland. We need to investigate more, but it’s really exciting! The building is old with wonderful high ceilings and the rooms are huge which is perfect for us as we love open plan rather than a million tiny rooms. It has a garage, garden, skylight and even a turret. Not even kidding, we have a turret!!! It has huge fireplaces (so big, I can’t event touch the top of them!) and it’s just amazing! It’s a bit of a project home, we are lucky enough to have some amazing original features, but the downside is, it hasn’t really been touched for years. We have been working with an amazing architect and building company who have some incredible plans for it; a dressing room, new kitchen being fitted with my dream appliances. It looks very rough around the edges right now, but I will post some ‘before’ photos soon, so you can all see it and the work we are doing.

My friends are all still in London and there is a high speed train from Margate, so I will still be around lots to see friends, attend meetings / press days / events, and there isn’t a Chanel in Margate, so I will be coming into London for that too. It’s nice, as we are by the sea, but it doesn’t take long to get to London. I feel really lucky! It has been a tough few months moving out my flat, dealing with solicitors etc, whilst still trying to keep on top of blogging during the super-busy run up to christmas, but it has been ok and I feel really lucky how everything has worked out!

I haven’t had a chance to go out and take many photos yet, but here are some I have which help show you a little of Margate. Oh and the top photo features our porch tiles and my new Boden shoes. Aren’t they adorable!? 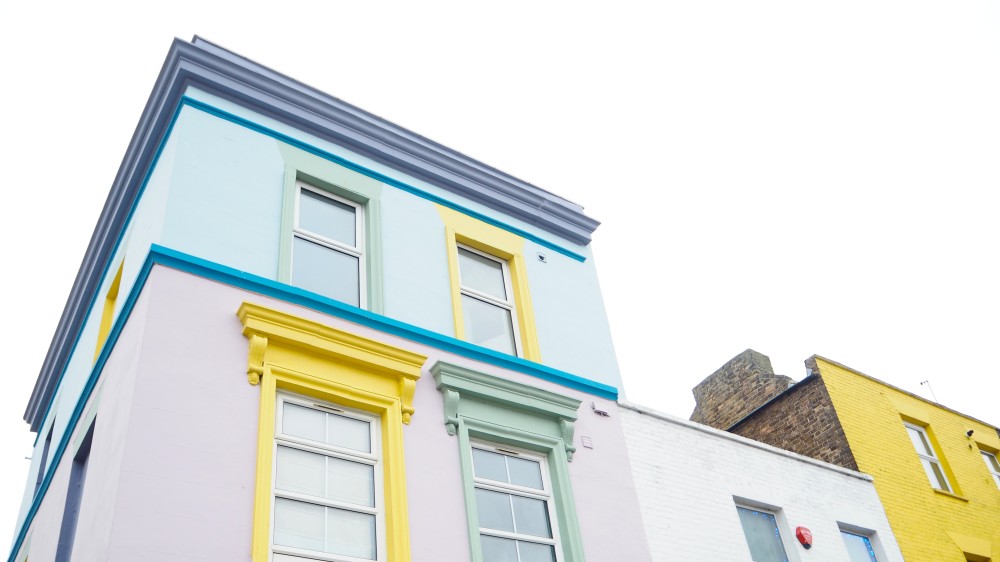 One of the prettiest pastel homes I have ever seen in Cliftonville, Margate 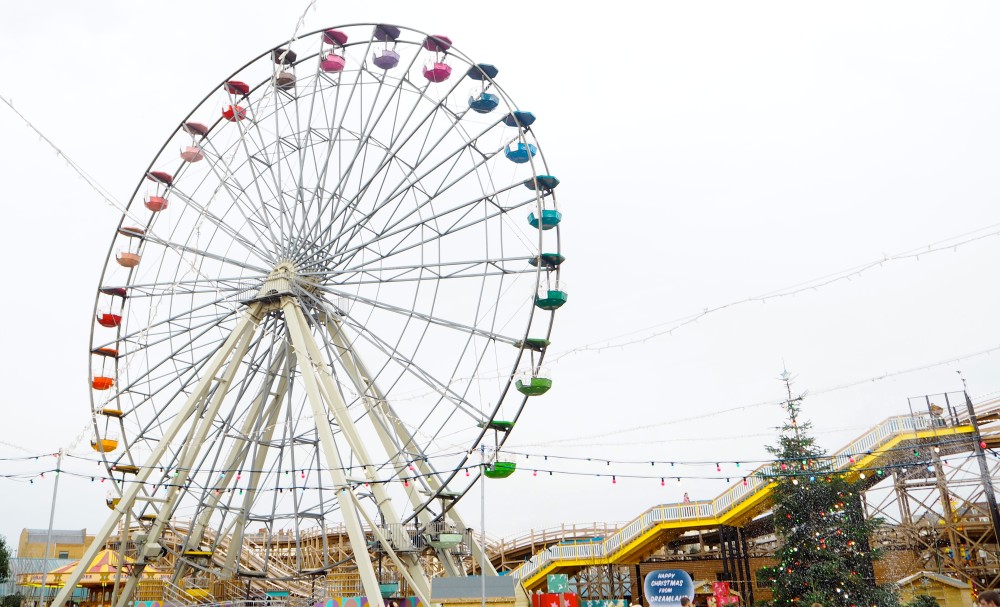 The Big Wheel in Dreamland 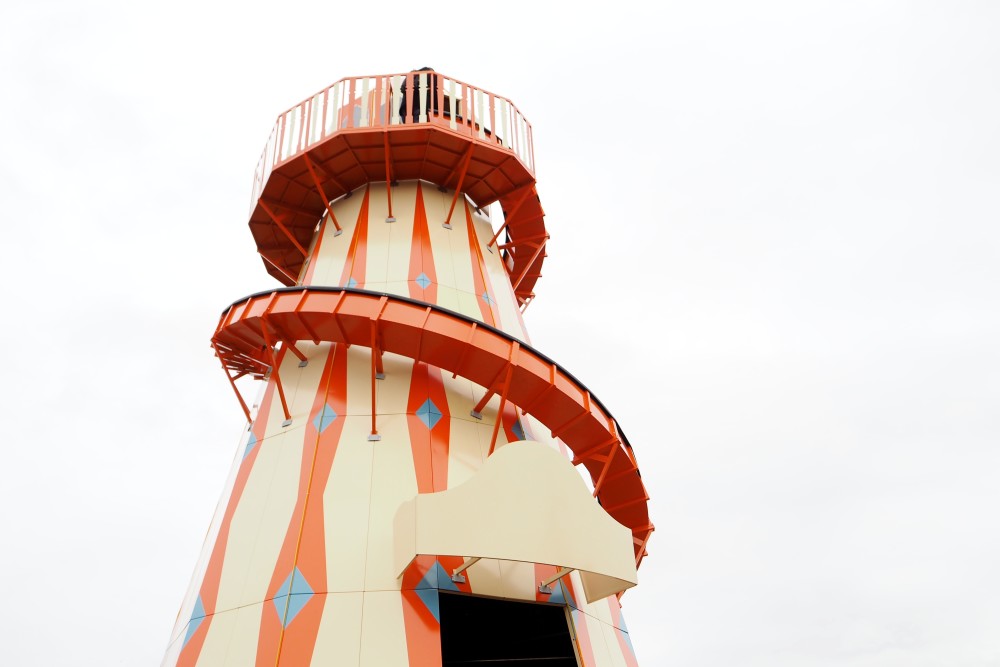 The Helter Skelter in Dreamland 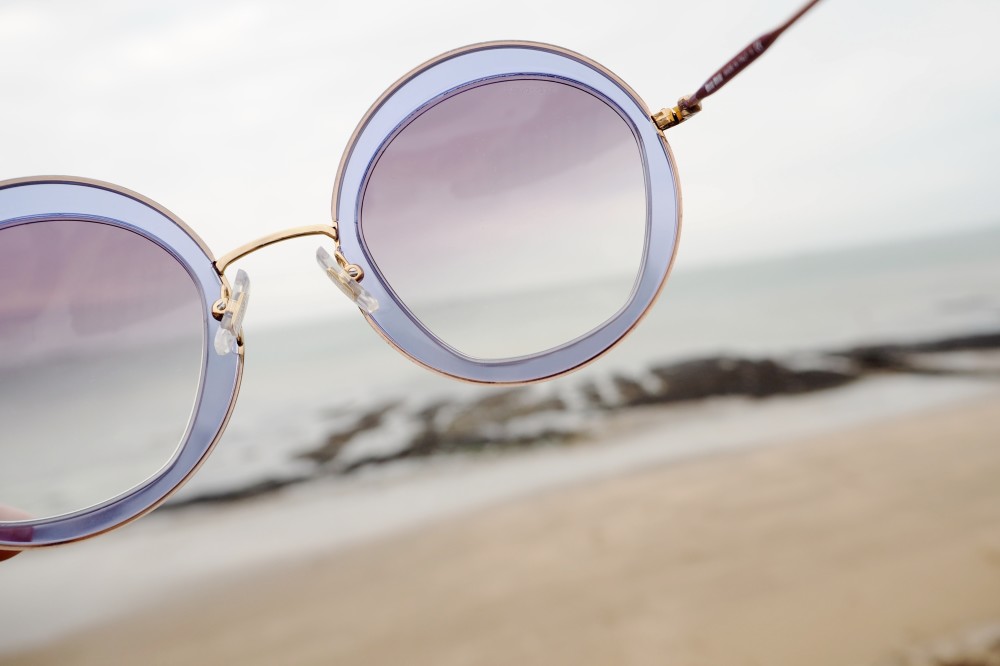 Margate beach in Winter with my Miu Miu Sunnies from Pretavoir 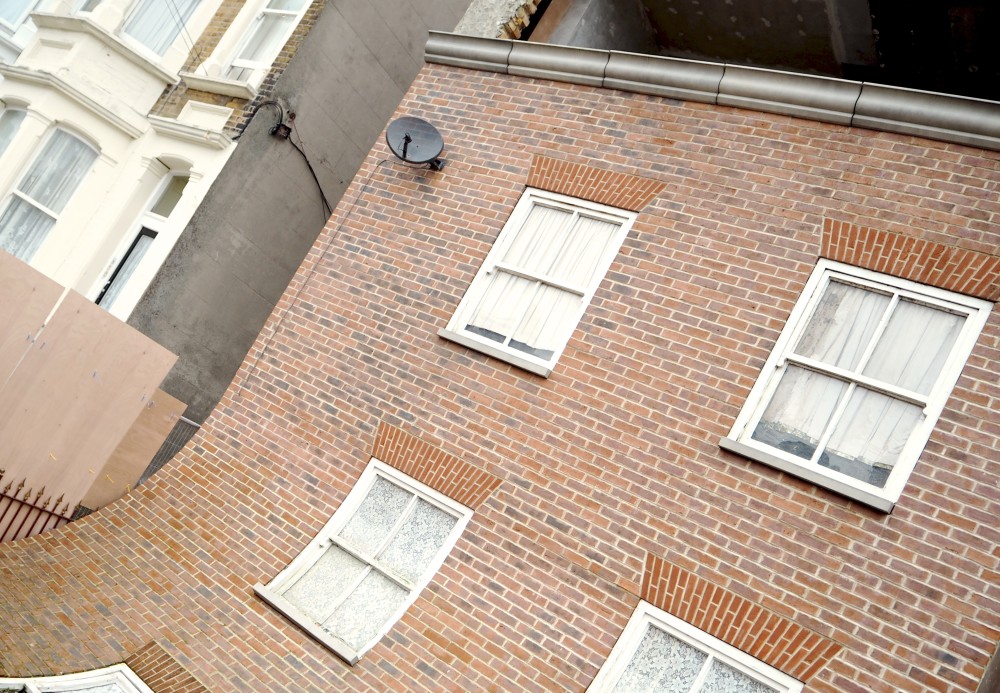 The Sliding House by Alex Chinneck (it’s actually called From The Knees Of My Nose To The Belly Of My Toes), it was a year long instillation which has now closed, but you can see it if you peek over the fence and it’s a great example of all the art in Margate 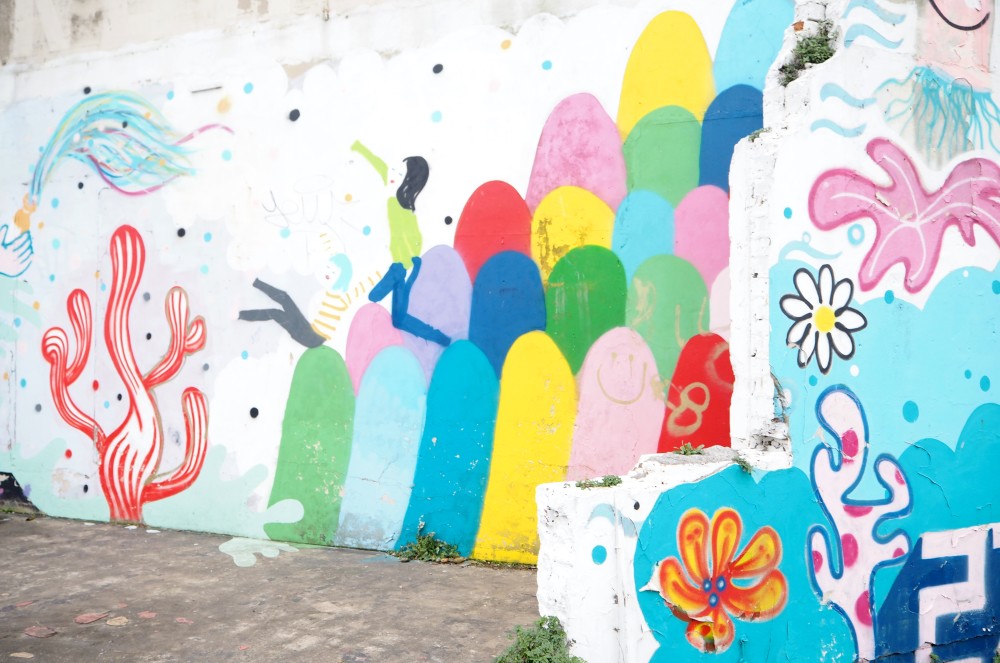 Street art in Margate, I have obviously already taken photos of my handbags in front of this wall for Instagram! 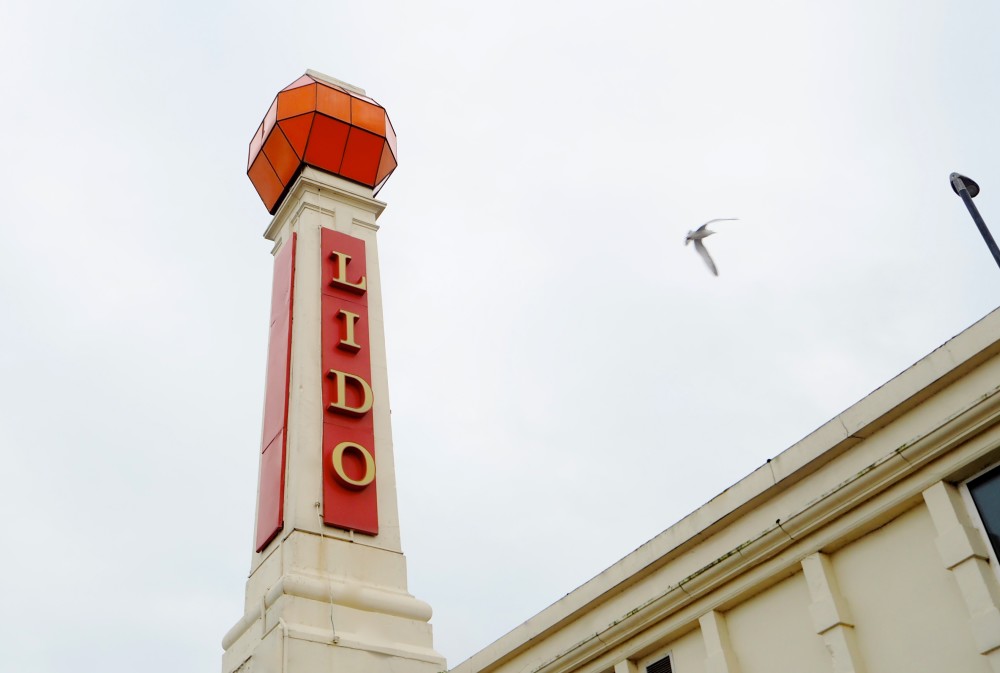 The old Lido sign, it’s such a beautiful landmark 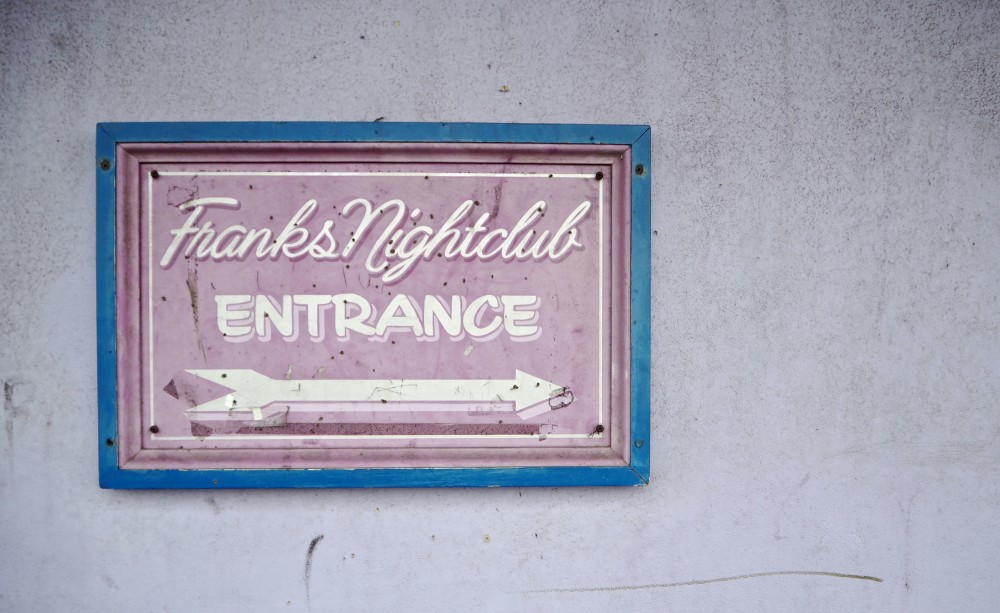 Frank’s Nightclub, it’s no longer open, but the building and sign is beautiful. Some parts of Margate feel like they have been in a time capsule and I have a real thing for old signage 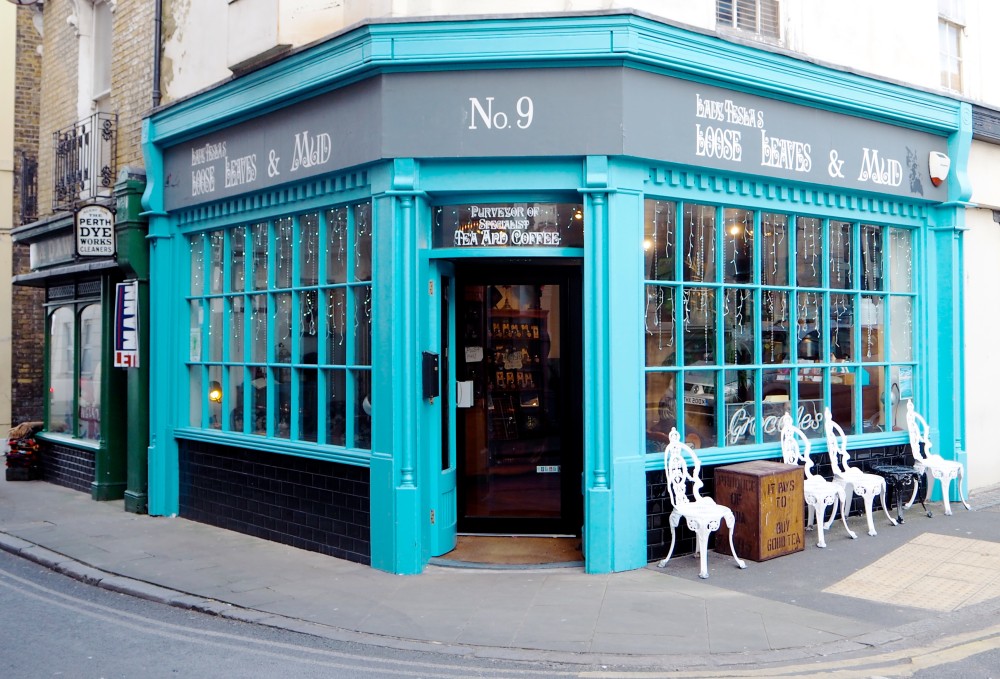 The Old Town is fill of cute shops! 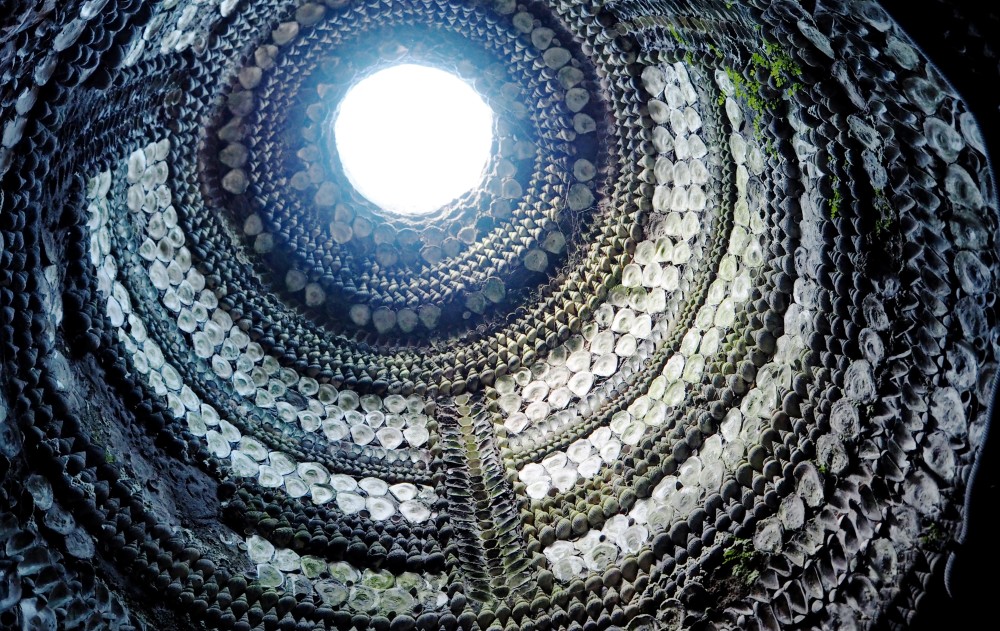 Shell Grotto, over four and a half million shells line underground passageways and a hall. 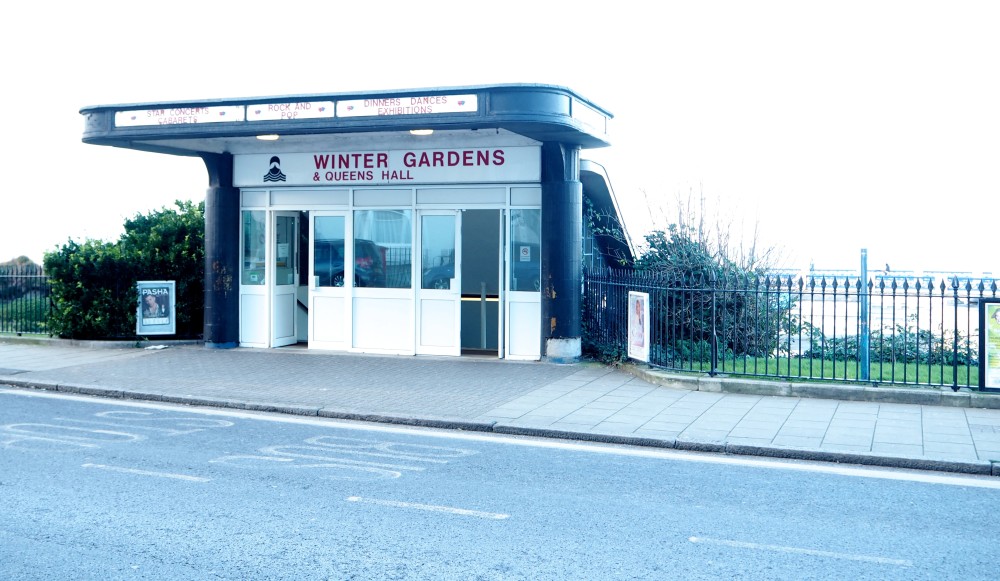 The entrance to Margate Winter Gardens. which is such a beautiful art deco building. 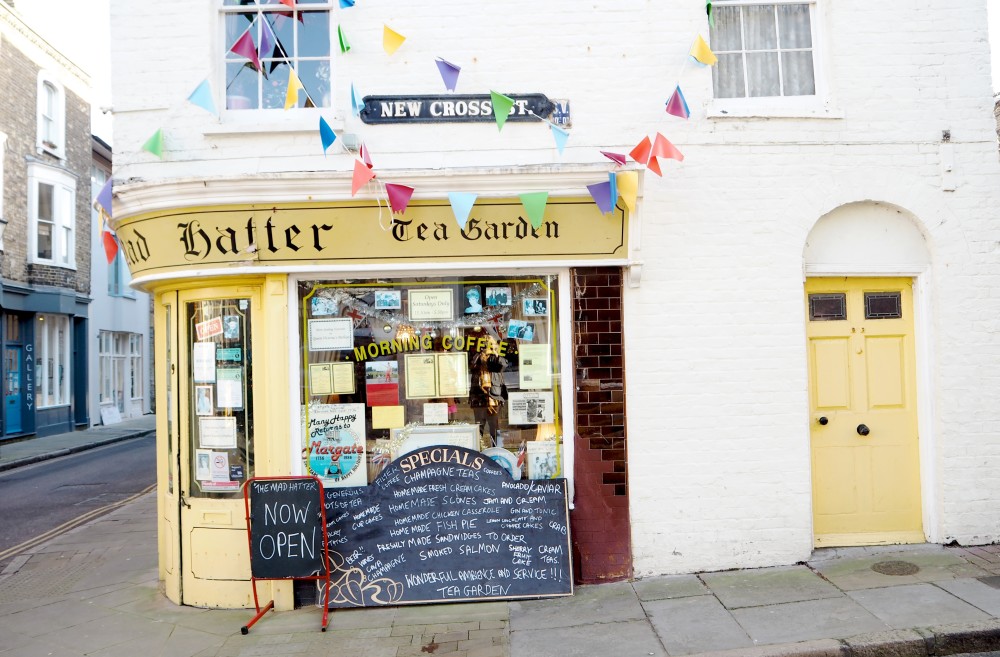 Seriously, how cute is Margate!?!

Follow me on Twitter & Instagram to see more of my out and about shots of Margate and I promise I will take some photos of our house soon! Also, if you search on Instagram for the #ViewsOfMargate, you will see more photos I have posted, it is such a beautiful old town!