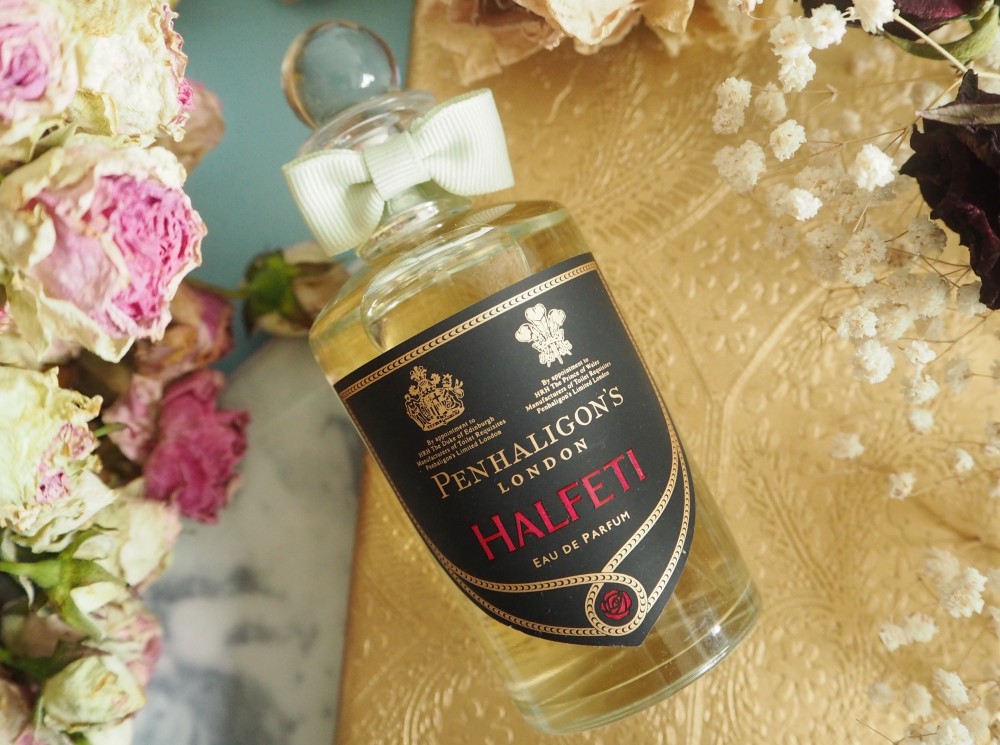 I was recently telling a friend about how much I love Penhaligon’s As Sawira, and they asked me if I had tried Helfeti, both fragrances are part of the Trade Routes Collection. As a huge fan of Penhaligon’s I was a little embarrassed to admit I didn’t know it, but their recommendation was so positive, I thought it was time I gave it a whirl!

Halfeti draws inspiration from the lavish goods traded with Turkey: exotic florals, spices, soft leathers and precious fabrics. The fragrance is named for the small Turkish village of Halfeti, where enchanting “black” roses grow on the banks of the Euphrates river. Dark and mysterious, the roses are an intense shade of crimson, so dusky they appear to be black. Created by master perfumer, Christian de Provenzano.

Helfeti is an opulent woody floral, it is rich, heady and exotic. It does remind me of As Sawira, but it’s more feminine with plenty of roses and more florals, it also has more powdery notes to it (where as As Sawira is unisex and I love wearing it, but it has far fewer florals in it). At the top its wonderfully smoky, with unexpected greens and citrus mixed with heady roses and oud. As it matures, you start to smell more florals, with with spice, pepper, saffron, sandalwood, resins. At the base there is the sweetness of vanilla, tonka bean and musk. It’s such a full perfume, there are so many wonderful scents merging together and dancing around. It’s heady and strong, it’s a haze of hot Summer markets with spice, flowers, leathers, antiques and cashmere. Those who love simple, fresh, breezy scents will not be impressed, but those who love something a little more fabulous will go nuts for this! Helfeti is very special, the first time I wore it I was asked 3 times which perfume I was wearing, I don’t pick favourites, but this could be one of my favourite ever Penhaligon’s perfumes. What’s the Turkish translation for ‘Obsessed’? That’s what I am for Helfeti! 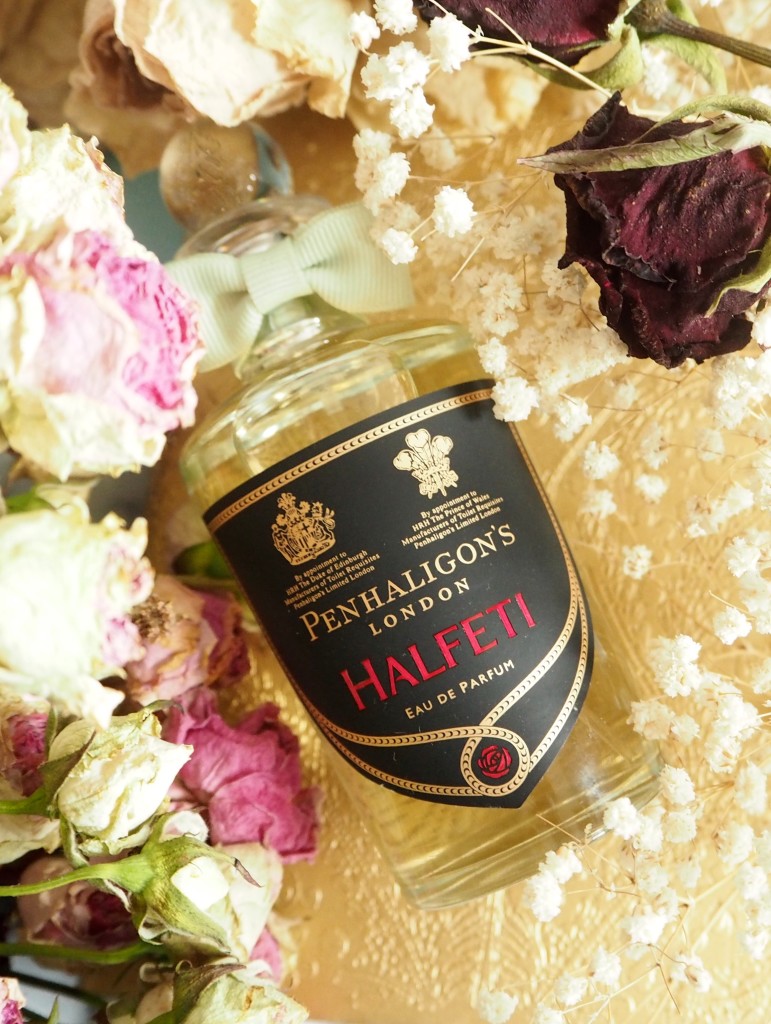