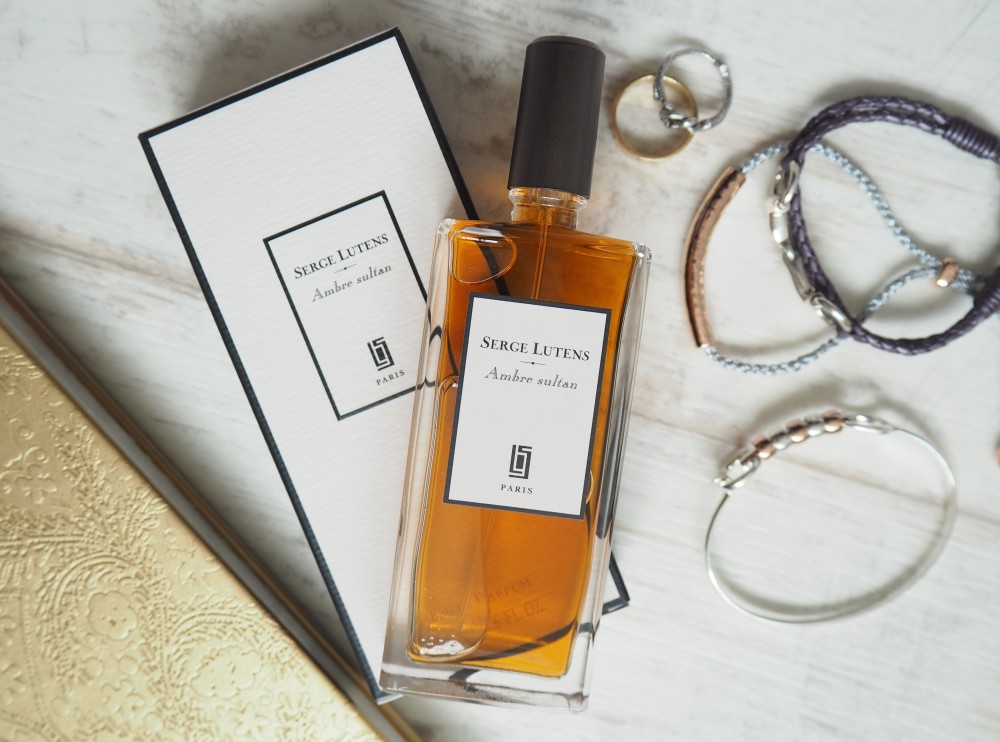 Serge Lutens has had quite a remarkable life and each perfume he creates is based around memories. He tends not to disclose the notes contained in his fragrances, instead he tells a story of the inspiration behind it.

From a dark, troubled childhood, to a career in beauty, with a short stint in the army during the Algerian War. Serge Lutens spent the 60’s and 70’s creating beauty looks with Vogue, Harpers and Elle, and later working on make-up lines with Dior and Shiseido. It wasn’t until 1982 that he conceived his first fragrance, Nombre Noir. Serge Lutens namesake brand is famed for his iconic beauty aesthetic (eye shadow , ethereally beautiful skin, short hair plastered down) and high quality fragrances based on imagination.

This fragrance is not an Oriental, but an Arab and a Lutens. That being the case, don’t expect it to fit in.

The point of departure was a scented wax, found in a souk and long forgotten in a wooden box. The amber only became sultanesque after I reworked the composition using cistus, an herb that sticks to the fingers like tar, then added an overtone that nobody had ever dreamed of: vanilla. Why? Because vanilla is sticky, too, and it clung to my memory.

I have been aware of Serge Lutens for a long time, but I was never quite sure where to start with the collection. I knew each fragrance was inspired by a memory and very few notes were names in the perfumes, so I found it hard to know where to begin with the brand. A friend recently recommended Ambre Sultan as a perfume which would suit my tastes and so I took the plunge! Fragrance always evoke feelings, memories, moments, so it stands to reason that Serge Lutens perfumes are described not as individual notes, but as a moment. However, it does make it harder to shop the brand as a new-comer. My advice would be to spend a little time in Liberty, Selfridges or the Serge Lutens boutique in Paris and explore the collection. Each fragrance is really made of the best quality ingredients and you might find a perfect perfume that you just won’t find elsewhere.

As you might expect, Ambre Sultan has a strong notes of resins which we know as warm, sweet musky Amber. It also has green herby notes of coriander, bay leaf and oregano. At the base of the perfume, I *think* it has subtle powdery notes of patchouli and sweet but subtle vanilla. I have a real *thing* for amber, it’s heavy, sensual and fabulous, this this is unlike any other amber based perfumes I have tried. It’s greener and earthier, the herby notes are really usual, but somehow they work perfectly in the fragrance. Most stores have this fragrance categorised as a women’s perfume, but actually quite unisex, my boyfriend has already tried steal it off me. Ambre Sultan fabulous, it reminds me of shopping in the souks of Marrakech with all the spices, incense, antiques and leather in the heat of the day. I can’t believe it took me so long to delve into the world of Serge Lutens, but now I have, I am hungry for more!

Serge Lutens Ambre Sultan is available at Selfridges and Liberty.