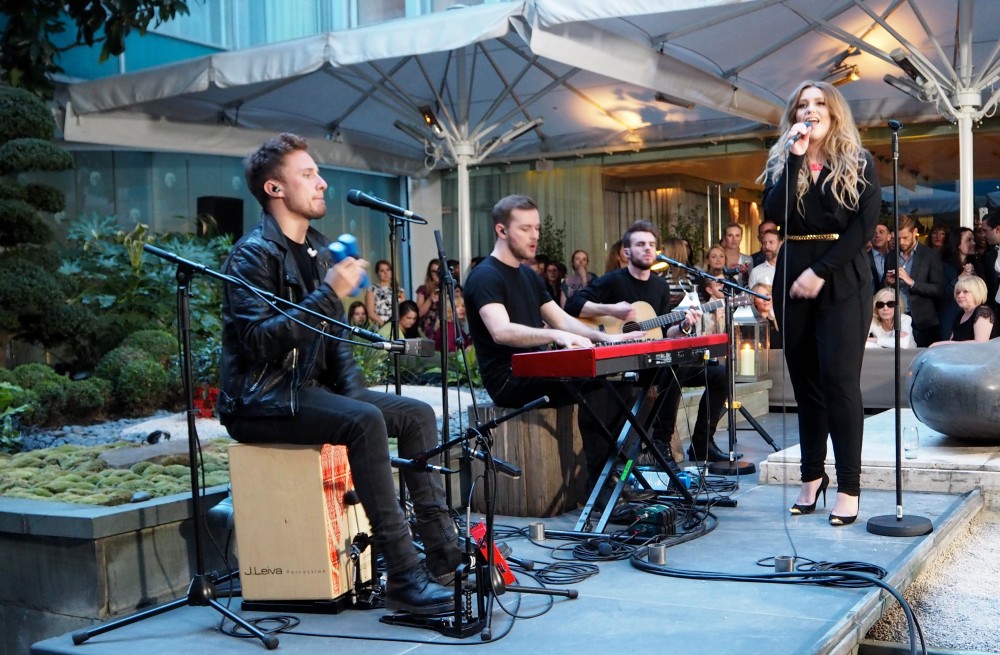 A few nights ago I went to a really fun press event to celebrate the announcement of Ella Henderson as the new face of dry shampoo brand, Batiste. We were lucky enough to enjoy an acoustic set by Ella in the Courtyard garden of the Sanderson Hotel. I had such a nice evening, catching up with friends, drinking cocktails and watching the super talented young popstar play an intimate venue.

Batiste is a bathroom staple. It is perfect for the morning after the night before, festivals or just if you are running late and don’t have enough time to wash your hair. It’s a quick fix for slightly greasy roots and gives you a little volume as an added bonus. I am pretty sure everyone reading this probably has a can in their bathroom. It works well and it’s super affordable, everyone loves Batiste!

Ella Henderson was a UK X Factor contestant a few years ago; she was 16 at the time, super talented and always had a big smile on her face. She was a favourite to win, but had a shock exit fairly early on in the series. Not only did she have an amazing voice, but she even wrote her own audition song. It was one of those ‘I don’t need to vote for her, she will probably win’ situations. I can’t really complain about it as I am one of those people who loves X-Factor and I moan when good people get eliminated, but I never actually vote myself.

You Can’t Keep a Good Girl Down

After leaving the X Factor, Ella Henderson scored a great record deal, grew up a little, worked on her album and this Summer had a huge hit ‘Ghost’. She is now a fully fledged popstar and clearly has a bright future ahead of her. Batiste made a great choice when they picked Ella Henderson as a brand ambassador. She is super talented, yet friendly and relatable. She represents the girl-next-door but with a killer voice. She is young, fresh and naturally pretty, rather than being precocious, overtly sexual and a product of stage school. I think Ella Henderson is a great role model for young girls and it’s great to see a brand like Batiste sign a girl like Ella!

A big Thank you to Batiste for inviting me to this event, it was a lot of fun!