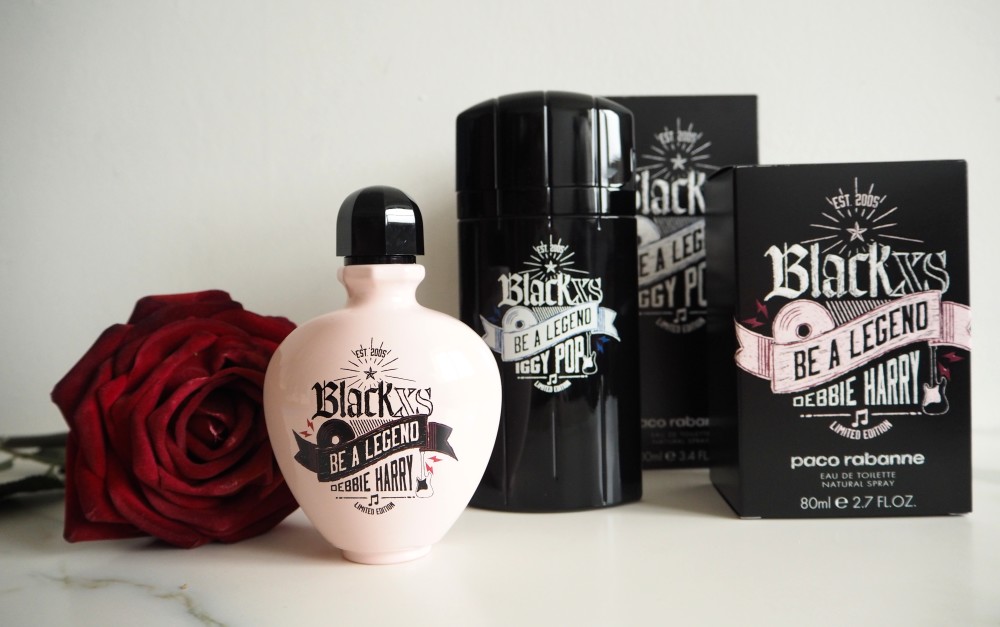 I recently got a press release which caught my attention, maybe it was because the perfume sounds amazing, or maybe it was Debbie Harry’s face. Either way, I stopped and I listened!

Paco Robanne has launched a new duo of perfumes for men and women; BLACK XS Be a Legend. The women’s scent is fronted by Debbie Harry and the men’s if fronted by Iggy Pop. The inspiration behind the perfume is of course, rock n roll, but not the trite kind that we see every day with high street stores selling leather look jackets and pre-ripped jeans. This perfume duo is all about the 70s New York punk scene; backstage at the CBGB’s, hotel rooms, music, excess, grime.

Black XS Be a Legend for Her Debbie Harry

Black XS Be a Legend for Him Iggy Pop

I have been wearing BLACK XS Be a Legend Debbie Harry perfume for the last week and it is really pretty. It opens with the sweet blackcurrent, which is really fruity and delicious and then it quickly settles into a sweet soft musky perfume. I tend to wear heavier perfumes, so I used this quite liberally. I found it lasted all day though and I did get compliments on it too. It smells sweet without being sickly and the patchouli gives it that slight rock ‘n’ roll / beatnik edge.

As for the mens BLACK XS Be a Legend Iggy Pop cologne, I gave this one to my boyfriend to wear. Again, he usually wears quite rich and heavy colognes with lots of amber and oud, so he also sprayed this quite liberally in the morning. Whist the top notes are ice and lime, it smells more like wood with a hint of lime, which is really lovely. Again, it smells like a nice woody scent with a bit of a rock ‘n’ roll twist. The bottle for the mens scent is also really cool as it opens like a zippo lighter!