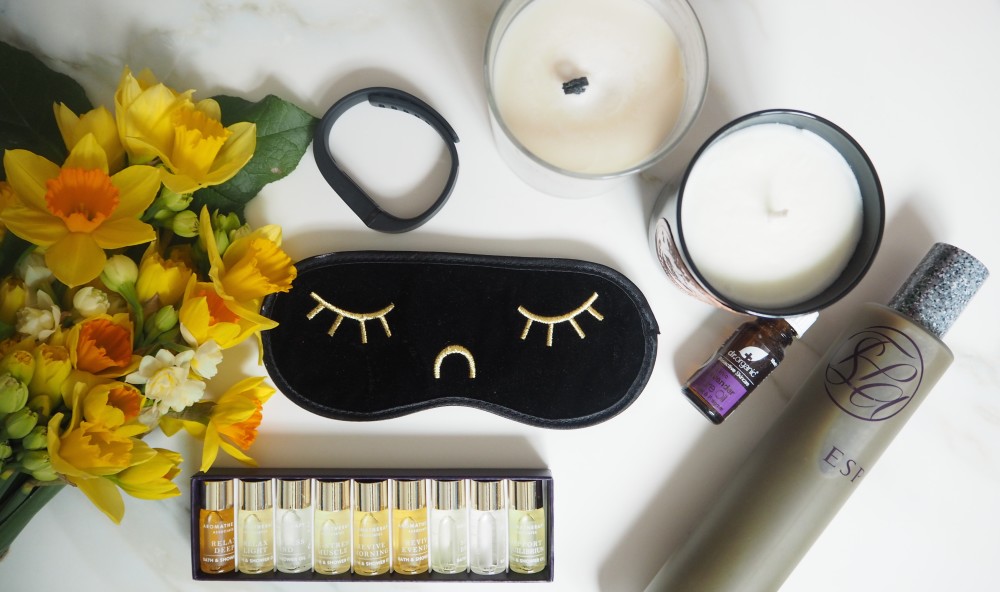 For the past week I have been taking part in #HillarysWeekofSleep campaign. I have blogged many, many times about what a dreadful sleeper I am, so when I heard a the campaign, I knew I wanted to get involved.

2015 is the official International Year of Light and Hillary’s Blinds are a Gold Associate Sponsor of the International Year of Light in 2015. National Sleep Week takes place between March 2nd and March 8th and Hillary’s are challenging a group of bloggers to try out a few techniques over the course of a week to see if it helps improve the quality and time period of your sleep.

Hilary’s Blinds decided the best way to measure and judge sleep is by using a FitBit. In the day time a FitBit measures your moment and exercise and at night you turn it onto ‘Sleep mode’ and it measures how restful your sleep has been and at what time you stirred and for how long. It’s quite amazing.

To help inspire good sleep, the team at Hillary’s gave me some great tips on how to prepare yourself for a restful nights sleep. I tried a verity of these over the week of sleep and tried to monitor the progress.

– Re-arranging your bedroom into a sleep inducing environment – keeping it dark, using thicker blinds if you have access to them. If no blinds are available, use eyemasks

– Switching off screen technology / reducing eye exposure to screens an hour or two before bed. This includes television, texting and using tablets

– Increasing the distance between your eyes and a screen

– Exercise during the day. The earlier the better

– Use software solutions such as Flux to dim lighting on PC and tablet screens – more info here: justgetflux.com/research.html

– Using lamps, candles and dim interior lights to reduce the intensity of indoor lighting before bed

– Balance and take in fluids during the day

Night 1:  Taking the advice from Hillary’s, I drew my blinds which I never normally do and I felt like I slept better than normal. My boyfriend also commented on how much nicer it was to have blinds as well as just our usual thin curtains. Restless: 27 mins. Stirred 7 times.

Night 3: My boyfriend went away on business this night, I always think I sleep better when he is with me, but it turns out I actually slept better when he was away. I also walked 8.3miles that day. I rubbed sleep oil on my temples before bed.  I ate early and light as I hate cooking for one.  Restless: 4 mins. Stirred 3 times.

Night 4: Once again my boyfriend was away on business, so I was home alone. I went to a launch that night and I had three strong cocktails. I slept badly as a result of the alcohol, especially compared to the night before. Restless: 20 mins. Stirred 7 times.

Night 5:  My boyfriend was back in town and my alarm was set for 5:45 for an early Eurostar train to Paris. I sleep badly with I know I have to be up early and I went to bed late as I was tying up loose ends and packing. I slept pretty badly and woke up really tired.  Restless: 17 mins. Stirred 11 times.

Night 6: I was in  Paris and I tend to sleep badly when I’m away from home. I woke up at 4am and I was awake from then, I never got back to sleep. I slept for little over 5 hours. Restless: 19 mins. Stirred 11 times.

Night 7:  I was crazy tired from my previous bad nights sleep, so I had an early dinner, used some sleep oil and avoided my phone, iPad and computer for 2 hours before bed. I slept much better and woke up happy. I slept for 7.5 hours and just woke up to pop to the bathroom. Restless: 29 mins. Stirred  13 times.

It was so interesting mixing up my sleep habits and getting my body ready for sleep each night. It was a great week to do it, in terms of seeing the impact a super early start had on my sleep as well as travel. The blinds really made a difference and both my boyfriend and I had agreed we will continue using them, rather than just out thin decorative curtains.

I found I slept so much better when I slept alone but I slept worse when I was away from home. My best nights sleep was when I was home alone and I had eaten early and light because I hate cooking for one. I slept marginally better when I used sleep oil and I loved sleeping with blinds too, I always thought it was better to wake up naturally with the sun rising, but actually, I loved sleeping in a darker room.

It was great fun working with you Hillary’s Blinds, thank you for giving me this challenge and commissioning this post!