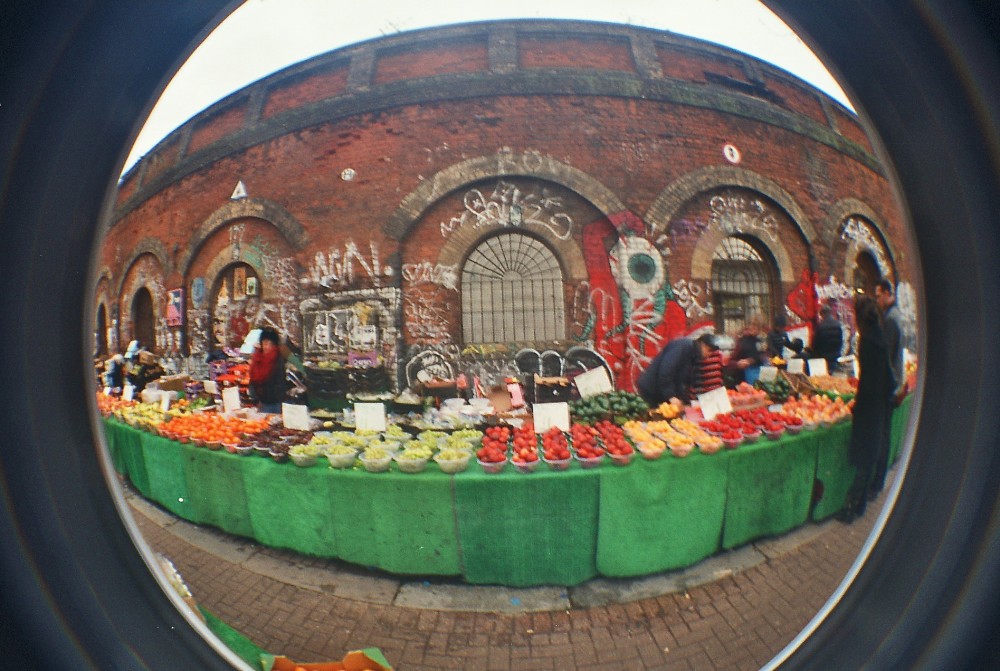 A few months ago I was in New York and I was so excited as I had my Fisheye Lomo Camera with me. I took so many (what I thought would be) amazing pictures of NYC with it. From the streets to the highline, Central Park to the top of the Empire State Building. I was so excited to get them developed that I made the most rookie error known to mankind…. I’m embarrassed to admit it has been so long since I used a film camera, that I actually took the film out the camera without winding the film back in. Therefore, I exposed the film to light and the whole film was wasted. ARGHHHHHHHHH!

I finally bought a new film and I took a few pictures out and about in East London to try the camera out. It felt so good to take real photos again after all these years and even though not all of them worked out, it was really fun playing with the camera. I think 2015 might be the year I have a bit more fun with photography and maybe I will do more with Lomo cameras!

So here we have it, in an around London with a Lomo Fisheye camera! I need to remember to only photograph in good daylight with this camera and keep very still when taking the pic, as it will show if you have camera shake!

So what do you think? More Lomo pics on my blog? 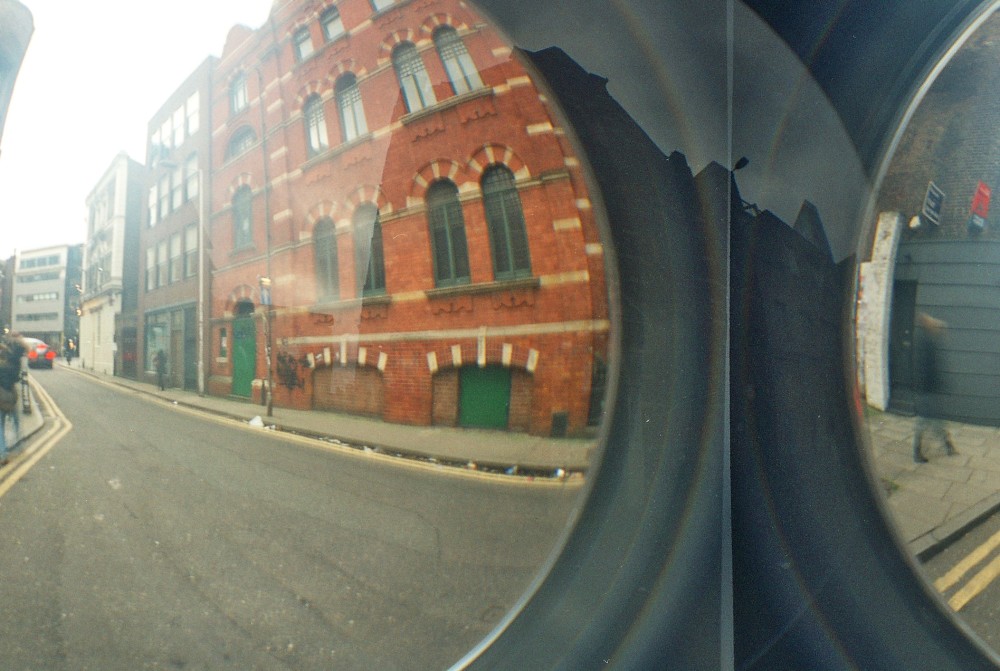 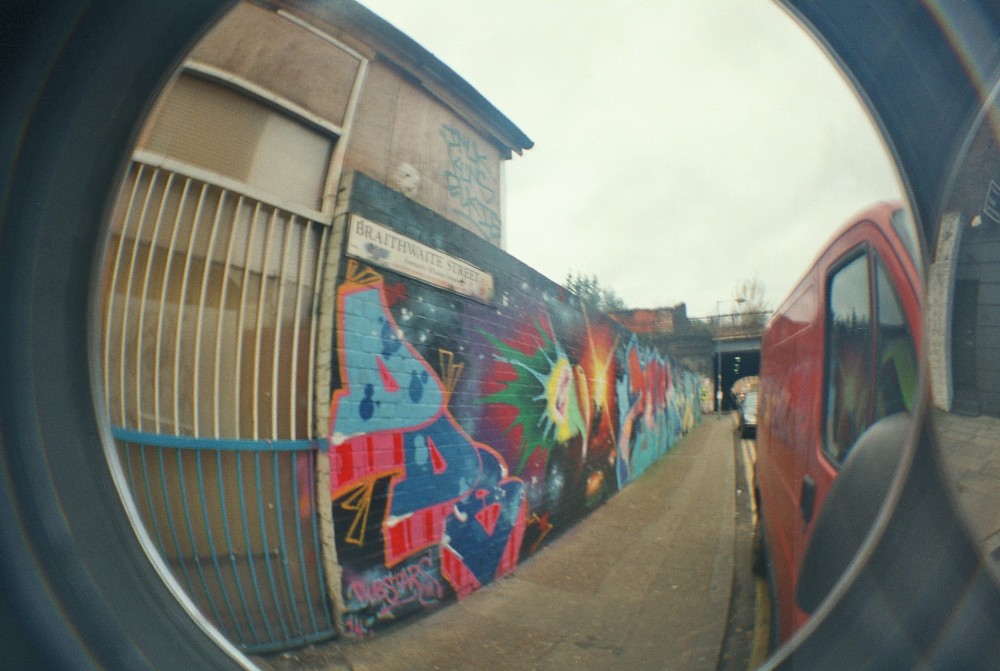 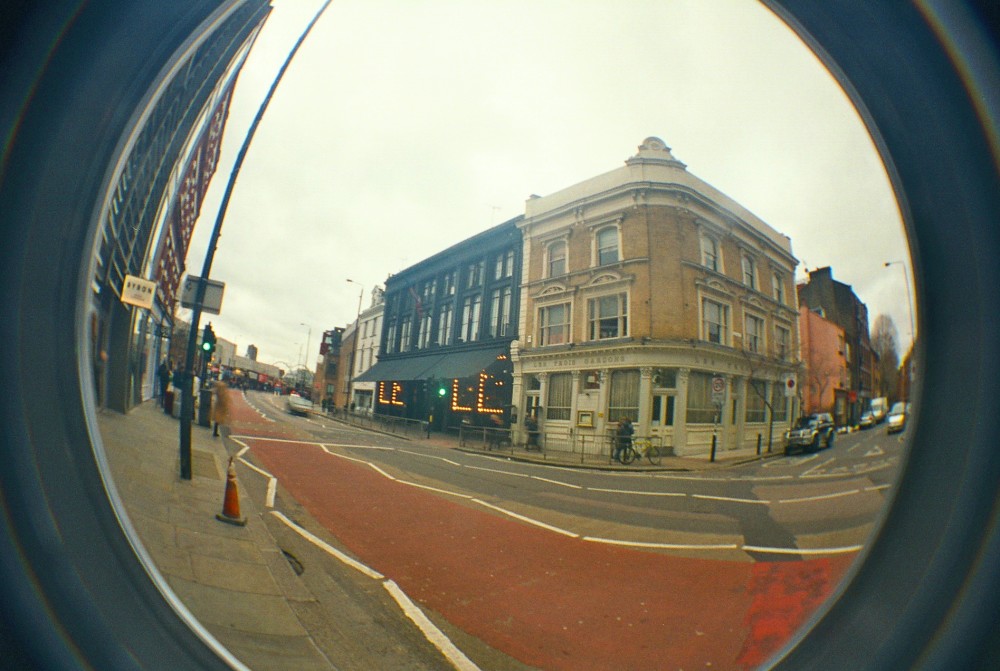 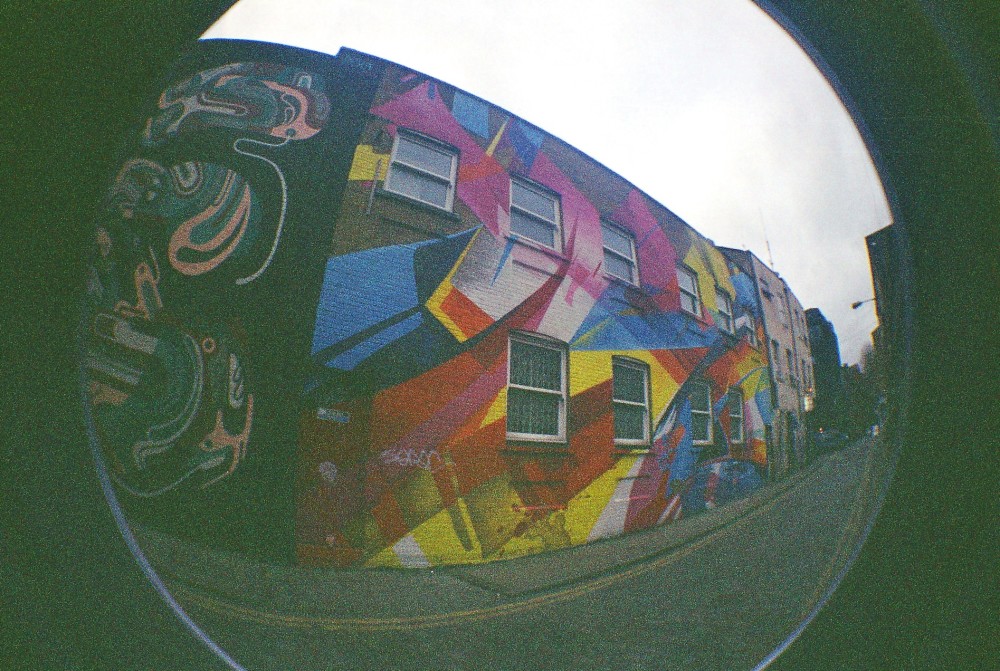 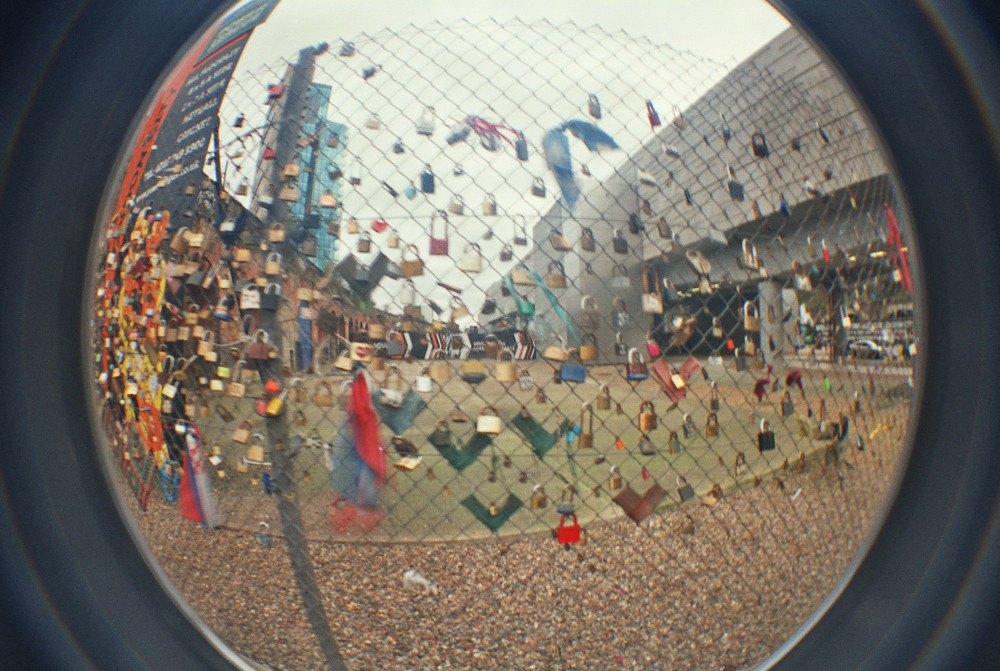 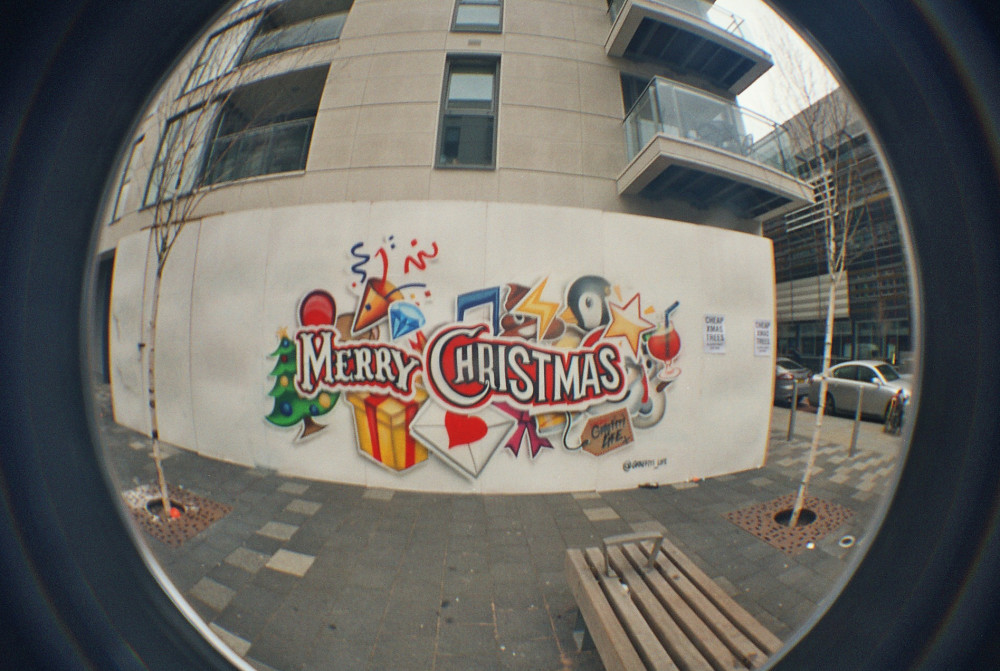 And how cute is this Merry Christmas Graffiti?!