Those who follow me on instagram, will have noticed that I was at Bestival this weekend! I had a super amount of fun and it was a real treat to finally attend this festival, as it is one I have heard so much about over the years and never attended!

Bestival is a festival that people go crazy for! It is easy to see why as it is kind of magical, it is located on the Isle of Wight, in Robin Hill park, and it is decorated with crazy amounts of, well, stuff. From a flags to an inflatable church, a giant disco ball to a knitted caravan. There is so much to see at Bestival and I think we must have spent a whole day just walking around looking, pointing and saying ‘oooohhhhh’.

The line up wasn’t really to my taste this year, but it didn’t really matter, as there was loads to see and do without watching bands…. oh how times have changed! Speaking of which, we also staying a hotel, we decided we were too old to slum it in a tent, so we found the only Five Star hotel on the island and checked in there instead!

The dress code at Bestival is basically anything goes and more is definitely more, we saw a *lot* of fancy dress; mermaids, kings, spacemen, pineapples, hula girls, you name it! There were a lot of us in street clothing too, I found myself wearing a simple teeshirt dress, kimono style cardigan, Eastpak Bag (perfect for carrying around my camera) and Cat boots. I may not have been dressed as a mermaid, but I was at least comfortable and practical! Speaking of which, a big thanks to Caterpillar boots for providing me with perfect festival boots! 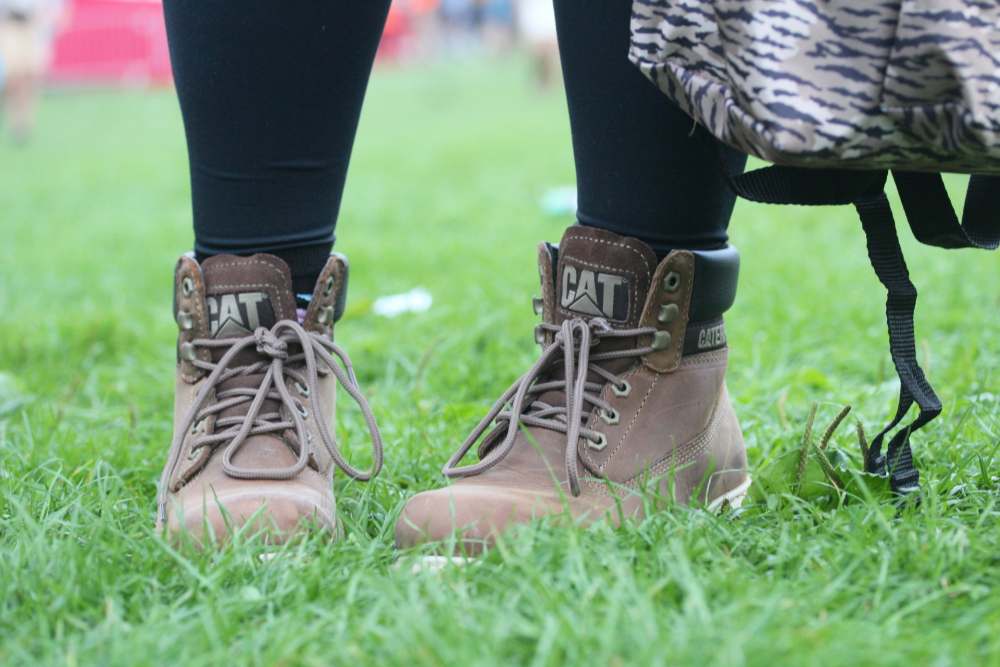 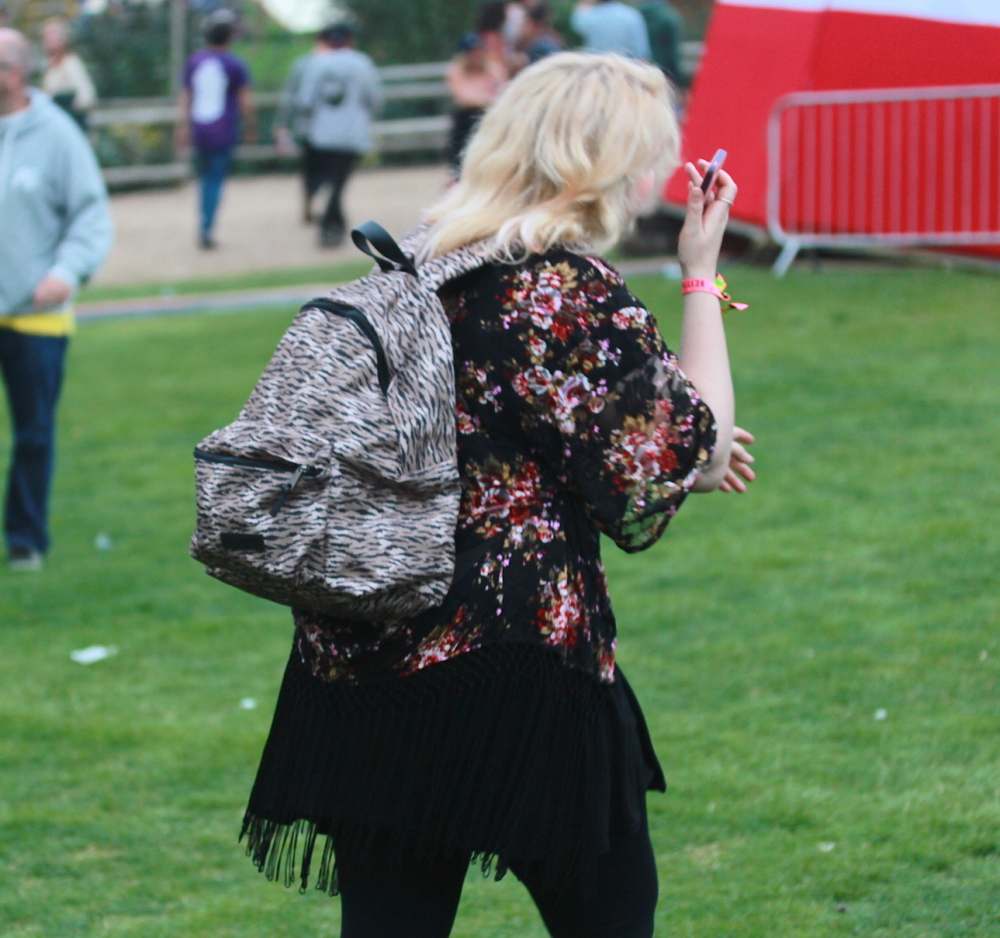 I loved this knitted caravan from I knit London… 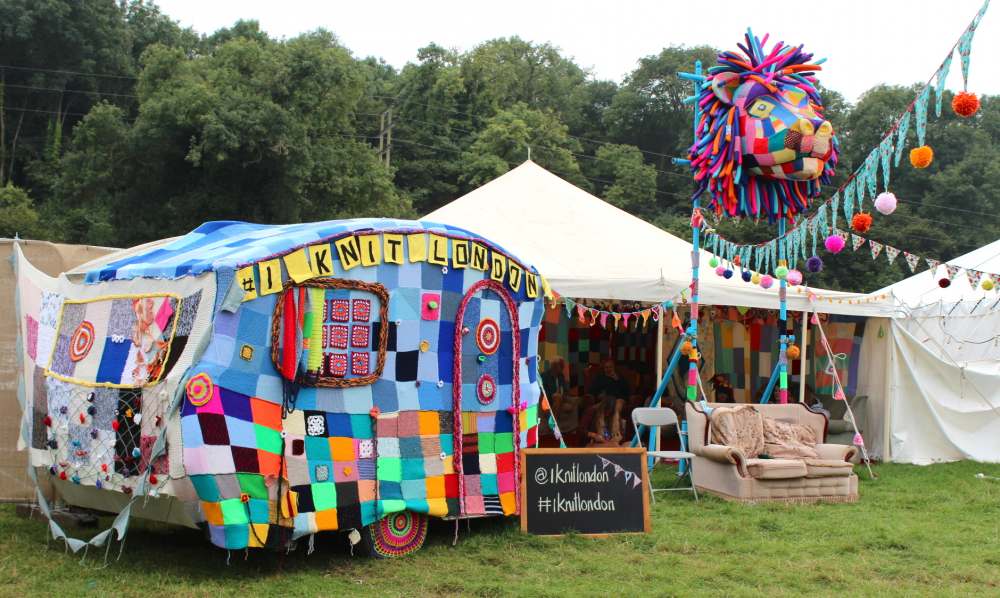 I feel like there was a million flags at Bestival, they looked amazing, check out all the fancy dress in the picture too…

There was some beautiful vintage fairground rides at Bestival, I couldn’t resist taking a photo and I loved this girls headpiece too! 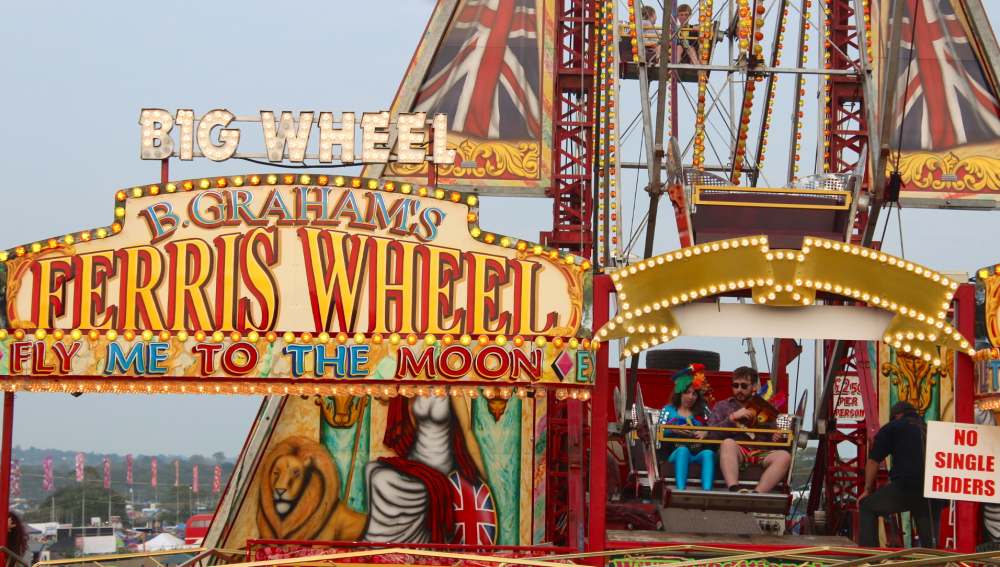 I saw a lot of people taking selfies by this 80s-tastic sign. I managed to snap someone bungee jumping in the background too, yes, Bestival even has bungee jumping!

These girls were megababes from the Mawara The Amazing’s Majorette Troupe who were hula hooping by HMS Bestival, they are super nice and I took about 100 photos of them hula hooping, if I had the coordination, I would hula hoop too! 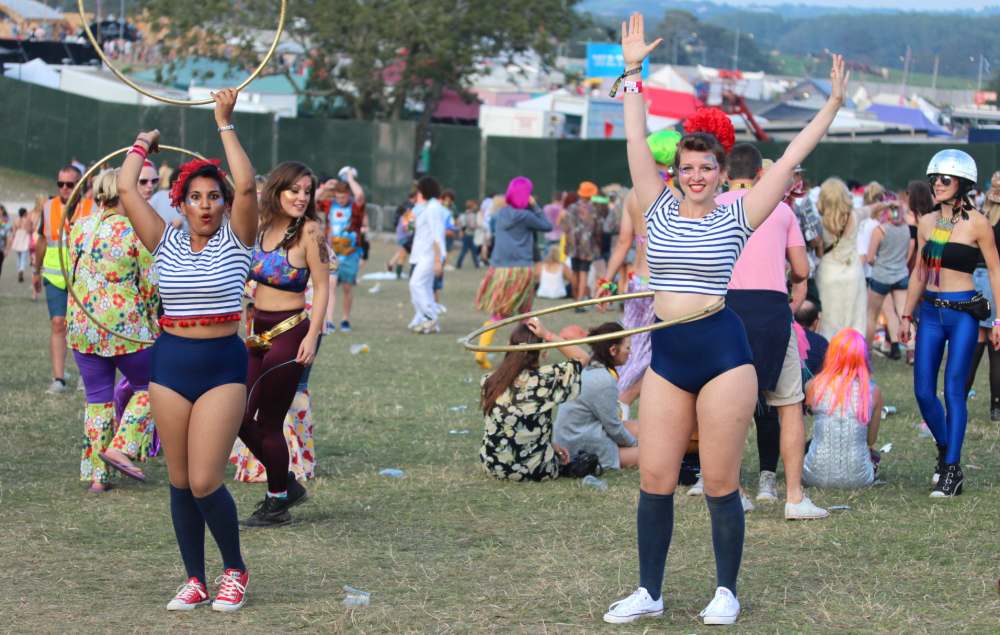 Listerine Stay White were on-call each morning to help festival-goers keep their teeth clean and have a general freshen up of their hair and make up. In the afternoon they had a DJ and hosted paint parties. They provided everyone with white overalls and hats, while paint was thrown. It was pretty spectacular! 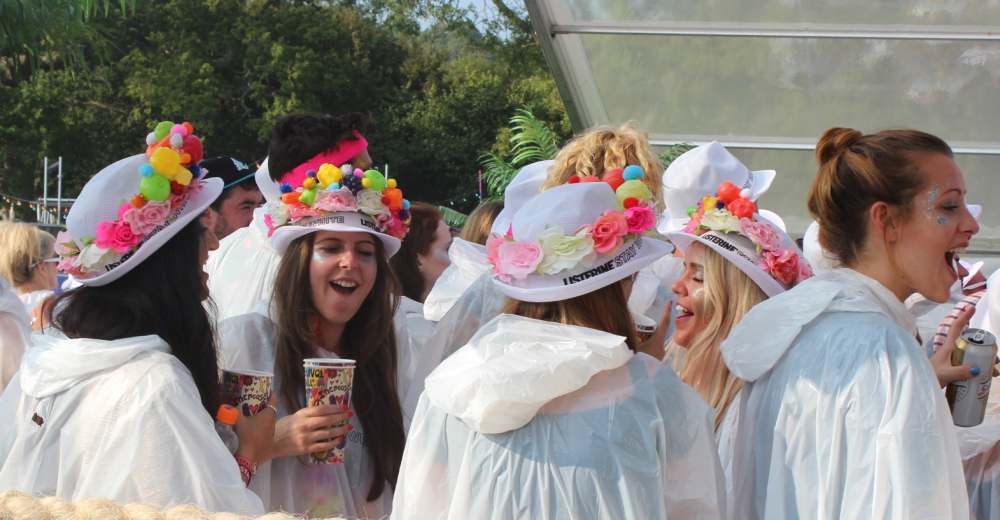 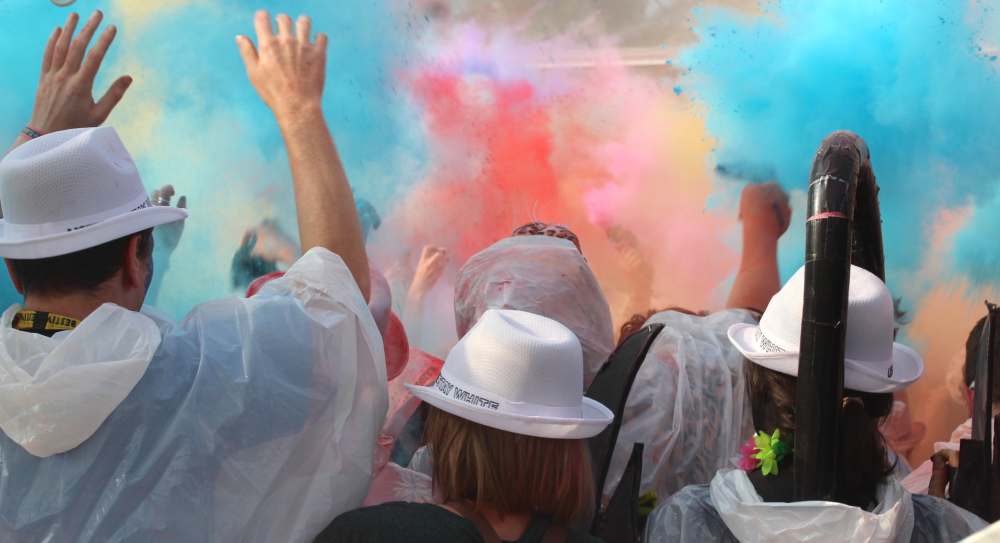 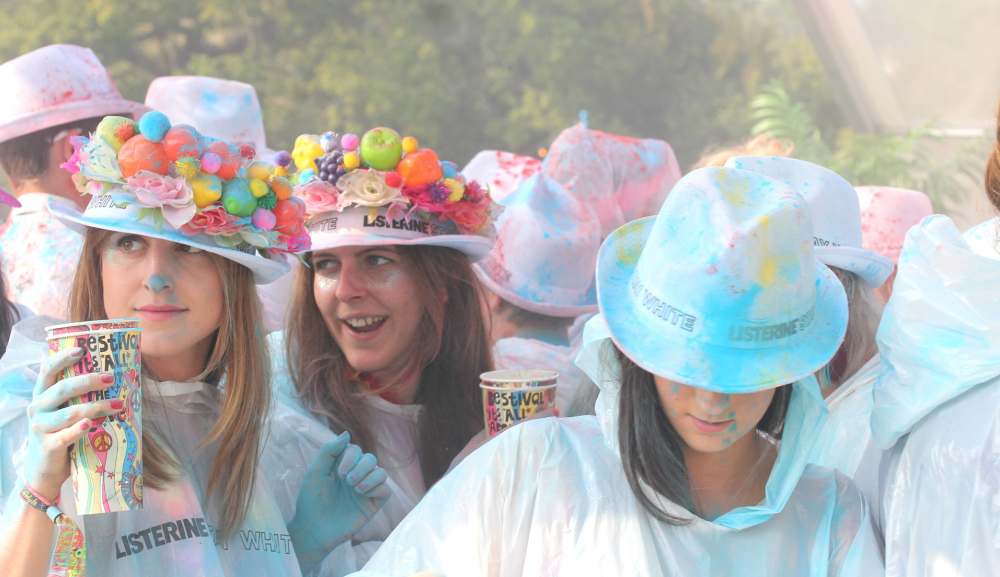 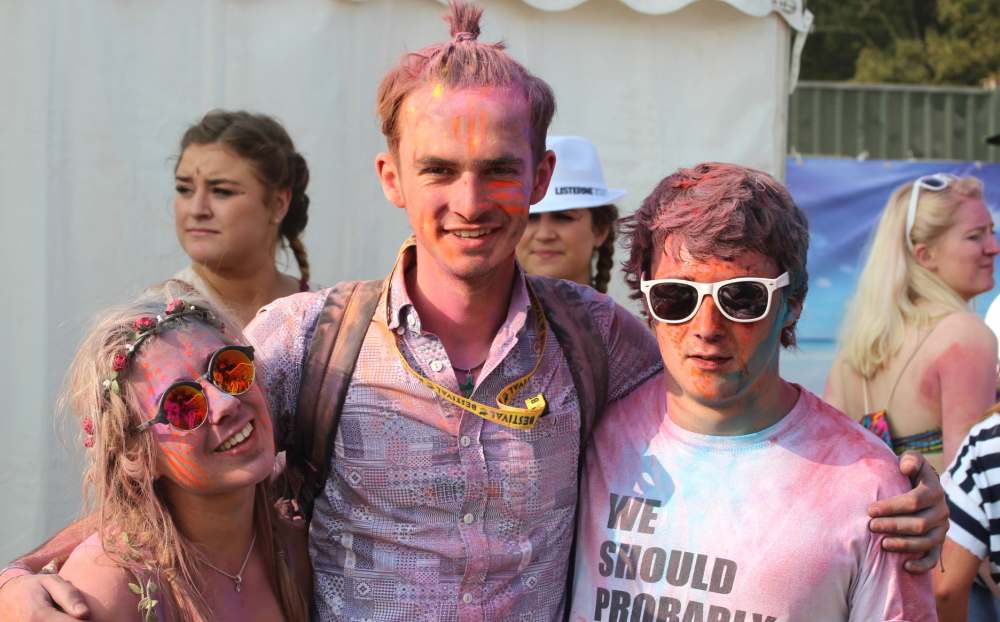 We hung out in Bestival Bollywood… 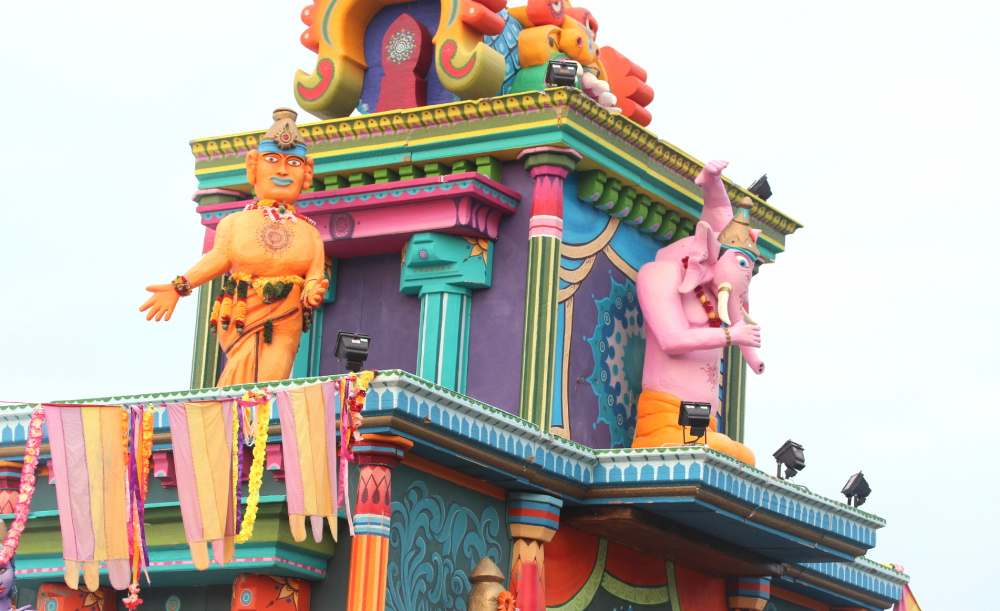 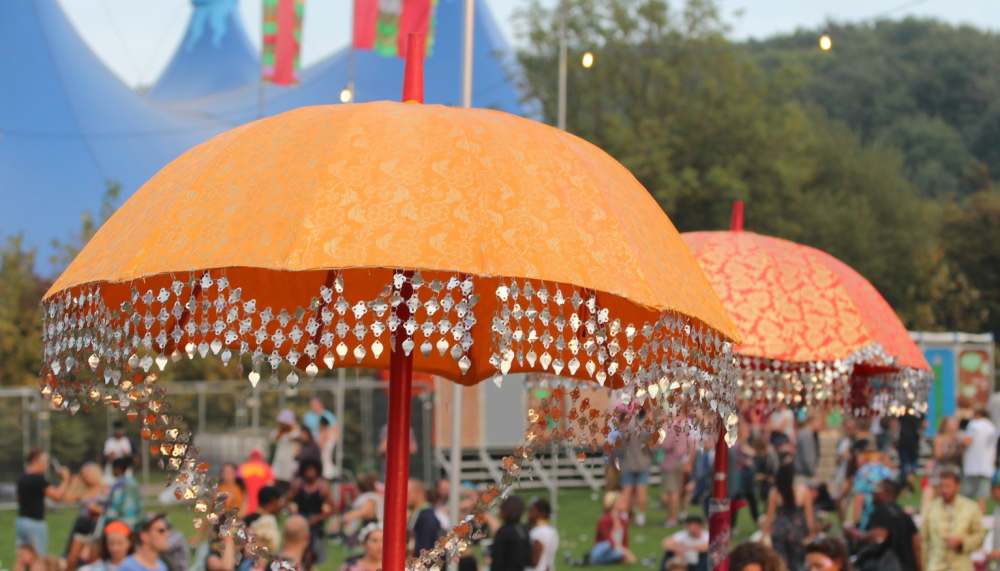 Ate a lot of delicious food… 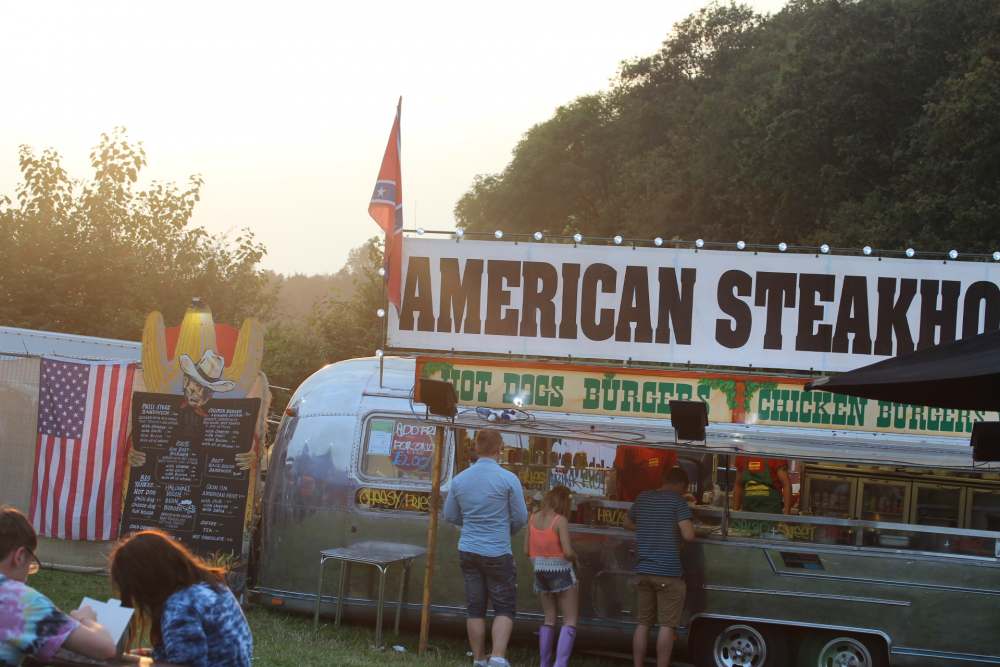 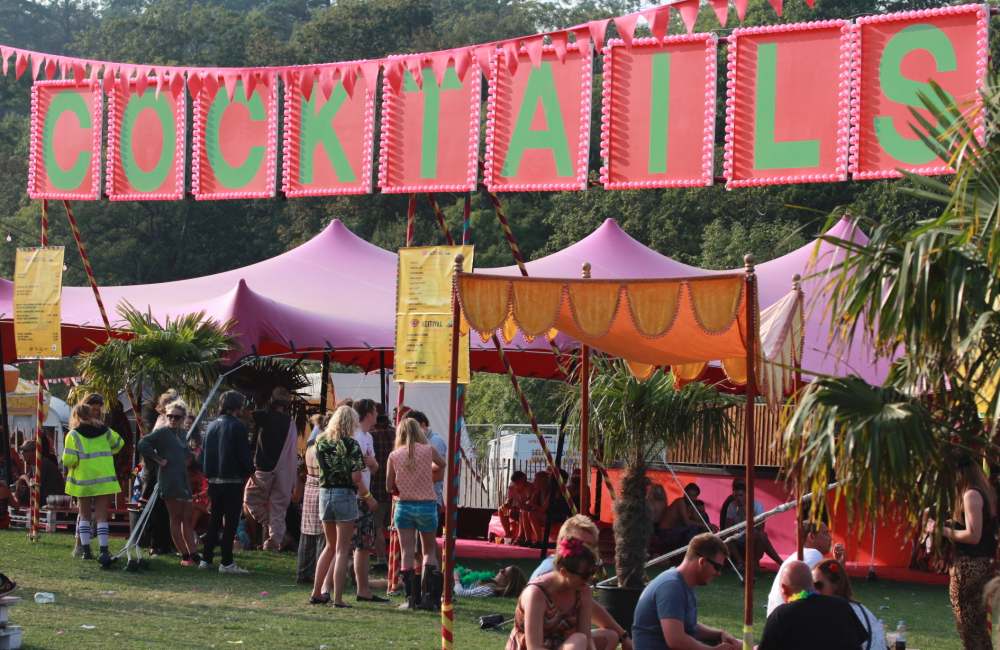 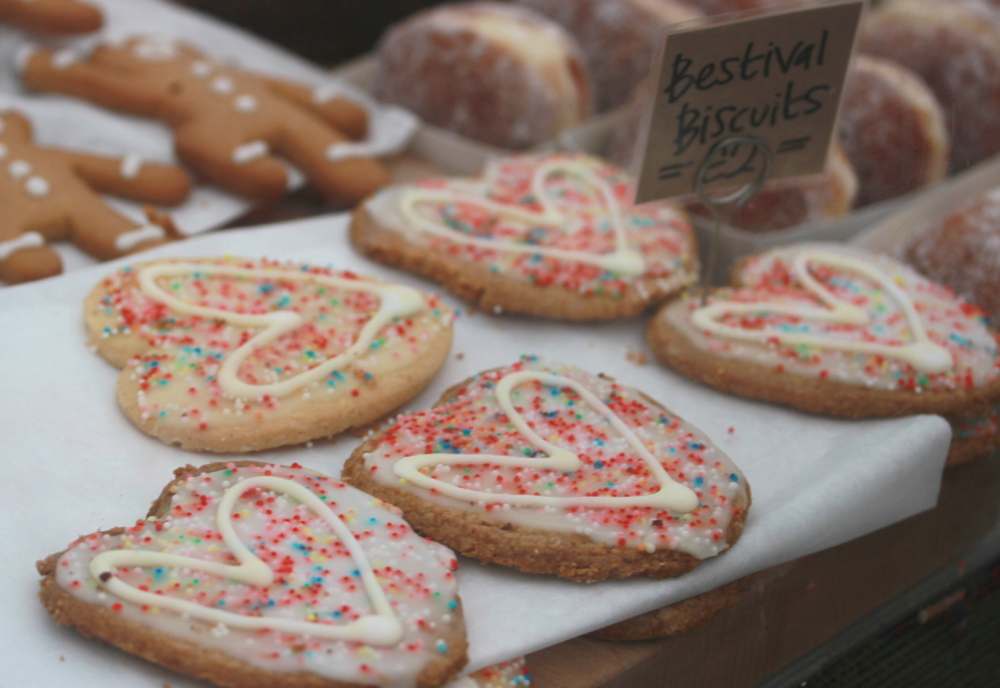 Oh.. and there was also a parade, somewhere between Disneyland and Notting Hill Carnival! 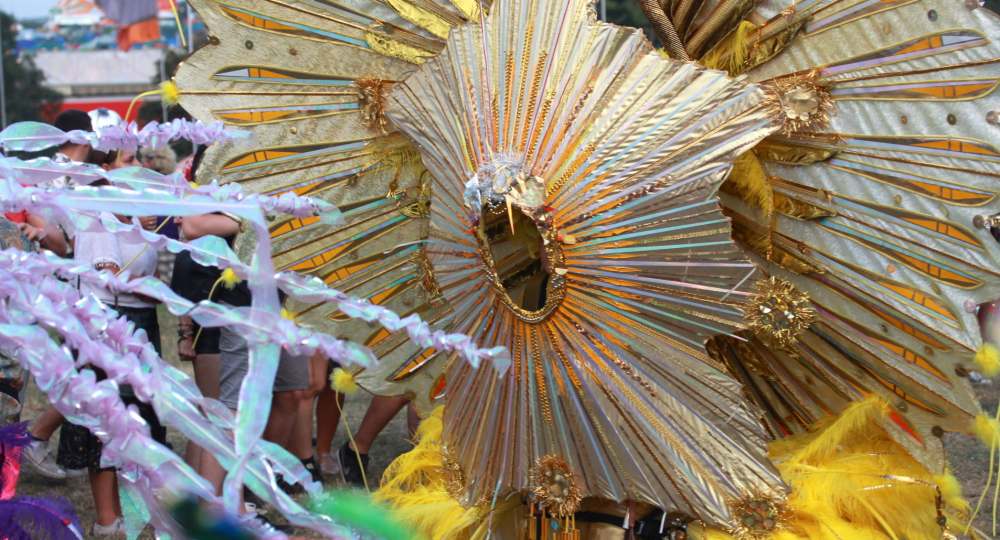 A big thanks to Listerine Stay White for inviting me to Bestival!