Regular readers of my blog will know I LOVE jewellery, so imagine my excitement when I got an email inviting me to a VIP breakfast at Theo Fennell‘s Flagship store and studio in Chelsea, which included breakfast and a workshop tour. Eating and jewellery? That’s pretty much my ideal morning! 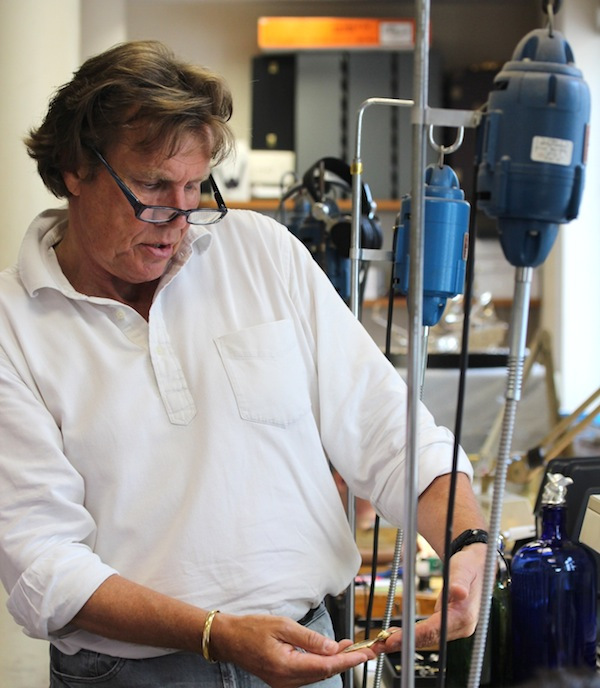 Theo Fennell is a widely known as one of the UK’s most important jewellers. The Daddy of British jewellery design and craftsmanship. He studied at Byam Shaw (which now part of Central Saint Martins College of Art and Design) and then went off to work as an apprentice for Edward Barnard, a very traditional London Silversmiths. Soon after he left Edward Barnard, to open a tiny workshop in London’s jewellery quarter, Hatton Garden. He later opened his shop in Chelsea and gradually got bigger and bigger until they rebuilt the building to make a purpose built studio and shop. Each piece of Theo Fennell jewellery is designed and made in the UK in either single units or very limited runs. 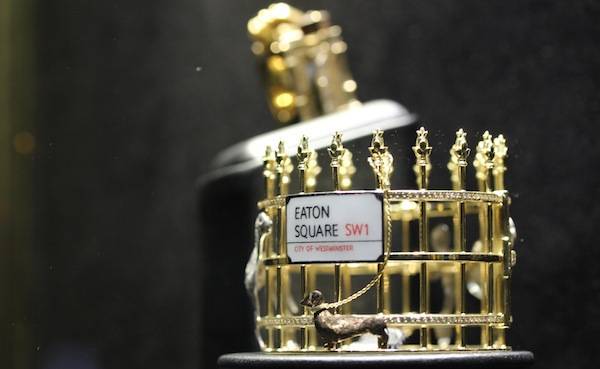 For the past 30 years, Theo Fennell has been creating beautiful, intelligent and witty designs. His 2007 ShowOff! exhibition at the Royal Academy was ground breaking as it changed the way people perceived jewellery. Theo Fennell works with the worlds top stores; Harrods, Selfridges and Harvey Nichols and gets press regularly in the worlds top glossy magazines. Clients include David Beckham, Kate Middleton, Helen Miriam, Elton John and Madonna… no biggie! 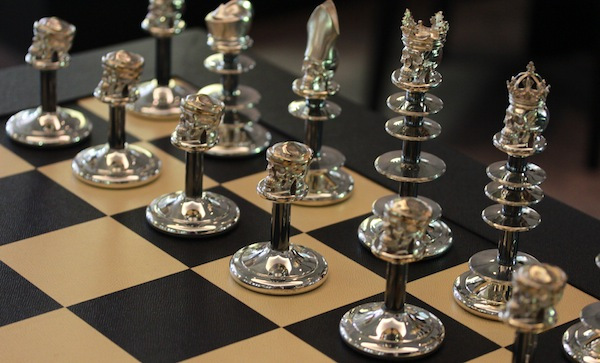 As well as jewellery, Theo and his team spend a lot of time crafting beautiful and quirky everyday items too. Such as drinking glasses, letter openers and my personal favourite, a giant chess set with skull detailing. One player uses silver chess pieces, the other player uses oxidised chess pieces. It is beautifully presented on a leather board. It is the ultimate gift for the man (or woman) who has everything! 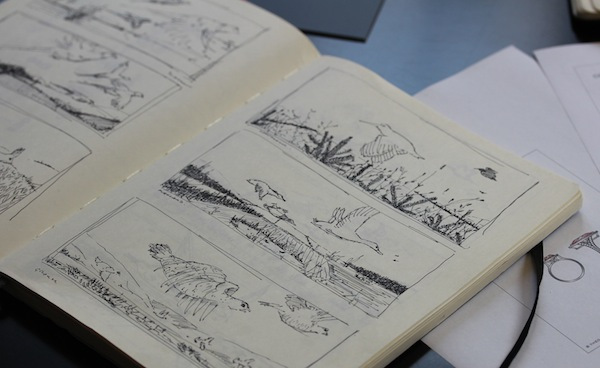 While you can buy Theo Fennell pieces ‘off the peg’, most of what he does is commissions and bespoke designs. The process is incredible, Theo arranges meetings with the client, discusses what they want and what he thinks would be beautiful, draws sketches, makes a spec sheet and creates the piece. Each piece is made in his studio in London, which were a real treat to see. He has stone-setters, engravers, silversmiths and always an apprentice on site. It is very important to Theo he works with some of the most skilled craftsmen in the UK and also important to him that he trains up the next generation too.

This summer sees Theo Fennell partnering with Glorious Goodwood and their Magnolia Cup Race. This is the charity race at Ladies day which takes place on 31st July, one of the most exciting races of the day! Not only is he sponsoring the Magnolia cup, but he will also be previewing the 18kt yellow gold ‘Whip’ Collection.

Here are my photos from my amazing morning… enjoy! 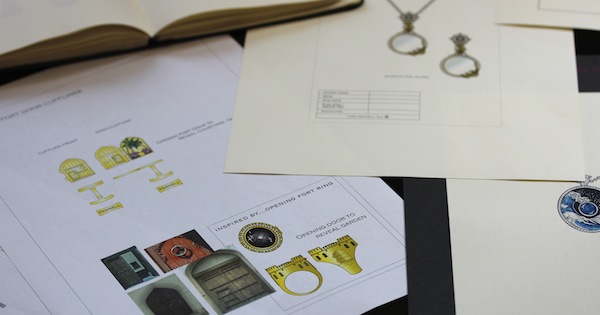 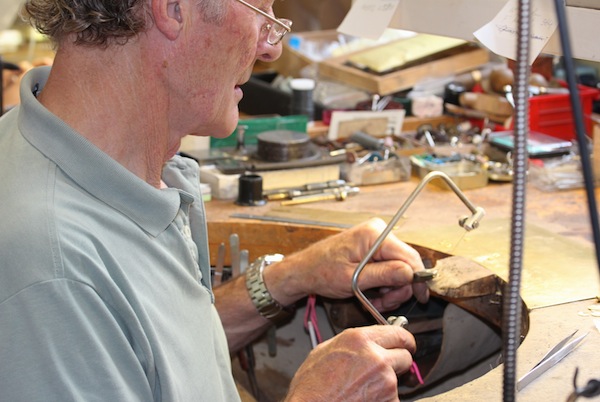 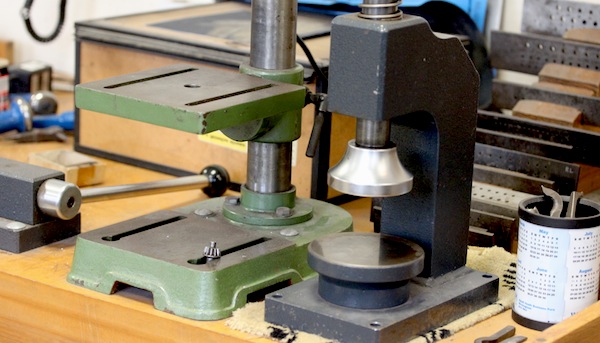 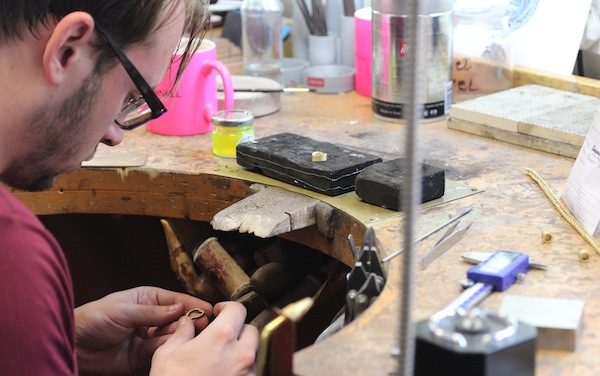 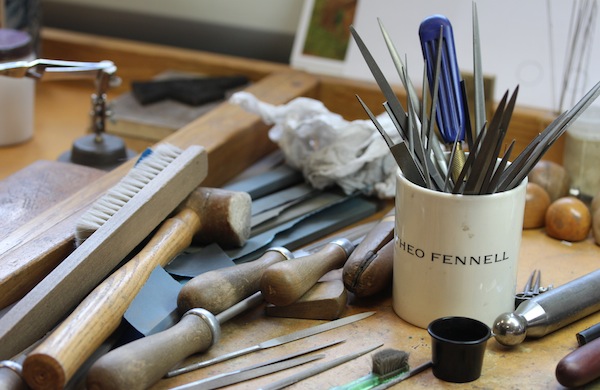 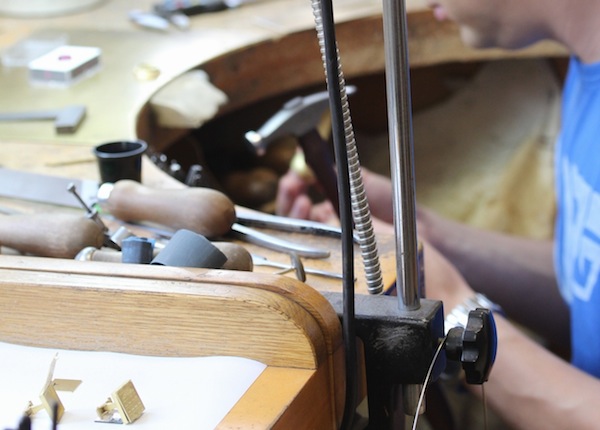 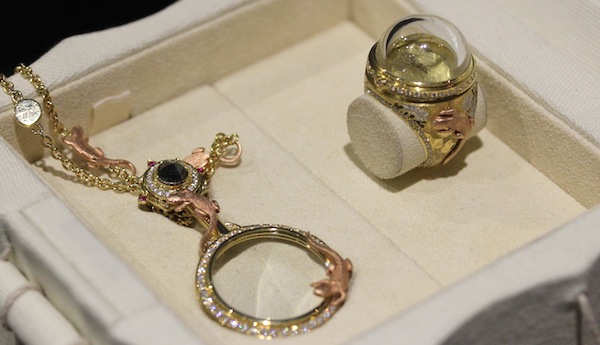 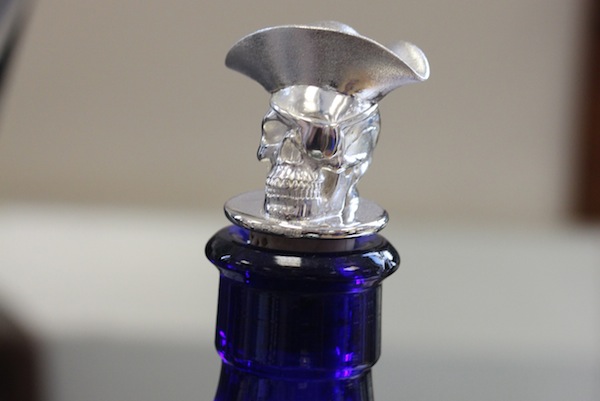 Thanks for inviting me to your amazing studio and shop, Theo Fennell and team! It was such a treat to hear Theo Fennell talk about his brand, design, craft and jewels!