Founded in 1971 by Franklin Loufrani, Smiley are the happiest brand in the world, Literally! We may think of them as a fashion and lifestyle brand, but Franklin was actually a journalist who used the logo to highlight happy news. Smiley is all about seeing the lighter side of life and being happy! It is an icon of joy… I’m into that!! 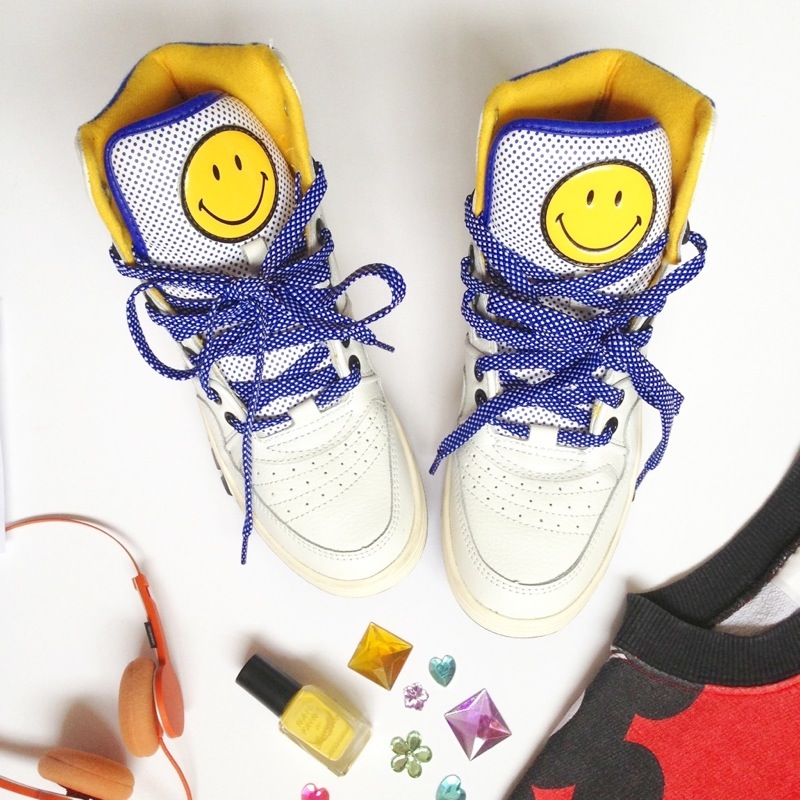 The Smiley logo is recognised worldwide, it has appeared in countless films, books, adverts, events, you name it. In the 70’s it was an icon of pop culture, in the 80s it was synonymous with acid house, and in the 90’s it was linked to hip-hop and omnipresent for grunge, let’s be honest, what else was the Nirvana logo based on? like stratopheric huge! 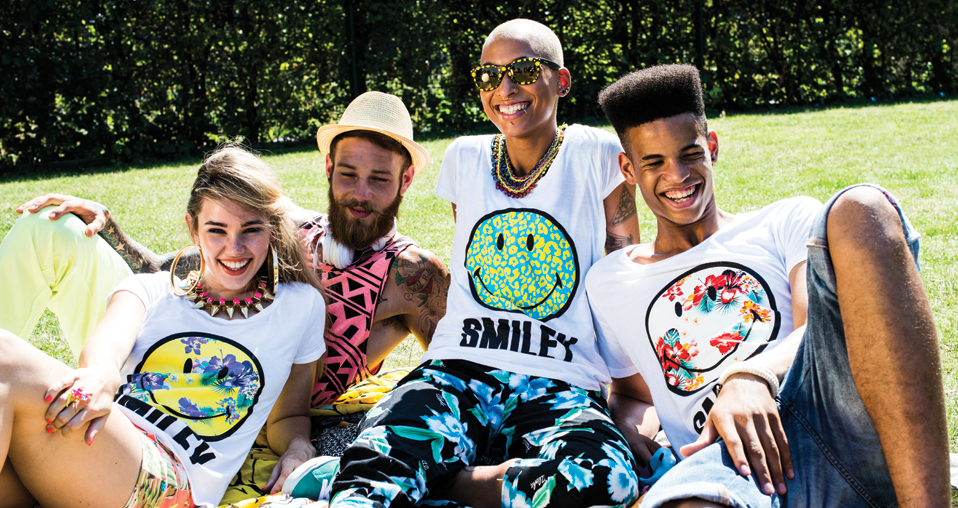 It was also Smiley who first started developing keyboard letters to create smiley faces in documents and developed Emoticons which you now see everywhere! Those Smiley faces you see everywhere are actually Smiley smiles.

Smiley have a shop in Boxpark, East London, which is just a stones throw from where I live. Boxpark have all the cool pop-up shops and food places right now. There is always a party on there and Nike are constantly hosting different events and gigs there too. Boxpark is hot right now, it’s cool and fun and it is the home of the East London Smiley shop too. The store they have there is super fun, it embodies the Smiley brand and concept. It has the feeling of a nightclub popup shop, and it has everything from their limited edition collaborations, to jewellery, headphones, figurines, trainers, sunglasses, you name it. It is a whole world of Smiley items, along with a great selection of their iconic tee shirts!

Over the years, Smiley have collaborated with numerous fashion brands; JC/DC, H&M, Louise Gray and Pony to name just a few of them. It was the JC/DC collaboration which first drew my attention to Smiley and it was the Pony collaboration which made me think ‘I need to get me some of that!’. And with that in mind, here are my brand new and super cool Pony X Smiley trainers! They are super cool high-tops with Smiley faces on the tongues. I love the way they collaborated with such a classic 80’s brand to bring total street vibes to these trainers! I had to have them! 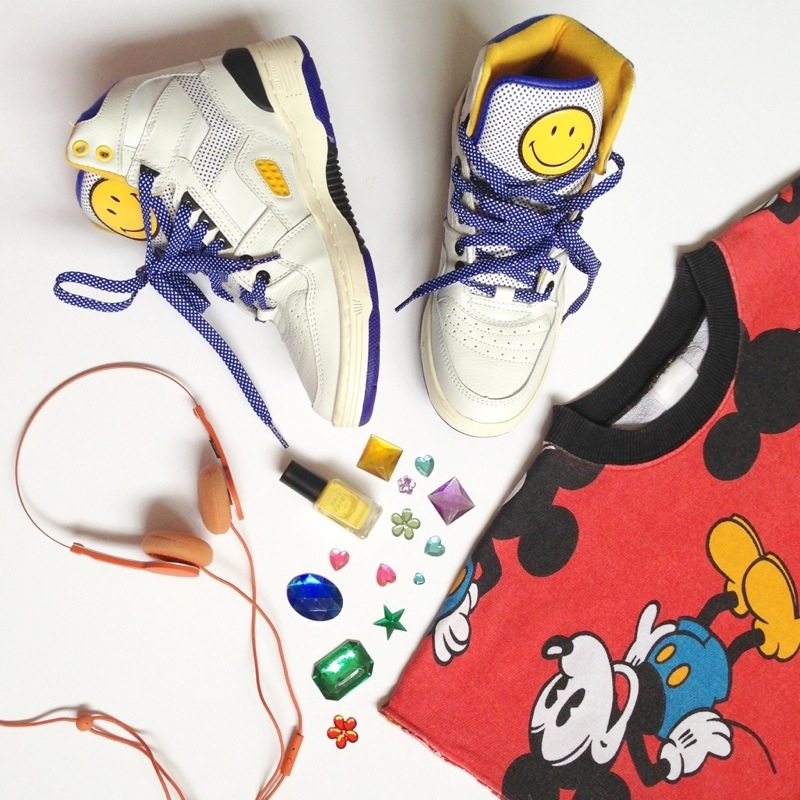 What do you think of my new trainers? Did they put a smile on your face?