Last weekend I went to the infamous flea market in Lille, the Braderie!

I was given a tip-off from a friend about this market; it is huge and only happens once a year. Since you can get there in an hour and a half from London, I couldn’t resist booking a Eurostar ticket and an apartment and heading out there for a long weekend!

This market happens every first weekend of September and takes over the whole city; from general market traders, to antique dealers, to the residents of Lille. The streets are lined with French folk selling their wears! It is estimated to be 200km of market stalls, the roads close and every pavement is filled with treasure!

I headed out on the Friday morning, saw the city of Lille in the afternoon as it prepared for the market. We had lunch at an incredible restaurant, Aux Moules. I had steak and chips, my chap had Moules and chips. We both adored it! We were lucky we went on the Friday as it was crazy busy during the weekend. It had queues outside all day long! It was incredible and I loved it, we only waited about 10 minutes for a table, but it’s worth waiting much longer for if you have to. It was delicious and really good value for money too!

On Saturday the market starts, by 2pm it was in full swing. In the centre of the city the streets were filled with mainly new goods; both market traders and brands selling old stock at sale prices on stalls in front of their stores. Generally in the centre we found all the goods were new and the streets were packed. At times, it was bottle-necked and impossible to move. To be honest, this wasn’t what I had come to Lille for, and we avoided the city centre during the Braderie.

Slightly outside the city centre, but still on the main streets you had more market stalls, which were mixed in with antique stalls. It was here I bought myself a new vegetable peeler (why not, I needed a new one!) and nail polishes by a brand called Yes Love (you will see these popping up on my blog soon!). I liked this area, as I loved the polishes, and I also bought quite a lot of saucisson here too!

A little further out (only about 10 minutes walk from the city centre) it becomes a little more residential. The streets are smaller, with lots of cobbled pavements and traditional French townhouses. It was on the streets that I spent most of my time. This was where the residents of Lille had set up a stalls outside their apartments to sell their unwanted goods, and the antique dealers located. There was so much good stuff and so much opportunity to rummage around. There is so much to look round these areas, at it is almost overwhelming. With cash in your pocket and an empty suitcase you could buy some incredible items at really reasonable prices. If you had a van, you could really go wild and buy furniture and really fill your home with incredible items!

I go to France a fair few times a year, so while I can speak a tiny bit, it is barely GCSE level. Everyone I spoke to was so friendly and helpful and between my limited French and their English, I got by with barely an embarrassing moment. The Braderie is like carnival time Lille, everyone is in good spirits, really friendly and welcoming. On Saturday night the market doesn’t close and people stay up all night selling wears and well, drinking! There’s a real party atmosphere and it’s really fun! On Saturday night we went out after dinner with our torches and explored the canal area, there was a fun fair and loads of stalls of bric-a-brac. I actually bought a dress by torchlight here at midnight. I could barely see what it looked like, but it was 1€ and I wanted to take the gamble! I discovered the next day it was actually really nice!

On Sunday we explored the outskirts of the city a little more. We ate crepes and flan while we shopped for posters, clothes and brick-a-brac.

We left Lille on Monday morning, the streets had re-opened making getting a cab much easier. I’m so happy with everything I bought and I would definitely return! If you do go, I would recommend getting an apartment about 5/10 minutes walk outside of the city, as the city centre was crazy crowded and not where the best stalls were. I would also take a torch, as it was really exciting exploring late at night by torchlight. I would also advise anyone to carry a backpack and wear the most comfortable shoes you own. We walked for hours everyday as it’s the best way to get around the city during the Braderie!

I bought some beautiful things from the market, including a Manoush top and vintage Burberry coat. In my dreams, I had hoped to see lots of vintage Chanel, Celine and Hermes, but I barely saw any of these brands. What I did see was still fairly pricey, but much cheaper than it would have been at the Paris flea markets. In general everything was cheaper than in Paris, from food, accommodation and everything at the markets. There is a lot to look at, a lot of junk mixed up with beautiful antiques too. It can also be overwhelming as there is so much to look at and so much to buy! I would definitely go back, it was a really fun holiday and it was such an exciting time to be in Lille! It was fun, the people were friendly and I love what I bought! Here are some photos, hopefully it will give you a good idea of the Braderie! 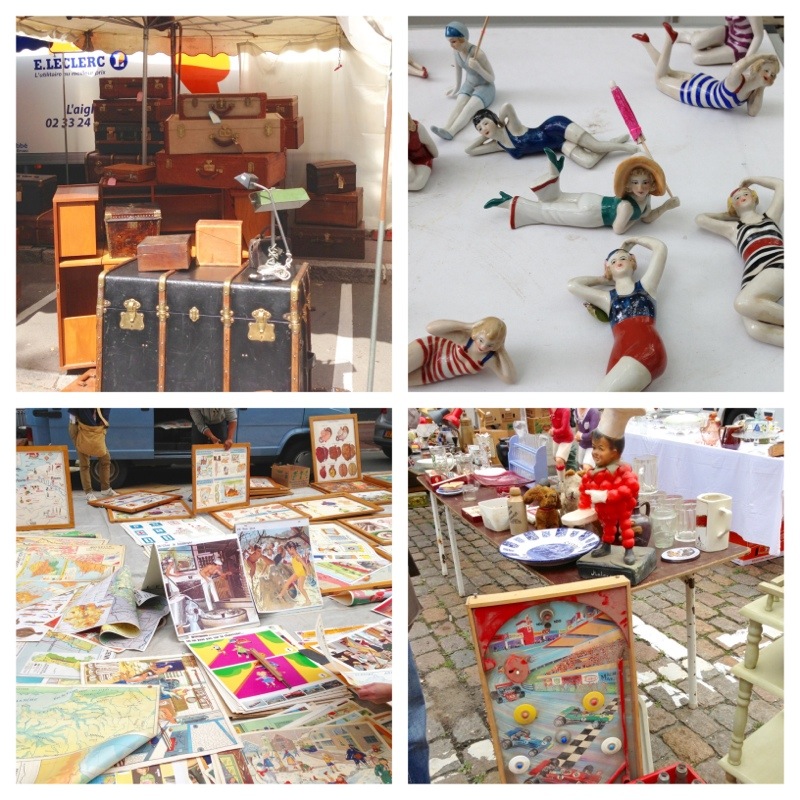 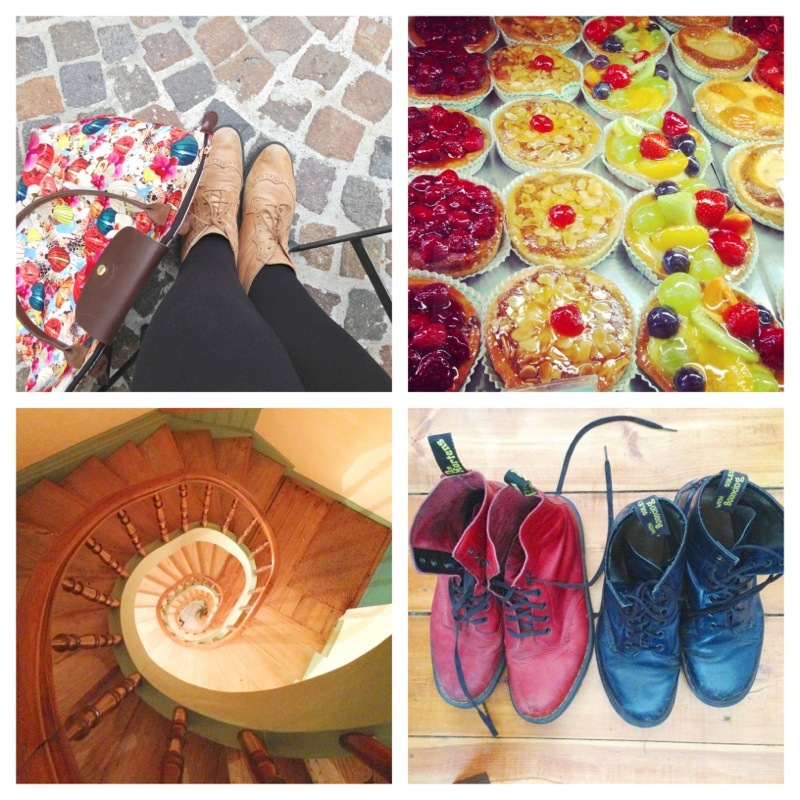 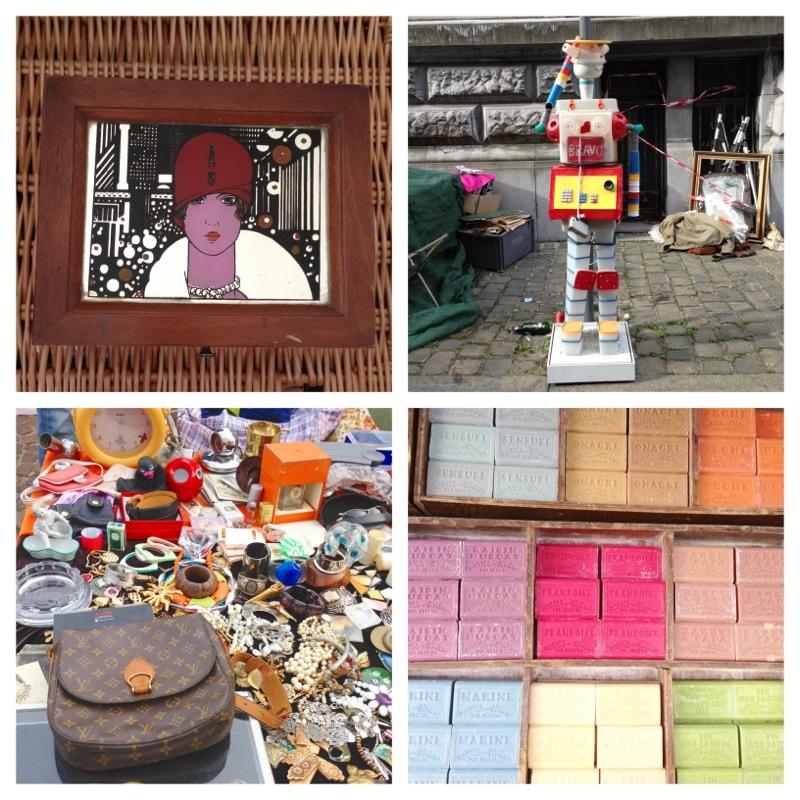 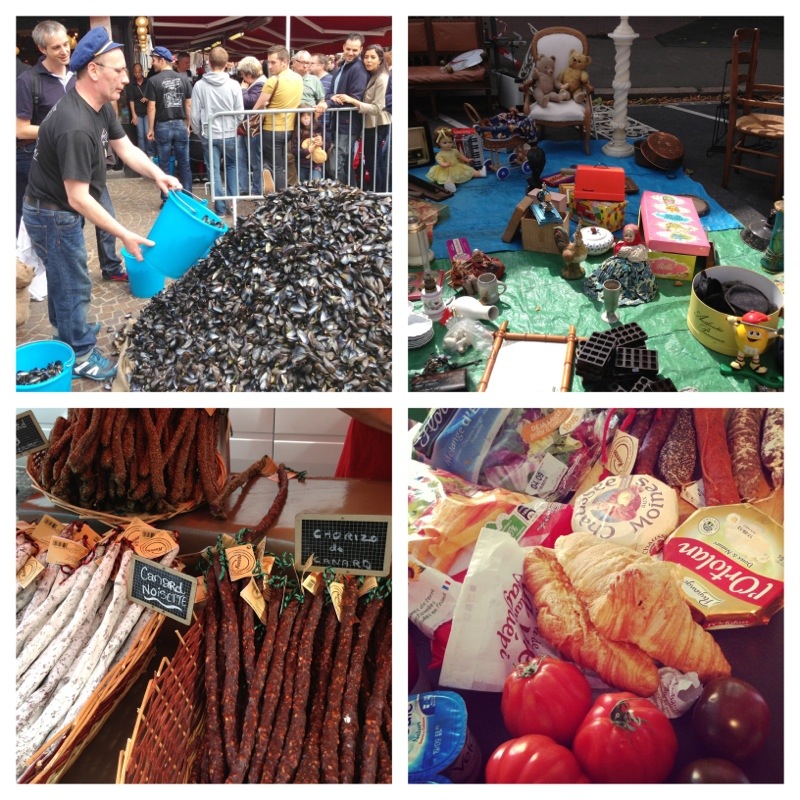